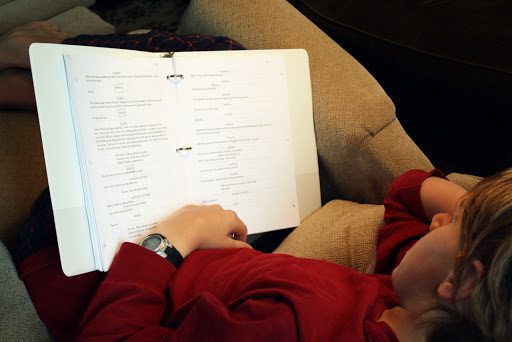 I’ve been a little distracted lately. Maybe you noticed? Probably, since I’ve all but ceased to post. I wasn’t completely honest when I made that list last week about all the stuff going on in my life. There was one more thing.

Last week my older son and I auditioned for a play at the local university. And got parts.

And then I stopped sleeping and partway lost my voice.

I have never acted before. I’ve always wanted to act, but there was no theater program in my high school and I was too intimidated and insecure in college to give it a shot. I wondered what it would be like to be a part of a cast, to learn lines, to rehearse. In fact, a couple years ago I made up a list of dreams, and “being an actress” was the first thing I wrote down. (Not that being in one play makes me an actress, of course.)

I’m on a steep learning curve. I’ve learned that a rehearsal time of 6:30 means you are ready to go at 6:30—signing in, getting dressed, all that stuff happens beforehand. I had to google to find out what a “green room” was (because the green room sure didn’t look all that green). I finally understand “blocking.” I’ve learned that when the stage manager says we have two minutes of break left, we’re supposed to say, “Thank you, two,” which, for some odd reason, makes me feel very British.

I still feel like my brain is getting flipped upside down when people say “stage left” and “stage right.” The other night the director was telling us to “center down” and I had no idea what she meant. I just stood there, clueless, and then my “sister” sat down on the bench and I realized the director was telling her to “sit down.” I’m so lost I no longer even understand regular commands!

My son is a Union soldier (and a non-speaking draft dodger) and a meeting house member. He carries a gun and tries to grab my stuff and my husband beats him up.

I am Edith, the next-to-oldest child in a family of five kids. I am newly married and get to act 15 years younger than I really am (shouldn’t be too hard, I’m afraid). I have disturbing dreams and visions—the one bedroom scene makes me think of Tevye’s nightmare in Fiddler on the Roof (though it’s nothing like it)—and my kids love hearing me rehearse them. I’ve taken to interjecting my lines into everyday life. For example, when my husband (the real-life one) makes a comment about me being stressed, I start wailing. “It’s like a raging river ripped me from the ground and dragged me down with it!” (Also, he now calls me “Eeeediiith,” in a creaky, old-man voice.)

I’m learning to navigate a hoop skirt. There will be corsets (and bloomers and chemises and petticoats and stockings and boots and skirts and bodices and bonnets and FLAME RETARDANT MATERIAL (though I don’t think I have to wear any, which is kind of good since my biggest childhood fear was of being burned at the stake) (though it would be rather dramatic to go up in flames, don’t you think?).

Oh yeah, and we have to sing. There are trios and rounds and mini solos. I am not a strong singer and have never sung in a choir, so that’s all new to me, too. (Go me!) 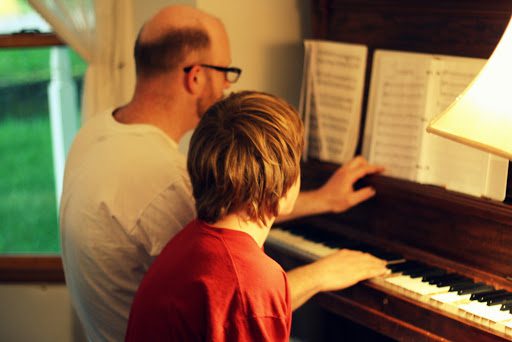 The other night, my brother graciously came over to help my son practice his bass lines.

I’ve been guzzling ginger-lemon (and lime) tea like my life depends on it. (Edith’s may.) 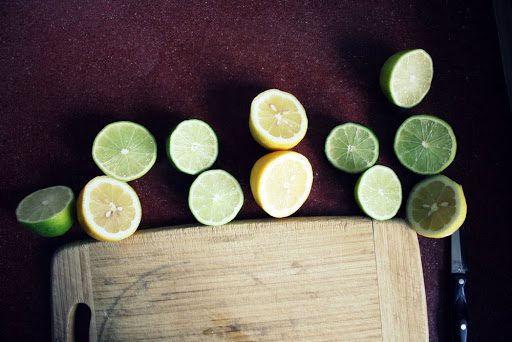 Performances are scheduled for the first three weekends in June. I’ll keep you posted.