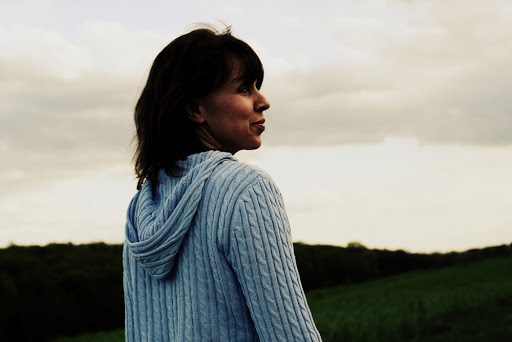 My well of creativity has run dry. All week long I’ve had nothing to say, and I still don’t. I don’t even really feel like blog-chatting.

I mean, I want to chat, but I have no idea about what.

I get this way about life in general, in which case it’s called “boredom.” When General Apathy takes over (usually every day around 3 pm), I kick start myself by calling up a friend and asking what she’s making for supper, what gossip she knows (yes, I’m naughty), and whether or not she’s had any profound thoughts as of late.

If I’m lucky, she’s in a rambly mood and soon I’m puttsing around the house emptying the dish drainer, cleaning off the table clutter, maybe even setting a pot of rice to cook, all the while the phone smashed between my shoulder and ear. By the time I hit the “end” button, I’m smiling, my brain is jumping with ideas, and I have a renewed energy to do what needs to be done.

When I get in a funk, bloggy-wise, I don’t call anyone. I stew and mope and feel bad about myself in general.

About a week ago, Joy did a post on Ten (Super Rad) Blog Post Ideas. She had a lot of good suggestions, like to do a how-to post, or a day-in-the-life post, or a best-of post, but I can’t (don’t, won’t) just pull that stuff out of my hat. Which brings me to the next point.

I am incapable of coming up with those extremely popular top ten lists. I struggle to generate basic metaphors or lists of three, you know, where you say the dude at the checkout counter was pimply, greasy-haired, and, and, and—oh crap, I don’t know what.

So anyway, I deal with this running-on-empty state of being by doing one of two things: a) nothing, which is deeply unsatisfying and makes me feel like I’m turning into a soggy lump of moldy bread, and b) disciplining myself to type words dagnabbit, itdoesnotmatterwhatwordstheyare. But that feels egocentric and myopic and narcissistic—all those words that are kind of bad but I’m not exactly sure what they mean but I’m probably being them, you know?—because who the heck wants to read a self-discipline session? Exactly.

The bigger issue, the thing that drains me and pulls me down, is that I wish I could spin long, heartfelt, humorous, profound posts like some amazingly gifted people. It’s not going to happen, though, because I don’t have all those weighty thoughts and because it takes all my mental powers and then some to come up with the 600 concise and meaningful words about eggs (or something equally ordinary) that’s due every other week for the paper. I can only do so much.

Yesterday on my way to an appointment to keep me from turning into a wooly mammoth (otherwise known as a haircut), I tuned into NPR just in time to year the end of a talk show in which they were discussing writerly matters. It was kind of hard to hear what they were saying because our van is missing its antenna, but I did make out the guest’s main point which was: don’t worry about being, or not being, like other people—get to know your own voice and develop your own style. Which is kind of scary because what if my voice is irrelevant, or really hoarse, or worse yet, annoyingly shrill?

In spite of my scary panic thoughts, I found his advice to be both soothing and freeing. I am what I am and that’s that. (Brilliant, I know.) I’ll just go on wiping up the sticky spots on the floor and calling my girlfriends and making myself type words when I don’t feel like it.