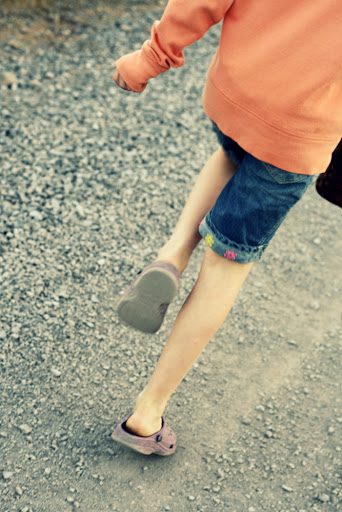 We had just eaten supper and I wanted to go on a walk.

But not really, because I was bleary-eyed tired. I had been up since 2 o’clock that morning when I was urgently awakened by the sound of my husband hurtling down the hallway, hiss-yelling at me to RUN and COME HELP.

I stumble-leaped out of bed, my not-yet-awake brain only half-registering some yucky gagging sounds. Slowly it dawned on me that someone was puking, and I yanked a towel off the bathroom rack as I staggered by. When I got to the scene of the disaster, I found my husband perched on the edge of the bed where he was helping to steady my son’s cupped (and full) hands.

That’s how my day started and that’s why I was tired.

But last night Sick Boy was knocked out on the sofa and the two older kids had gone with my parents to their house for a couple days, so it seemed a shame to not take advantage of the relative freedom and go for my walk. I knew the fresh air would do me good, but I was afraid the exertion would do me in. I couldn’t make up my mind.

And then Sweetsie asked if she might come along.

I almost never let my kids go for walks with me. After all, the point is to move fast, get a break, and think. This time around, however, I didn’t need any of that, so I said yes.

“Can I bring my basket and pick some flowers?” she asked.

And so last night’s walk was different. We took it slow. We looked for flowers, watched the calves play tag, and spied a rabbit. 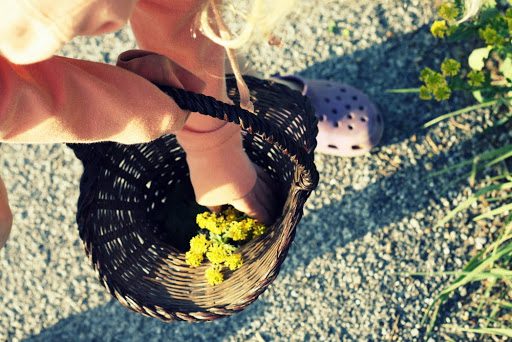 When she asked if she could take some pictures, I handed over the camera. 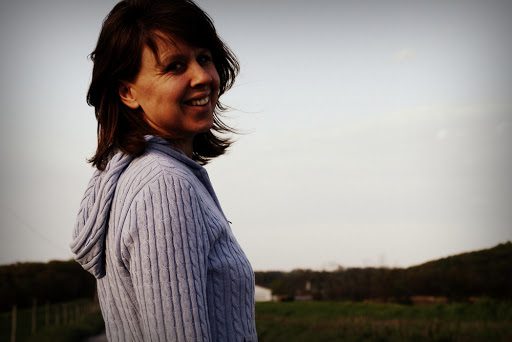 I watched as she stopped in the middle of the dirt road, her basket of pretty weeds slung over her arm, the heavy camera pressed up against her face. She was so excited to be taking pictures like her mama does. I feasted my eyes on her, my little growing-up girl. 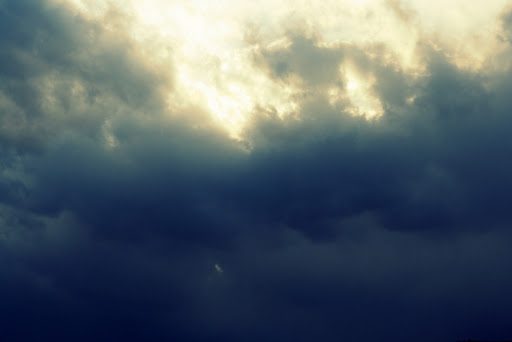 She took pictures of the sky and used words like “clouds of smoke” and “dusty waves” to describe it. I rolled her phrases around in my head to try to fix them there, but even so, her exact wording slipped away. 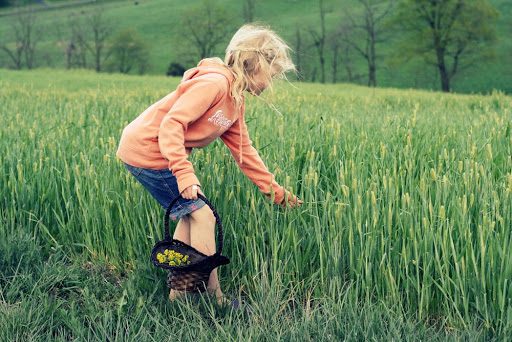 It was a sweet time, our walk together. This often-prickly child of mine skipped gaily, exactly like children do in the storybooks, and chattered nonstop, asking questions and making observations. I followed her lead and kept the conversation light, though I did do some gentle probing on some deeper subjects. 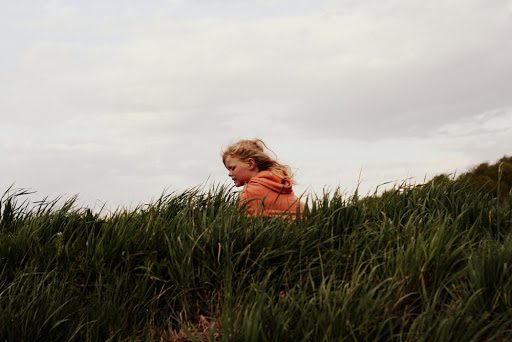 We walked a mile before I suggested we turn back. She would have liked to keep going, but the wind had a bite to it and it was getting dark, so home we went.