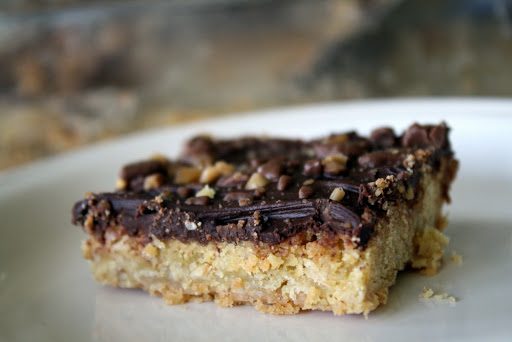 I am in a stupor. Brain shot and not a thought in my head. But my friend is watching my kids so I’m forcing my fingers to peck at the keyboard, willing the words to come out of my esophagus, or my belly, or my kneecaps, wherever they happen to be because it sure doesn’t feel like there’s anything up there above my eyeballs right now.

This is what happens when I spend extended periods of time—as in 1 hour and 33 minutes—wandering through stores by myself. I shut down and walk around in a daze, mouth dry, eyes glazed, hair frizzed out to China. It’s like a mental hibernation.

I really do detest shopping.

It’s not like I even did much of anything. Just tried on a handful of shirts, picked up some discount candles and a water bottle, dropped off clothes at the thrift store (when the kids weren’t in the car because if they’d see what I’m getting rid of, they’d freak), returned a pair of flip-flops and bought two more, plus two pairs (sets?) of nail clippers since we lose them with alarming frequency—

Are your eyes glazing over now? All boring stuff, I told you.

Now I’m at Panera, guzzling a coffee in the off-chance that my brain cells might start to jump. I really want to optimize these next couple hours before I have to go hit up Martin’s for the 80 pounds of frozen vegetables I ordered. (Way to preempt the garden season, Jennifer. Fill the freezer with vegetables so you don’t have any room for homegrown ones.)

Maybe I’ve been getting too much sleep? Is that why I’m dragging? Perhaps if I stay up extra late tonight watching a movie and eating popcorn and drinking strawberry daiquiris, I’ll feel more energized tomorrow. It’s worth a shot, I suppose. Any good movies to recommend? I’m leaning towards Paper Moon.

Anyway, I have a recipe for you.

It was on Sunday afternoon that I first ate these oatmeal toffee bars. We were at church for the last Bible quizzing match of the season (not counting the final match that’s being held in Ohio this weekend—my kids have never been to Ohio and they keep calling it Oregon or Hawaii), and I was in charge of helping to set out the food. There were a bunch of younger kids running around the fellowship hall while the Bible quizzing was wrapping up, and when they saw us getting out paper cups and pitchers of ice, they crowded around the table.

“Scram! Not yet! We’ll call you when it’s time!” I joined the other moms in shooing the kids away. 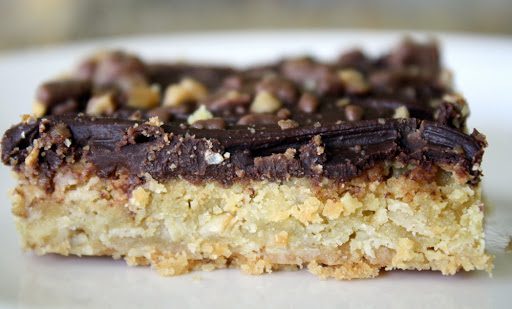 And then I reached into one of the Tupperware containers and snitched a bar. The kids hadn’t moved very far off, so I walked into the kitchen, my arms dangling casually by my side, a bar cradled in the palm of one hand. I yanked a couple paper towels out of the dispenser, buried the bar down in them so no kid would see and point a finger, and hunkered down to eat my forbidden treat. I’m such a good role model.

The bar was as good as it looked. I ate at least one more before we left the church, but not until everyone went through the line. I wouldn’t want to take more than my fair share, of course. 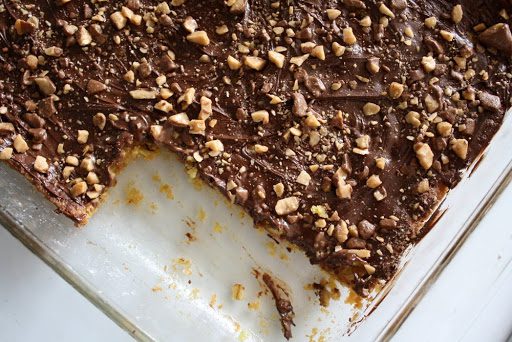 Oatmeal Toffee Bars
This is adapted from friend Shannon’s recipe. When she was a little girl, she made these bars for 4H—they won her lots of prizes.

I baked these for 20 minutes, and they were on the soft side. The ones that Shannon brought to church had been baked the full 25 minutes and were more crispy. With her bars, I liked how the crunchy bottom matched the crunchy toffee topping, so I recommend the longer oven time.

Also, I’m thinking some coconut added to the oatmeal bottom might be nice.

Cream together the butter and sugars. Beat in the yolks. Stir in the flour and rolled oats. Press the mixture into a 9 x 13 pan and bake at 350 degrees for 20-25 minutes.