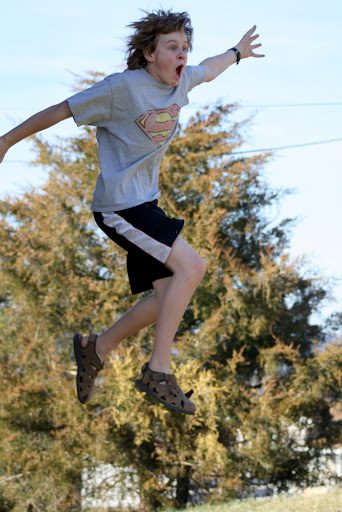 Our friends’ father died earlier this week (I did not know him, but if he was anything like his children, then he was a very sweet man), and last night I got a call from one of the church elders asking if I could go clean the house while the family was out and about.

I said no at first. Two nights before one of my children projectile vomited all over his room and then spent the rest of the night puking out his ever-loving guts. I was on pins and needles, waiting for the next kid to blow, but then I realized that if that didn’t happen, we could do it.

Besides, I’d never gotten around to taking the family a meal and I really wanted to do something tangible for them.

Besides, I had made some granola for them (kind of an apology for not bringing a complete meal) that was cooling in the oven and I’d need to run that over to their house anyway.

Before my husband left for work, he helped me map out the route. Because I can’t (won’t) (don’t very well) read maps. We used a paper map and map quest and I was still giving him blank looks. Which irked him most magnificently. In fact, at one point he exploded with, “If I had a blog, I’d write about this!” (Beat you to it, sweetie pie!)

So anyway, I grabbed a bucket, a stack of rags, my scribbled directions, the kids, and off we went. I only made one wrong turn.

On the car ride over, I prepped the kids about proper etiquette and what we’d be doing exactly. I explained why people need someone to come clean when a family member dies. I preached about the importance of not messing with their stuff. We’re elves, I said. When they get back, the house should look just like they left it, but cleaner.

When we arrived, the family was all loaded up in their car, ready to go on a hike. We hugged, cried a little, and they gave me cleaning directions. Then they backed out the drive and my entourage and I marched into the house.

That’s when it hit me. What in the world I was thinking! Taking my brute squad of royal mess-makers into a house with lots of glass windows and pretty wood floors and not-torn-up sofas so that we could clean it? Good grief. I was out of my blooming mind.

would you want this furious energy to be unleashed in YOUR house?

Gradually, and with a tremendous amount of yelling and redirecting and explaining, I got them going on specific tasks. One kid got in the shower (it was big—she had to), one kid shook out cloths and throw rugs, one kid dusted chairs, one kid washed dishes. I flew around supervising, ordering, double-checking (and re-doing), and quickly trying to tackle the big important stuff before the kids got to it. The older kids were so excited about the window washing supplies that they not only did all the mirrors but the door windows as well, and in their enthusiasm, they burned through all the paper towels.

When the younger kids started to be more a nuisance than a help, I sent them outside to run around (though I had to keep calling out to them to STAY OFF THE ROOF) (for real, the adjoining house is lower down and they kept climbing up on its roof—my kids have no shame), and then since it was going on lunch time, I brought out some green muffins that were sitting on the counter (the green is pistachio, not mold, the woman told us) for a snack. Back in the house, I ran around wiping over the counters, washing a toilet (and cutting my finger on it because I’m talented like that), and hurling the dirty rags in a heap by the door.

And then we were turning off the lights and shutting the door behind us. I had saved the last muffin as a bribe-reward-treat (take your pick) to help ease the transition from cool tire swing-in-the-woods to boring van seat.

Now we’re home and I’m fervently hoping the washed dishes in the drainer are actually clean and that we didn’t leave any wadded-up paper towels in the shower. 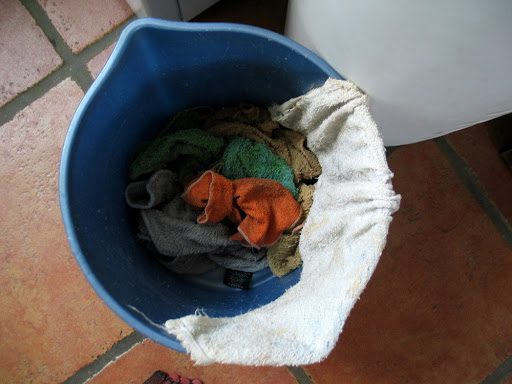