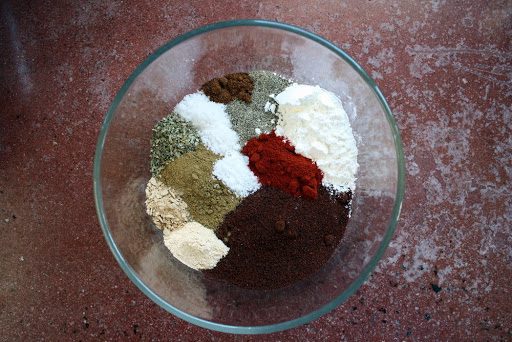 If people assume that I know my way around a computer because I blog, they couldn’t be more wrong.

My brother routinely tells me I’m antiquated in my computer program usage (or lack thereof). I call my corel wordperfect documents “word documents,” which bugs him to no end because apparently real word documents are microsoft (I think?). In my book (laptop), if the title has the word “word” in it, then it’s a word document. (And I don’t capitalize my computer proper nouns because I’m sloppy.)

He’s trying to get me to use fancy things like Google docs and Open Window and such. Over the phone, he lectures me about downloading and reformatting and saving files, and I dutifully scratch key words onto a note card, but my eyes have long since crossed so I hardly can even see what it is I’m noting.

I’m not sure why I’m sharing this with you, except to let you know that I really don’t know all that much. Like I said. For some odd reason, it’s important to me that you all understand how very inept I am. Heaven forbid, I should lead you to believe I actually have some computer skeelz.

Did you know there is such a thing as a Shakespearean insult generator? It’s quite fun. I recommend every person memorize a couple. You never know when they might come in handy.

For example, as you read my mindless blithering (like in the opening section) you might find an urge to holler, “Be not lost so poorly in your thoughts, thou impertinent tardy-gaited whey-face!”

Or, when your husband says, “These muffins are pasty,” you might say, “You have become a fusty, toad-spotted malcontent!”

Or, when one of your mouthy offspring mouths off at you, and you snip, “You, minion, are too saucy.”

It’s quite satisfying, me thinks.

And, while name-calling is forbidden (but frequent) in our household, the kids could totally get away with it (and maybe even receive a pat on the back) if they did it in Shakespeare.

(And yes, I very incorrectly refer to Shakespeare as a language, not a person.)

My cousin-in-law has occasionally blogged a little tidbit called “recently Googled” where she shares her Google searches. I’ve found it tremendously entertaining but had no idea how she did it. (See opening remarks.) But then a new Google page started showing up (again, see opening remarks) and suddenly I could see my most recently Googled phrases. I was tickled.

Recent searches:
Does barley have gluten
How it’s made netflix

Oh dear. What do you know, that’s all I can find. I, just now, performed innumerable searches to figure out how to find (the rest of) my search history but I’ve come up empty handed. (Brother, Brother? O wherefore art thou, Brother?)

Shoot. That was anticlimactic.

It’s probably just as well, though, since some of my searches were more than a little embarrassing.You really don’t need (or want) to know all the things I don’t know about.

My little boy, describing his drawing: “This is Jesus, hanging on the hook where he died.”

Ever since my cousin posted her recipe for taco seasoning mix, I’ve been making my own and storing it in the freezer. It’s total taco dust magic, this mix is, so it’s high time I share with you guys.

Pre-mixed, it’s a work of art, a palette of Tex-Mex colors. 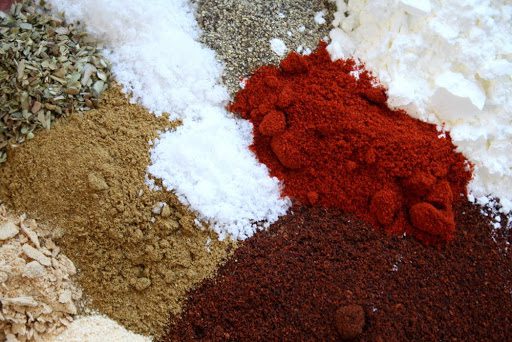 Post-mixed, it’s the color of dried up dirt, which, I suppose, is also one of those famous Tex-Mex colors. 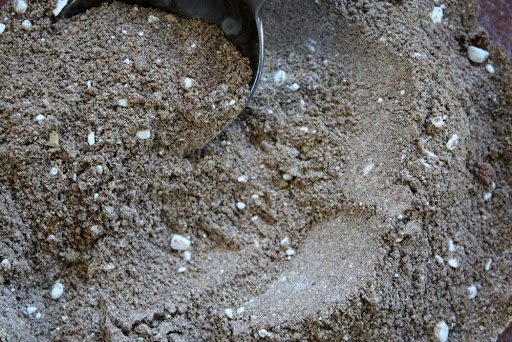 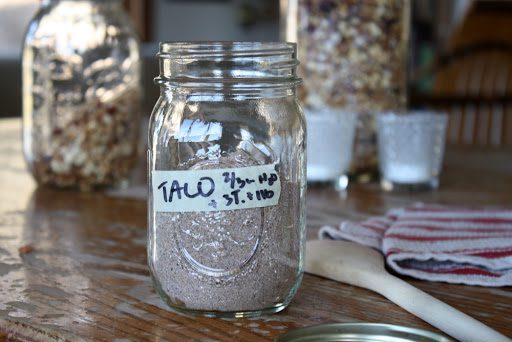 Consider doubling or tripling the recipe.

This is a little on the spicy side. If you like your tacos milder, dial back the peppers. (Like you couldn’t figure that out yourself.)

Combine all ingredients and store in an airtight container in the freezer.

To use: mix 3 tablespoons taco seasoning mix with 2/3 cup water and 1 pound ground beef. Heat through and simmer for a few minutes.