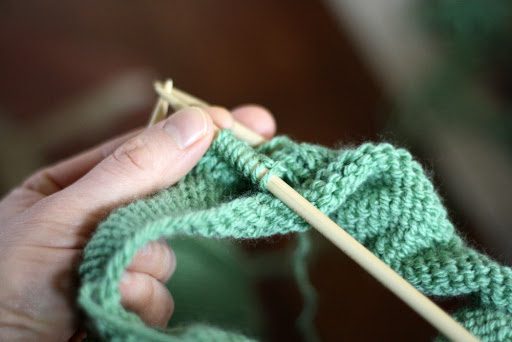 My husband and I were up too late planning a surprise for the children, and then I couldn’t sleep because I kept dreaming about the surprise. Also, I couldn’t sleep because a wicked fever blister was in the process of breaking out on my lip. I kept bumping it in my sleep, jolting myself awake with pain every single time, and then I started having nightmarish visions in which my whole face turned into one violent blister. So I woke up tired.

But not cranky tired, like how I woke up yesterday morning, thanks to a certain little boy who climbed into bed with me while I was in the middle of a fabulous dream, a dream in which I discovered that the local liquor store had a pie shop in the back—(I was stunned and thrilled and then all day long, when I was fully awake, I kept musing over this fascinating revelation) (they had home canned green beans, too)—and woke me up. He was chattering to himself under his breath, and when I overheard, “I love waking up to birds singing,” my irritation almost melted, but it wasn’t until I went downstairs, stomped around while making my coffee, lectured my little bird-loving angel, and barked at my husband several times, only then was I finally able to get over my rude awakening.

I have no idea how I survived a decade of interrupted sleep. It must’ve been the oxytocin.

My husband took my son to work with him this morning. My husband (and fellow workers) are tearing down a house that burned, getting ready to rebuild, and it’s the sort of thing that my son can actually help out with. He wore my husband’s carhartt jacket and work boots. The jacket was a little big; the boots fit.

The remaining children and I ate our granola and then huddled around the fire. I read a bunch of books to them, and they worked on their math problems (one child suffered an extended hissy fit), and I knitted.

I started another hat yesterday morning. I got the whole thing going all by myself, no twisting or dropped stitches (yet). I am immensely satisfied. I have high hopes of not being A Lost Knitting Cause. 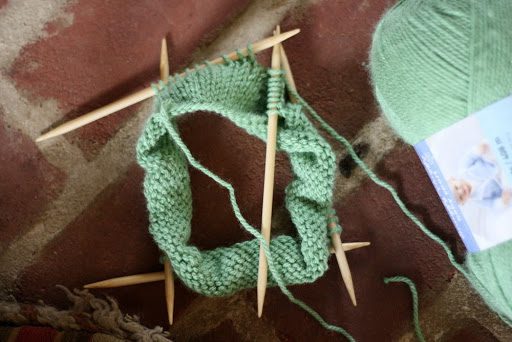 While the kids went upstairs to play and fight (they never did figure out which), I took notes on potential Kitchen Chronicles, planned a few meals, scrubbed potatoes, and got some food—chicken broth, spinach, corn—out of the freezer to thaw.

Lunch was sandwiches and applesauce. There’s nothing sweet in the house, so I had my afternoon coffee all by itself. 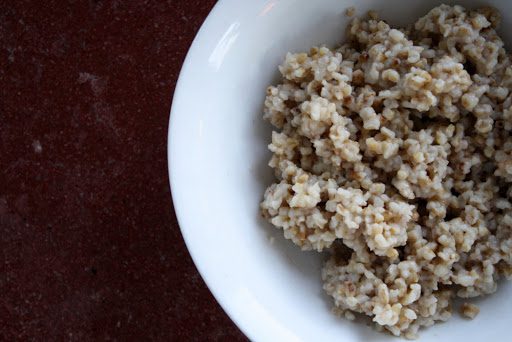 I’ve been meaning to tell you about this oatmeal that I’ve been eating most mornings (though not today—today was granola, remember?), but I never know what to say about it so I don’t say anything. Which isn’t really fair because there’s a good chance you might enjoy it as much as I do, even though it’s low-key, like my morning. 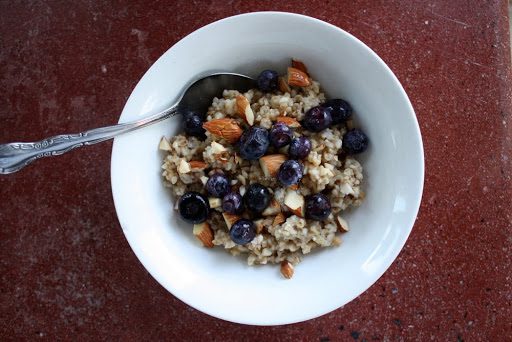 I already have a steel-cut oatmeal recipe in the index but this one is better. The oats get toasted in butter, which adds all sorts of flavor, and I cut back on the water, eliminating any hint of gummy. The end result is an oatmeal that is chewy and nutty, and utterly satisfying. 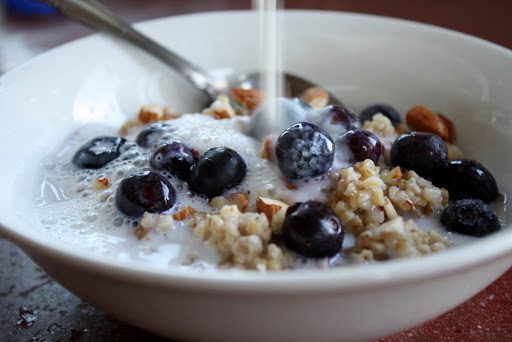 Toasted Steel-Cut Oatmeal
Inspired by Sarah of Recipes for a Postmodern Planet and Kim Boyce, author of Good to the Grain

Nuts, berries, and maple sugar are optional, but lovely.

This same time, years previous: the case of the whomping shovel