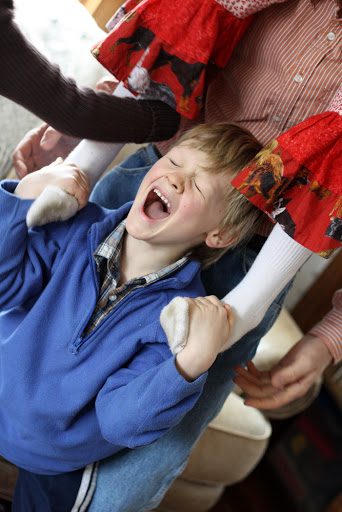 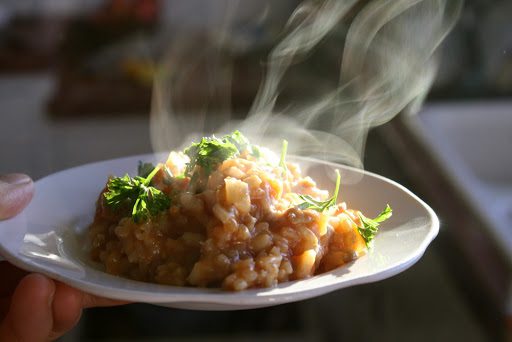 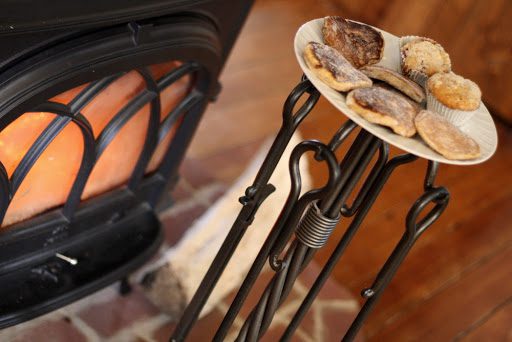 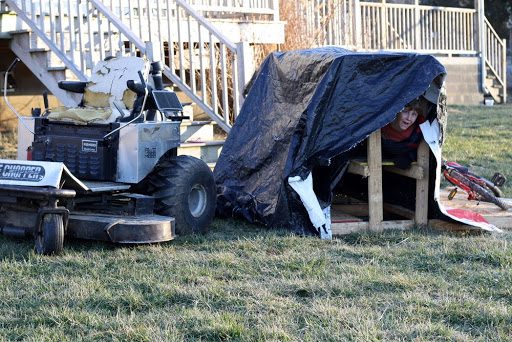 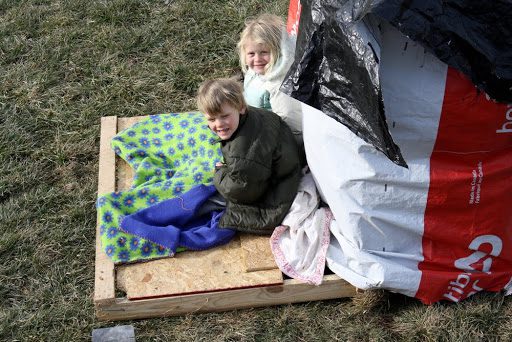 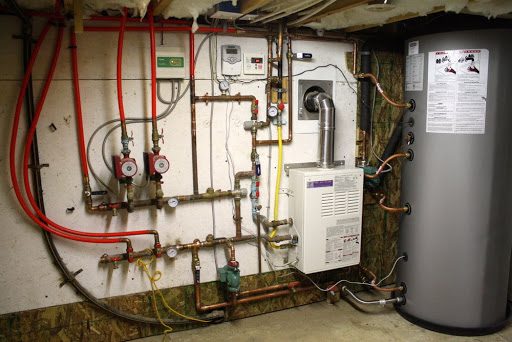 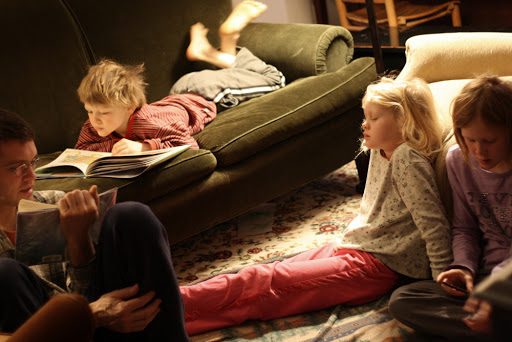 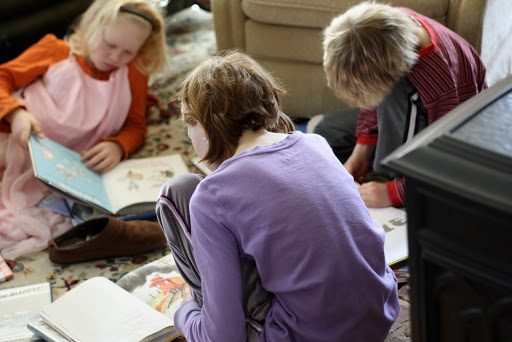 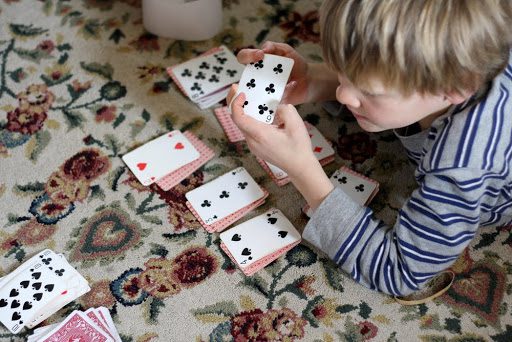 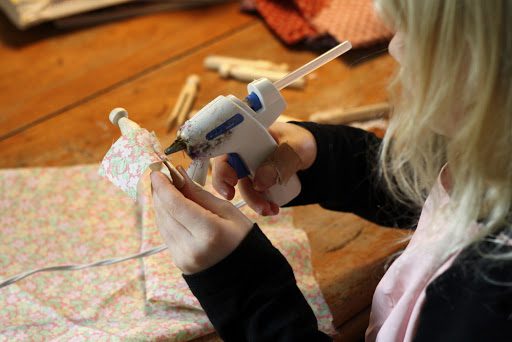 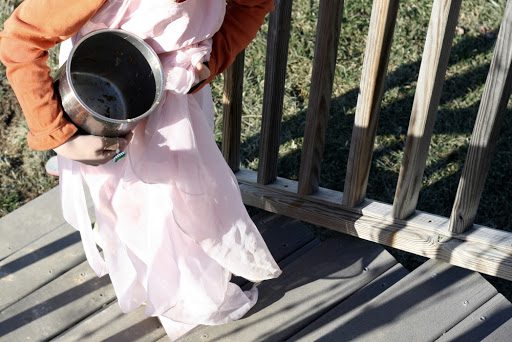 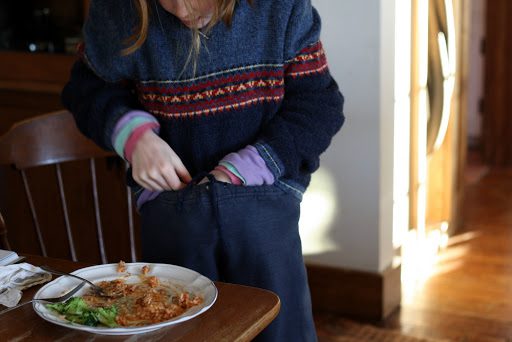 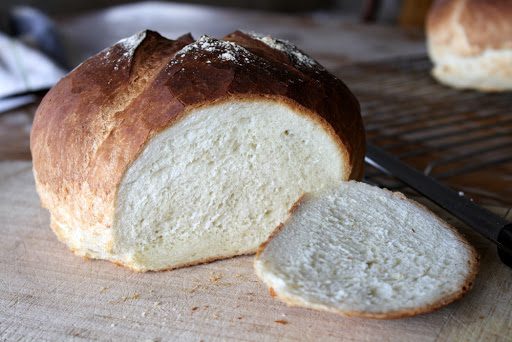 *an after-church wrestling match: nowadays, my husband struggles to hold his own against our four wildkids. In fact, he and my older son had an impromptu wrestling match at the day’s second church event (which was informal, but still—wedgies were involved!) (confession: passing by the skirmish, I was tempted to deliver one myself). Afterwards, I overheard some girls giggling about how the son beat up the papa. Hon, your glory days are fading. Watch out.
*a steaming sample: I’m learning to make risotto. No one is crazy about it, so I don’t think I have it down pat yet—because isn’t everyone supposed to adore risotto? I will persist, so enlighten me with your favorite risotto recipes, pretty please.
*solar panel handiwork
*breakfast, thawing
*a modern day sledge: otherwise known as the upcycled fort
*we let them tool around the field a few times before putting an end to the gas-guzzling, natural-world-destroying game
*an early morning read-aloud: when I refuse to read my older daughter’s book selections (like mermaid mysteries, ugh), she hounds her papa till he caves
*another early morning with books: a fresh batch of library books buys me a good thirty minutes of blissful quiet
*one of the many varieties of card games that have been cluttering up my floor: it looks peaceful, but oftentimes the fun ends in an angry game of throw-them-down-and-stomp-off.
*clothespin doll creations
*the princess and the compost bucket: she wears this gown all the time, constantly, without ceasing, nonstop, and perpetually
*multitasking: eating supper while preparing to go snow tubing by putting on every article of clothing she owns (almost)
*the multigrain bread before it became multigrain