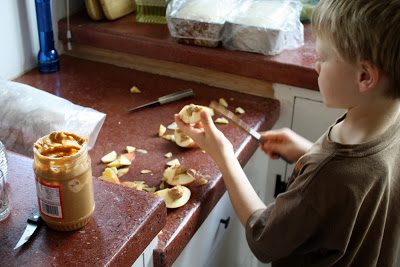 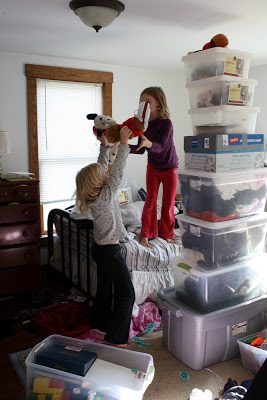 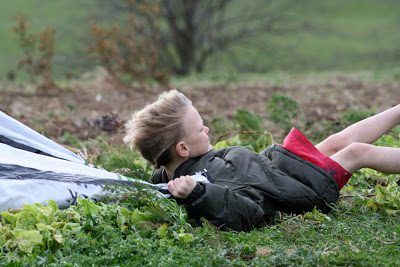 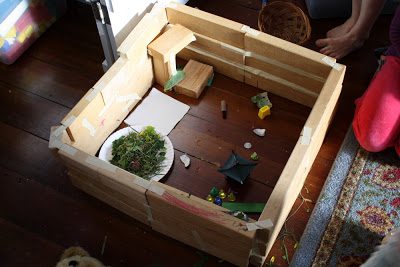 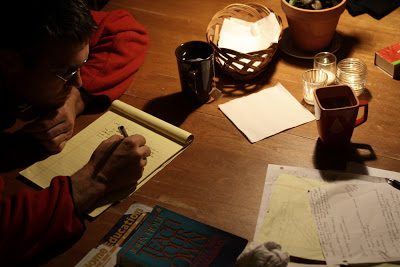 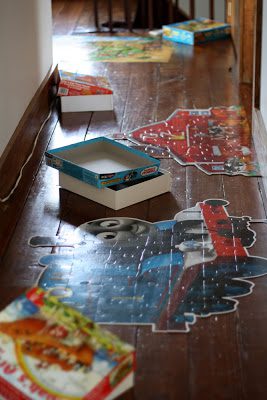 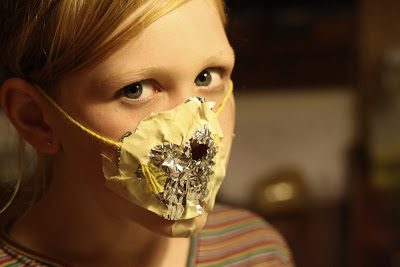 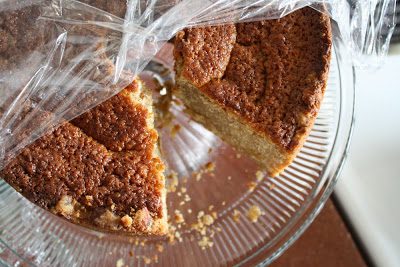 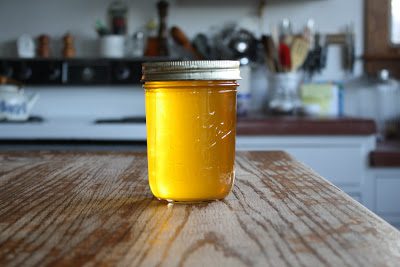 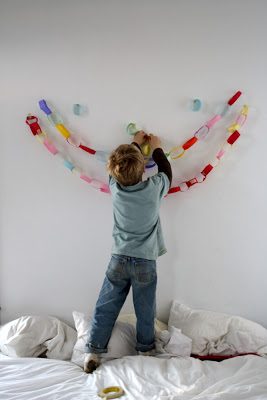 *Peanut butter and apples: it’s a favorite snack around here. We buy apples (but not these!) by the bushel and peanut butter by the tub (and then put it in smaller containers).
*My youngest daughter is gifted in the trashing a bedroom department: she only needs a few short minutes to create her signature A Tornado Went Through It Look. She’s got some serious skill, that girl has.
*A super windy day came along and blew my boy right into the lettuces. At first he laughed, but the bully wind pinned him down and the laughter turned to sobs of terror. (Days later, when he saw the pictures of himself crying, he started wailing all over again. Not sure if the trauma is from the wind, or from seeing pictures of himself panicking on the computer screen, or from the fact that I took pictures instead of saving him.)
*A pen for a pet caterpillar: see it sticking out of the cardboard tube?
*Late night Sunday school planning: one of the adult classes asked my husband and I to come talk about ourselves, so we did.
*A hallway of puzzles.
*A face mask, fashioned out of a muffin wrapper.
*The richest coffee cake ever—more than a pound of butter, plus a cup and a half of sour cream. The flavor was good, but since all the crumbs sank to the bottom, I count it as a flop. (The cake is said to serve 8-10, a fact which I found to be utterly scandalizing. It should be more like 20-30.)
*Accidental ghee: what I made when I was trying to brown the butter for the coffee cake.
*Paper chain decorations: somehow they ended up all over the house. As the tape de-sticks and the chains flutter-fall, I discreetly collect the bits and pieces and stuff them in the garbage, shhh.