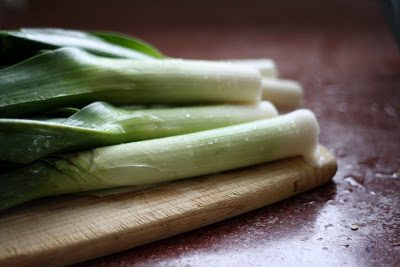 The other week, I bought a couple bundles of leeks because I needed to photograph a potato and leek soup for an article that’s coming out in a local magazine.

The pictures were a flop (I’m not sure what I expected exactly, since it’s just a bowl of white creaminess and I don’t style my food at all), but the soup was delicious. The younger two kids fought over the leftovers. 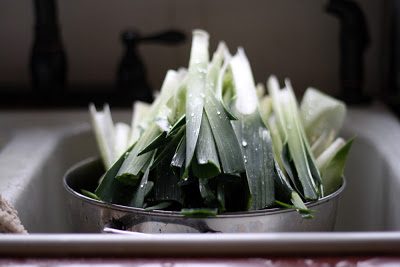 I was surprised at how expensive leeks were—about a buck a leek (that sounds funny)—and it felt even more extravagant since I was only buying them for the white part. I couldn’t bring myself to toss the mountain of green stalks though, so I bagged them up and stuck them in the fridge, thinking I might use them in a beef soup. 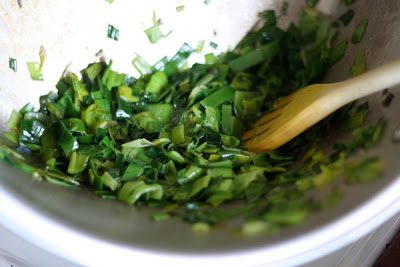 However, instead of the beef soup, I cooked up all that leeky greenness into a gigantic sausage-leek quiche. It was a fabulous quiche, a quiche made all the more fabulous because the star ingredient was originally destined for the compost bucket (shame on me). 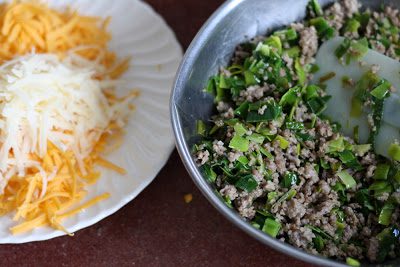 Never again will I toss the leek tops. I can think of a million uses for them now—pretty much any dish that calls for sauteed onions. 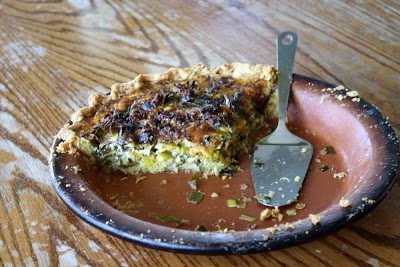 Line your biggest pie pan (mine is a 10-inch, earthenware monstrosity) with the pastry and crimp the crust.

Brown the sausage in a large pot over medium high heat. Transfer the meat to a large mixing bowl, leaving the drippings in the pan.

Return the pot to the heat and add the leeks (and a pat of butter if the drippings were meager). Saute until tender and brilliant green. Add the leeks to the bowl of sausage. Add the cheeses and toss to combine. Put the cheese and meat mixture into the pastry-lined pan.

In a small bowl, mix together the eggs, milk, and seasonings. Pour over the meat and cheese. Bake the quiche at 350 degrees for 40-50 minutes, or until the center is puffy, golden brown, and set. Cool for 10 minutes before eating.