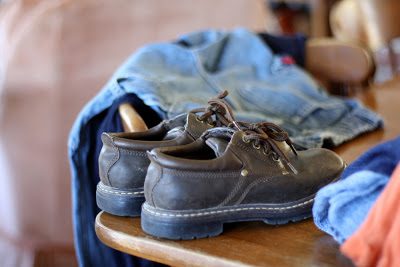 We hardly ever go on family outings to restaurants, movies, plays, or parties, so an evening at the theater was a honkin’ huge deal. It would be the first time my two littlest ones had been to the Blackfriars and anticipation ran high.

Town clothes (we are so Laura Ingalls) were brought downstairs and stacked on the table. Baths were taken. The house was (kind of) straightened. Sandwiches were made. Water bottles were filled. Coats were put on. The wood stove was filled up and banked. Once everyone was loaded into the car, I handed out the bologna sandwiches (a favorite treat) and off we went, munching happily and listening as Tim Curry recounted A Series of Unfortunate Events though the car speakers.

We thought we were arriving in plenty of time to get good seats. Since it was a pay what you will night, being at the head of the line was of utmost importance. But alas, twenty minutes before the doors opened, there was already a bubbling crowd milling around in the cold, so we joined the line (that wasn’t visible to everyone, boo) and huddled close. When the doors finally opened we pressed forward as politely as possible and jostled our way through the lobby to the next door where we had to wait for another half hour. We weren’t at the head of the line, but I was close enough to overhear the usher telling some people that most of the downstairs seats were reserved. The stools on the stage weren’t taken, nor were the three rows at the back, but the balcony was up for grabs. I started to feel discouraged. We’d get bad seats and all the hype would be for nothing, bah humbug. Oh well, we’d do the best we could. I whispered instructions to my husband to go left and save us six seats—I would scurry to the front to see if I could find anything better.

Then the doors opened and everyone made a mad rush for the seats at the back while I walked straight on to the stage and claimed six stools! (Well, five—another kid slipped in with us and snagged a stool before the kids could plunk their butts down, so I had to hold my baby who is not a baby on my lap.) The place was packed—standing room only and people got turned away at the door—and there we were on the stage. All my bent-up tension and anxiety melted away as I absorbed my good fortune and settled in for the show. (Confession: a girl, probably a college student, tried to snag on of our stools as I was in the process of claiming them but I said, “I’m sorry, there’s six of us.” Her shoulder slumped as she turned away, defeated. I still feel kind of bad about it.) (But not bad enough to give up my seat.) (So much for a generous Christmas spirit.)

I had been carrying a large canvas tote with our blankets (for in the car) and my knitting (for the long wait, but that I couldn’t do because there was no space) and some games that we were going to play while we waited (again, didn’t happen), and we soon realized that it made a perfect little seat for Nickel when it was plopped on the floor between our seats and piled high with our coats.Which was a relief since that boy is no lightweight.

The play was fabulous. Bob Cratchit plunked his top hat on Nickel’s head and asked me to hold his scarf. The narrator pulled candy canes out of his hat and gave them to the kids while singing Chestnuts Roasting On An Open Fire. The Ghost of Christmas Past, a sprightly, giggling actress all done up in white and glitter, asked Sweetsie to hold her wand. Sweetsie smiled shyly and took it, her eyes a-sparkle. Pure magic, it was! (Later my oldest daughter recounted the moment. “She was so close, I could smell her!” “Did she stink?” I asked, thinking of unwashed costumes and all the dancing. “No!” she sighed dreamily. “She smelled so good!”)

But Marley, oh Marley! He scared my girls to pieces, jumping up at the window like that, his black face painted white, his eyes popping out of his head. And when he came up through the hole in the floor, chains a-rattling, drums banging, roaring and hollering and wailing, and then lunged at Scrooge (who was standing right beside us so it felt like he was coming straight at us), screaming, eyes rolling, the chains snapping him back, oh my. The three youngest kids were definitely not prepared. They sat there, shoulders hunched and fingers in their ears, completely horrified, terrified, petrified, and unable to move. It was spectacular.

After that, my oldest daughter begged to sit between me and my husband. I told her she could sit in her papa’s lap if she got scared again. “Really? In the middle of the play?” she asked, alarmed about breaching theater etiquette. So when the shrouded Ghost of Christmas Future floated out, I tapped her on the shoulder and she zipped over to his lap while Sweetsie ducked under my arm and covered her face with her hands, and my husband and I laughed.

My husband and I weren’t the only ones finding the children’s terror delightfully hilarious—I could see other people pointing at the girls and laughing. And when I got home, I found an email (from a friend I didn’t know was there) that said: It’s fun to watch your kids react to the show. Don’t drop that wand!

Nickel did pretty good for his first theater production, especially considering that the majority of the event took place long after his bedtime. He got bored (seriously?) and kept saying he was hungry and thirsty. But he (mostly, sorta) whispered his complaints into my ear, and we never had to take him out, hallelujah.

I had packed a special bedtime snack for the ride home—donuts and little bottles of chocolate milk. (When Sweetsie discovered them in the fridge the morning after my late-night shopping trip, she yipped for joy and hollered to her siblings, “Hey guys! Mama bought cold hot chocolate!”) Huddled in the car, the hot air blasting out the vents, the kids slurped down the milk and then fell asleep before finishing their donuts. So this morning we slept in and had leftover donuts and shots of cold hot chocolate (my lactose-intolerant husband didn’t drink his allotted bottle) with our breakfast oatmeal. 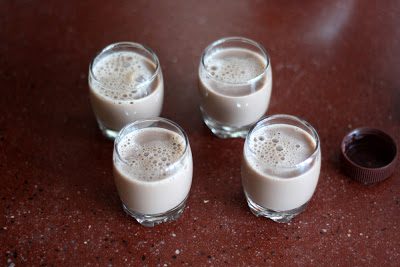 I asked Sweetsie if she’d like to go see the play again. She thought for a minute and then said, “I don’t know, maybe. I might get used to it the second time.” When I asked my other girl the same question, her reply was an emphatic, “No way!” My son, on the other hand, is very happy that we are scheduled to usher for the play next week.

Me, too. I’m excited already.