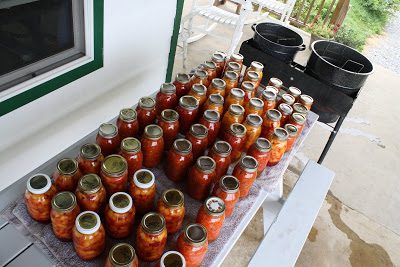 It’s been intense and desperate, folks. Downright dire. For a few days there I felt like a little white mouse with a pink tail on a treadmill, peddling frantically but never going anywhere. But now things are slowing down. I’ve caught up in the race against ethylene oxide production and time, and the jars are filling up. I don’t have the final stats yet, but I’m pretty sure we’ve emerged victorious.

some of the haul

Yesterday, the kids were amazing. So often I kvetch about their bad attitudes and bickering but not yesterday. Yesterday was golden. They stuck with me all day long. In fact, the eldest was at my elbow up until 7:30 last night when he finished up a huge stack of dishes and we booted him out the door to go play. 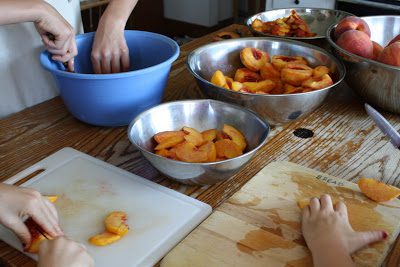 The kids unscrewed the jar rings, chopped the peaches, nectarines, tomatoes, and peppers, peeled garlic, filled and emptied the dehydrator sheets, halved and pitted the nectarines, hung up and folded laundry, emptied trashes, washed dishes, and opened doors for me. 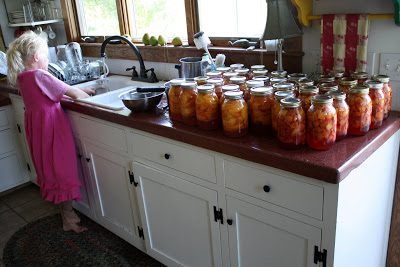 One of them also managed to break two glasses on two separate occasions and I managed to keep my cool. (Though the second time around I did contemplate screaming, “Forget about cleaning it up. JUST WALK ON IT.”) Silver lining? The kitchen floor stayed fairly clean. 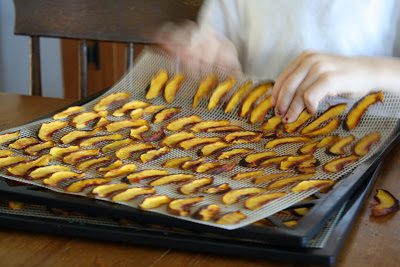 Their helpfulness was so impressive that I called Mr. Handsome at work and told him to pick up a treat for the kids. He brought home a box of Froot Loops (with sprinkles—the newest fad), and they ate almost the entire thing for dessert whilst I showered them with lavish speeches detailing my deep and abiding appreciation. 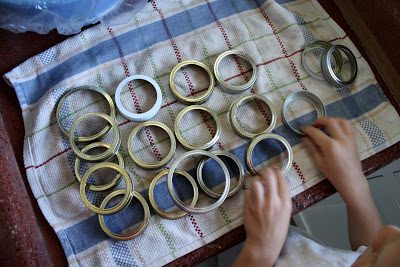 So how about that little earthquake, yeah? I had just gotten the kids settled for rest time and was walking back out to the kitchen for my coffee when I heard a roaring sound like a logging truck driving by. But everything was rattling and shaking like when the washing machine gets unbalanced and starts wigging out. And then I thought, Oh dear, the kids are all out of bed and silently—that’s odd—jumping up and down really hard—and that’s when it hit me: EARTHQUAKE! I froze in my tracks, a Get Out of the House Right Now scream poised in the back of my throat, just waiting for permission to let loose, but then I went to the bathroom to make sure it wasn’t the washing machine (‘cause you don’t want to interrupt rest time unless it’s absolutely necessary), and it wasn’t, of course, because I wasn’t doing any laundry, and by then the shaking had stopped.

Mr. Handsome was so bummed he missed it. He talked about it all evening long. He even declared he was going to have a t-shirt made that said: “August 2011—Where were YOU when It Happened?”

When I came downstairs this morning with my hair sticking straight out on one side because I went to sleep with it wet (after three days of very little personal hygiene, I absolutely had to wash my hair even if it meant I’d be stricken with a frightful case of bedhead), Mr. Handsome was puttsing around the kitchen, a sheepish look on his face. I glanced at the calendar and then said real quick, “Happy Anniversary!” because I’m always the first to remember and he always forgets. He calmly returned the platitudes and smiled. Weird.

“Did you check the canning?” I asked, referring to the previous night’s canning that was still out on the picnic table.

“Yeah, they all sealed.”

I was fixing my coffee when I happened to glance out the window and see that the canner was belching steam. HUH? I shot a glance at my husband but he kept his eyes lowered, and then, understanding dawning like a bright new glorious day, I raced out the door and peeked into the canners: twelve quarts of nectarines, hoo-boy!

When I returned to the kitchen, he said, “Now you don’t have to do nectarines. They’re all caught up for the day.”

So of course I made him his lunch: three hotdog buns (we were out of bread and the first loaves wouldn’t get baked for another couple hours) filled with eggs, ham, and cheese, plus sides.

And then I sat down at my computer and discovered an email from myself, or rather, from my account. It read, “ Thank you for 15 years of friendship, wonderful food, 4 creative children, love, and a willingness to work thru life’s challenges with me. I love and respect you deeply. Happy Anniversary!”

So then I was left with no choice but to go give him a bear hug and get his neck a little wet with my eyes that had suddenly sprung a leak.

This same time, years previous: whole wheat buttermilk waffles, wedding memories, so why did I marry him?, Valerie’s salsa (made 5 batches of it this year!), canned tomatoes, how to make butter, earthy ponderations, part two, cold curried corn soup