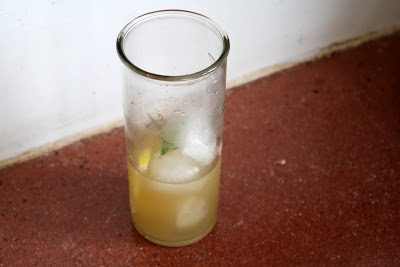 Hold on to your hats, people. Have I got a drink for you!

And yes, there’s a little alcohol in it. And I had two of them last night.

Wanna make something of it? 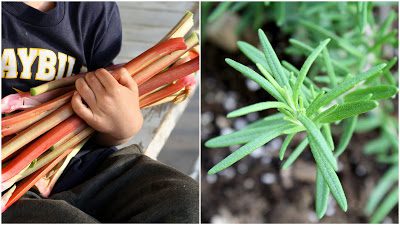 It takes two syrups to make this drink, one rhubarb and the other rosemary. Right before serving, mix the two together, add rum, lemon, and ice, and you’re good to go. It’s an absolutely delightful experience. 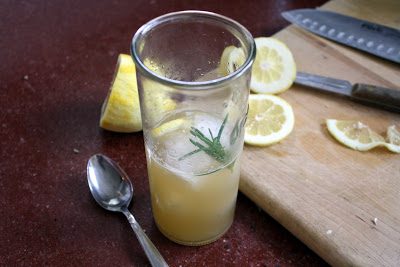 The original recipe says to combine everything and serve—it makes eight servings. I contemplated doing that but then decided a cup-and-a-half of rum just for me might be a bit much for one evening.

Aren’t you impressed with my discretion?

So I kept the syrups separate and mixed just enough for a moderate one-person serving (promise) at the last minute. 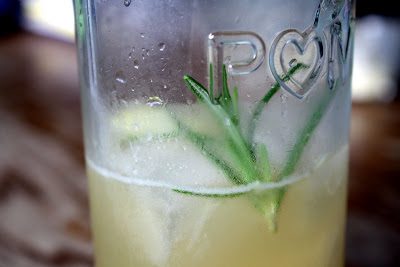 You can cut out the alcohol all together, if you wish. (What a weird wish that would be, but to each his own, right?) And the rhubarb juice is fantastic by itself. I imagine it would also be good added to iced tea or lemonade or limeade or orange juice or… you get the point. Of course, rum added to all those drinks would be good, too. You get the point. 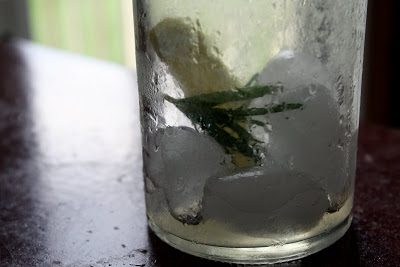 Rhubarb Daiquiri
Adapted from Aimee of Under the Highchair and she, in turn, got it from Bon Appetit magazine.

For the rosemary syrup:
Combine 1 cup of water with 2 tablespoons sugar in a saucepan and bring to a simmer. Add the rosemary, lid the pan, and remove from heat. Steep for 5 minutes before straining the liquid and discarding the rosemary. Pour the syrup into a little jar and chill.

For the rhubarb juice:
Put the rhubarb, the 1 1/4 cups remaining water, the ½ cup of sugar, and 1 tablespoon of lemon juice in a blender and whiz for a little. It will be pulpy but juicy. Strain the mixture, pressing on it vigorously with a spoon to extract all the liquid. Discard the pulp. Pour the juice into a quart jar and chill.

To mix for a group:
Combine the syrups with the remaining lemon juice and rum. Divide between 8 ice-filled glasses and garnish with lemon wedges and rosemary sprigs.

Mix, pour over ice, and garnish with a wedge of lemon and sprig of rosemary.

This same time, years previous: how to get your bedding/house/kids clean all in one day, classy rhubarb pie with cream cheese pastry