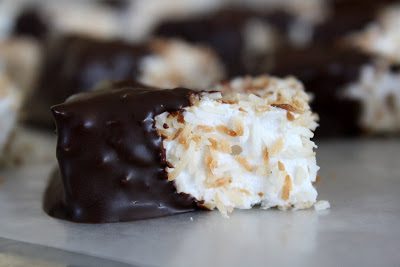 I have a bunch of unfinished agenda banging around in my head. Unfortunately, my disorganization manifested itself in a confusing and splat-like presentation of this morning’s Sunday school lesson. This is the curse of an out-loud thinker—if I don’t get a chance to extensively process my material with a bunch of people prior to presenting, I’m just a crazy person spouting gibberish. Mercifully, the class members gently shut me down, and now, after listening to them work on the issue for 45 minutes I know exactly (more or less) what I would say were I to ever teach that lesson again.

But I digress. The unfinished blog agenda is what I’m to be talking about.

Marshmallows
I made another batch and rolled them in toasted coconut and then drizzled and/or dipped them in chocolate.

I liked them, but I prefer the plain marshmallows. I’m not a huge marshmallow freak—I don’t like to eat them just for the sake of eating them—so most of my marshmallows get set afloat a steaming cup of hot chocolate. And anyway, who wants bits of toasted coconut floating in their hot cocoa? Not me! 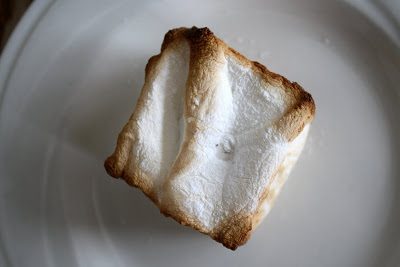 We’ve taken to roasting them in the fireplace. Divine. 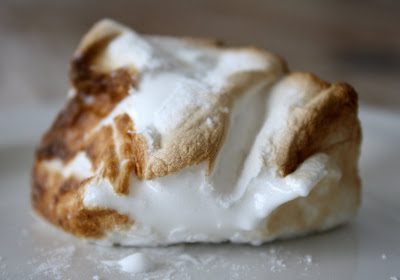 I mentioned that using a 9×13 pan yielded super-thick marshmallows. So the next time around I did them in a jelly roll pan, but those were too puny-thin for my liking. The third time I made them I divided them between a 9×13 and a 9×9 and they were better. But I still kind of like the huge square ones best.

We’ve had marshmallows sitting around in jars on the counter for a couple weeks now and they’re showing no signs of going bad. So as best as I can tell, these keep indefinitely.

Unschooling Experiment
Our one week of unschooling has stretched into one month … and beyond. I have no desire to go back to the way things were. I’m curious to see if this unschooling period is just that, a period, or whether or not it will be sustainable for the long haul. Stay tuned.

Cards
Teaching my kids to play cards was one of my more brilliant moves. 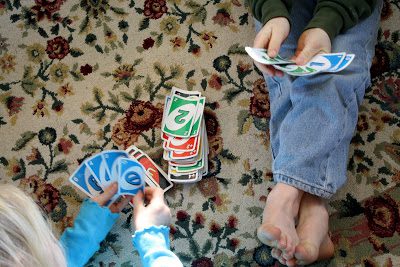 Now they play cards, Uno in particular, which grants me some much-needed reprieve at various intervals throughout the day. 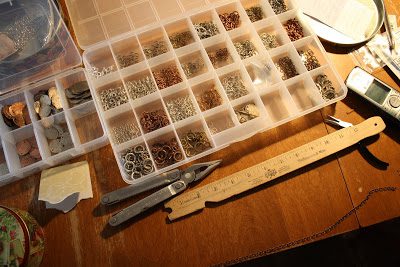 As with any baby, it changes as it grows. Over the past few weeks we have learned that:

a. pounding coins is really hard work
b. Yo-Yo has trouble seeing the big picture (we knew that before, but still…)
c. Yo-Yo does not possess the wherewithal or attention to detail that is required to make jewelry
d. I enjoy making jewelry
e. there is a market
f. running a business makes for an excellent math curriculum 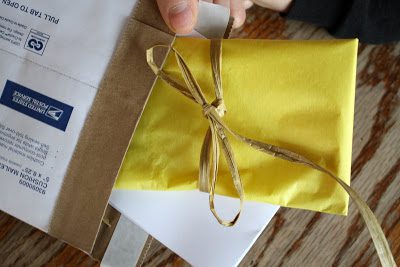 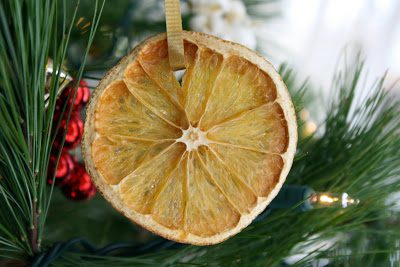 The sparkle sticks, however, have yet to be glued into twiggy stars. Maybe by next year…

I made another batch of chocolate-dipped candied orange rinds. I used six oranges and still had plenty of syrup. It yielded about three pints of chocolate sticks.

I used the leftover orange syrup in my simple granola recipe. (I omit the granulated sugar and add 1 3/4 cups of orange simple syrup in place of the water.) It adds a very subtle orange flavor to the granola. And it makes me think that some orange zest would be a swell addition to the French Chocolate Granola. Chocolate, coconut, almonds, and orange zest—how could it go wrong?

Article
Remember that article that I mentioned? The one that got accepted? Well, it’s out in the January-February issue of Home Education Magazine. The author’s copy came in the mail. I opened it at the dinner table and did a honkin’ big happy dance, war whoops and all, right in front of my wide-eyed young’uns and bemused husband. 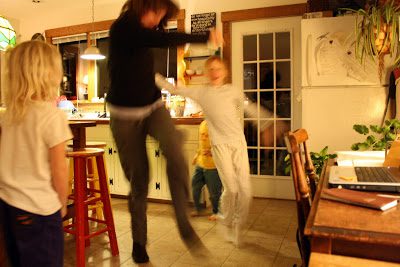 Not the actual I’M PUBLISHED!!! Dance, but you get the idea.

Miss Beccaboo was shocked, absolutely shocked, to see a picture of herself in a glossy magazine. Later she confided, “I wish you would’ve told me about it ahead of time so you could’ve gotten a better picture of me.” I told her that I chose that picture because it was beautiful. That was all the assurance she needed—she scampered off, pacified.

This same time, years previous: maybe not a true confession