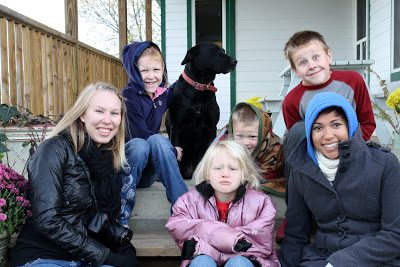 I’m feeling spacey today. There are reasons for this absentminded, distract-able stupor which I am slogging through.

Allow me to elaborate.

Reason Number Two
This morning the two Up With People girls left.

They had been living with us for a week, and after eight days of changing around our schedule to accommodate theirs (morning and evening runs into town, some of which were quite late, and suppers at bedtime), I feel a little off-kilter. 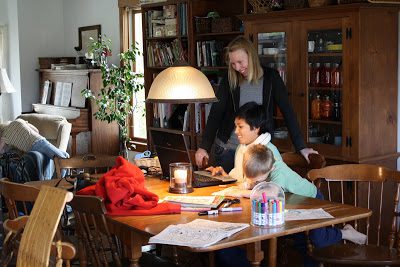 The girls were great though, and we were all a little sad to see them go. Marjo (pronounced “MA-rio,” kind of) was from Finland and Joelle was from San Diego, CA. They were up for anything and everything: tree planting at some friends’ house, trying raw milk, biking, and multiple games of memory with the kiddies. It was fun and totally worth it, but now I’m worn out.

Reason Number Three
Marjo just so happened to be a photographer, so Friday night I sat her down and she explained all sorts of camera-y things to me. We talked about things such as “time value” and “aperture,” concepts that twisted my brain up in knots and made me concentrate super hard. 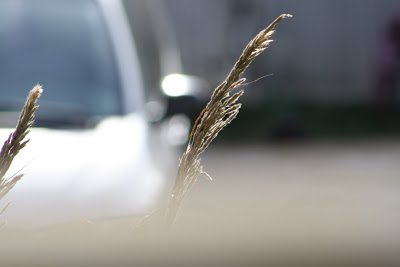 Having a semi-professional photographer at my fingertips for all sorts of silly little questions was a dream come true. 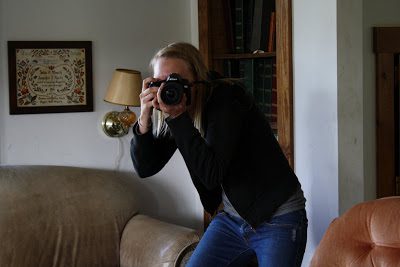 She was a dear to oblige me.

But there’s no two ways about it: playing with my camera makes me spacey.

Reason Number Four
Speaking of cameras, my new telephoto lens arrived on Saturday and I about went crazy with glee. In fact, I was whooping and hollering so much that Joelle decided I was video-worthy. Now, thanks to me, all the San Diegonians will think that Virginian women are so isolated and deprived that they weep with joy and dance jigs whenever the mail truck stops.

This new lens is guilty of messing up my life in a BIG way. Every time I think I might be able to focus on writing or trimming my fingernails or cleaning up the back hall, I spy my sexy new lens and have to go play. 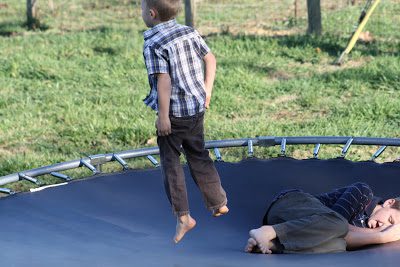 Since Marjo had never celebrated Halloween and was really excited and curious about it, I figured it’d be a bloomin’ pity for her to travel all the way around the world and not get to do the Halloween thing. It just wouldn’t be right.

For a variety of reasons, I’ve always been opposed to Halloween.

A.) Spiritual reasons. I was raised to believe that Halloween was a celebration of evil and that we, as Christians, were supposed to eschew the dark side and instead fill our heads with happy thoughts about Jesus.

B.) The whole candy thing. I don’t mind candy here or there, but a whole glut of candy in the hands of my children seemed a very unwise decision indeed.

C.) The realest reason: it was just one more thing to do and I didn’t feel up to it.

But then, quite spontaneously, I tossed all my ideas out the window and decided—BOOM!—we’d hit the streets come Sunday night.

And once I decided we’d do Halloween, I was all over it. Ghosts and goblins? Let’s terrorize the little sweeties—the scarier the better! Free candy? Yippee! Bring it all to mama, my sweets! 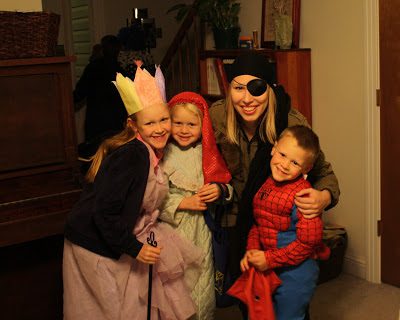 The kids grabbed clothes from the dress-up box. Nickel was a ragged, safety-pinned together spiderman. Sweetsie went as a we’re-not-sure-what. (Some of our guesses include a wigged out nun, a cleaning lady, and a Christmas tree ornament.) Miss Beccaboo transformed into a queen, complete with an iron curtain rod scepter and a paper crown. Yo-Yo was a clown.

And then we were off. It took The Baby Nickel a few houses to figure out what in the world was going on, but then he was off and running, literally.

After an hour of tromping around in the dark, shivering, and munching on candy, I was hooked. Halloween was a splendid holiday! So community oriented! So neighborly! So fun! In fact, I was so gong-ho that I suggested we hit a second neighborhood, a notion that got vetoed by my more sensible husband.

We arrived home with a boatload of candy and bad attitudes. This morning we’re dealing with the after effects, trying to find a balance between a candy free-for-all and the parental regulatory board.

And it so happens that sugar-induced hangovers and grumpy kids make me spacey.

Reason Number Six
We went to bed at ten o’clock last night, but I was awakened a half hour later by a whimpering Baby Nickel. Hoping that Mr. Handsome would rise to the occasion, I played dead. Turns out, Mr. Handsome can play a fine game of dead himself.

Perhaps Nickel will fall back asleep on his own, I thought, rolling over and squinching my eyes tightly shut.

But Nickel kept up his pathetic whimpering and Mr. Handsome kept making like a possum so I finally tumbled my tired self out of bed and on down the hall. I reached to scoop up my little boy and—eeeeew! I was hit by a wave of stink at the same time my hands touched wet slime.

The child, bless his heart, was whimpering because he had thrown up all over the bed and then face planted—no, body planted—in the stinky filth.

By round five, he was an old pro. A sweet, but weak, little voice would rouse me from my drowsy stupor with a polite, “I’m ready,” and I’d bound out of bed and whip a bowl under his chin. (At one point, Mr. Handsome mumbled something about sharing a bed with the Road Runner.) 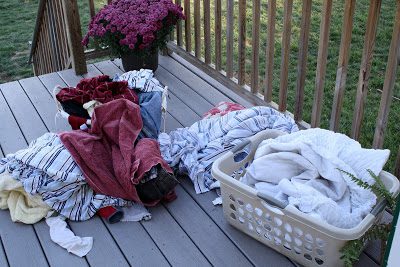 A fraction of the damage

Piles (and piles and piles) of puke-soaked laundry on four hours of sleep make me very spacey indeed. 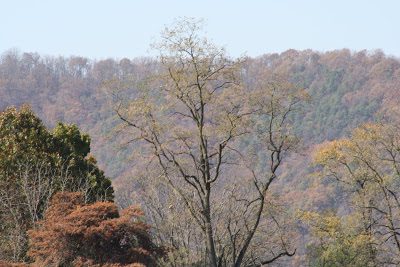