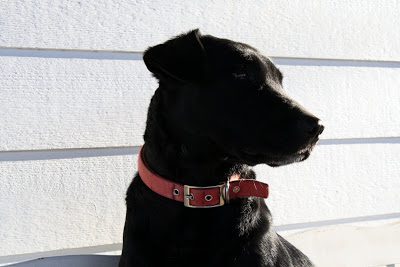 Thing One: a dog

One afternoon last week Yo-Yo burst into the kitchen and tearfully choked out that Francie was down in the field acting really weird and to please come right away. When I finally got to her, Francie was lying in the grass, trembling violently, drooling and rigid, the whites of her eyes showing. I had no idea what was going on. A snake bite? A kick from a horse? Though there was no sign of an injury, she appeared to be in extreme pain. I ordered Miss Beccaboo to fetch a blanket and Yo-Yo to call Papa.

All somber and sad, we gathered around, stroking her head and murmuring kind words. The end was clearly near. I didn’t want the kids to see this, but then again, I reasoned, it was good they could be close to her. Death was a part of life, so we might as well face it head on.

Suddenly, Francie sat up and sneezed. Then she wobbled to her feet, shook herself, looked at us rather inquisitively, and then took off at a trot for the house. Her tail end looked weak, but aside from that, she acted fine.

Well, humph, I thought. So much for dying.

When Mr. Handsome arrived a few minutes later, Yo-Yo again described what had happened, how Francie had started flopping about, crashing blindly into a bush, stumbling and falling, legs pinwheeling. Mr. Handsome-turned-James Herriot felt Francie’s joints, looked in her eyes and mouth, and then pronounced his diagnosis: a seizure.

Ever since then Francie has acted fine so I’m inclined to think Mr. Handsome was right. Still, we’re keeping an eye on her, watching out for weird behaviors. Hopefully, there won’t be any.

Thing Two: a blog
My cousin Zoë (my aunt Val’s daughter, for those of you concerned with these sorts of connections) has started a blog! 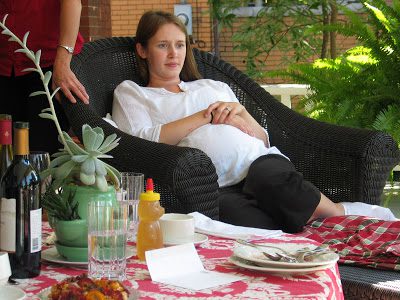 Though she also has an etsy shop, the blog (so far) is all things food. Being the wholesome person she is, there’s a good bit of whole wheat (that she grinds herself) tossed in amongst the sugar and butter. Go check it out and give her a bit of good, old-fashioned blog loving. She’s a sweetie.

Thing Three: an interview
Today I’m posting over at Thy Hand Hath Provided. She’s doing a series on “giving of ourselves” and interviewed me on our experience as foster care parents. So, if you’ve been considering becoming a foster parent, or you’re just curious about how it all goes down (hint: it’s not all peaches and cream), head over there to read my tirade, er, words of wisdom. 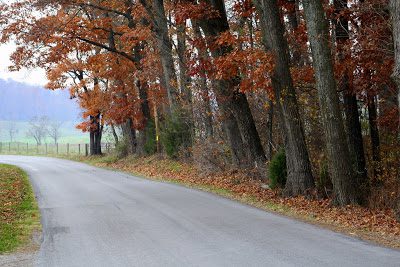