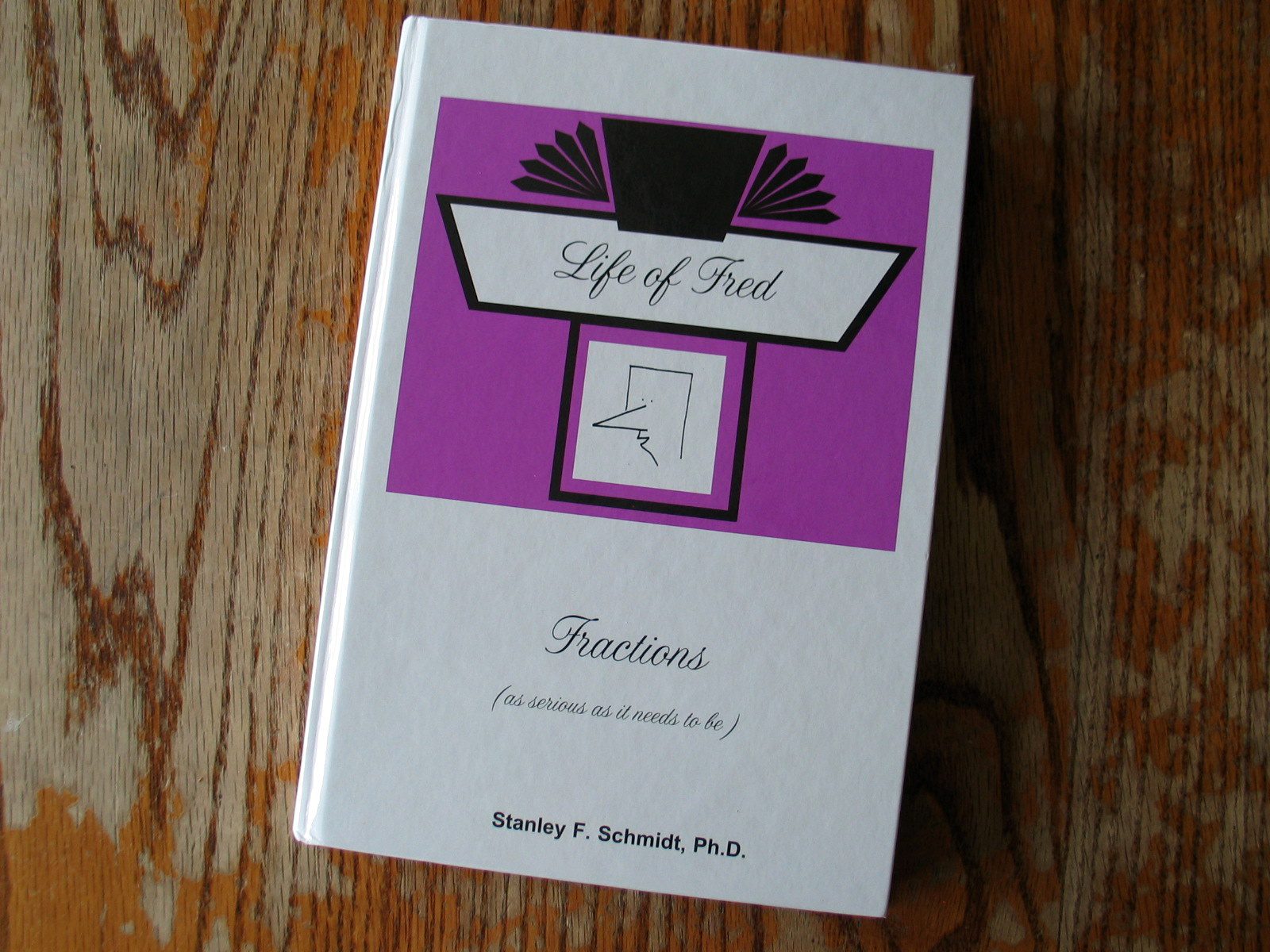 Fred is five-and-a-half years old. He got ripped off when he bought himself a bicycle (ended up paying $1600 instead of the original $200). He was buying a bicycle because he wanted to wear a bike helmet but thought it would look uncool to wear a helmet without a bike.

Then he dropped a large knife and it went right through his foot. His friends carried him to the hospital, but the doctors and nurses didn’t act fast enough and he ended up losing half his blood. It was the janitor who noticed that there was a pretty big problem (he was mopping up all the blood so it was kind of obvious) and advised the doctor to stick a “two plus two” into his arm, and of course, since two plus two equals four, he was referring to an IV.

I should also mention that Fred is an extremely popular college professor. When he teaches his classes, the room is packed with eager students, as well as journalists, bloggers, TV reporters, and even a sculptor working to capture the moment.

And we love him just as much as everyone else does. He makes us laugh and teaches us math in between giggles.

In case you haven’t already figured this out, Fred isn’t real. He’s just the main character in a series of math books that starts with fractions and goes right up through calculus, statistics, and linear algebra, but boy oh boy, is he ever amazing. 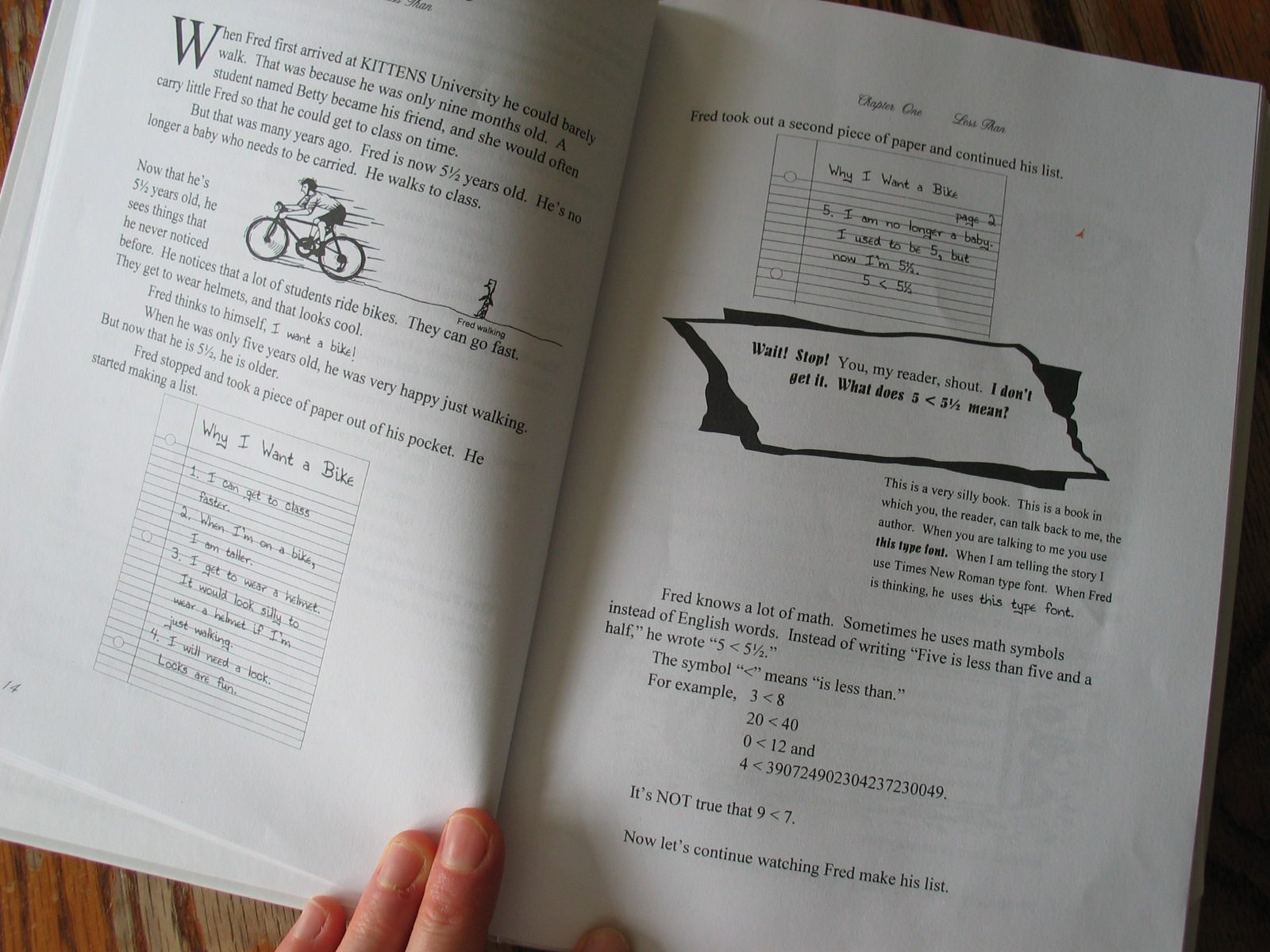 This is my new favorite book and I feel rather evangelical about it. (And no, nobody is passing me big bucks under the table to write all this good stuff about Fred—I just am. BECAUSE I’M SO FREAKIN’ EXCITED.)

My sister-in-law owns the whole series—a bunch of hardback, nonconsumable books, each book ranging in price from $19.00 to $49.00. (When you consider that one year of Saxon math costs around $150, you’ll understand how much of a steal the Fred books are.) I’ve only purchased the first one because I wanted to make sure we liked it, but next time I order I’ll be getting a whole bunch. 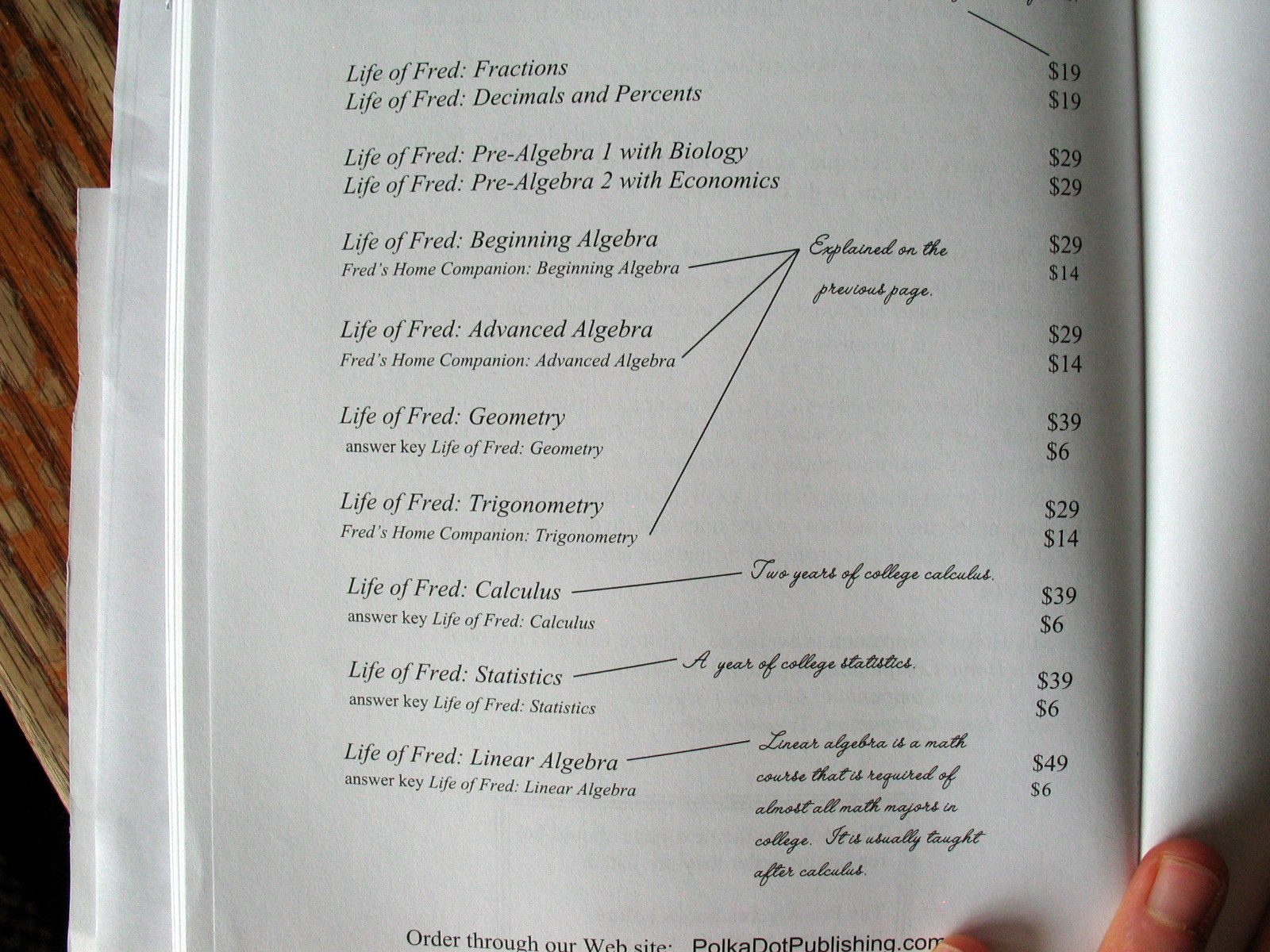 We are CRAZY about Fred.

It’s not just me, either. Earlier this week when I didn’t have much time for homeschooling and told Yo-Yo he could pick a subject and I’d pick another one, he promptly chose Fred. And when Mr. Handsome comes home from work, Yo-Yo sometimes reads him the entire lesson/story just because it’s so stinkin’ entertaining. 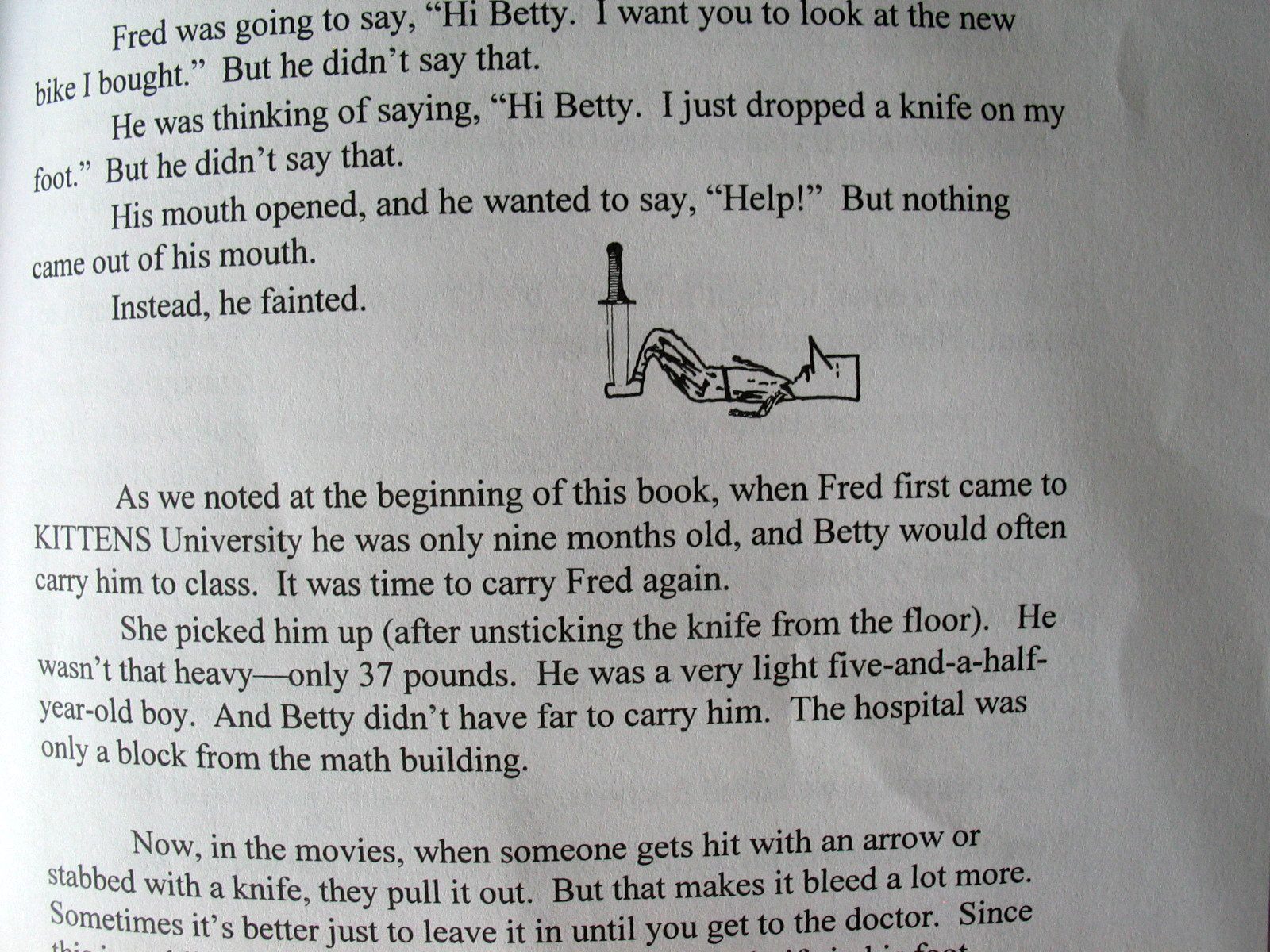 The other thing I love about Fred is that we’re (I say “we” because I fully participate in each lesson—I can’t help myself) learning more than just math. There’s also history and grammar, manners and science, and literature and art.

And get this. There are no endless columns of practice problems like you used to have in grade school. There’s simply the lesson and a few problems, of all sorts and all jumbled together, and then you move on to the next lesson. Boredom is not an issue. 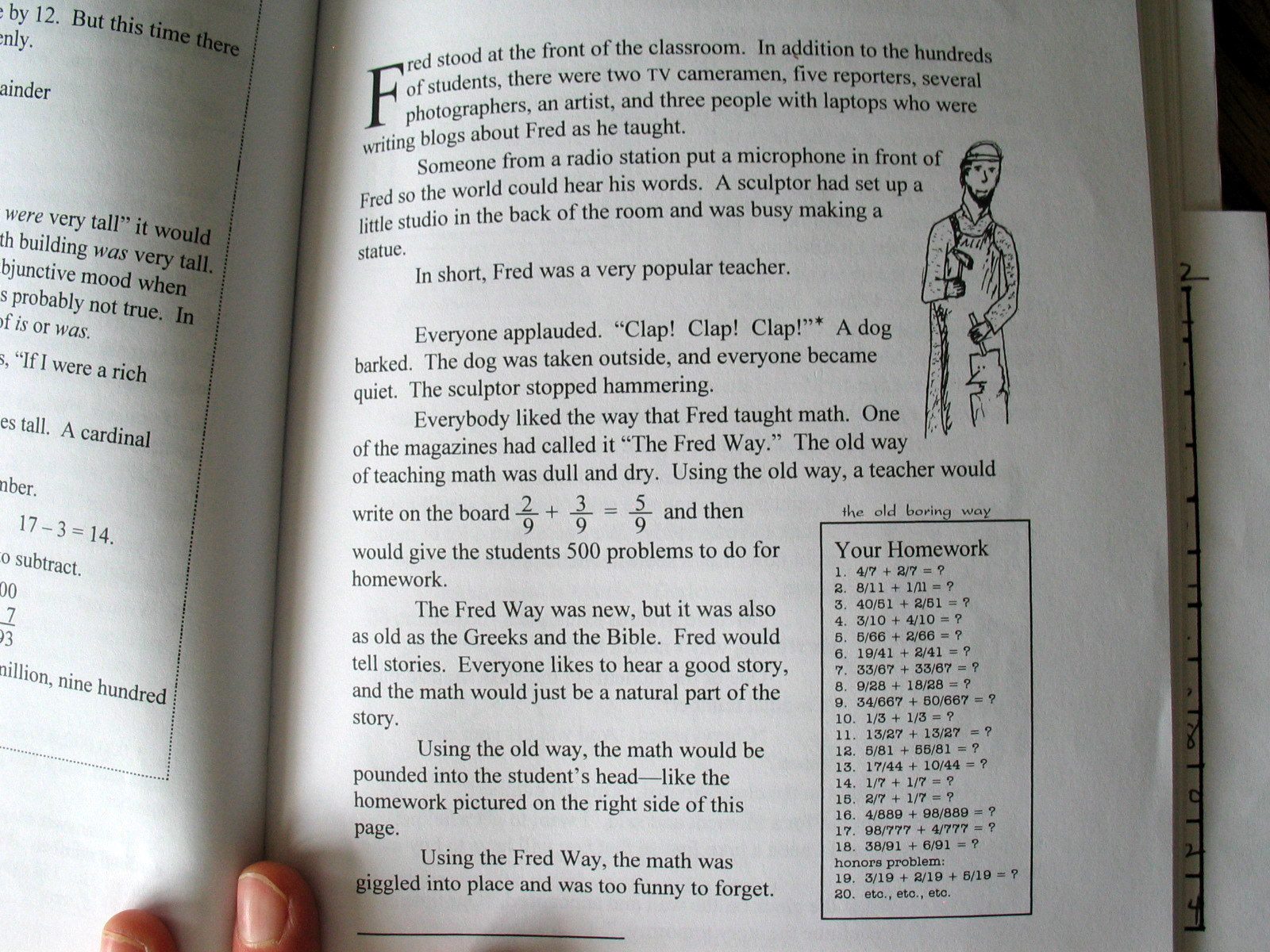 When we started the series a month ago, Yo-Yo didn’t really know any math above basic addition, subtraction and simple multiplication (and even that was/is sometimes slow and belabored), and he had never done long division, but we jumped right into Fred’s world and with a bit of extra explaining, he was fine.

Want to read more about Fred? Here’s the website, here’s where you order, here’s an interview with Fred’s creator, and here’s Fred’s creator’s website. Since I ordered our Fred book, two more homeschooling friends have placed their orders, one non-homeschooling mom has ordered, and my father toted the book to school to show to one of the math teachers.