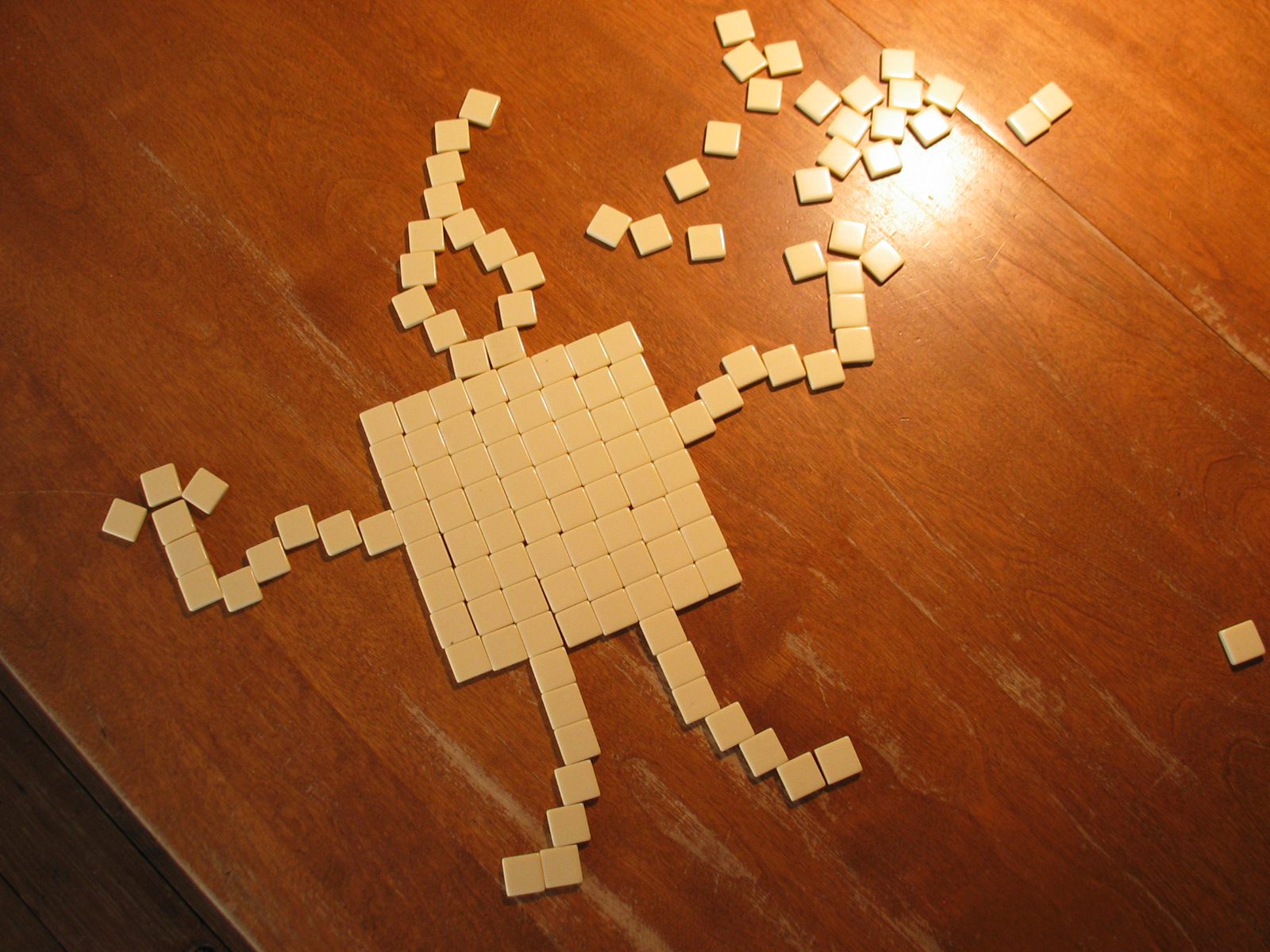 Yo-Yo and I have been playing Bananagrams.

While he waits for me to come join him at the table, he creates shapes.

I made a quick pizza with my new tomato sauce. Just crust, sauce, fresh basil, and mozzarella cheese. 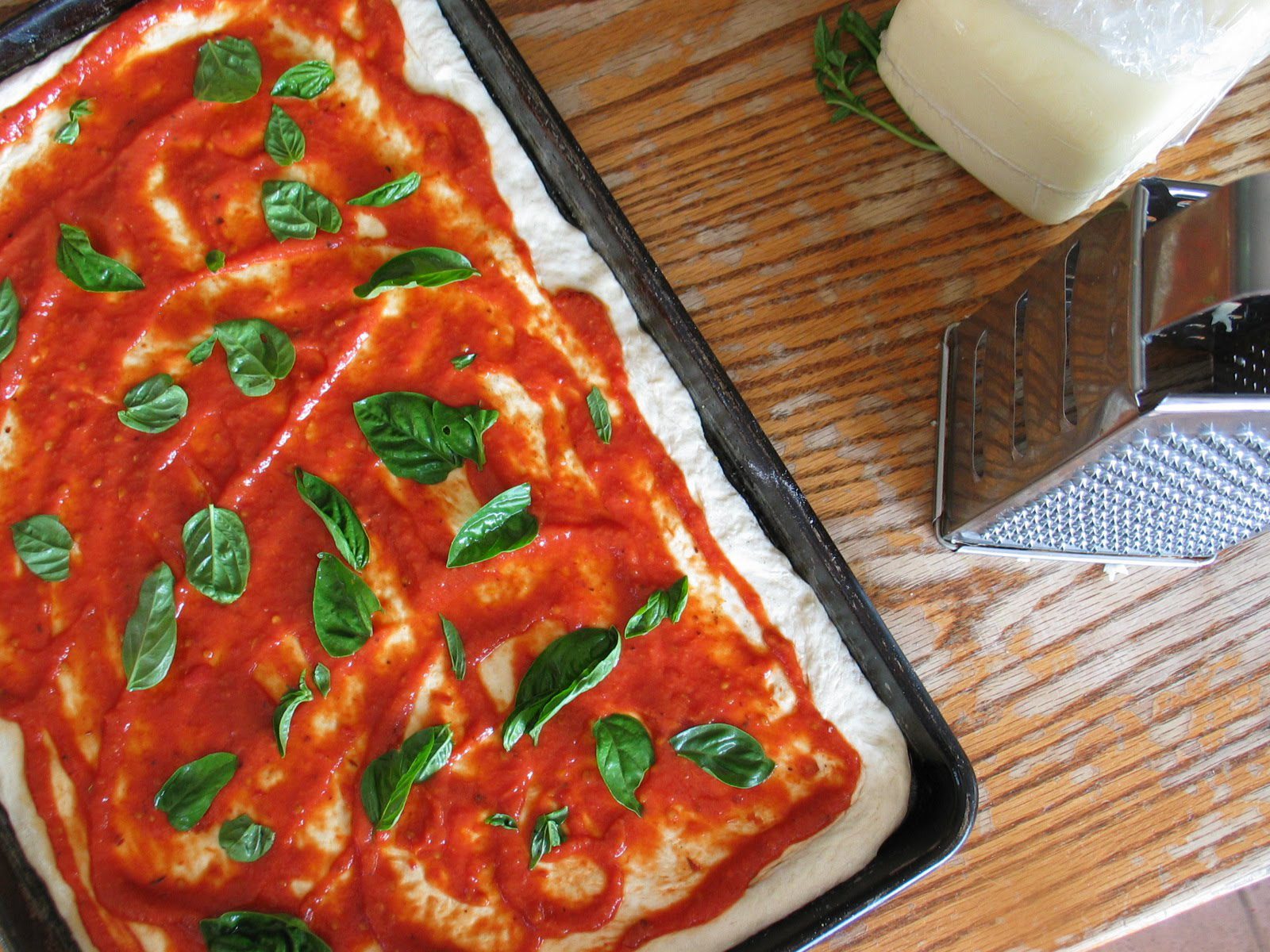 It crossed my mind that I could whip up a batch of homemade mozzarella, but I scratched that idea as soon as it reared its head. If I’d-a had more time…

My kids are notorious for never using games/tools/furniture for the intended use. (See above picture of bananagrams.) This often drives me quite batty, but other times I get a huge kick out of it. Take, for example, what they’re doing with their swing set. They’ve turned it into a swinging seesaw. They balance, swing, and rock, all of which is punctuated with squeals and screams. It’s keeps them occupied, so I’m happy. 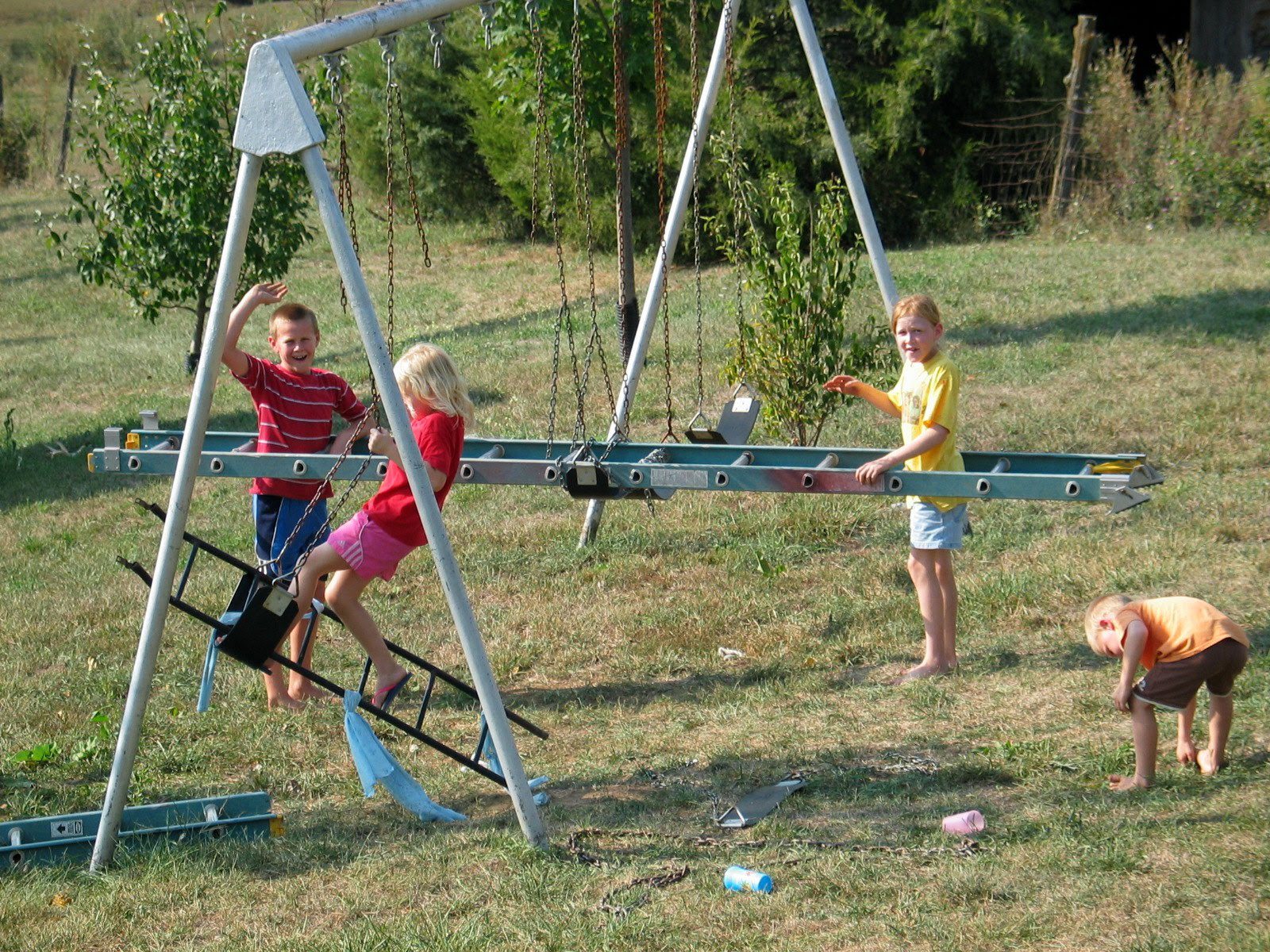 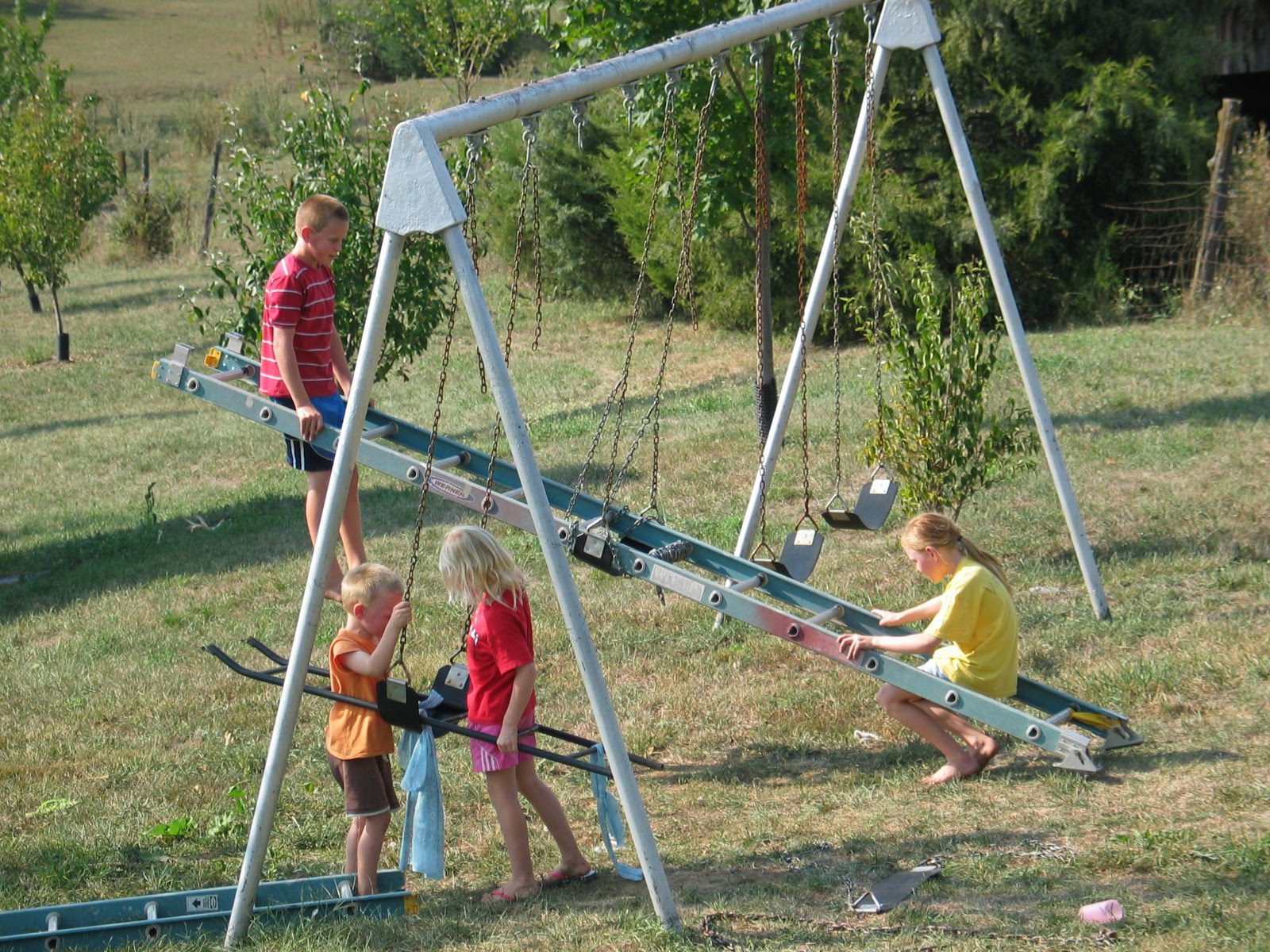 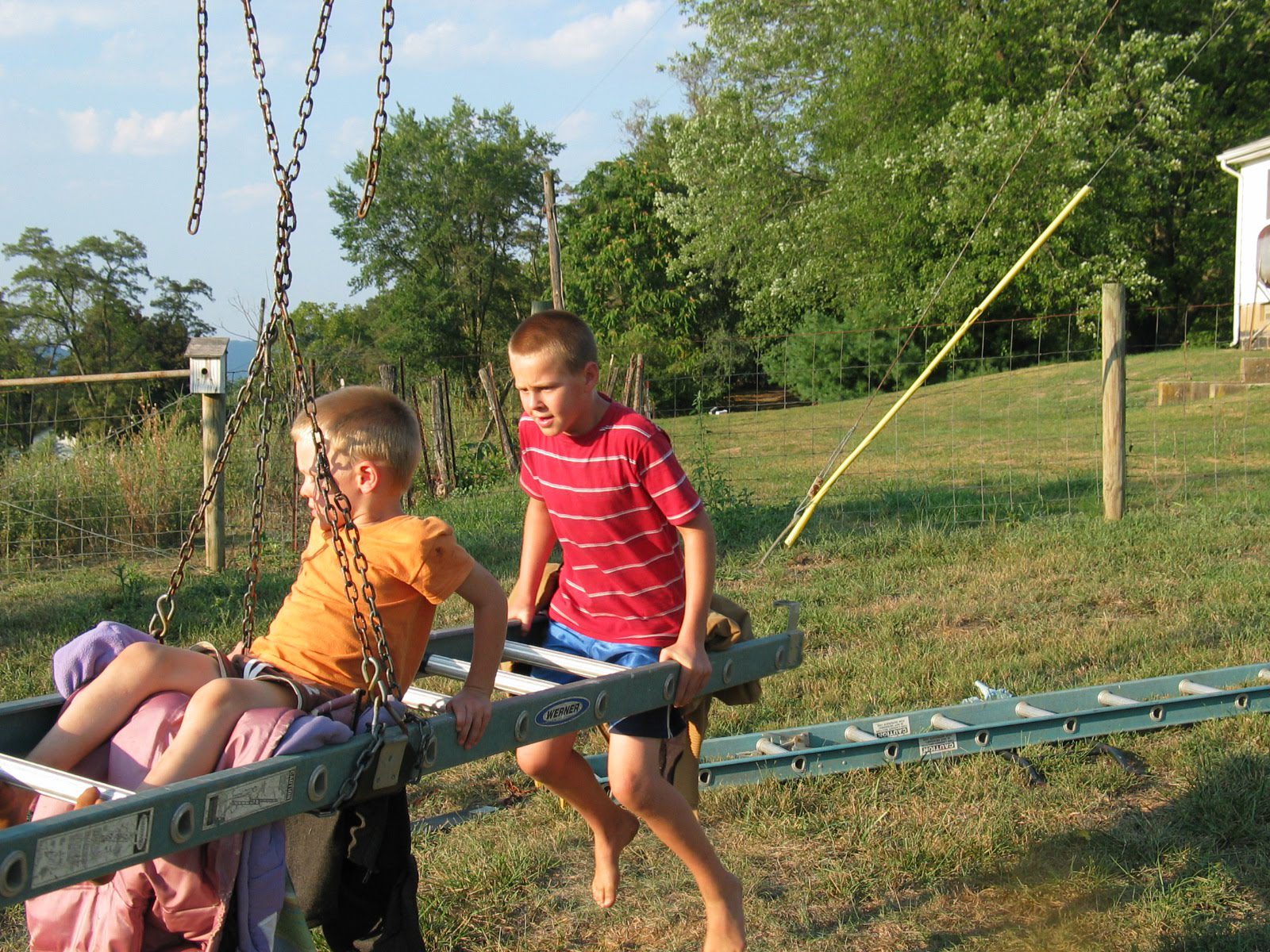 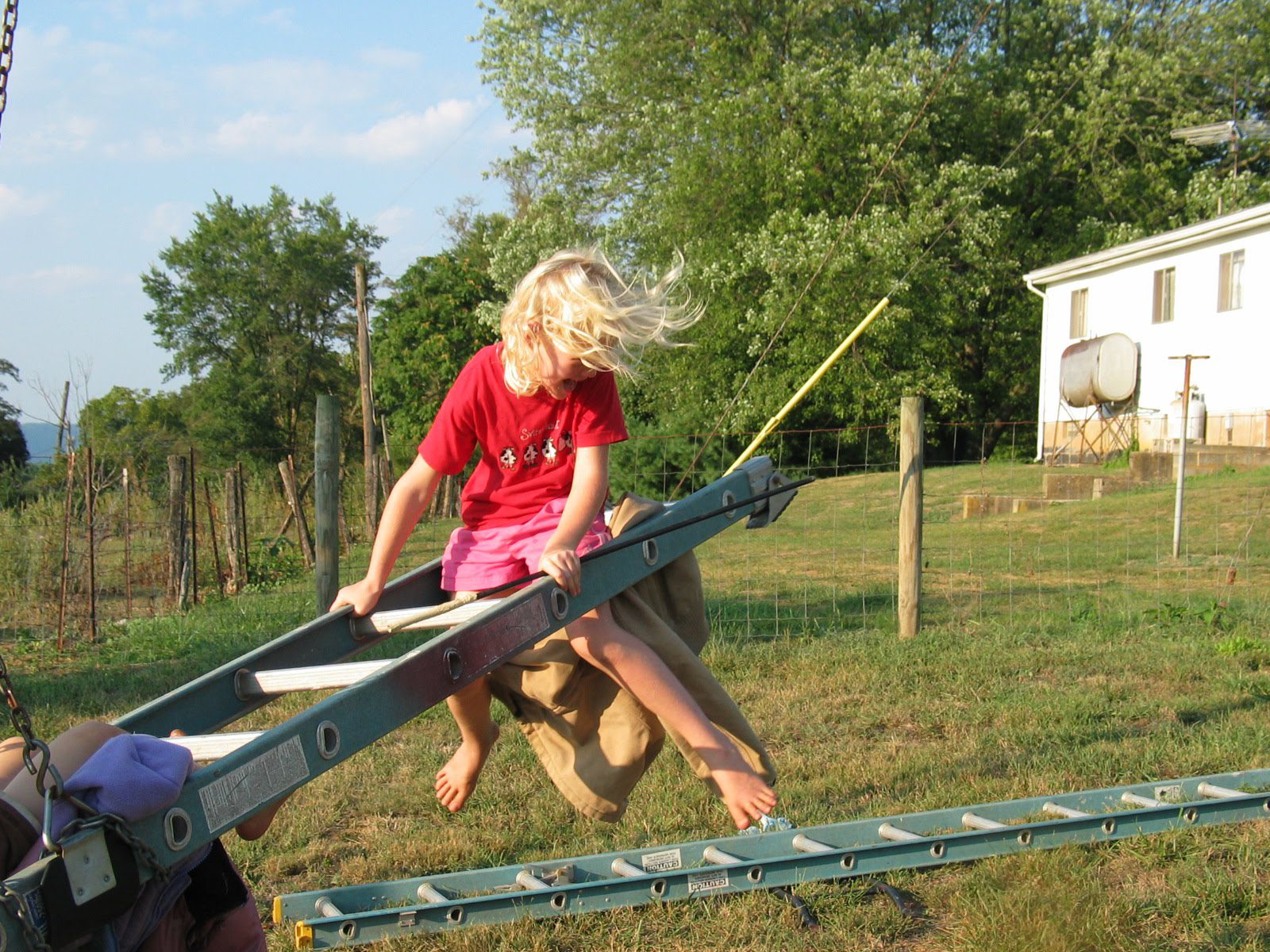 They used all the coats and jackets they could find to pad their little behinds. Ladder rungs aren’t all that comfortable to sit upon.

Yo-Yo and Miss Beccaboo went all hushy-hushy on me a couple days ago. They said they were working on my birthday present. It involved clandestine phone calls to my mother. It involved my sewing kit. It involved closed doors and wild shrieking to STAY OUT when any of the rest of us dared venture too close.

There was deep despair. And there was resilience.

There were more closed doors. And then, finally (but about four weeks pre-birthday), they trooped downstairs bearing a large object wrapped in Yo-Yo’s spiderman blanket. Inside was… 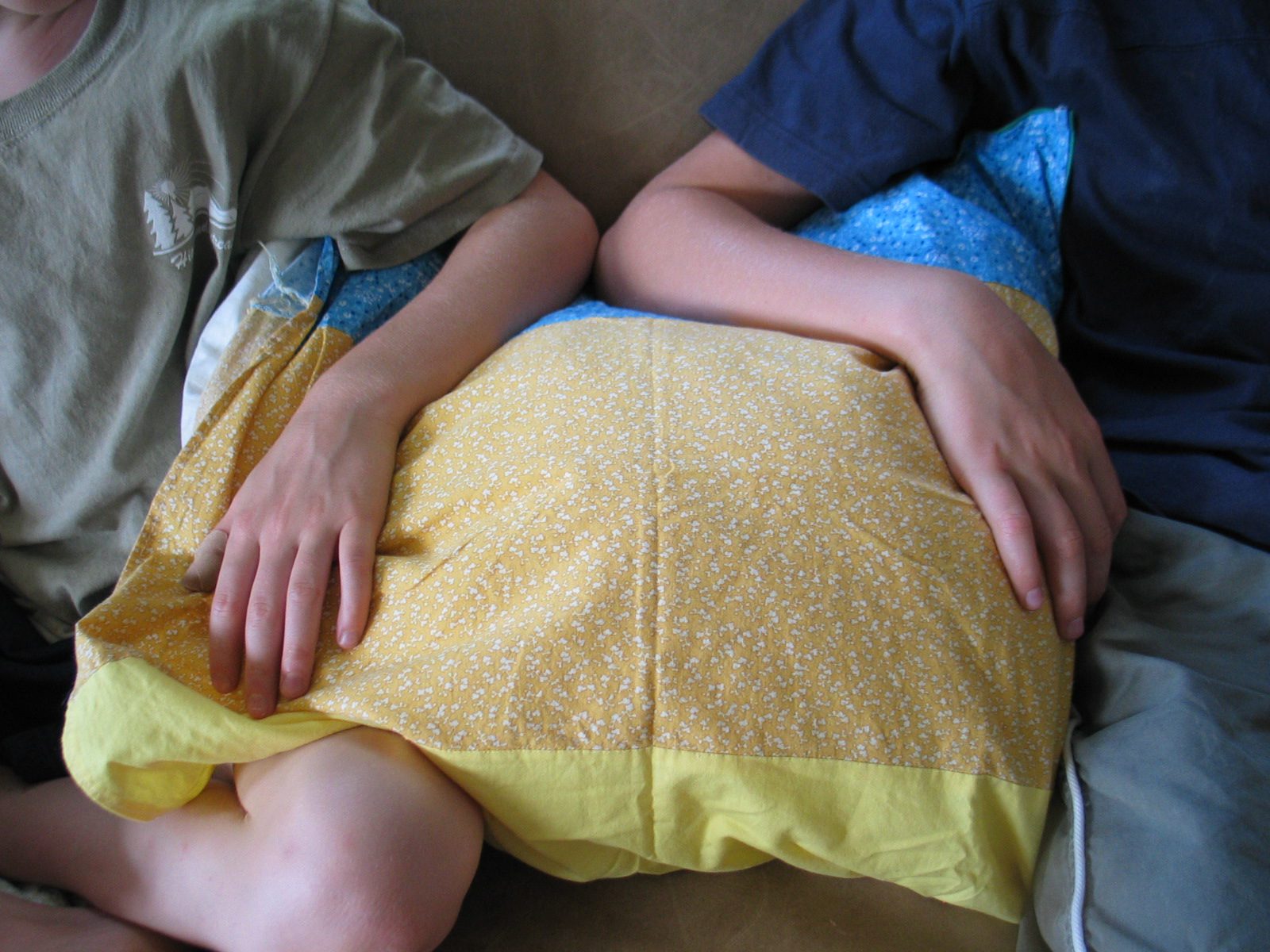 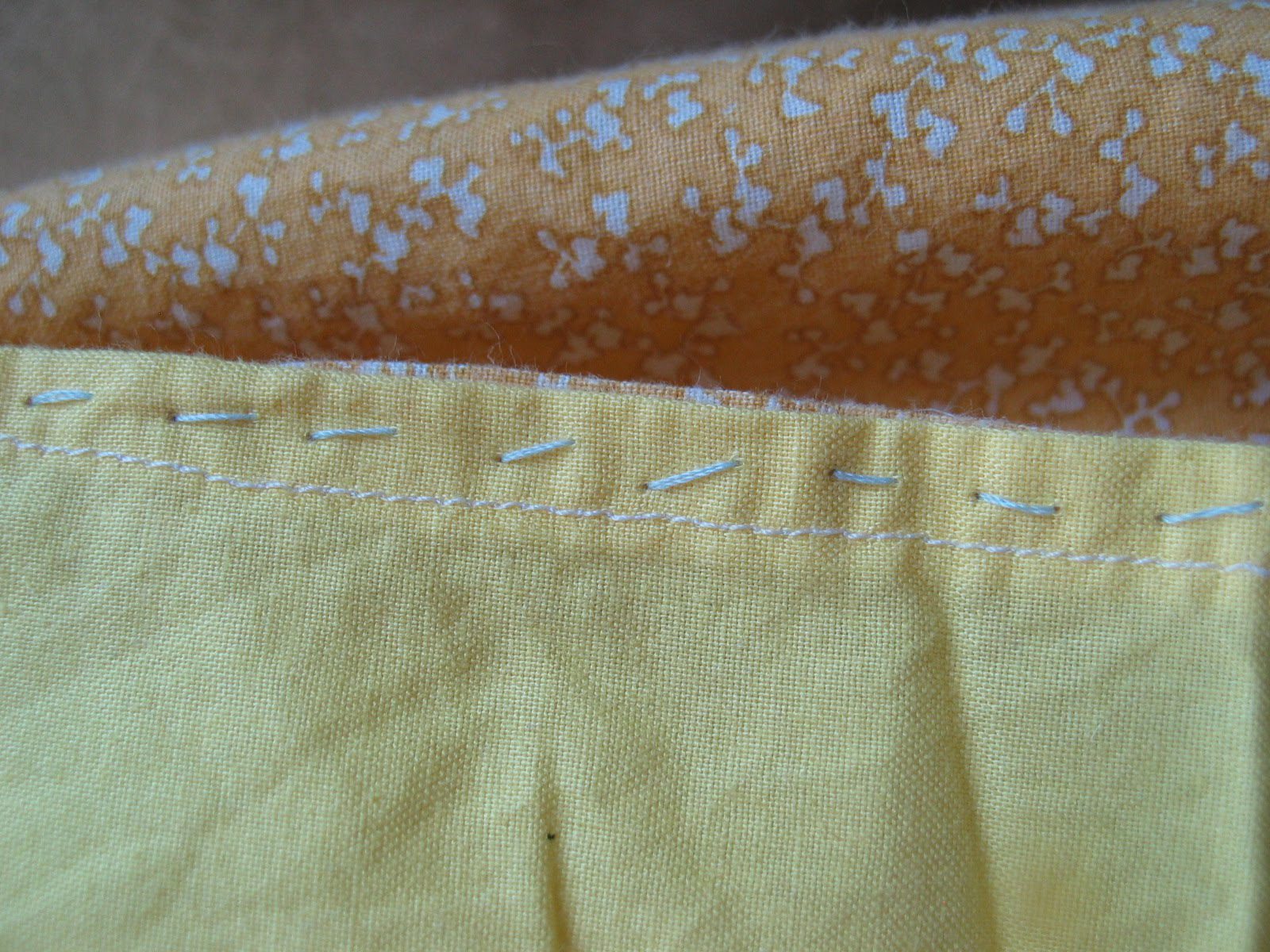 The patchwork cloth had already been sewed at Grandmommy’s house, I do believe. When they called her to see if they could use it, she reportedly said, “You can eat it for all I care.” So they hand stitched two of the sides together to make me a birthday pillowcase. 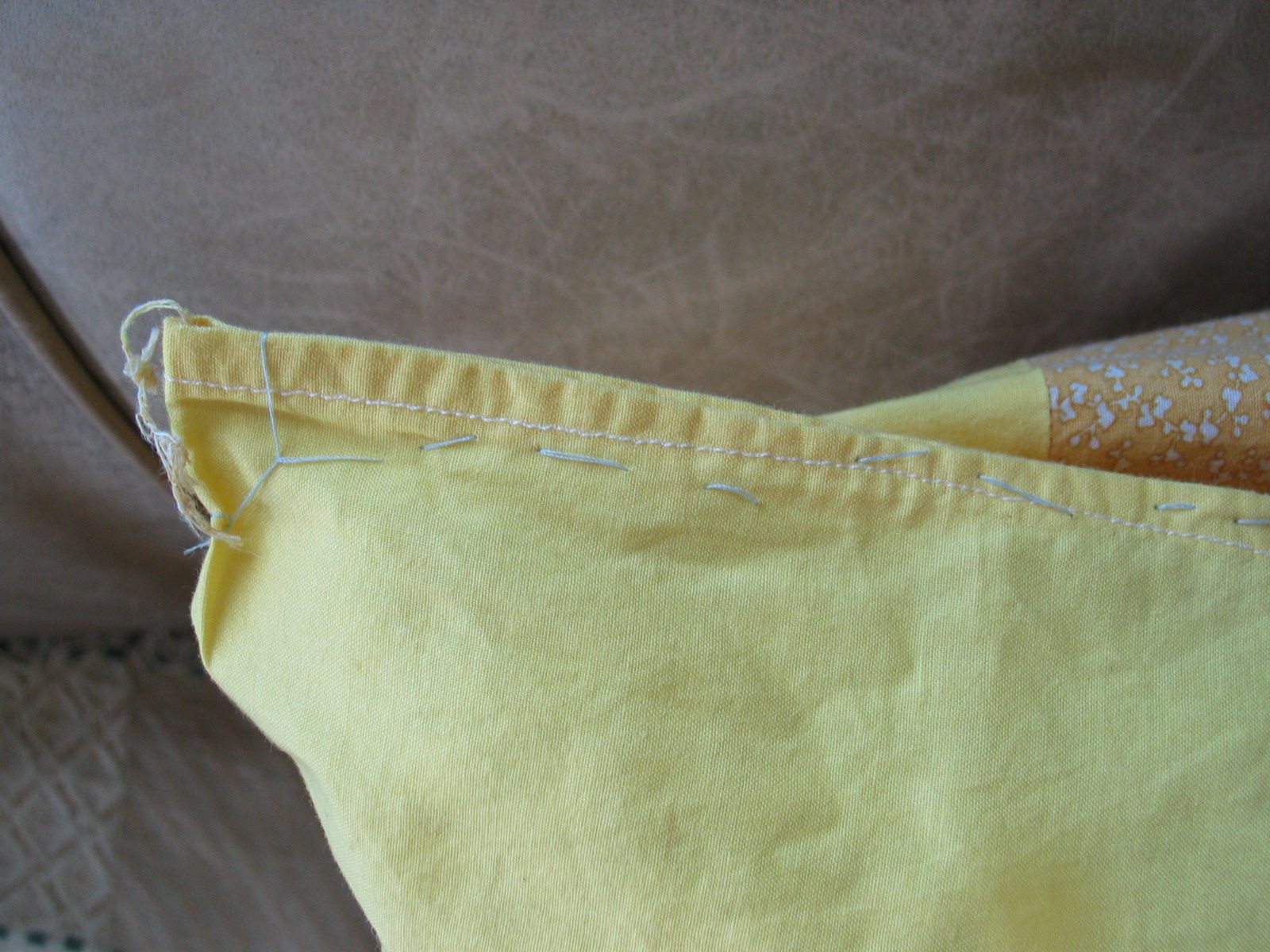 The reason for the big stitches, Yo-Yo explained, was that he was running out of thread.

I was touched. I even got a little teary-eyed. The pillow now resides on my bed. I love it. 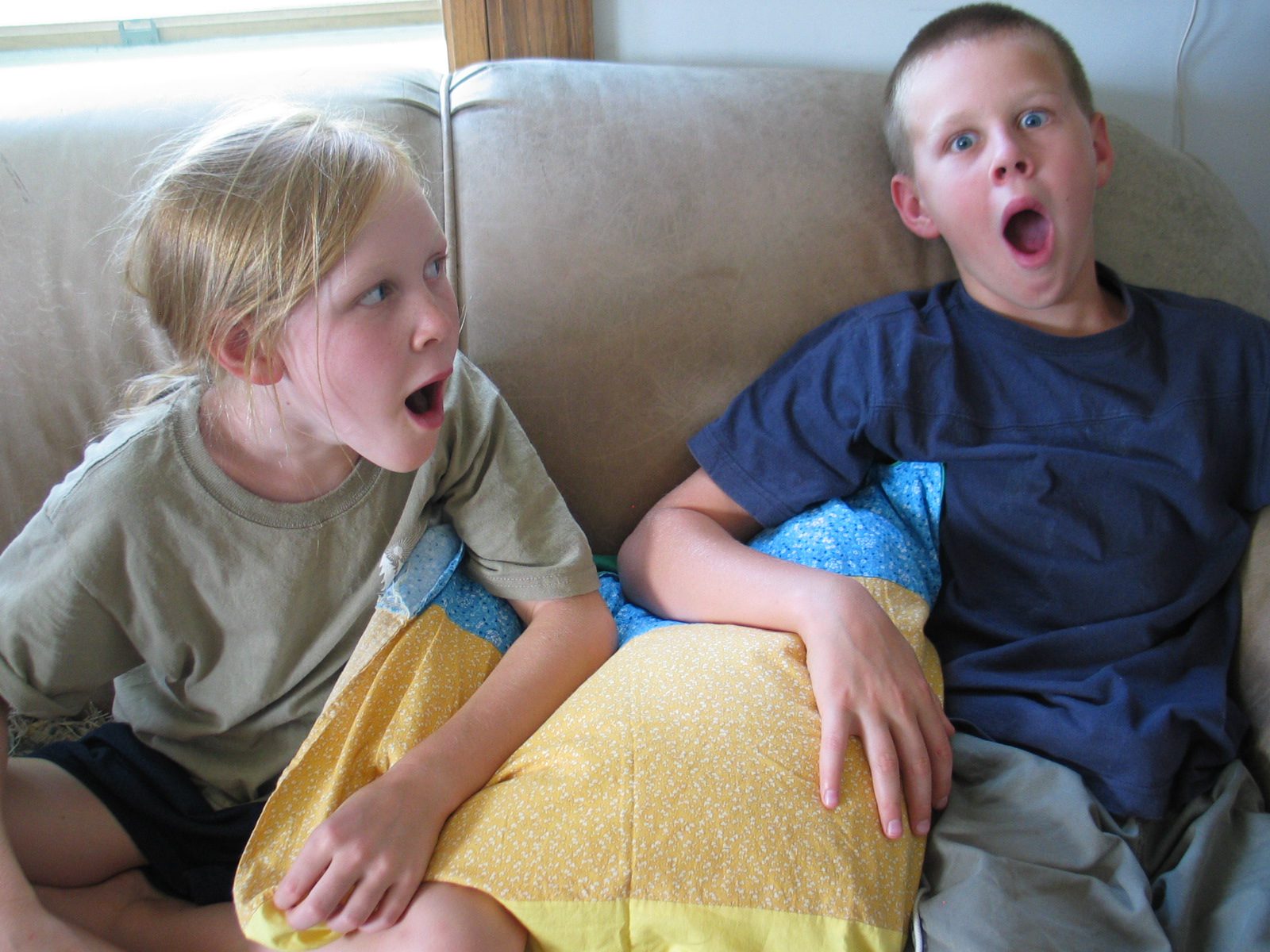 Heck, I love them, the silly goons.

We’ve been eating oven s’mores for desserts most nights. It’s a nasty habit. You don’t want to start. 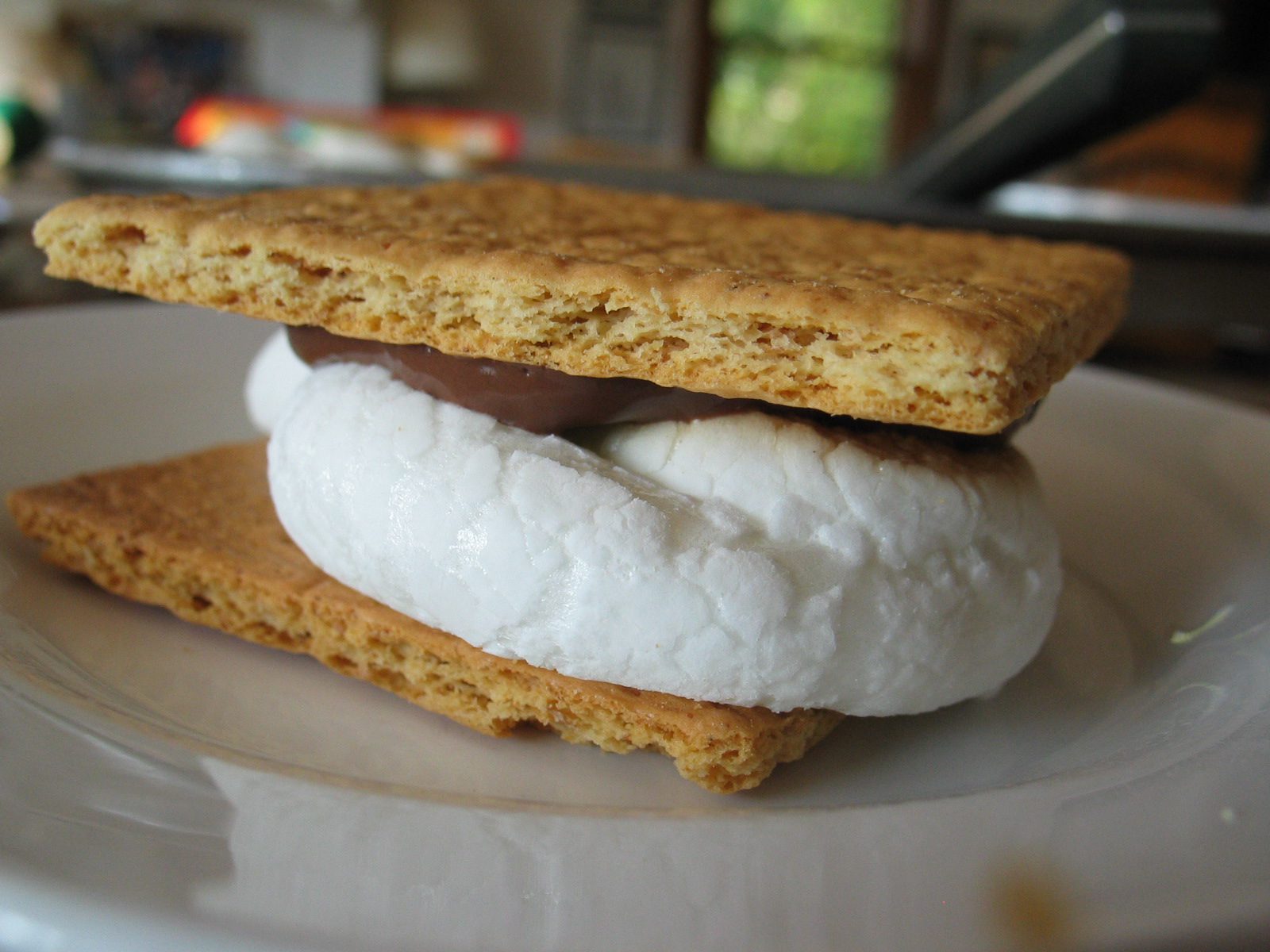 Yes you do. Make them.

No, don’t. You’ll get addicted and then live to regret it. You’ll never visit this blog again. You’ll hate me.

Actually, you’ll love me. Make them. 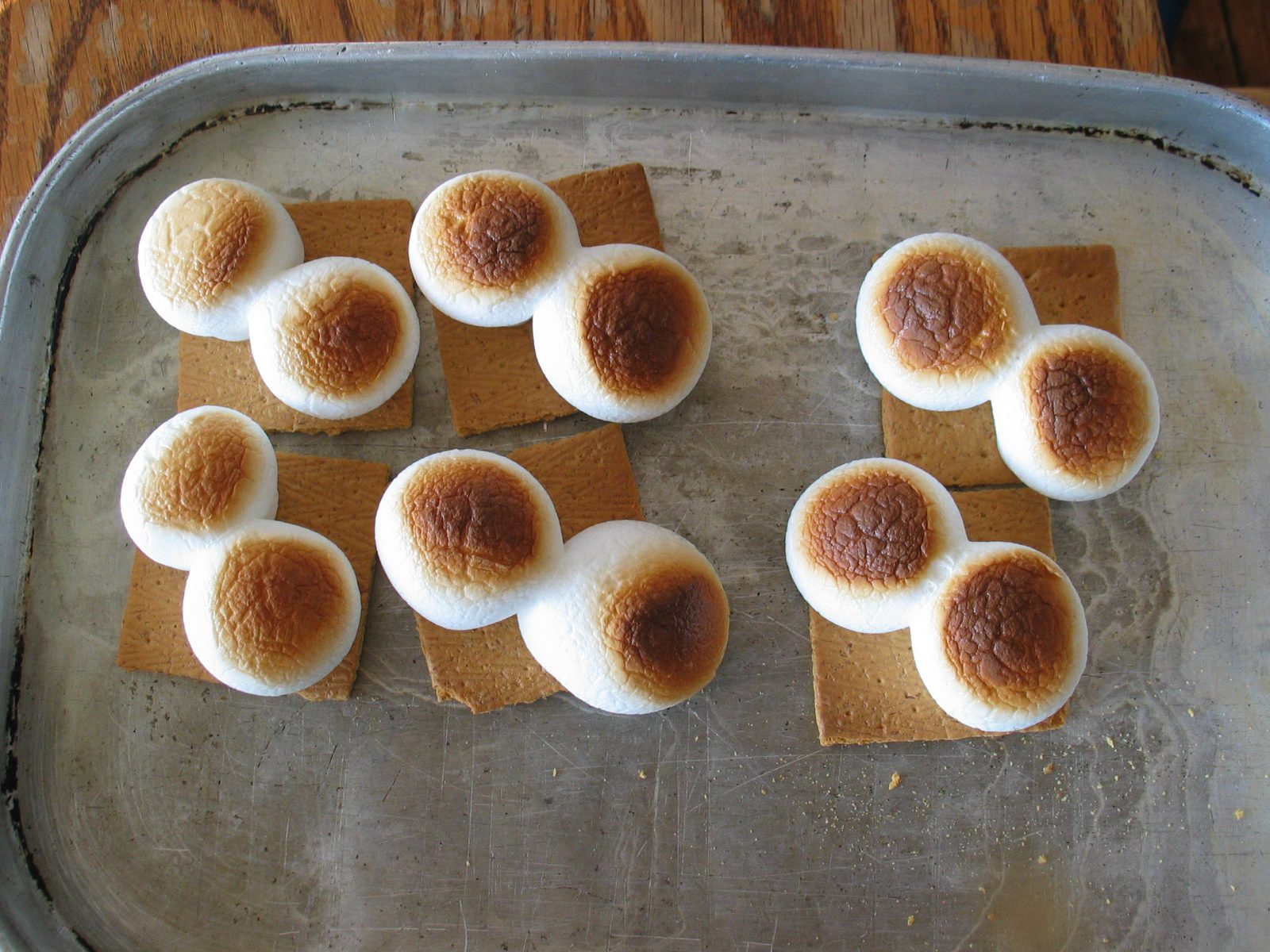 Sit a couple marshmallows atop a graham cracker and stick it under the broiler till nice and toasty. 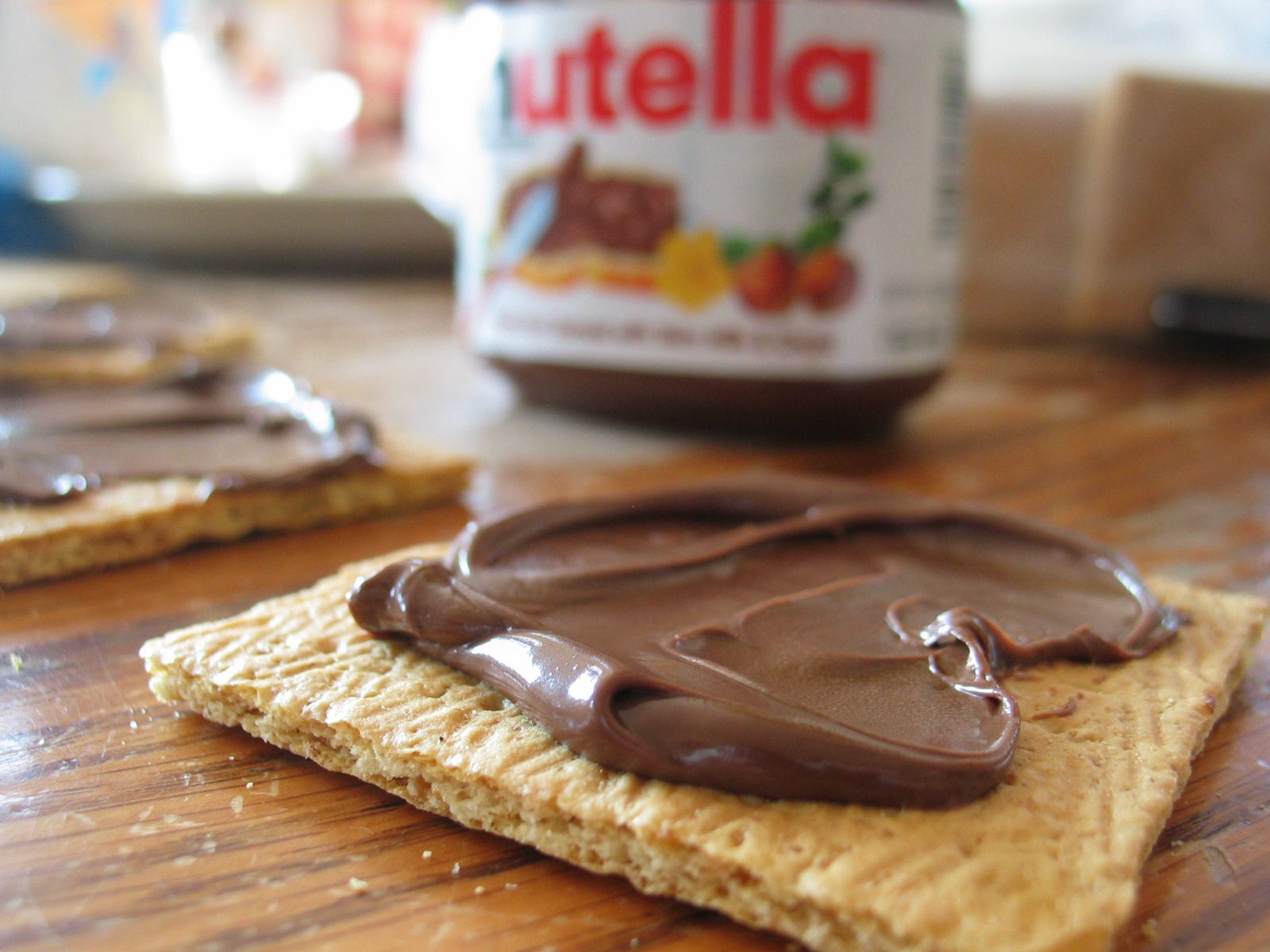 Smear the other cracker with Nutella. Lick the knife. (But don’t let the kids see or they’ll all beg for licks.) 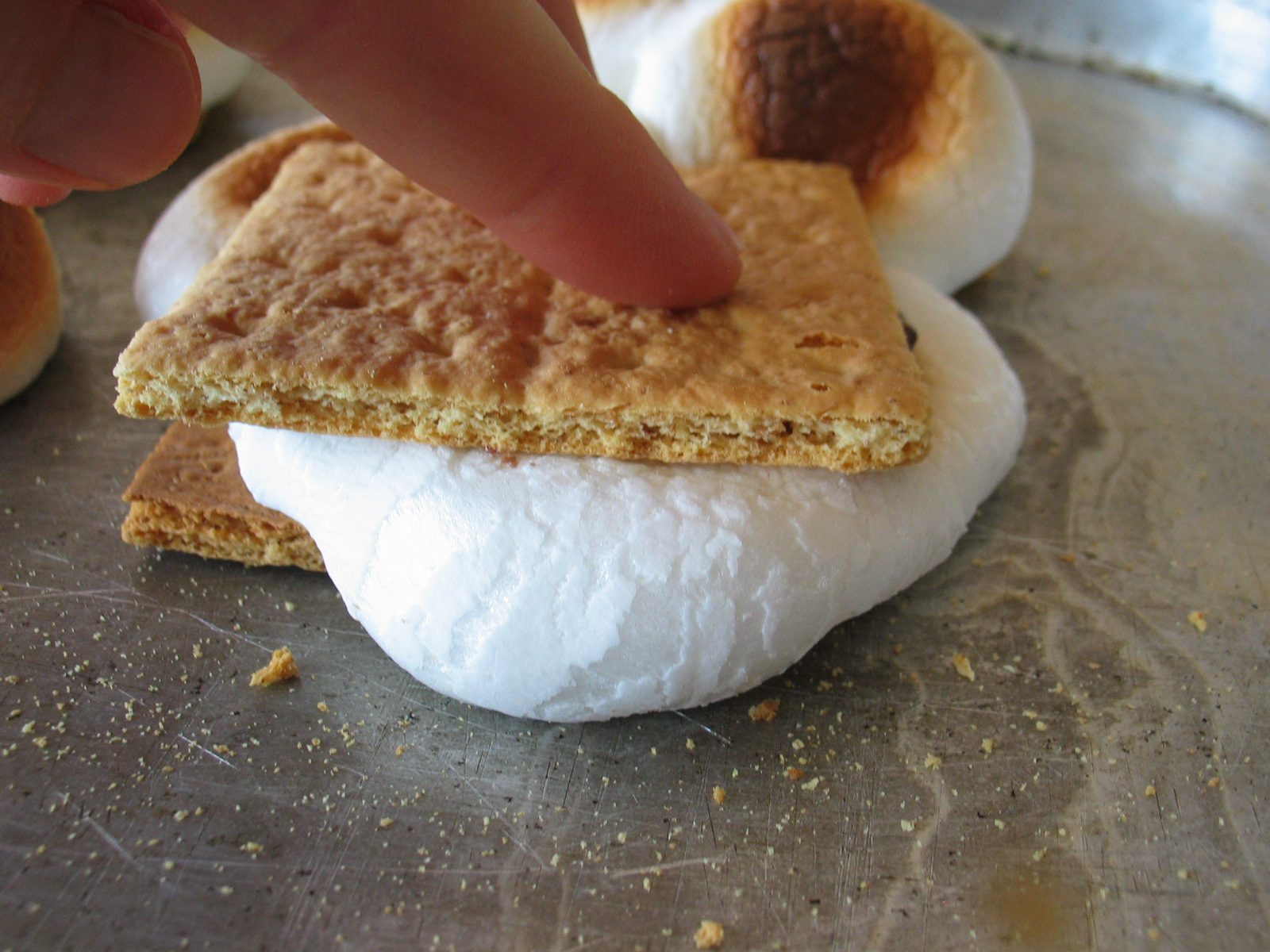 Unite and bite! (No pictures of the biting. Too messy for that. And besides, I was really focused on my ooey-gooey piece of heaven.)

No nutella? Use chocolate chips or any other type of chocolate that strikes your fancy.

Another suggestion: add slices of banana.

This same time, years previous: dreaming, on our way, smartly