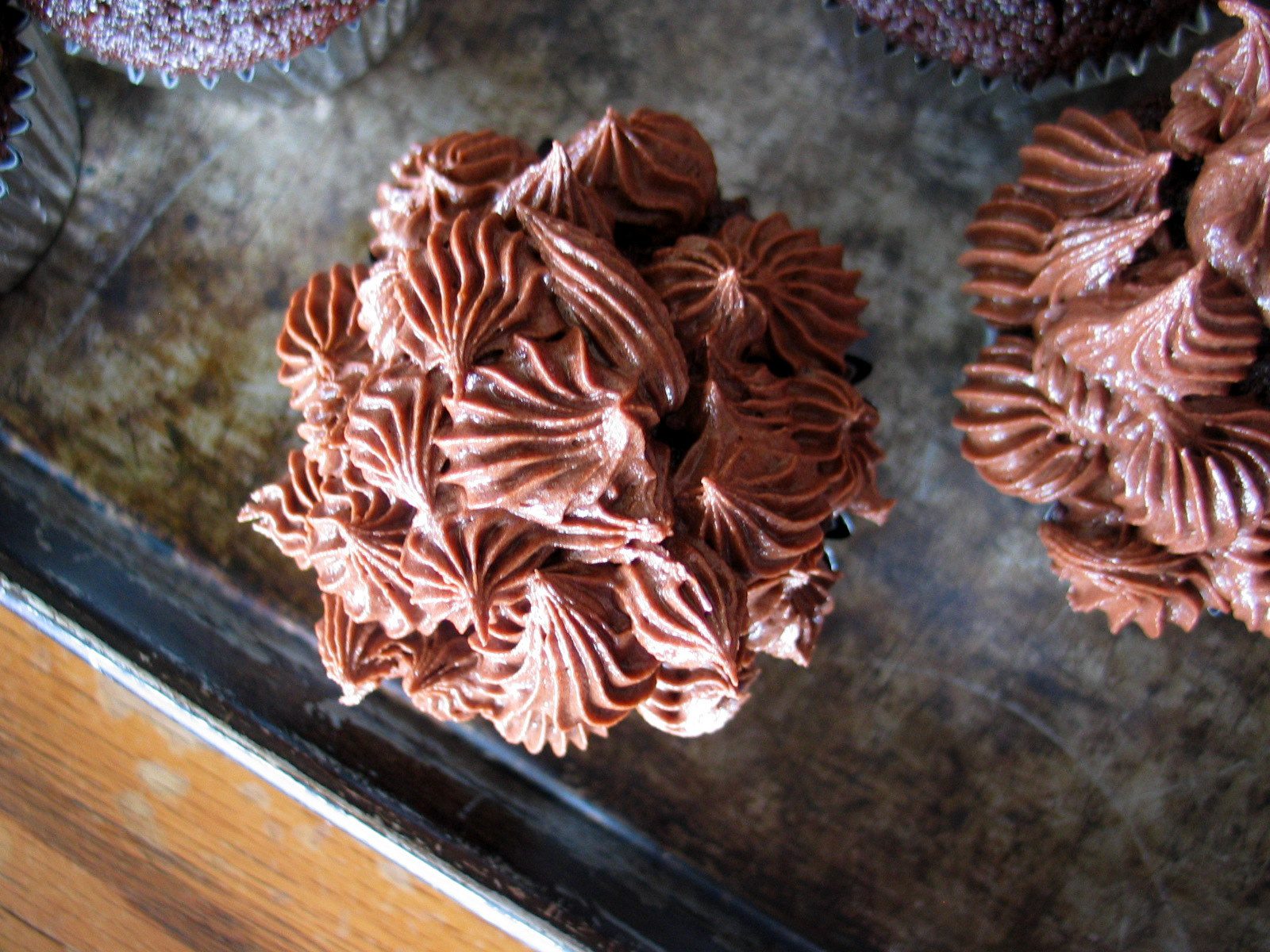 I am not an icing person. Yes, I like my icings (especially this one and this one and this one), but aside from a few chaste swipes while mixing and decorating, I don’t like to eat it straight up. Icing is to top off a cake, not to be masticated all by itself. That some people go to bakeries and buy shots of frosting turns my stomach. I’m much more about the cake part of the equation.

You can probably see where this is going. I’ve already blown my predictable self out of the water by first twiddling my thumbs all summer long and then beginning our homeschool studies in FREAKIN’ AUGUST. Considering this track record, the following statement comes as no surprise: FORGET THE CAKE AND GIVE ME THE ICING. Not just any icing, mind you, but this one.

Chocolate Malted Milk with a splash of strong coffee—whoa baby!

I’ve gone from never eating a shot of icing to consuming close to about five while decorating the cupcakes. I ate it straight out of the bowl, swooped up off the counter (where I accidentally plopped copious quantities while trying to shove it into the decorator bag), and squirted directly out of the decorator tube onto my finger. I licked spoons. I scraped bowls. I was completely and totally out of control. I ate so much I got the shakes. To keep from eating myself into a coma, I plunged the dirty bowl under water and buried the decorator bag in the trash.

Then I went on a long walk when Mr. Handsome came home. The fresh air set me straight. So straight, in fact, that I had a cupcake (with lots of icing) and milk for dessert with no ill effects. The Baby Nickel, on the other hand, went berserk. 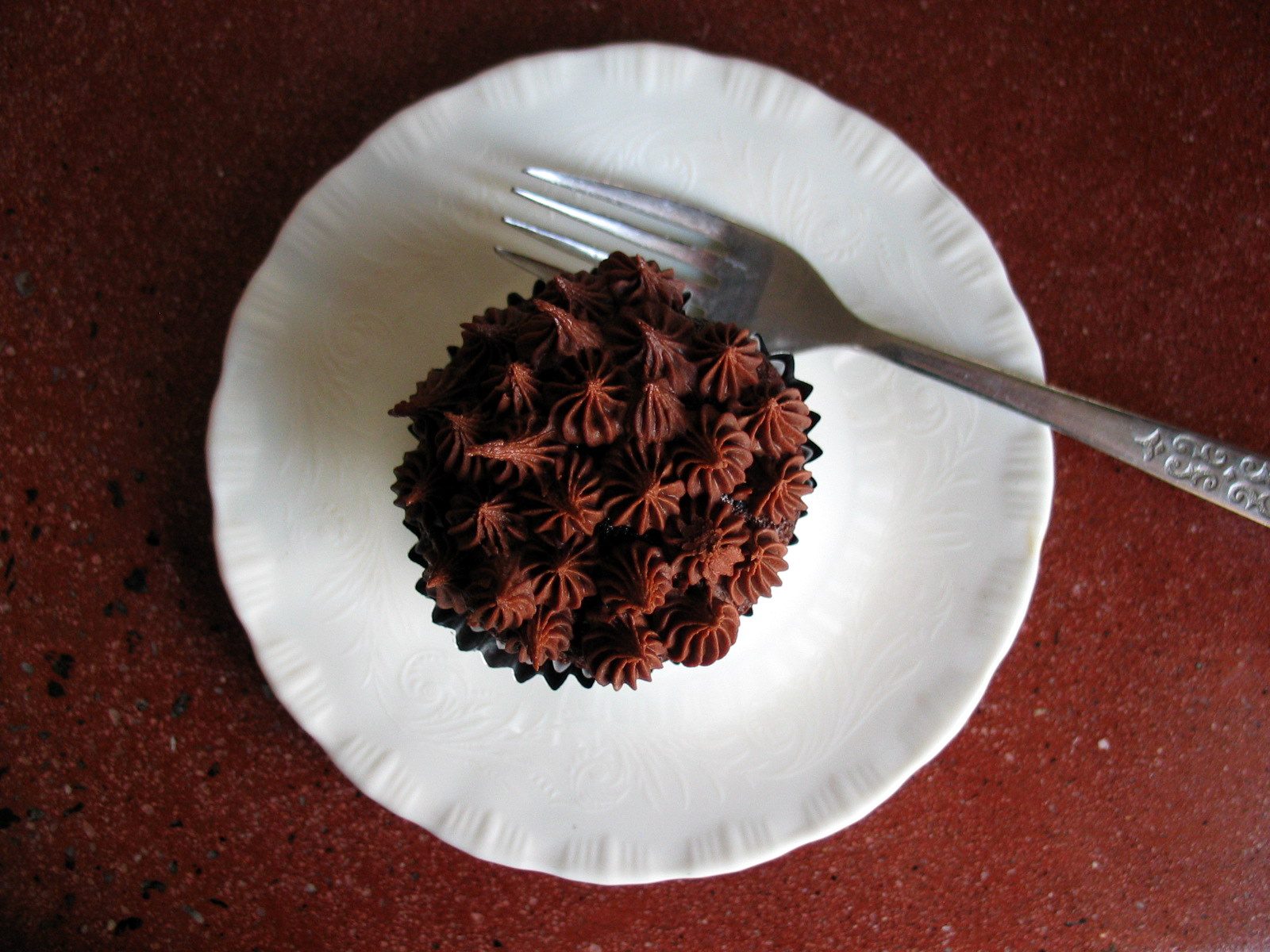 I don’t know anything about malted milk. I’m not a malted milk person. My mother didn’t feed me malt. (She fed me carob and to this day I abhor the stuff. Thankfully, her detour into Health Nut Land was short lived. Me and my brothers emerged relatively unscathed.) (Except for my carob abhorrence.) And Mr. Handsome didn’t take me to trendy hamburger joints for malted milkshakes when we were dating. He took me to Denny’s. And a football game. (I still don’t see the point of bulky men running around a field in tight little pants.) And to his brother’s wedding (we were mortifyingly late and there wasn’t even any hanky-panky involved; we were just lost, like normal). And to cheap movies. There were a few dark, country roads and some deserted church parking lots thrown in for, um, you know.

And that’s about all we had time for because then we got married. 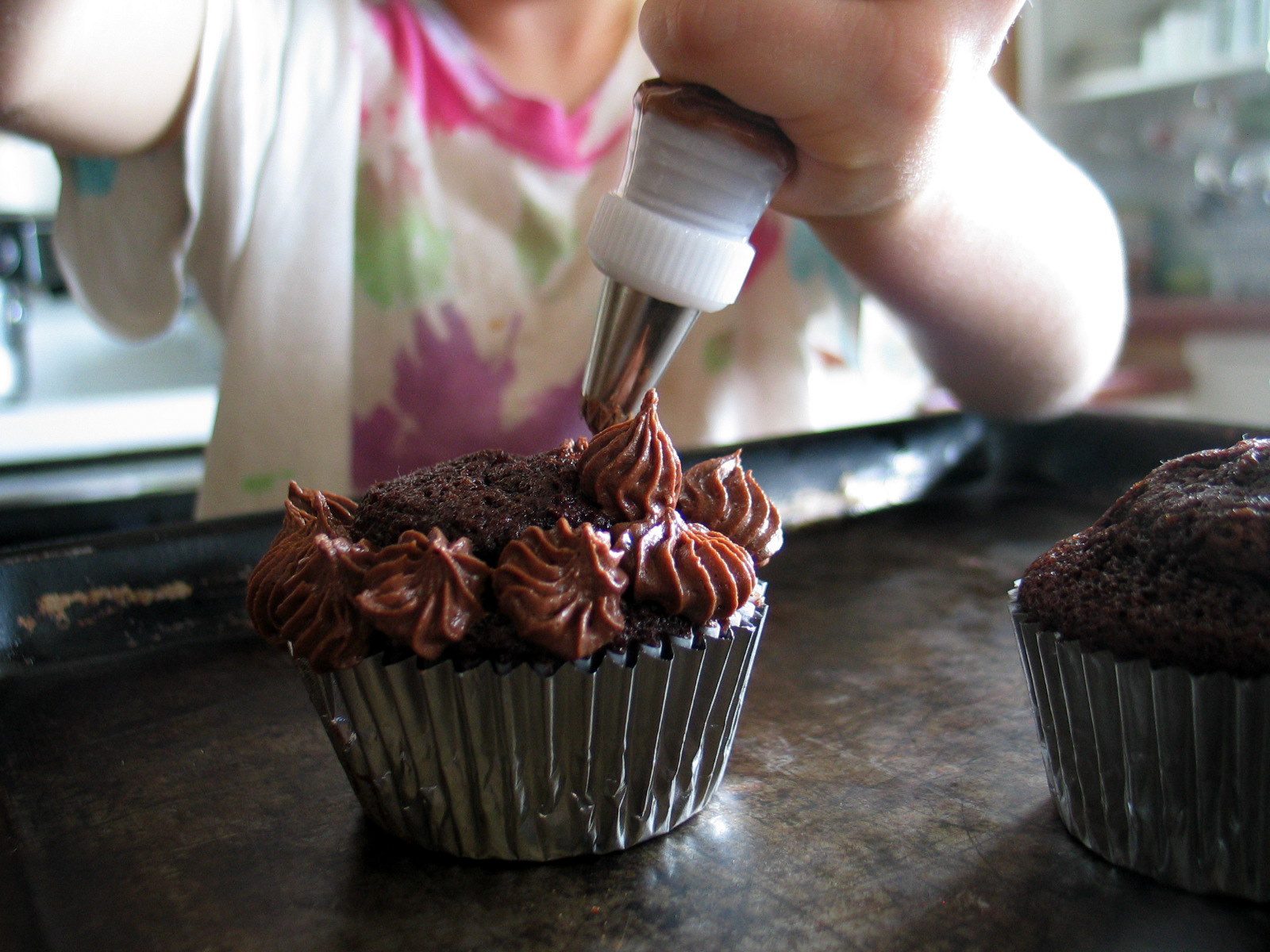 Because I don’t know anything about malted milk, I really have nothing to say about this frosting. Anything I do say will make it sound unappetizing (it’s kind of grainy and tastes a bit like toasted barley) when in reality it is kind of grainy with a hint of toasted barley….and it tastes perfectly wonderful. Let’s just say, if you like malted milk, you’ll love this. 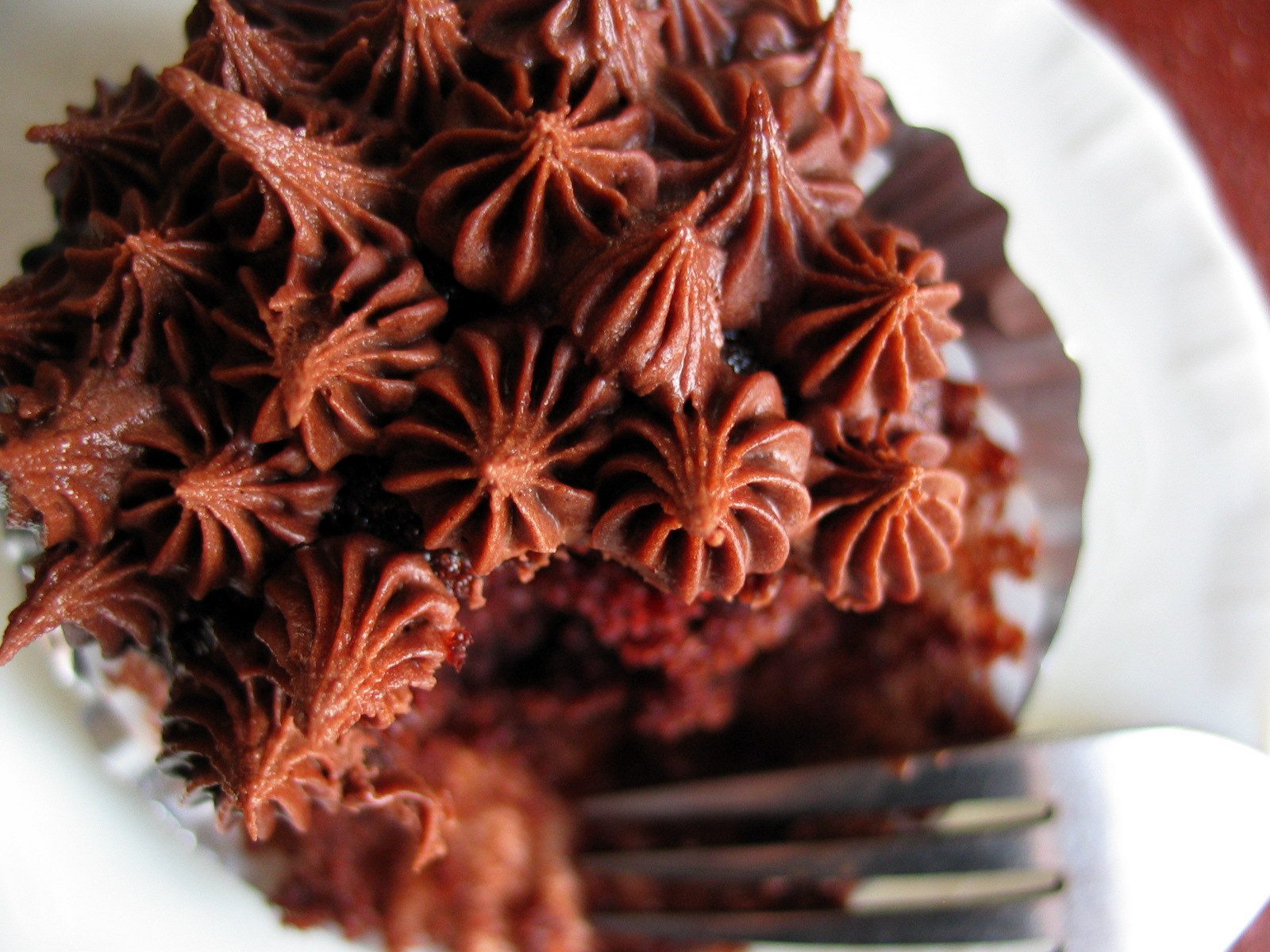 If you are coffee adverse, swap it for milk or cream. If there is no chocolate malted milk on hand, plain malted milk will suffice.

Cream together the butter, salt, and vanilla. Beat in the malt, cocoa, and sugar. Add the coffee and cream and beat till creamy smooth and it reaches a spreadable consistency, adding more cream if needed.