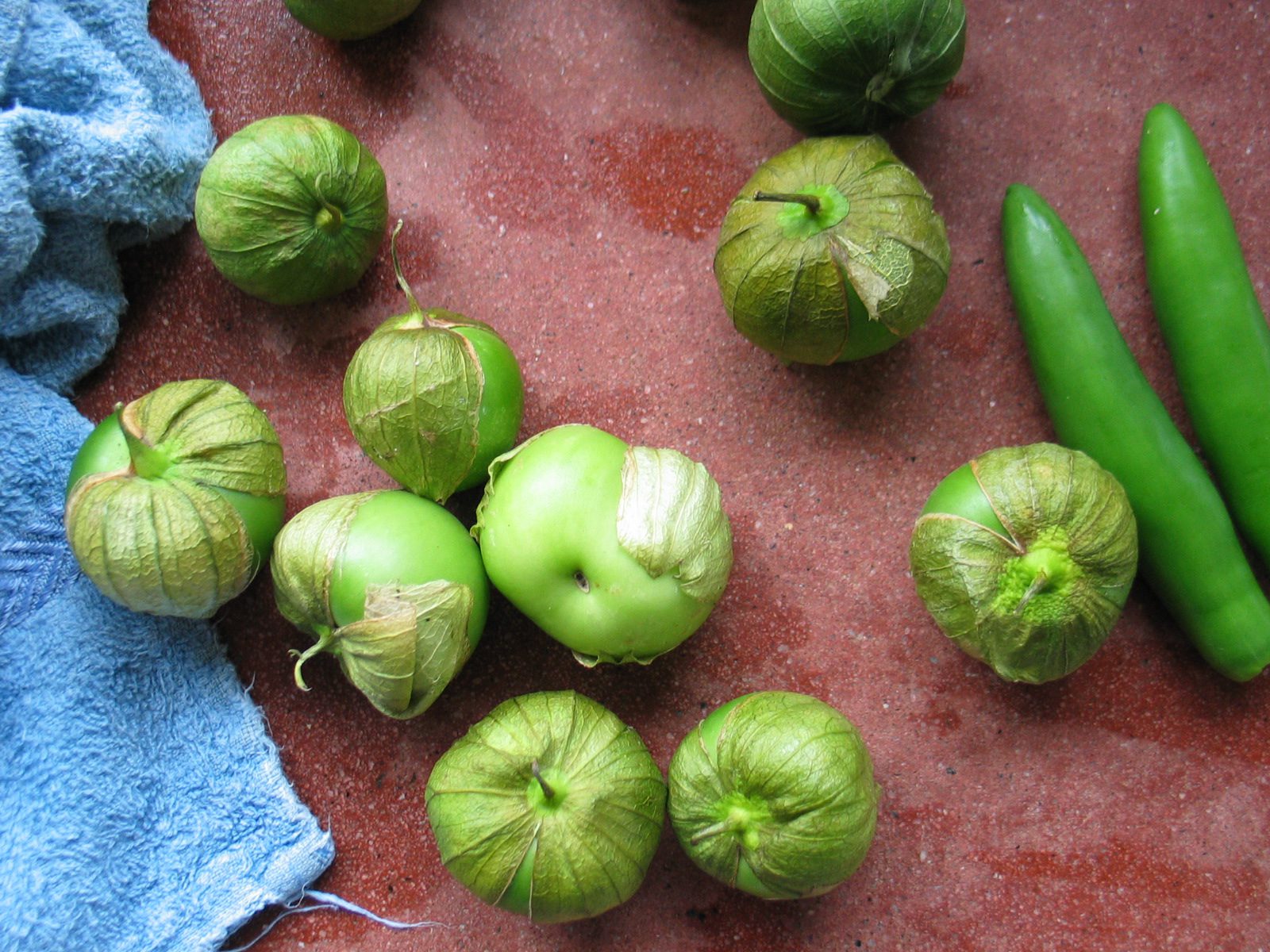 Two Saturdays ago, I went crazy in the kitchen. I had spent the previous night sleeping on Shannon’s sofa (we had thought Wayne was on his way out that night, but he fooled us, hanging on for another five days) and was on edge, uneasy and uptight. (Pretty much how I felt around the very end of each of my pregnancies, but worse.) My parents showed up that morning for our planned work day, but I could focus on nothing beyond food. I bustled from counter to fridge, sink to stove, turning out a ridiculous number of new dishes, including the aforementioned ribs, totally aware that I was “nesting.” (So much of death parallels birth, I’ve discovered.)

For lunch, I made red beans, pico de gallo, guacamole, and salsa verde. It was a cilantro heavy meal, but it wasn’t till we sat down and dug in that I learned that my dad didn’t care all that much for cilantro … and neither did my mother. I’m not sure how I missed knowing that about them, though it could be that I blotted it from my mind, so horrified by their cilantro-freakish behavior that I refused to file it in my noggin.

(I’m still not sure how it’s possible that I, a cilantro lover extraordinaire, came from them, two cilantro haters. [Okay, so that’s a little strong. They both ate the food, and Mom even said that she actually enjoyed it, so they probably don’t really hate cilantro, they just don’t prefer it. But in my book, it’s pretty much the same thing. Cilantro is to be loved; any other opinions are an aberration.])

Despite my hostessing faux pas, I fully enjoyed my meal. The best part, I thought, was the salsa verde, a bright green salsa consisting of tomatillos, lime, garlic, serrano peppers, and, of course, lots of cilantro. It tickled me down to my cilantro-adoring toes. 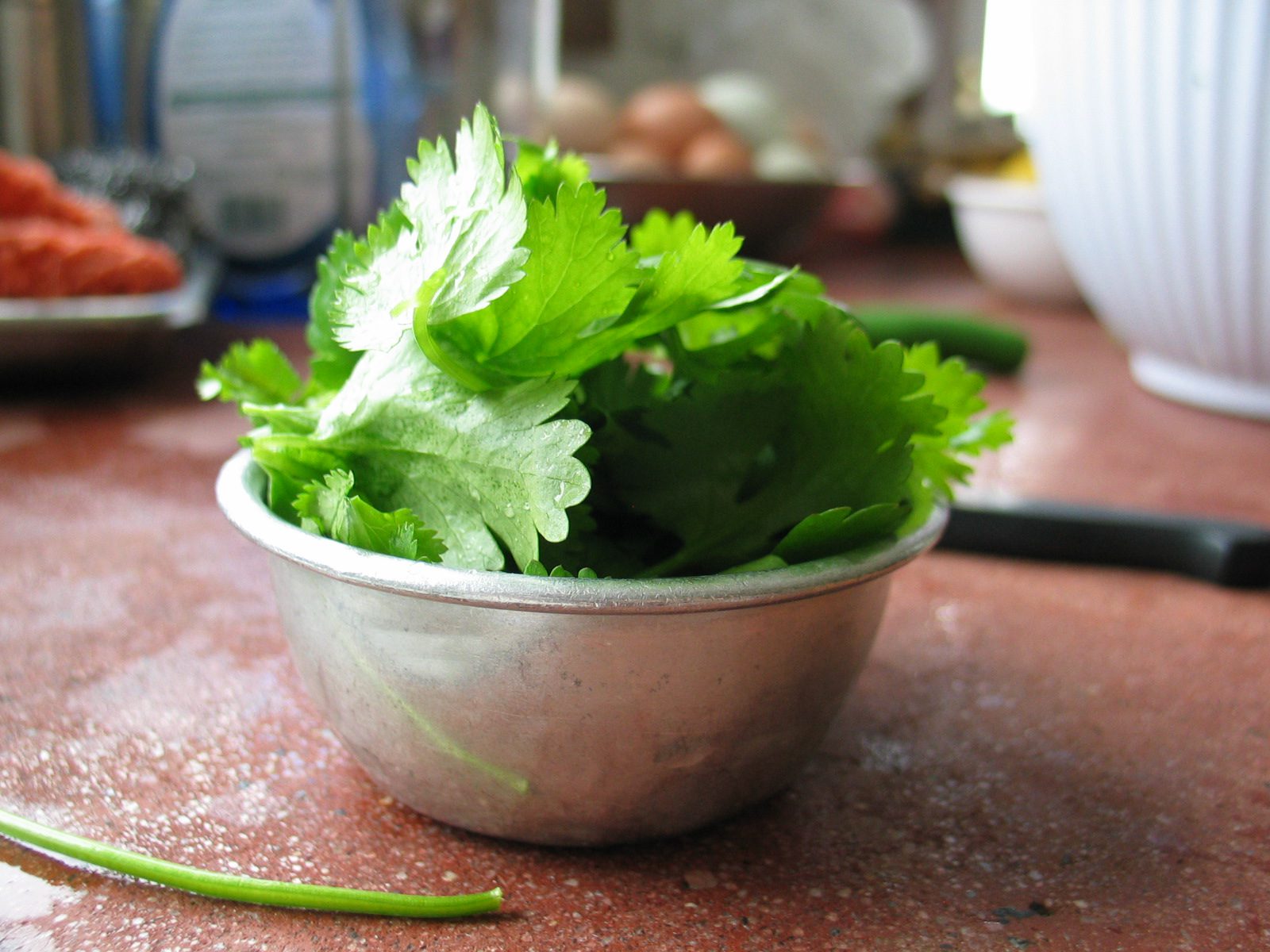 It was my first time working with tomatillos. They had always intimidated me, what with their green hardness and mysterious papery husks. 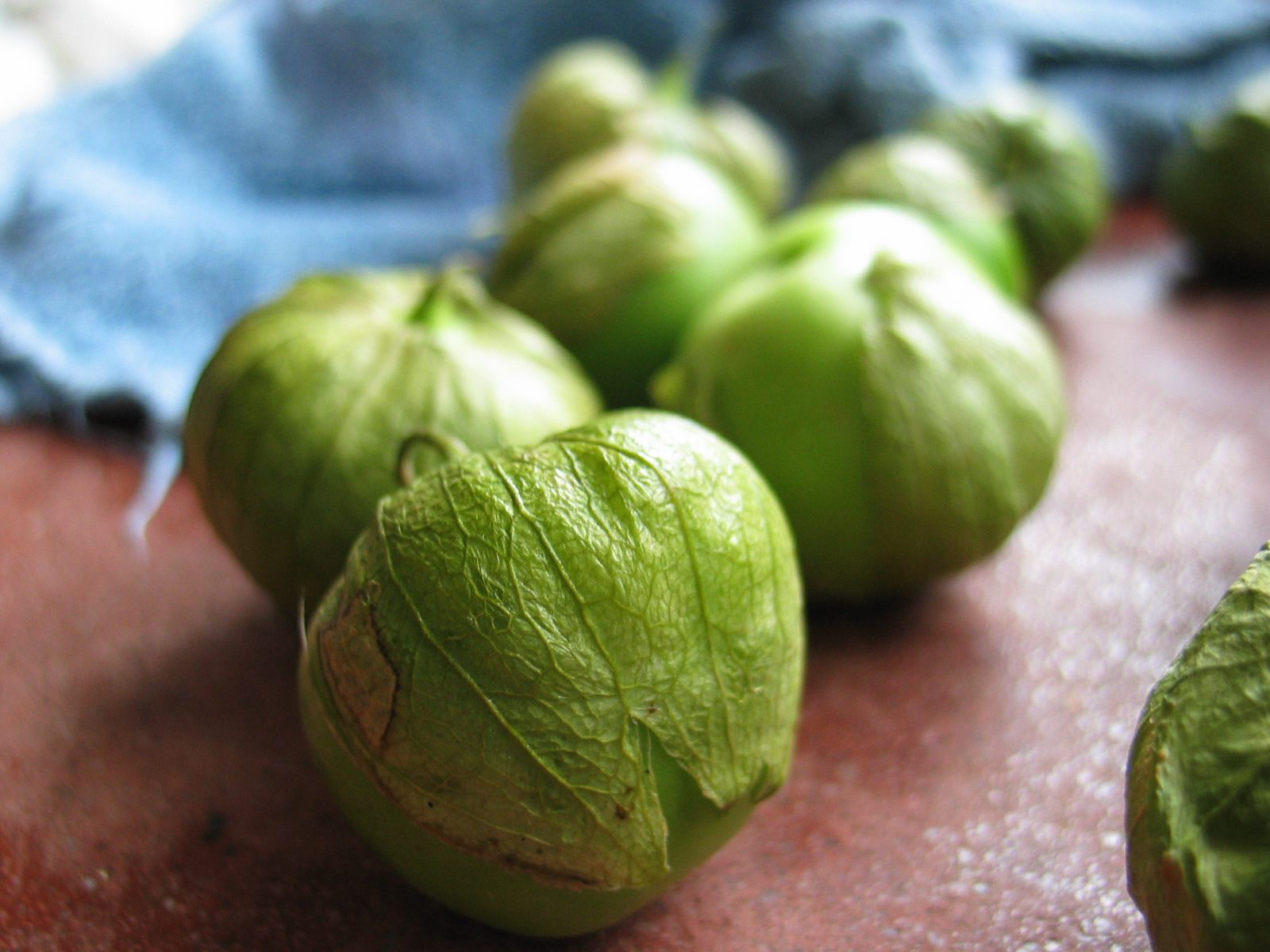 But then I discovered Nicole’s recipe and decided it was time to grapple with my fears. So when I stopped by T and E Meats to pick up the rack of ribs, I ducked into the little Mexican market that squats in one corner of the parking lot. Clueless tomatillo shopper that I was, I snagged another customer, a Spanish speaking woman, and grilled her on the art of selecting the proper tomatillo. (They need to be firm, she said, not soft or squishy.) 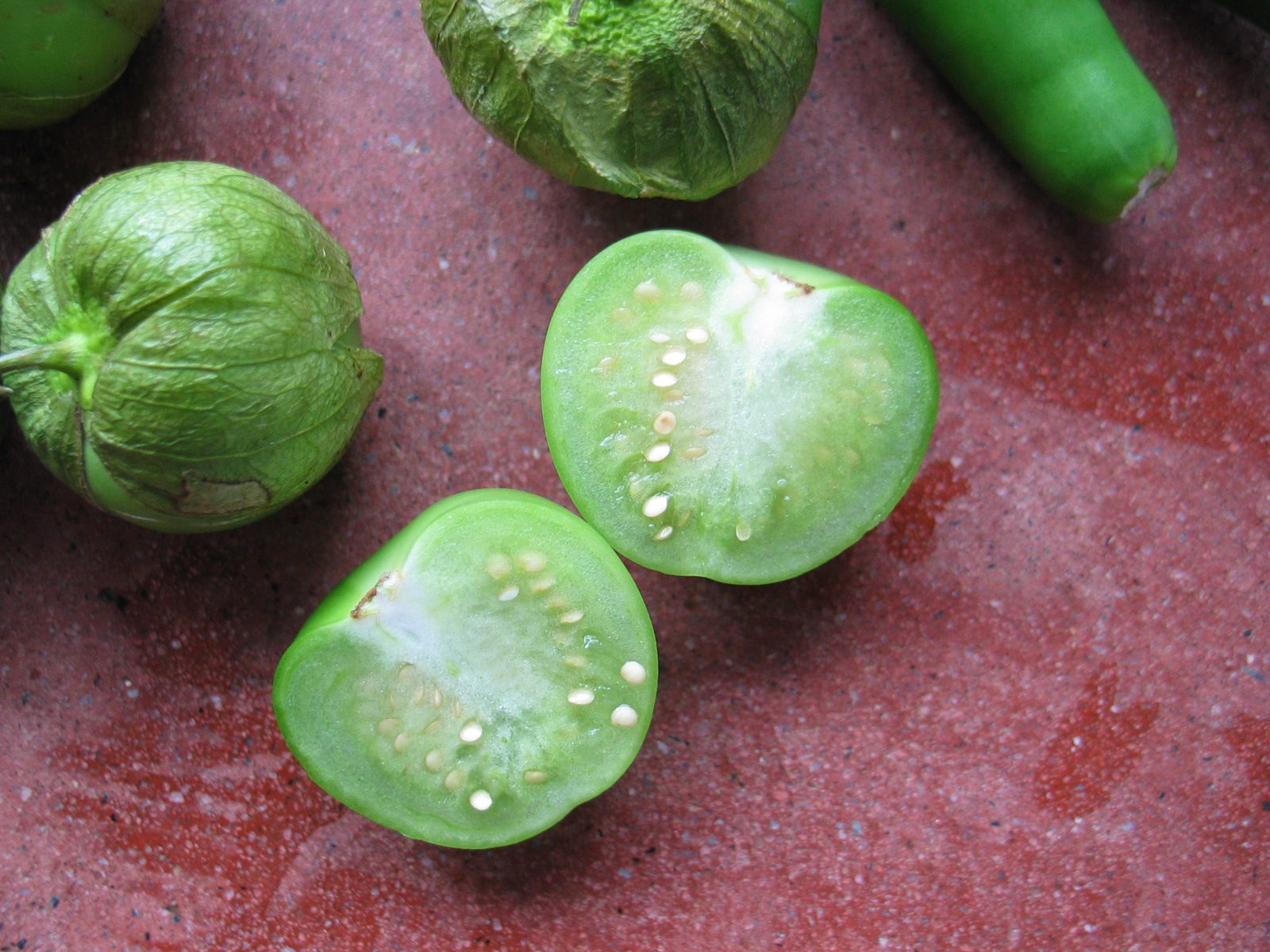 The tomatillos turned out to be delightfully easy to work with. I simply pulled off the husk, rinsed the jolly green balls, and quartered them. 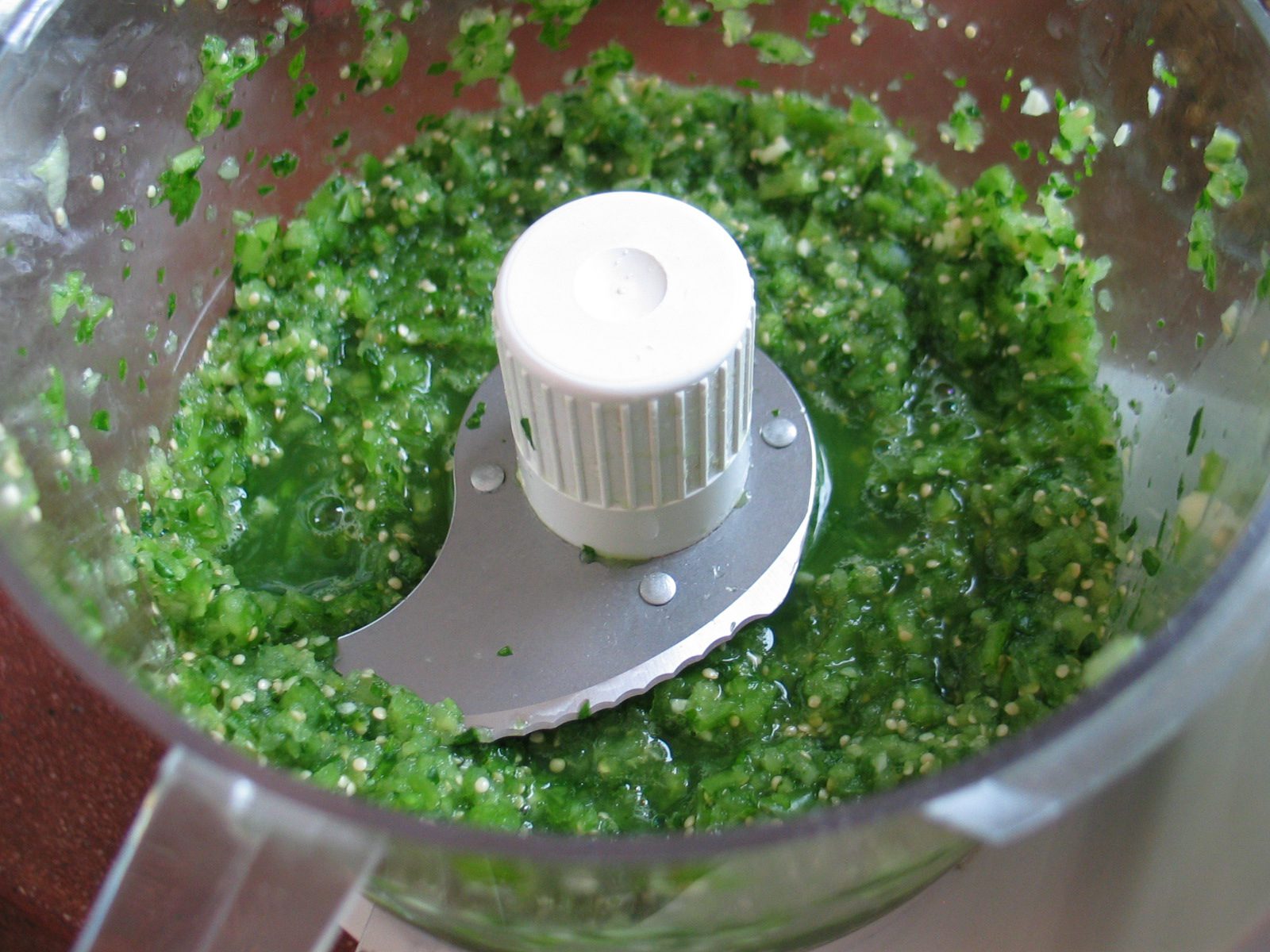 I tossed all the ingredients in the food processor, gave them a whirl, and, never minding that I hadn’t eaten breakfast yet, I popped open a bag of tortilla chips and dug in. 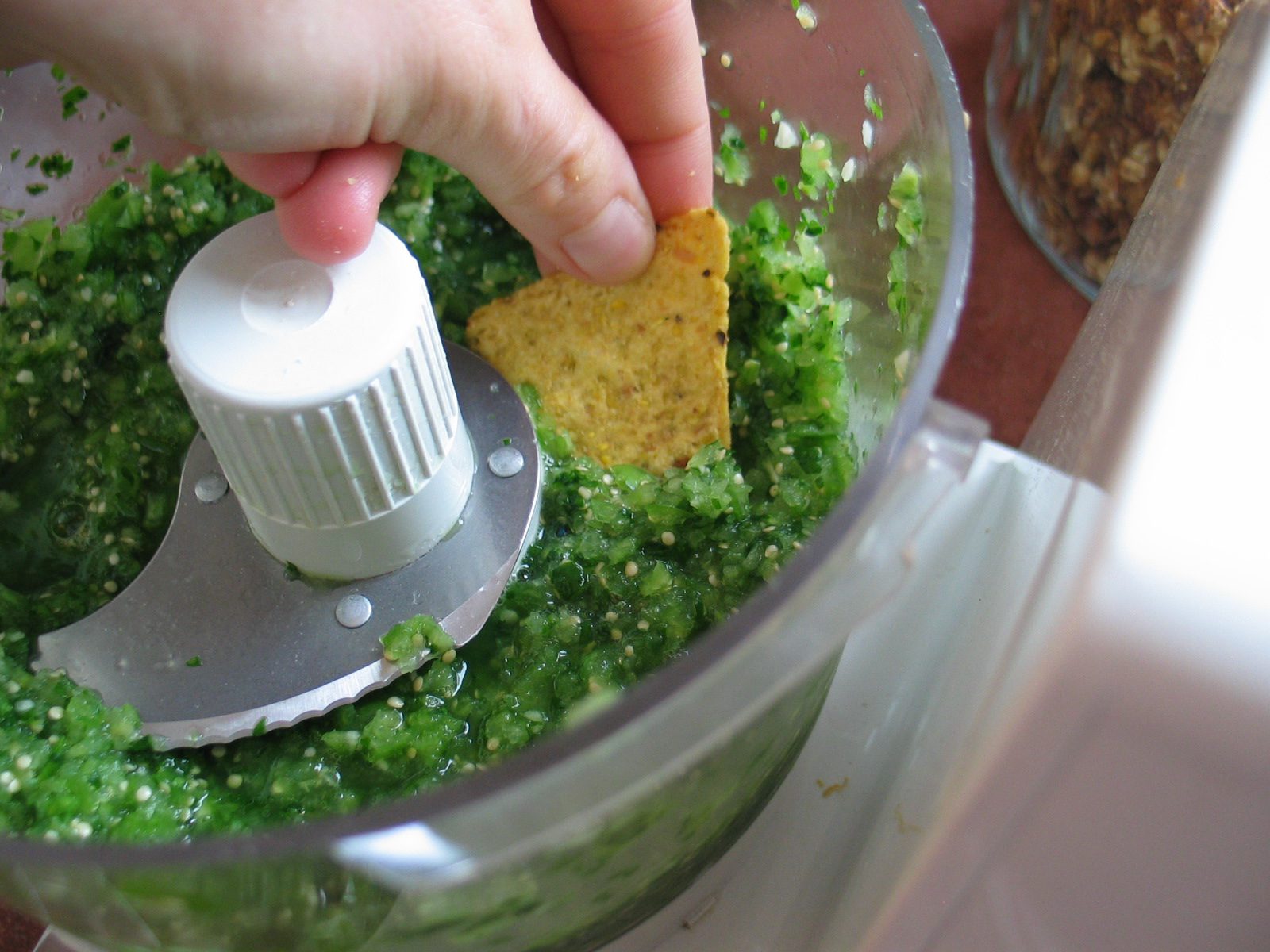 I promptly commenced to moaning and sighing (much to Miss Beccaboo’s bemusement), reveling in the sharp, tangy flavors, the juice running off my fingers and dripping all over the counter. 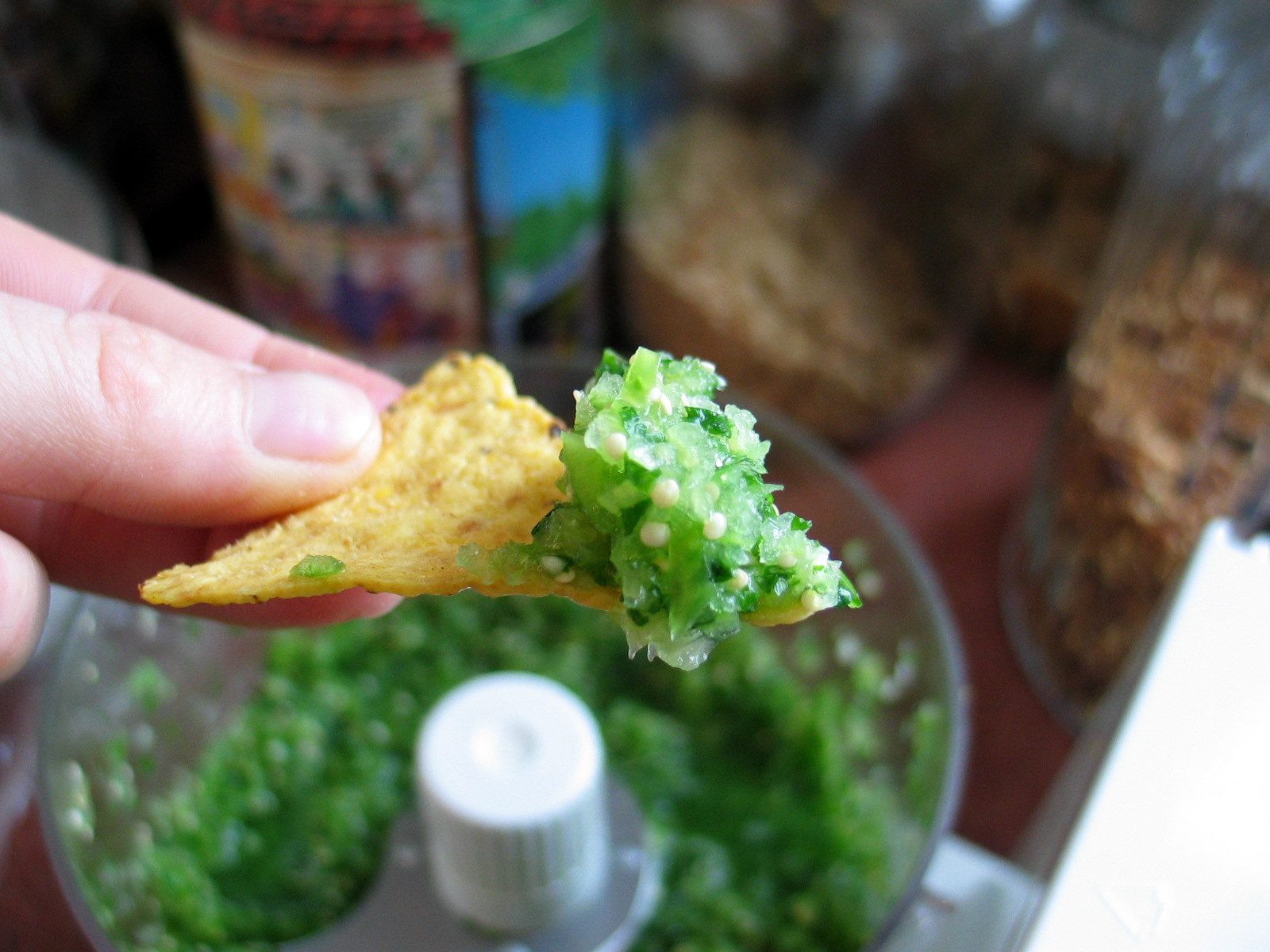 I used one serrano pepper and the salsa was only mildly hot; two would have been too much for the kids, but I would’ve still enjoyed it. You can, if you wish, replace the serranos with part of a jalapeño.

Combine all the ingredients in the canister of a food processor and pulse until finely chopped and saucy. Serve with tortilla chips.

To store, put the salsa in a tightly lidded container and keep it in the refrigerator. It will keep for at least a day, maybe longer (it didn’t hang around long enough for me to find out).

About one year ago: White Chocolate and Dried Cherry Scones.