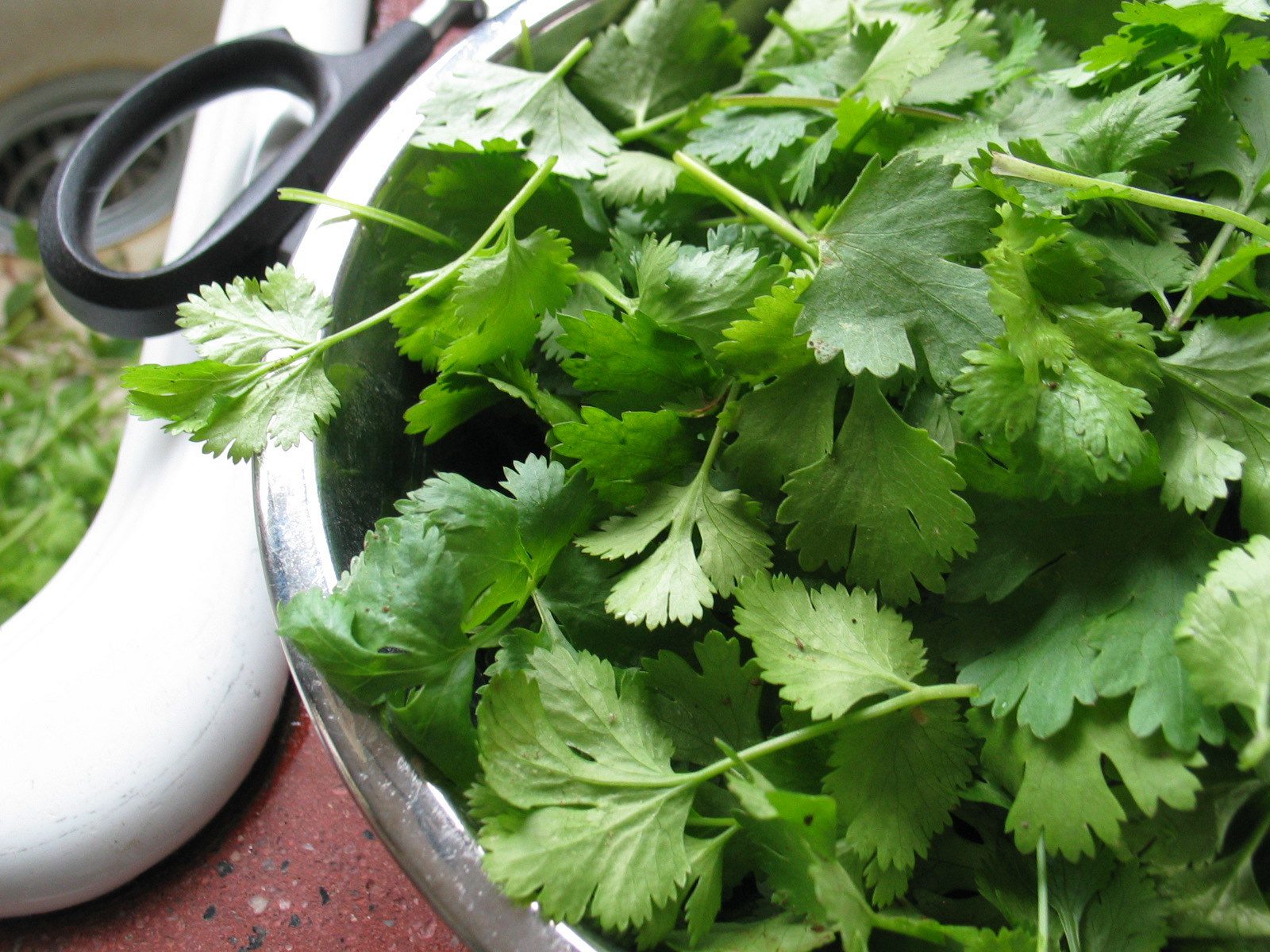 I have a very large crop of cilantro this year and am trying to figure out the best way to preserve it. Will you help me, please?

I’ve already tried one method: blending the cilantro with olive oil and freezing it in ice cube trays, like this:

1. Remove the tough stems and rinse the leaves.

2. Stuff the cilantro in the blender. 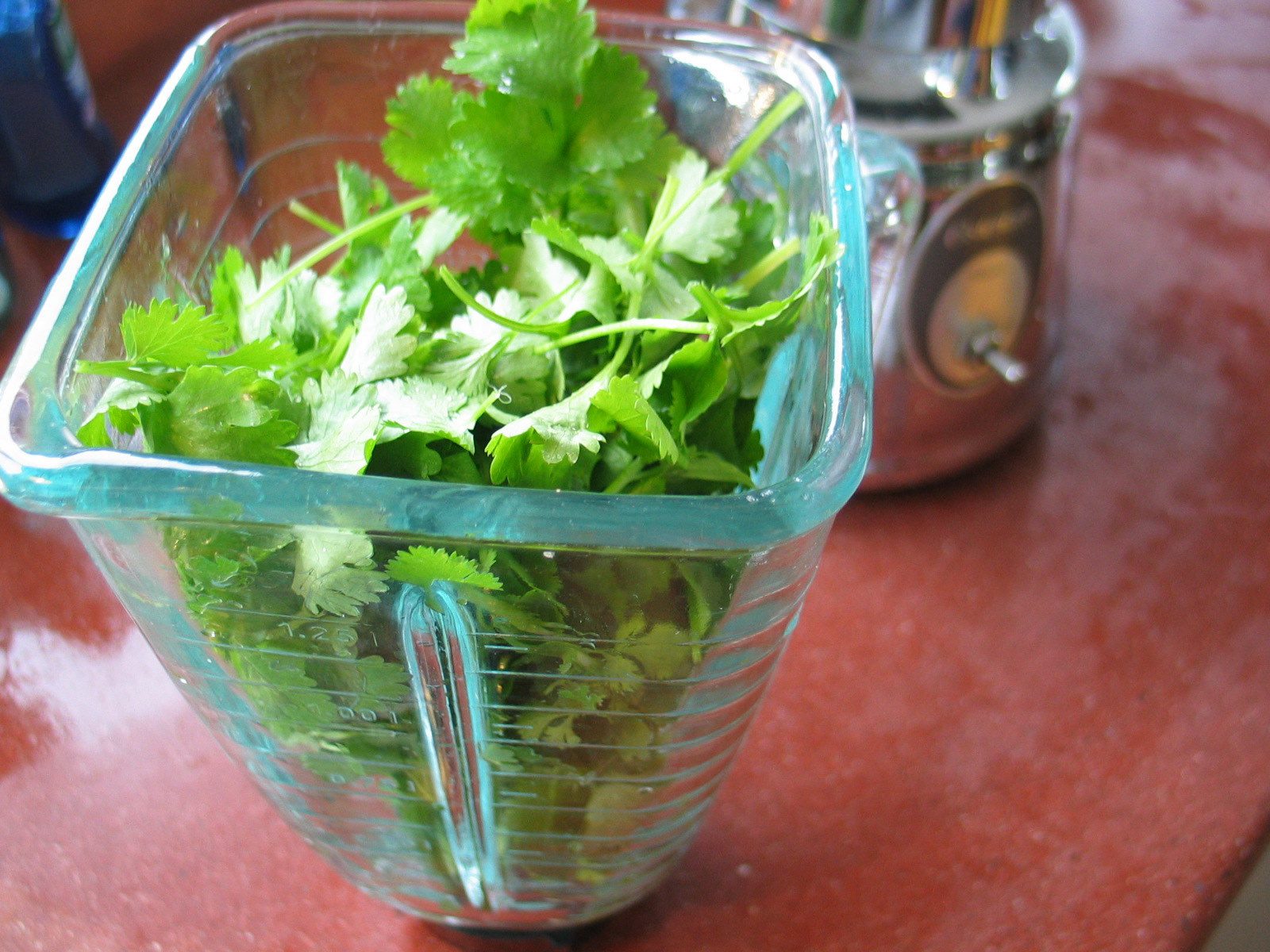 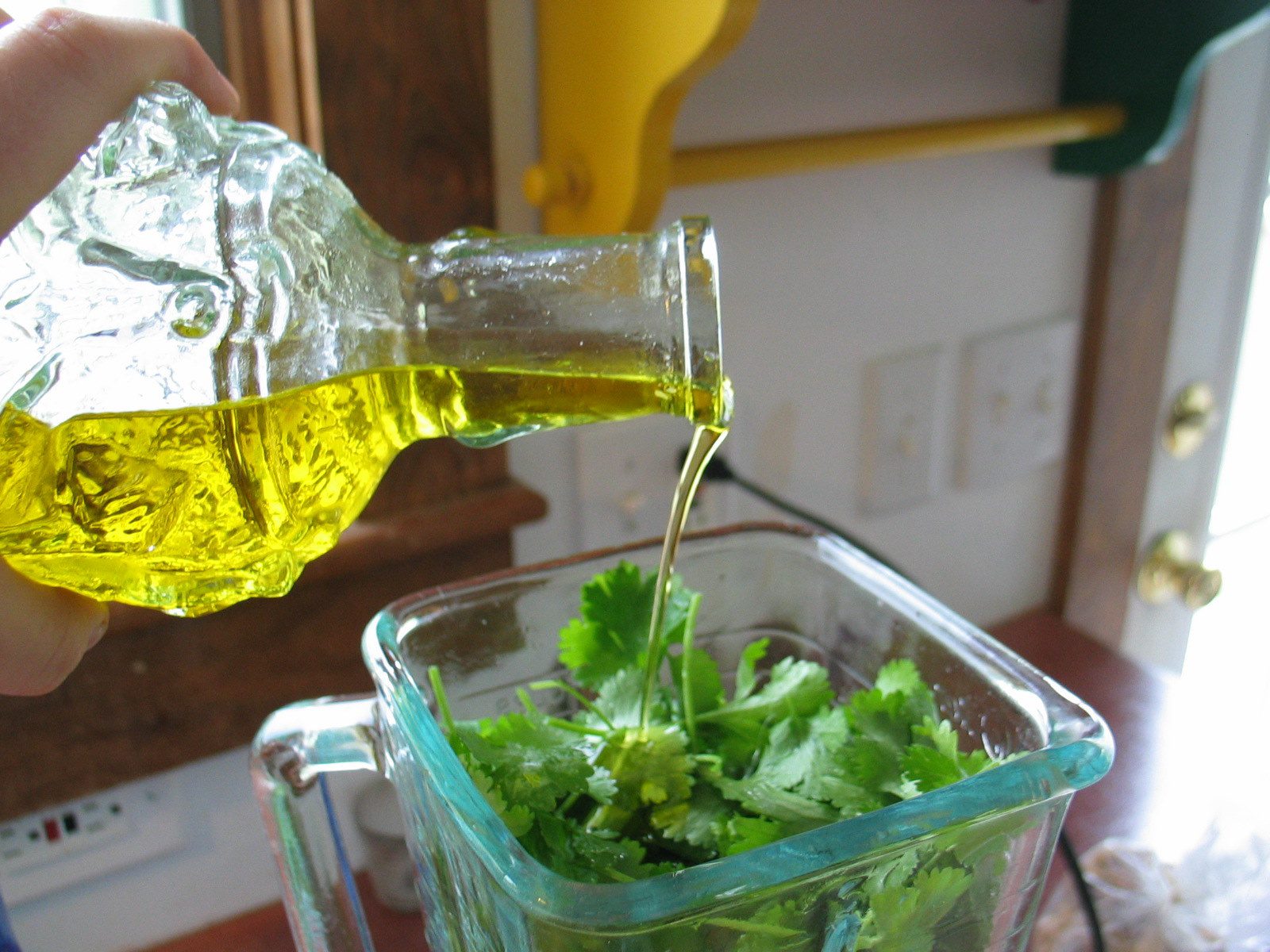 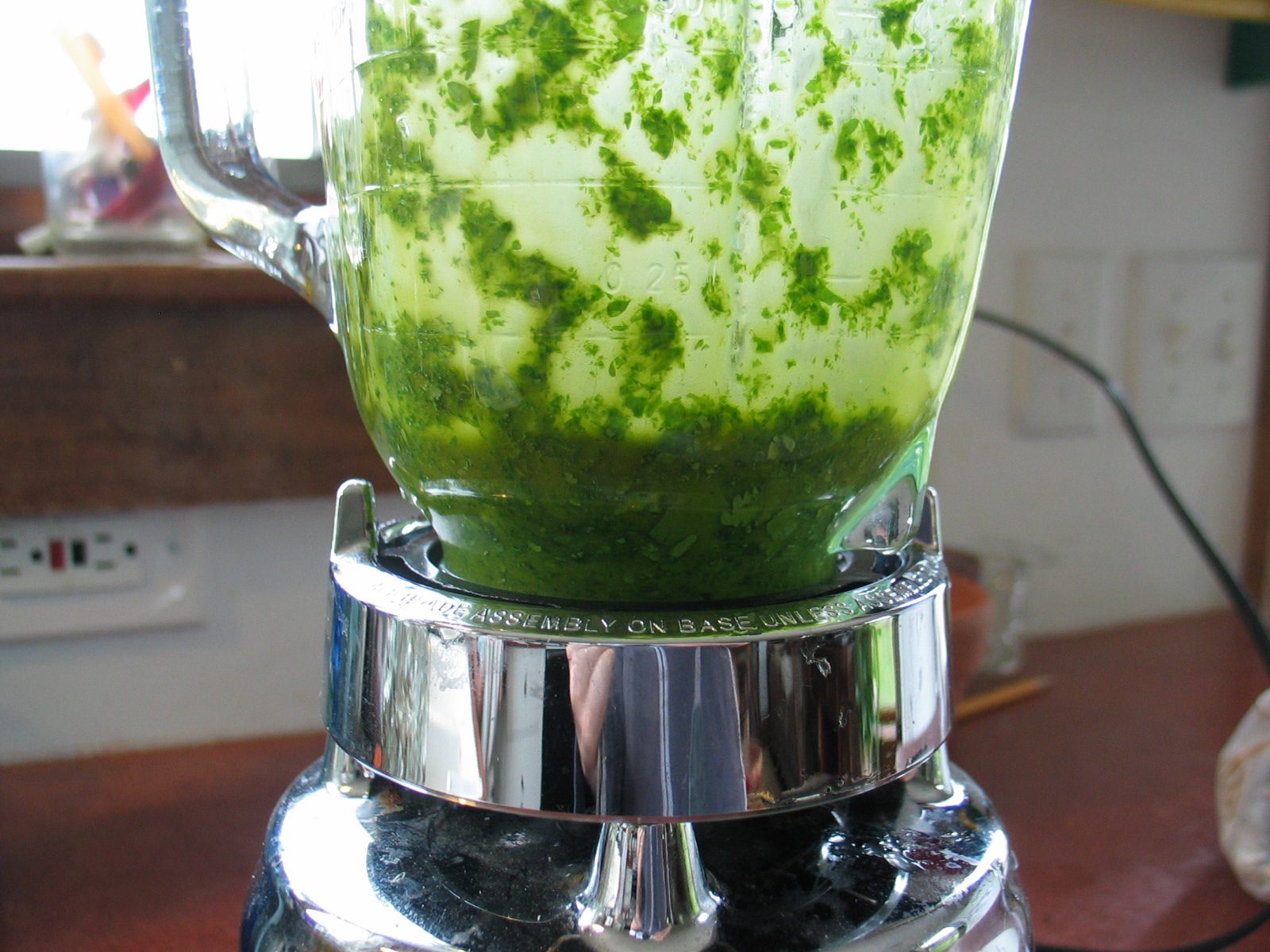 5. Divide the cilantro pulp in an ice cube tray. 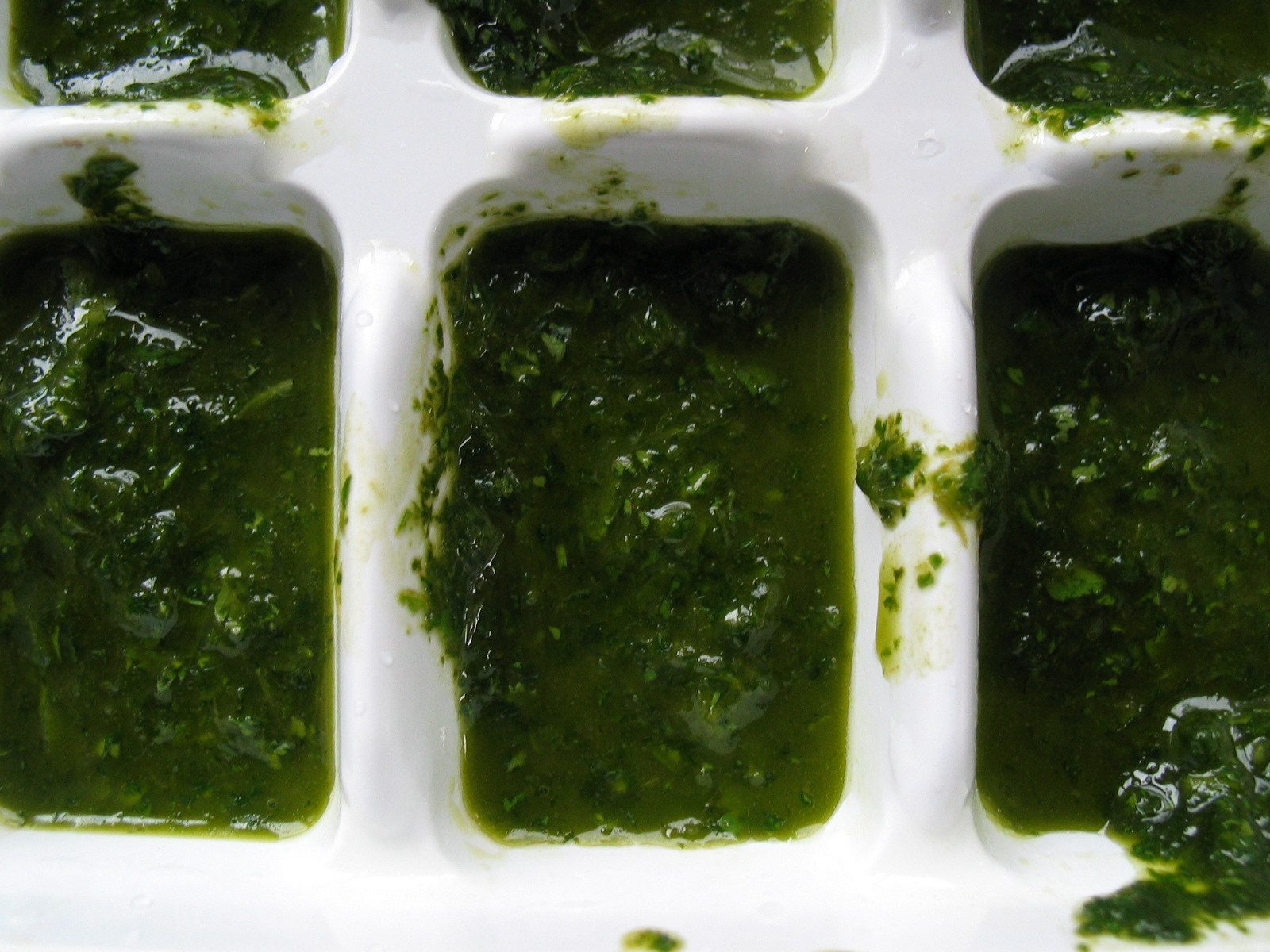 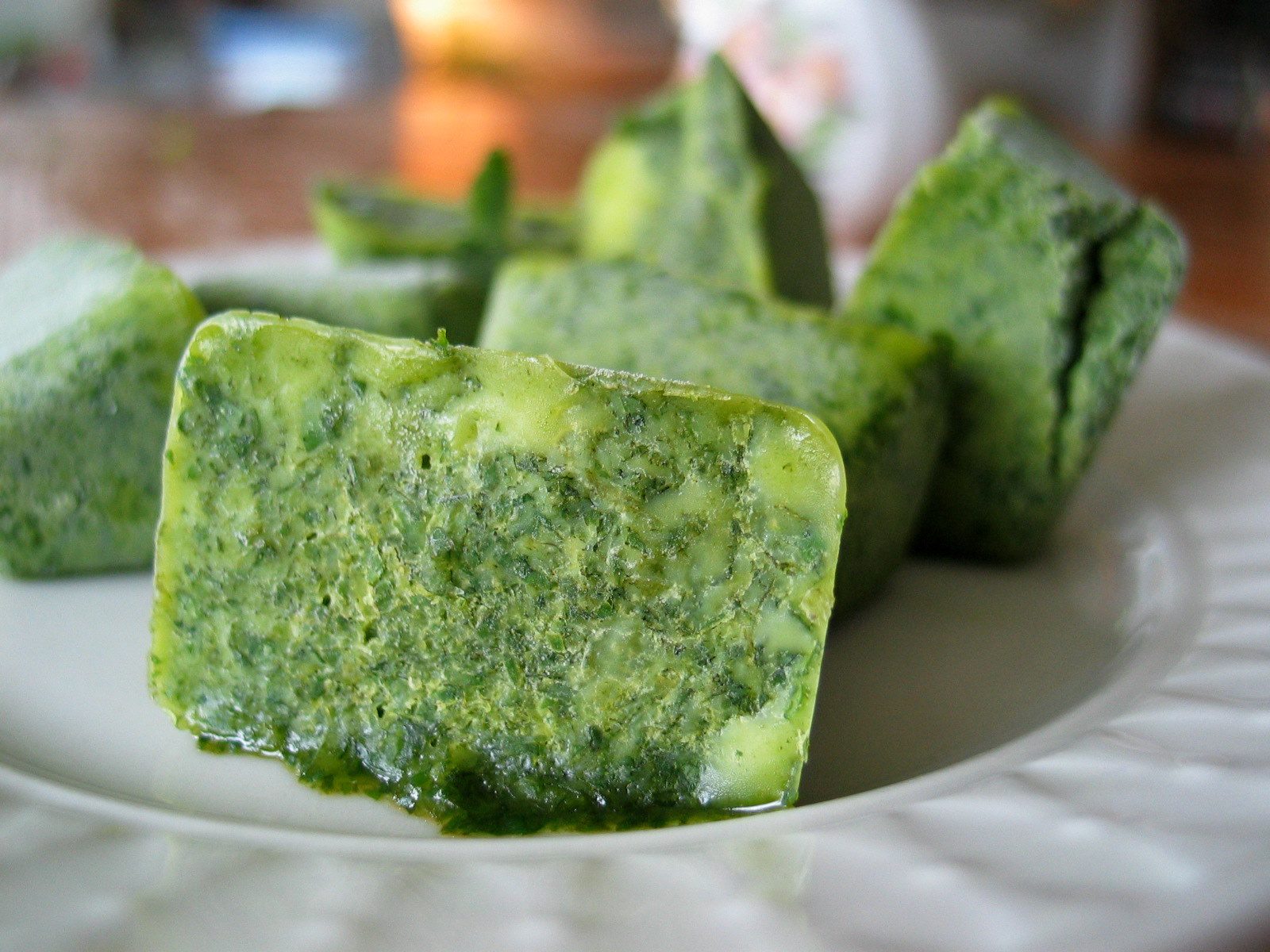 7. Dump out the cubes, pack them into a glass jar, and store them in the freezer. 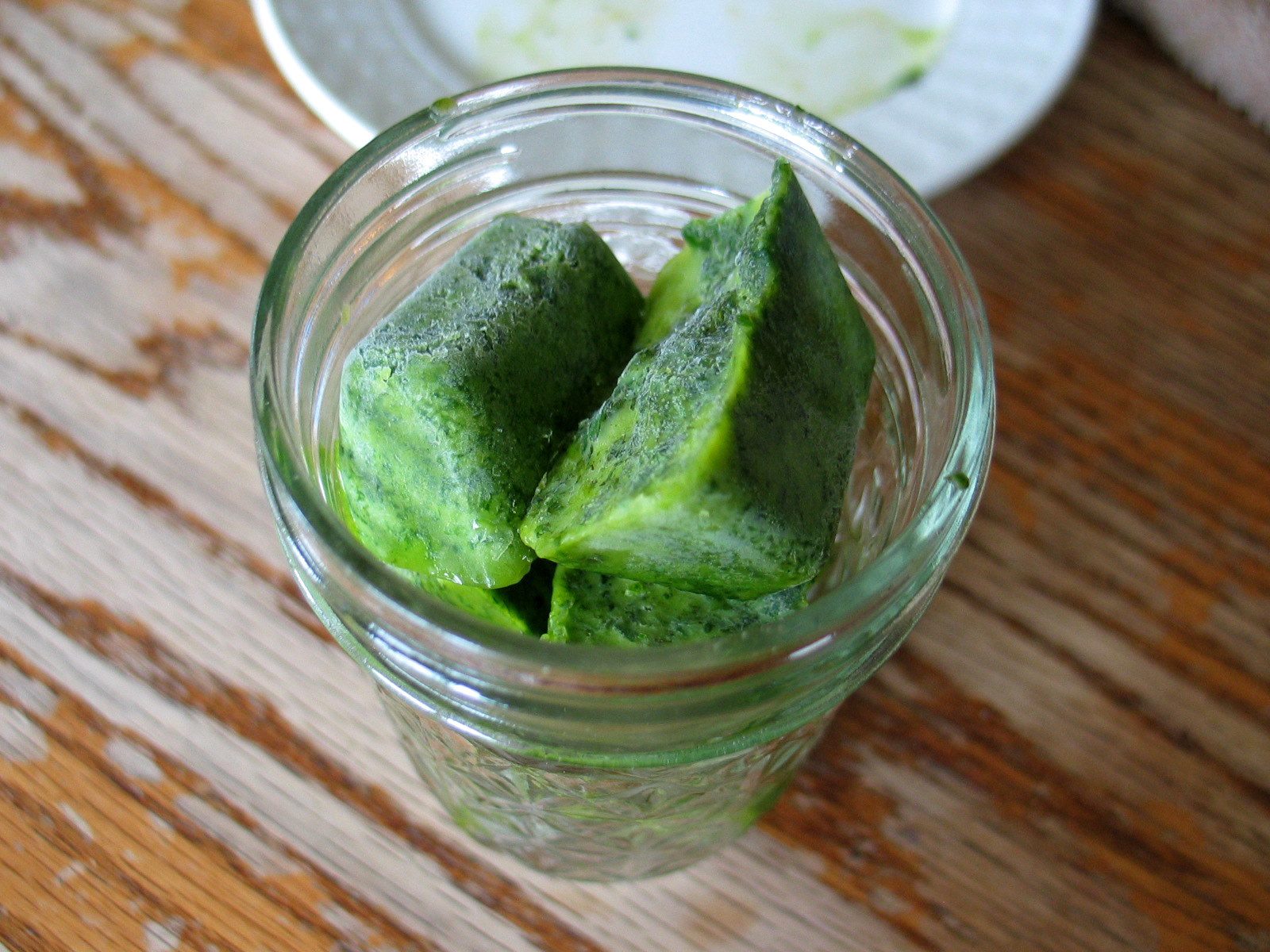 The only problem with this method is that the resulting cilantro tastes so mild. I added one cube to a small pot of black beans for supper last night (and who showed up at my door but my parents—oh, the irony!) but the taste was so inconsequential that I (or my parents) hardly even knew it was in there.

My sister-in-law says she just freezes the uncooked cilantro on a tray and then transfers it to a jar, pulling out a few sprigs when she needs a little, but she said that while it preserves nicely, it looses a lot of its potency.

So, do any of you have any cilantro preserving tricks? Is there a way to keep cilantro and its flavor?

In the meantime, I’m searching for more cilantro-heavy recipes. In my repertoire so far:

About one year ago: Stirring the pot, a homeschooling mother’s (that would be me!) tirade.