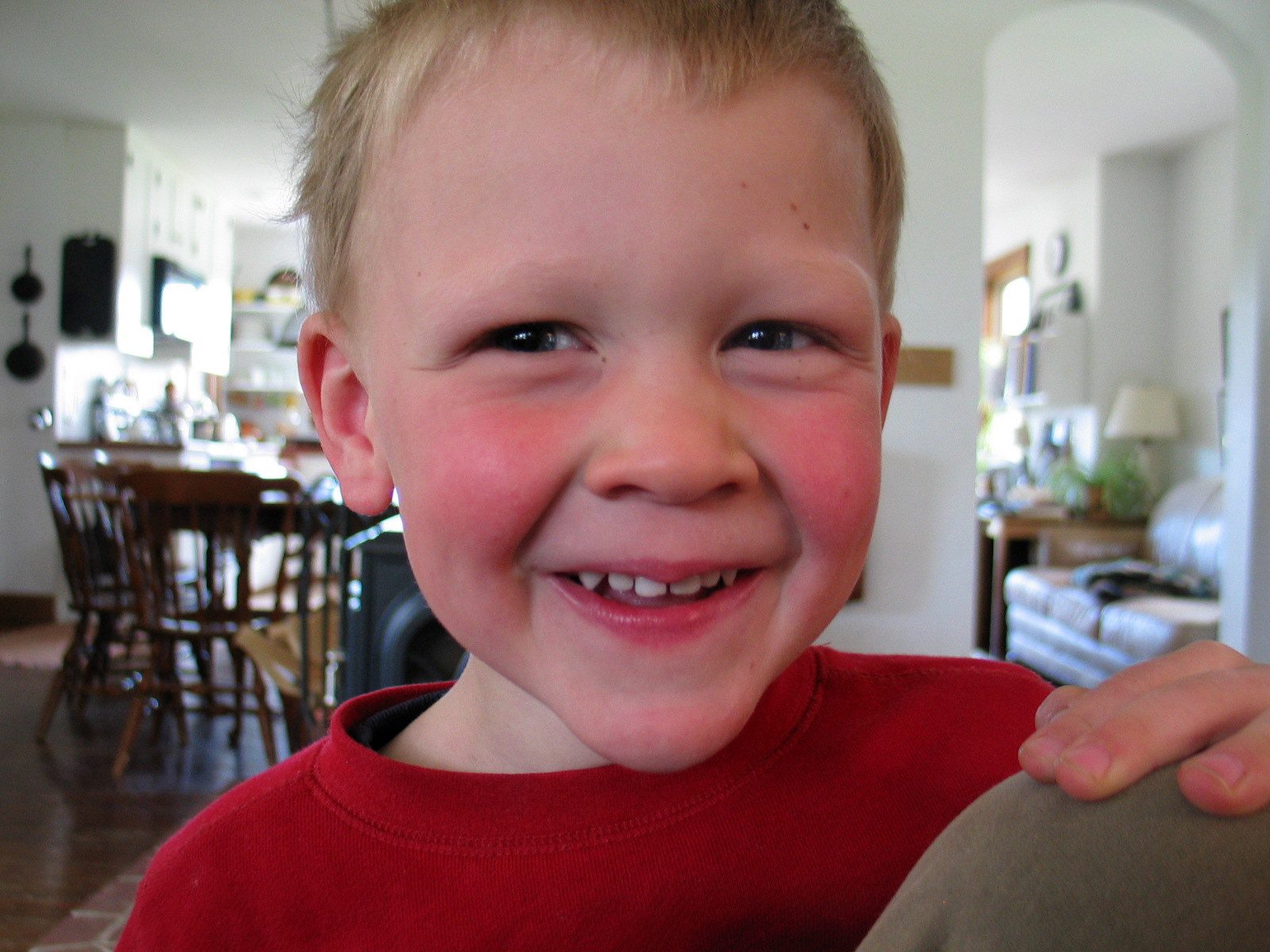 My children have very expressive faces, or so I’m told. The boys especially, I think. When they’re smiling, they light up the room (like their papa), and when they’re angry, it’s plain as day—and you better watch out.

The other day The Baby Nickel came up to me while I was sitting on the sofa. In the handful of seconds it took me to snap these photos, he covered the following expressions. 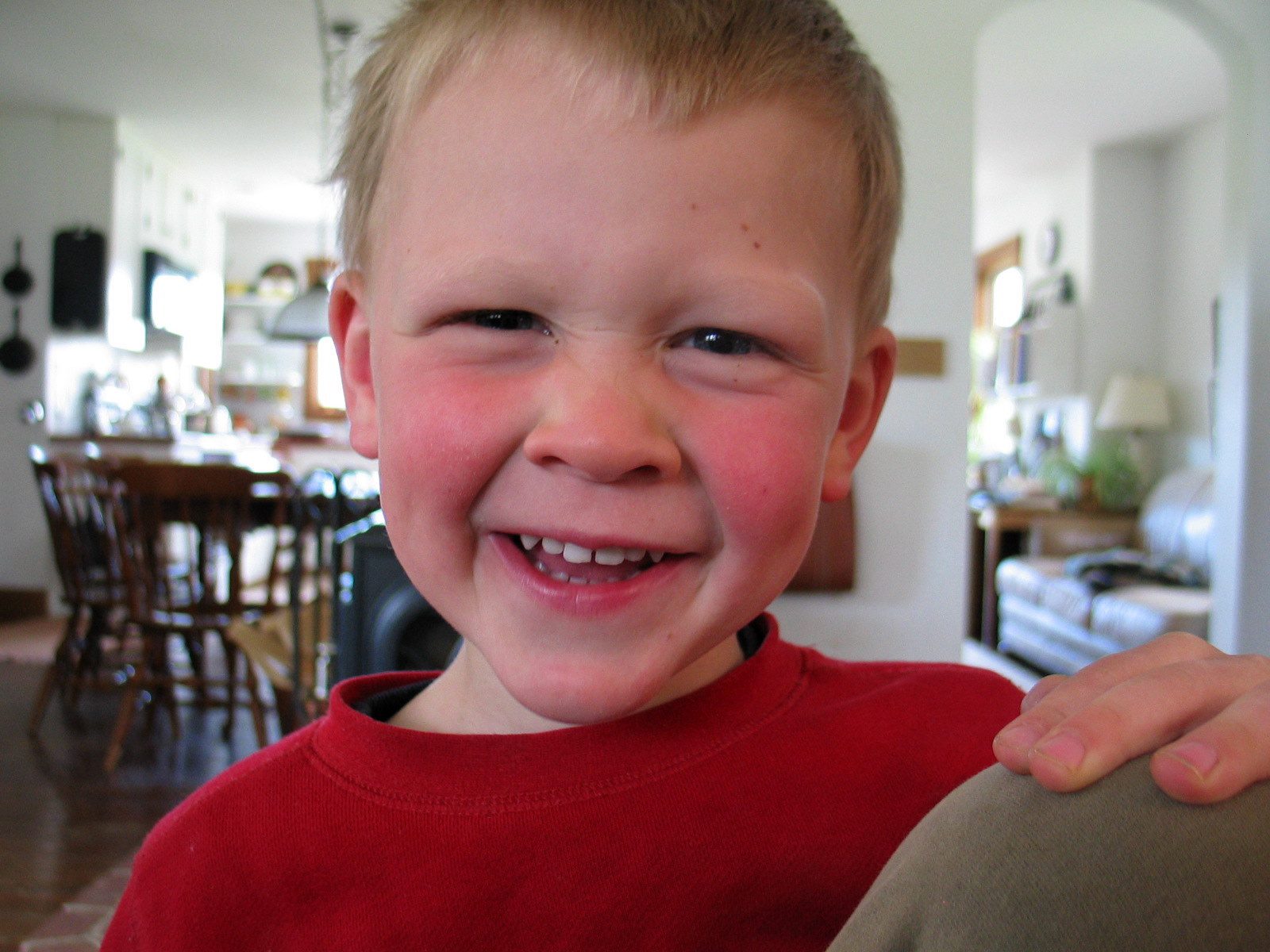 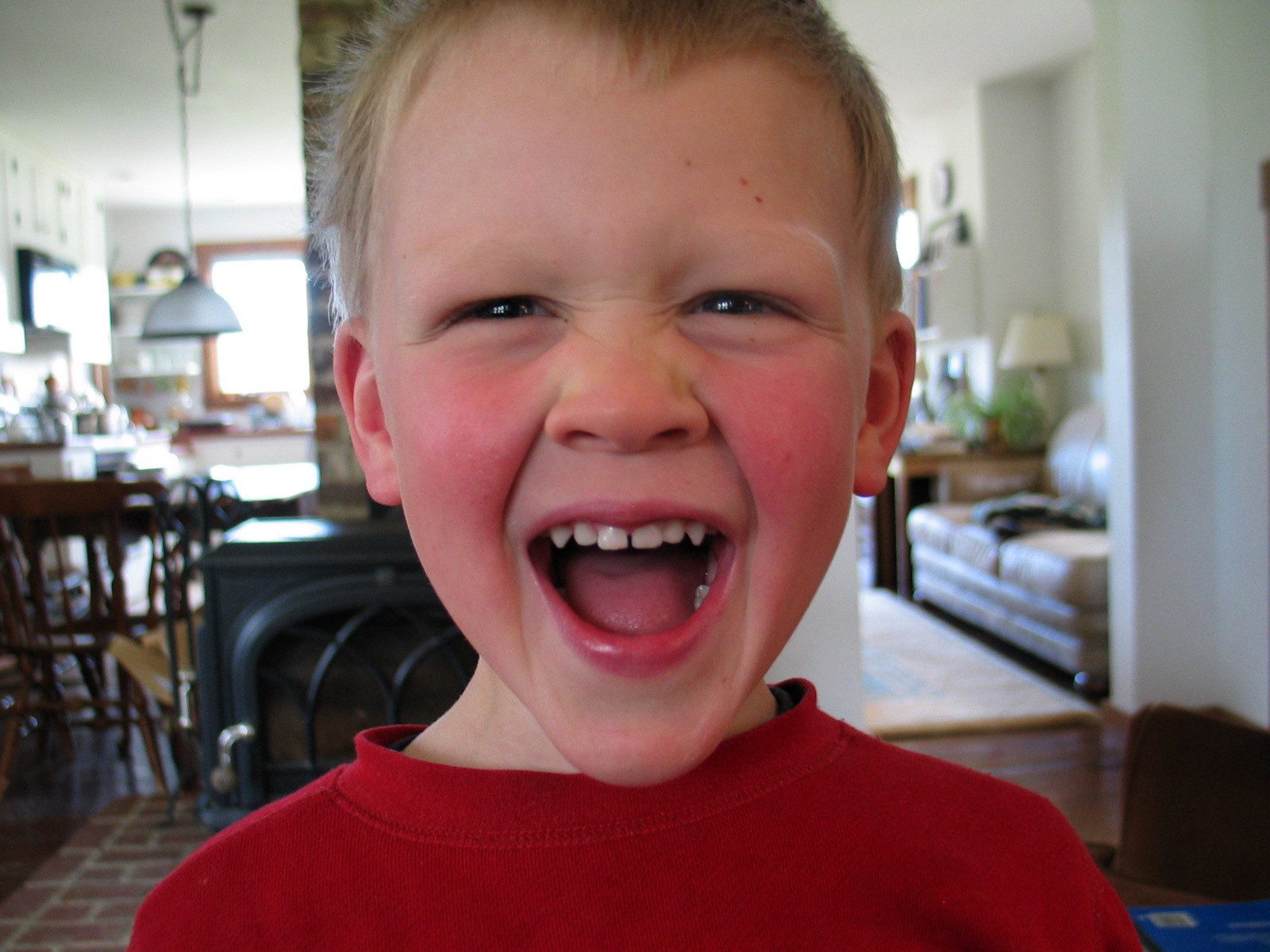 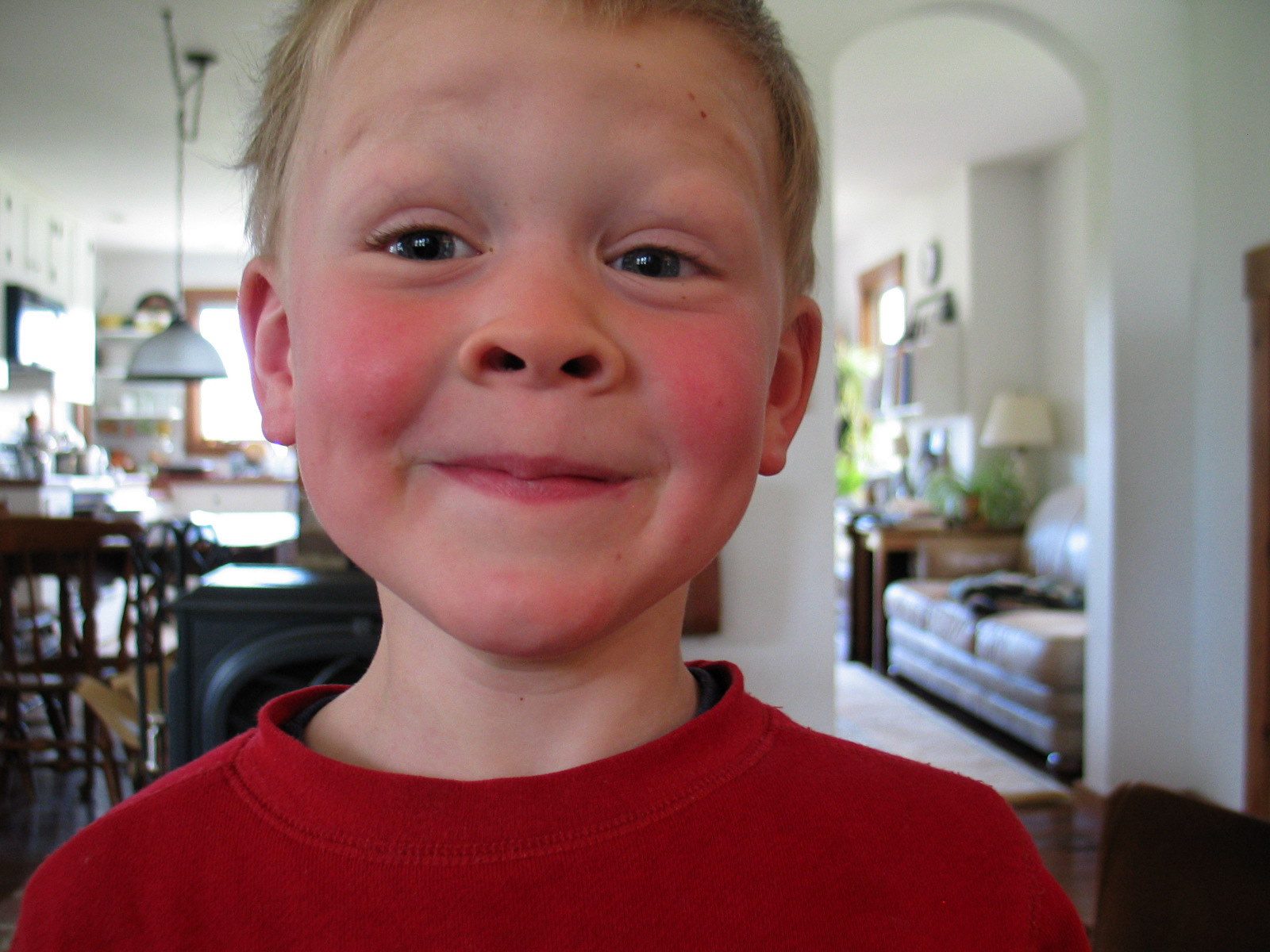 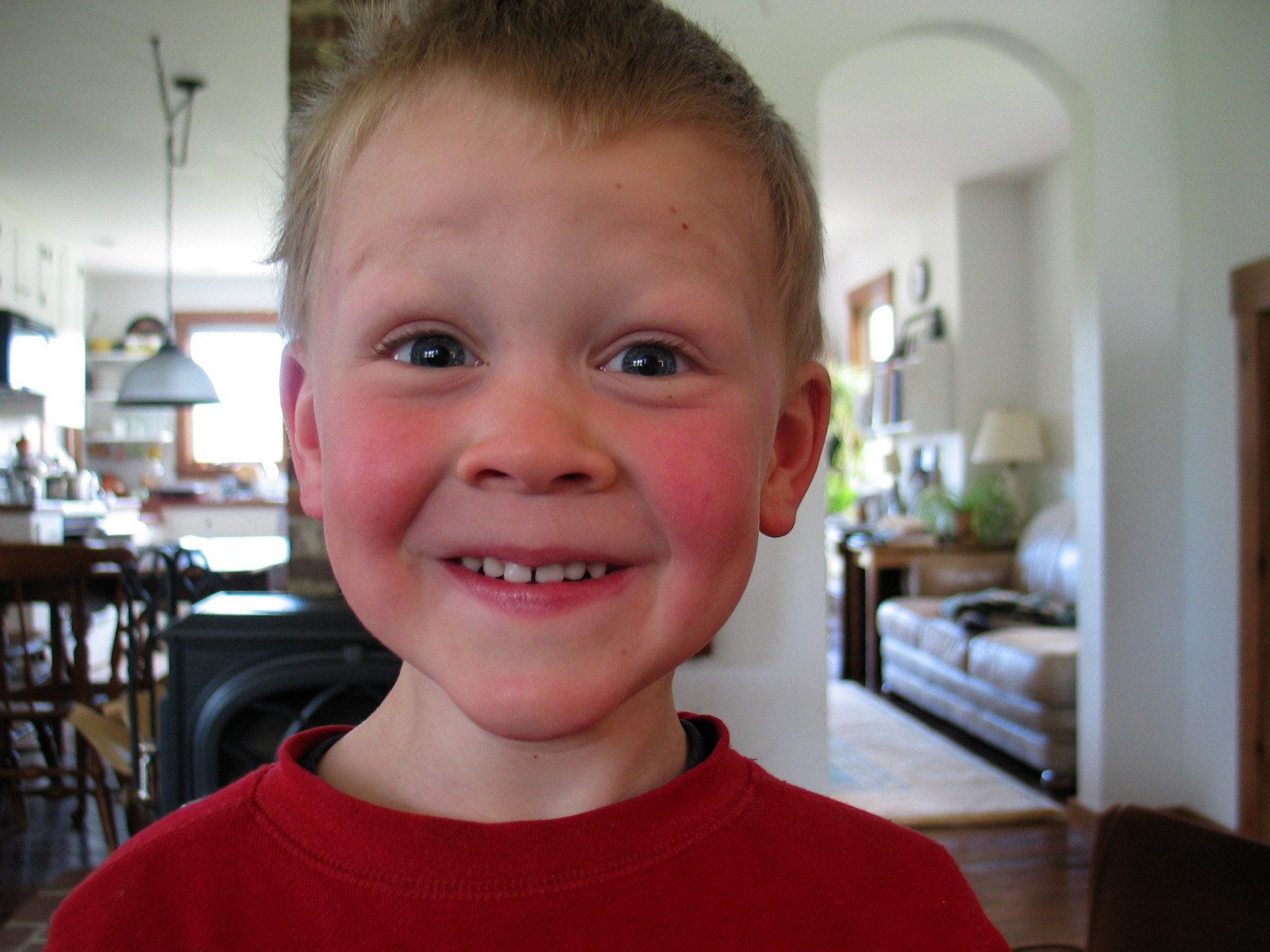 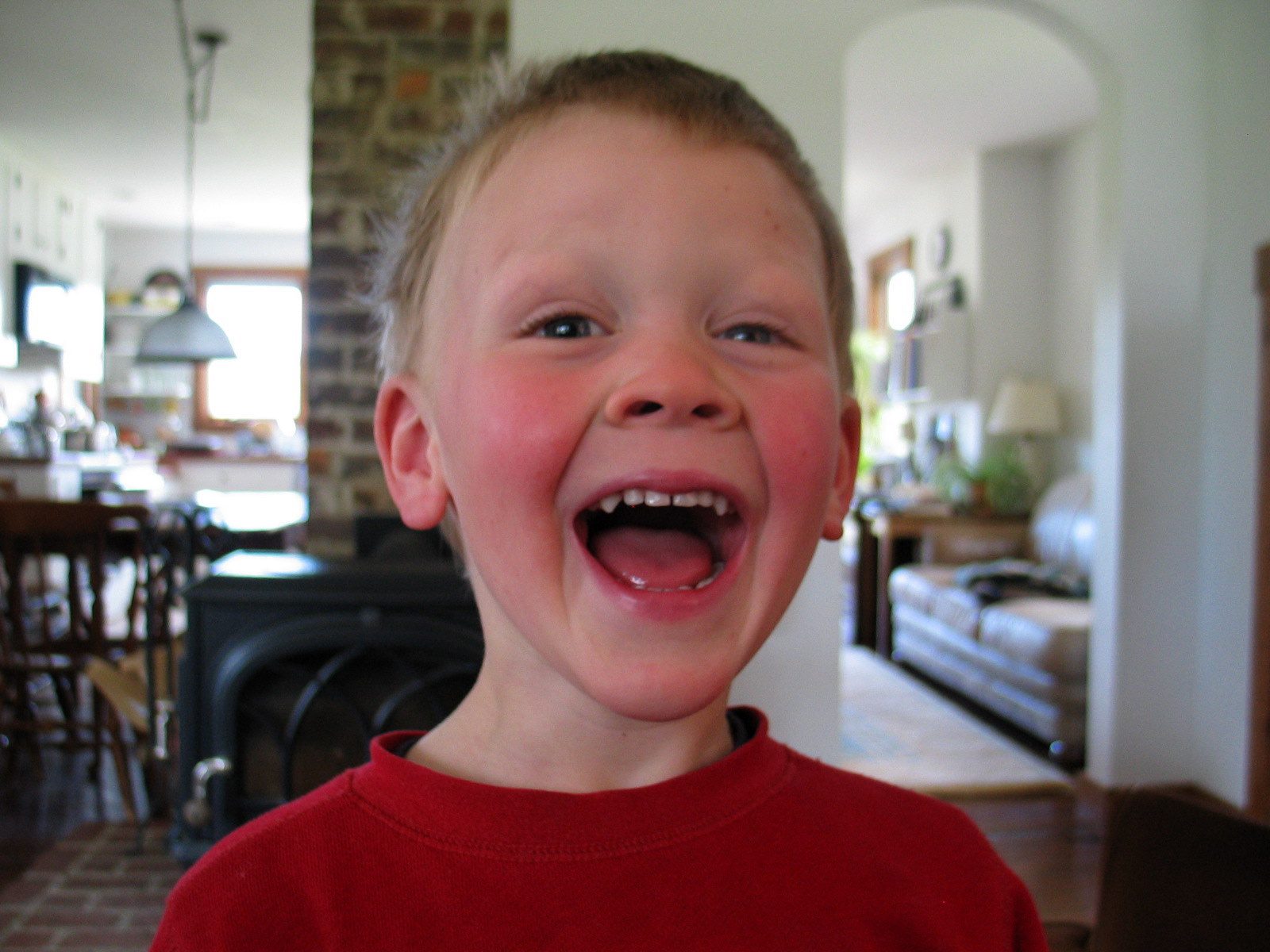 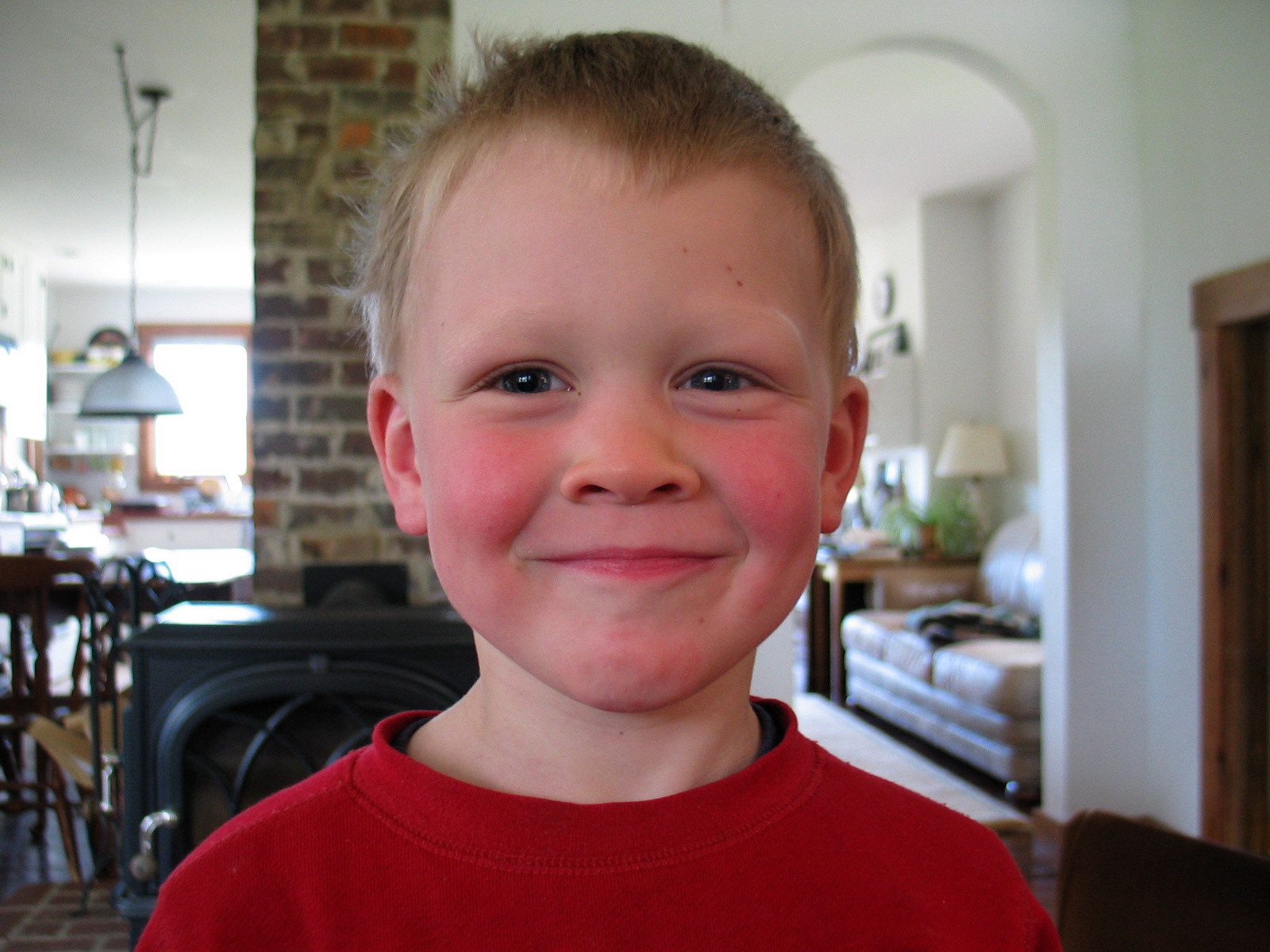 I’m soon going to have to drop “The Baby” part of his name and simply call him “Nickel” (he is four years old, after all) … but not just yet. He’s still my baby, now and forevermore.

Vignette Number One
He still, believe it or not, asks to nurse, but only every once in an eon. He flat out refuses to believe me when I tell him there’s no milk left. He thinks I’m pulling his leg, and he throws back his head and laughs uproariously. And then he attempts to prove me wrong: “You drink milk, and then if you don’t pee it out, it will stay inside you. See? You still have milk, Mama!”

Vignette Number Two
Back when Sweetsie turned six, I recounted the story of her birth for the edification of the whole family. It’s one of our birthday traditions and the kids love it. I was telling them about how Sweetsie got stuck when she was coming out and I had to push and push and push— when suddenly the baby Nickel interrupted me. “I helped you, Mama! I was pushing with my feet!”

I stared at him blankly, not comprehending. And then I got it! He believes he was in my body all along, just hanging out there waiting for his turn to be pushed out! And in his free time, he gave me a hand … or a foot.

Vignette Number Three
The other day the Baby Nickel was nuzzling my neck, smooshing his face up against it and breathing in my scent in huge gulps. So I asked him, “What does my neck smell like, huh?” He thought for a second and then said, “Coffee.”

About one year ago: A word about marriage. “Mawwage. Mawwage is what bwings us together today. Wove, twue wove…” Sorry.