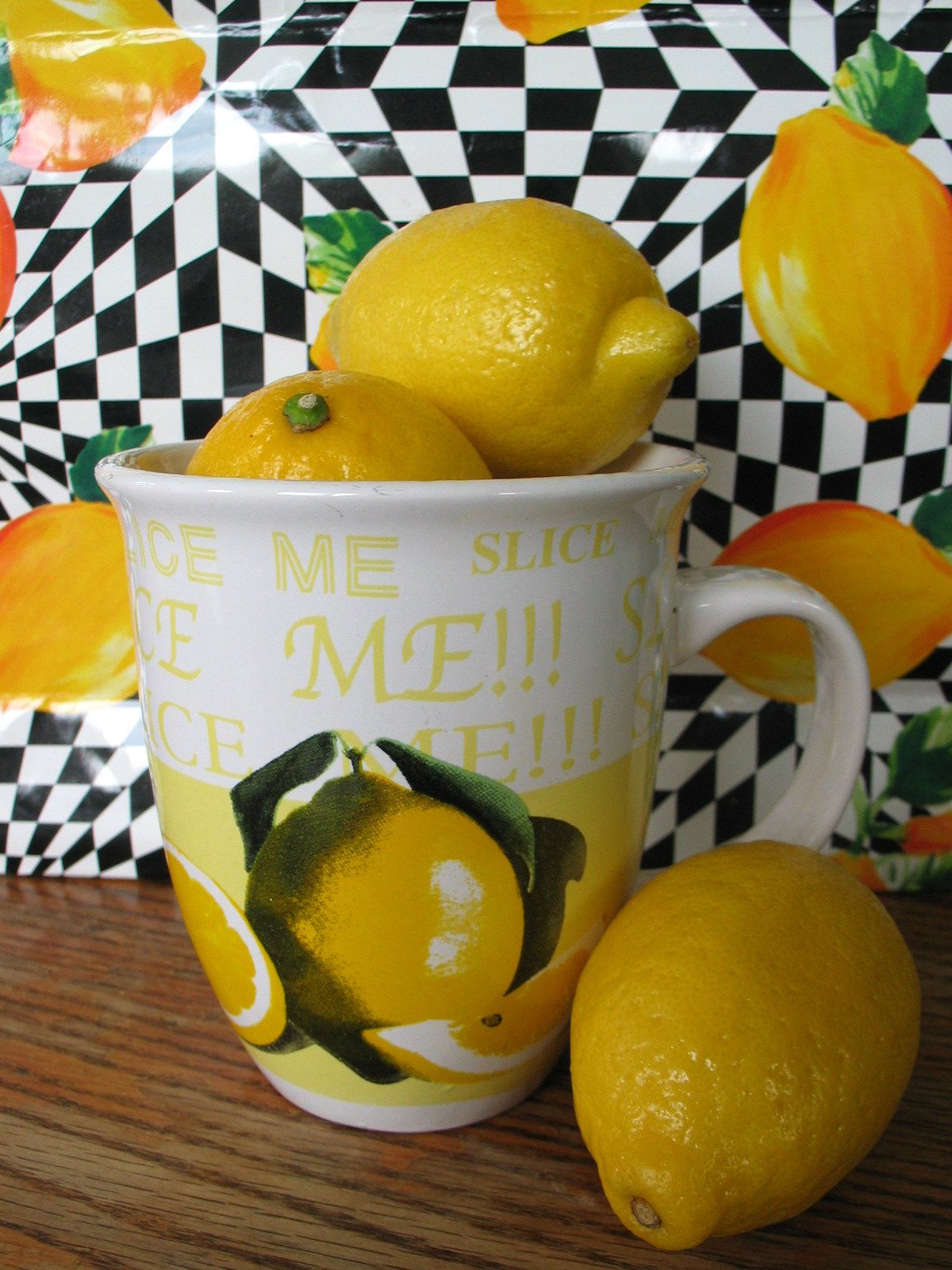 Something to chew over, brought to my attention by Jamie Martin, Simplebites contributor: Rachel DeMille, co-author of Leadership Education, states that if mothers of children over the ages of ten or eleven find themselves still cleaning, they have “missed their promotion.”

Like I’ve said before, my mother is artistic. This past time she visited, she brought me these lemons, in this mug, in this bag.

In the bag were other goodies for the children (and some gummy worms for Mr. Handsome). I think she’s attempting to improve my house, á la the sahib in Frances Hodgson Burnett’s A Little Princess. Each time she comes she brings something for the kids’ (Yo-Yo and Miss Beccaboo’s) bedrooms. This time there were globe lights to hang under Yo-Yo’s loft, hanging ferns for both Yo-Yo and Miss Beccaboo’s room (Miss Beccaboo is scared of hers and has to de-hang it every night before going to bed), and a glass bowl and some fish for Miss Beccaboo. The glass bowl is supposed to be a cookie jar and comes with a lid, “so you can still use it after the fish die,” my mother explained pragmatically. Two fish have died so far; my mother’s logic was right on target. 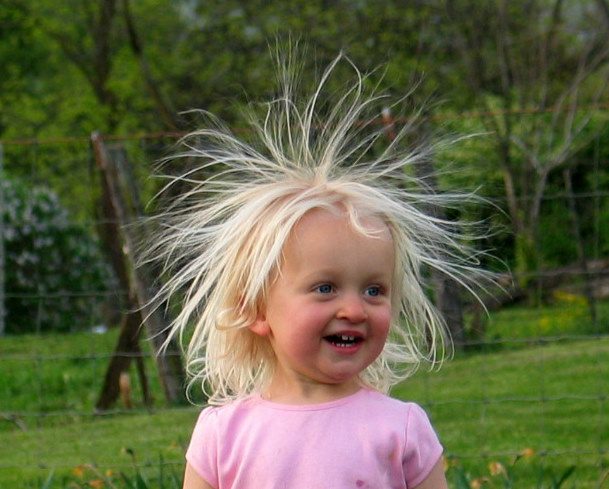 She’s a wild thang, that girl is. 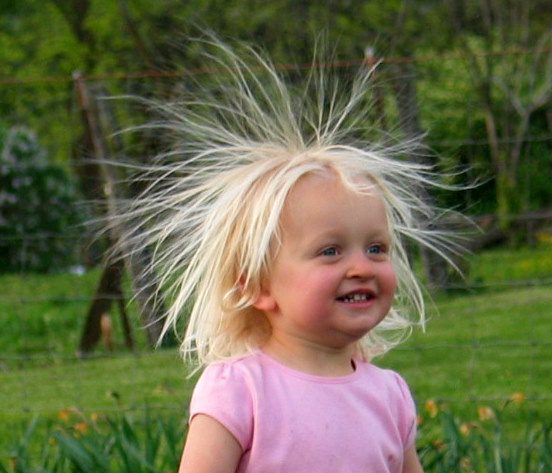 Not really. She’s actually very quiet and sweet, at least in my house where chaos reigns supreme. But she looks like a wild thang with that hair, so I had to say that. 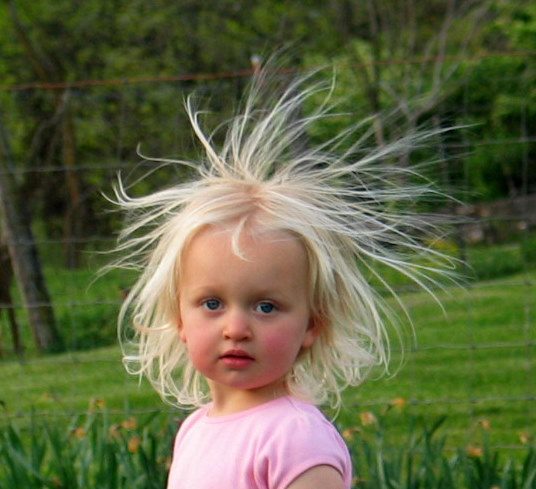 Out of all of my kids, she has developed a special fondness for Sweetsie. In fact, only Sweetsie is able to console her if ever she wimperith. She’ll have nothing to do with me. 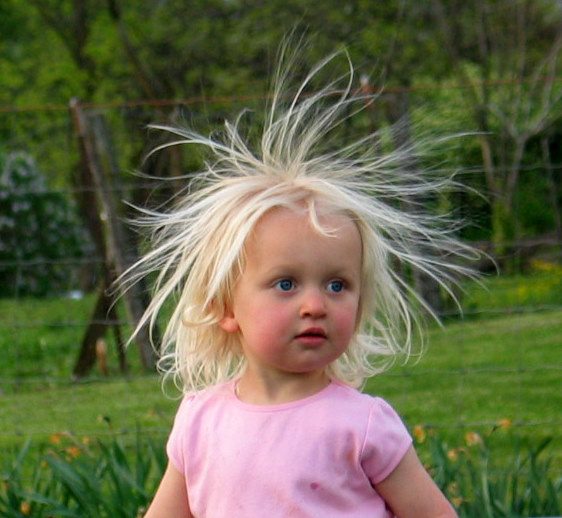 This means that I don’t really ever take care of Niecelet. I say hi to her, and once in a while I scoop her up and shower her tummy with raspberries (maybe this is why she prefers Sweetsie to me?), but for the most part, I don’t see her all that much. She runs free with the pack, and Sweetsie makes sure she doesn’t get trampled. It all works out pretty nicely.

Last Saturday I learned that I was going to be teaching Sunday school the following day. The person who was supposed to teach had emergency surgery and I got nailed with the job of filling in. I wasn’t too upset. I’m pretty good at blowing smoke, and I can rant with the best of them, but still, I felt bad. The guy who was supposed to teach was (is—the surgery didn’t kill him) a college philosophy professor who has an intimidating knack for saying lots of mind-altering things in a short amount of time. So I felt bad because the class was going to gather, all excited to hear this dude spew wisdom but instead it would be me they’d be hearing from. And no matter how much I talk, I ain’t no mind-altering philosopher.

So I bribed them. (I have no scruples.) I decided if I can’t alter their minds with words, then I’ll use sugar.

Actually, I decided to teach on the subject of “sacrifice” and I thought the sweet rolls could be an object lesson: I would sacrifice the pastries to the class … so they would like me. (Bonus points to ya’ll if you can guess my opinions on the bloody matter.)

But I was flummoxed. Everyone else raves about Ree’s cinnamon buns. Were my tastebuds off? Was I an anomaly?

It just so happened that I had a pan of my regular sweet rolls in the freezer, so I decided Sunday school would be the perfect time to get some feedback. My sweet rolls against Ree’s.

I set the pans up on two chairs. I didn’t give the class any background. I simply told them that I needed their feedback and they were to tell me which they liked best, Exhibit A or Exhibit B.

Exhibit A got seven votes and Exhibit B got five. Exhibit A was my standard recipe! I won!!!!

Later that day I forced our dinner guests to sample the two and cast their vote. Once again, my buns triumphed.

Now for the disclaimer. I must be fair and point out that the results might have been different if my tasters came from a cross-section of society and not from a little cluster of dear Mennonite freaks. Most of my tasters were well-acquainted with donuts from the relief sale (from whence cometh my sweet roll recipe), as well as decent yeasted breads and homemade sweets. Yeast and sugar are a part of our heritage. On the other hand, I wonder if people who grew up with Cost-co bakery sweets and packaged honey buns would be more likely to prefer Ree’s version. This is just a supposition.

And note, no one (that I’m aware of) didn’t like either one of the rolls. In that sense, they both won. So go ahead and make yourself some rolls, either mine or Ree’s. Freeze the extras. You never know when you’ll be called upon to teach Sunday school.

Speaking of Sunday school, the philosopher dude, healed and healthy, came to yesterday’s class. It was round two of an explanation on Ludwig Andreas Feuerbach’s projection theory. In a nutshell: when people talk about God, Feuerbach says they are talking about themselves since they have no other reference point for God. It’s the cabbage concept: if cabbages were to have a god, it would be green and leafy. Furthermore, people of faith (any faith) preach that we don’t have it all together but that God does; we say that God is Truth and our lives are the fable. Feuerbach says we have that backwards and that we are the reality and God is the fable.

I find this comforting, which is kind of odd, considering that so many Christians have been/are/would be deeply bothered by this perspective. I asked Mr. Wise Philosopher why that is so (that I don’t mind the theory) and he said because it explains how there can be so many different views of God.

What’s your slant on the matter?

Check out this geek. 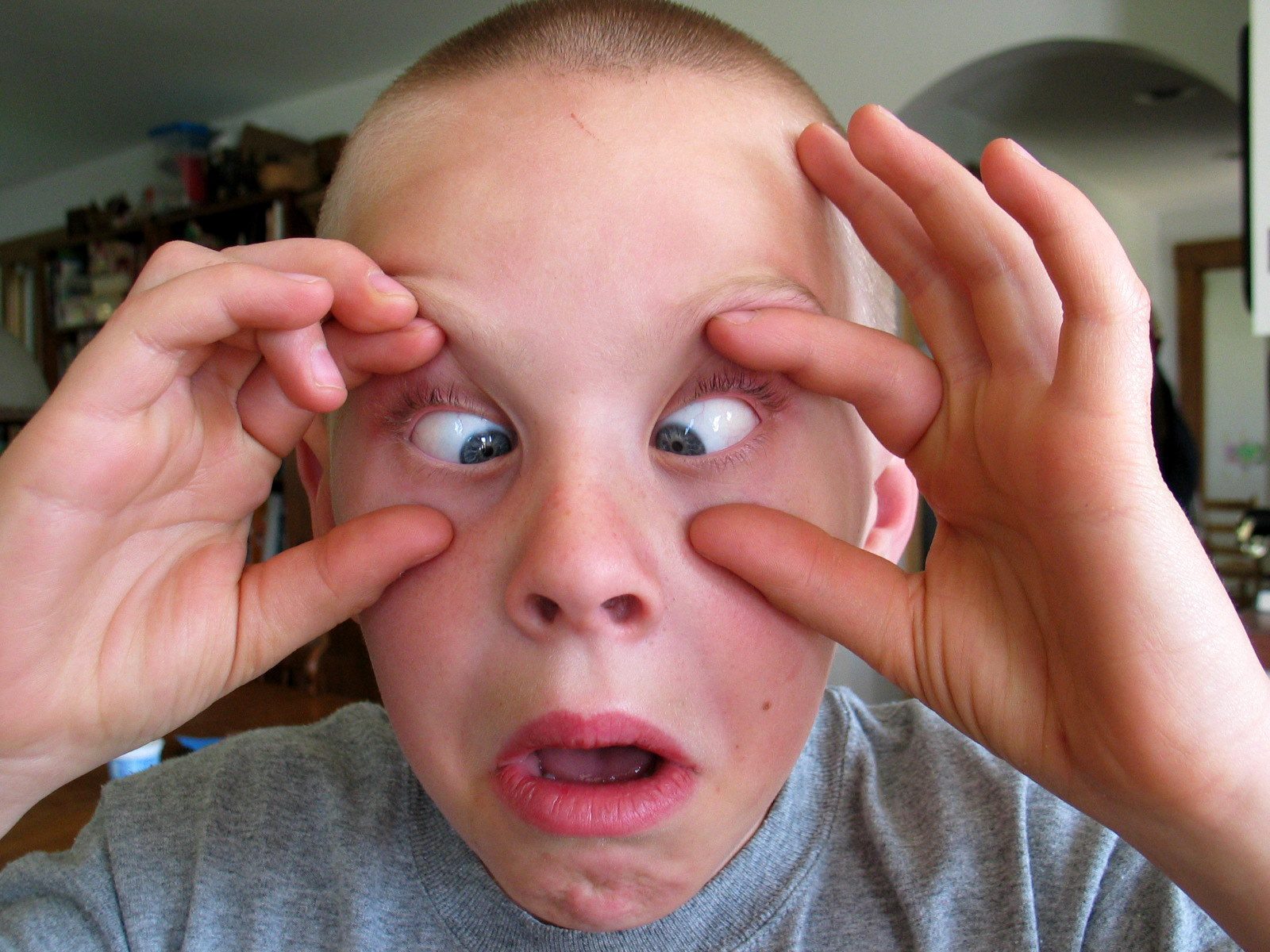 I live with him, you know. Almost on a daily basis I get ordered to “look at this one, Mama,” and I nod and smile, tell him that his face will get stuck like that, and even bust up laughing on occasion. 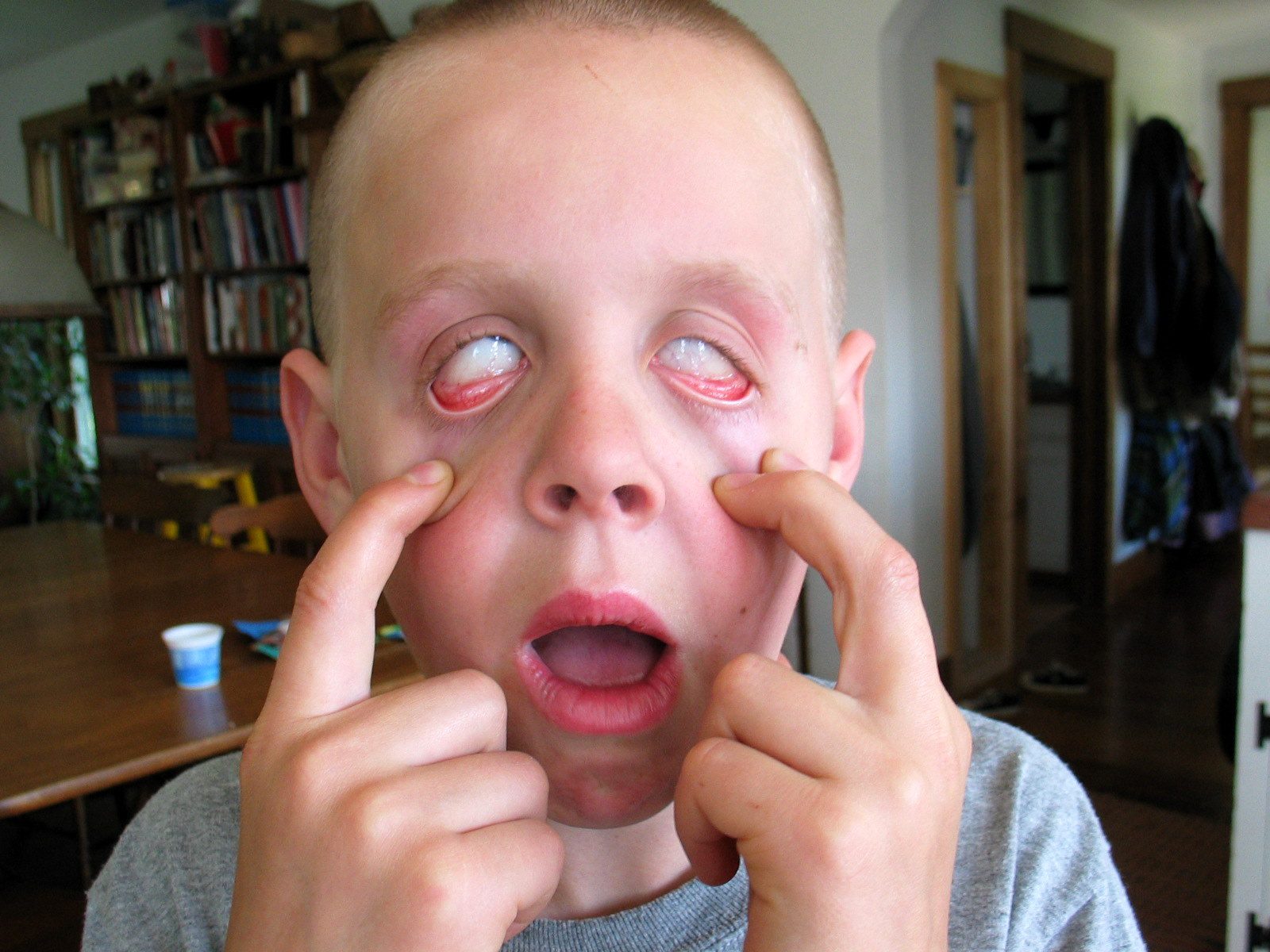 He’s at an awkward stage (and there he will remain for the next six years, poor boy), but this Sunday he read scripture in front of the church like a pro, clearly, slowly, and with poise. Other people said so. I wouldn’t know, seeing as I was so nervous for him (trickle down projection theory) that I could hardly hear what he was saying. 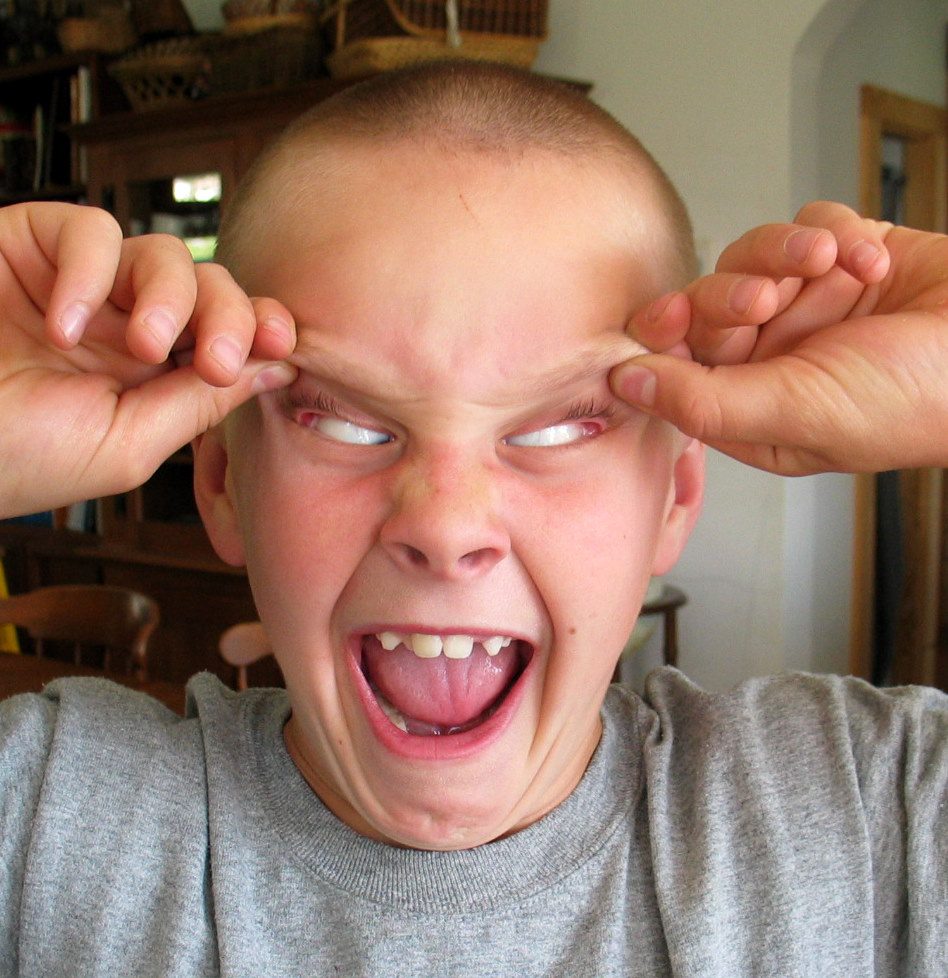 I just noticed that he kept his eyeballs in their sockets. That was good enough for me.

Currently, I’m overloaded with reading material. In an effort to gain control of the situation, I’m going to list out all the books I have just finished, am reading now, are on hold at the library, and/or will be checking out of the library soon.

*Leaving Ruin, by Jeff Berryman
*The Lacuna, by Barbara Kingsolver
*The Good Soldiers, by David Finkel
*The Help, by Kathryn Stockett
*Lit, by Mary Karr
*Final Salute: A Story of Unfinished Lives, by Jim Sheeler

And to the kids:
*Peace Be With You, by Cornelia Lehn,
*The Endless Steppe, by Esther Hautzig
*When You Reach Me, by Rebecca Stead

And you? What’s rocking your literary boat? (One can never have too many suggestions.)

Now, how about we talk movies. Recently seen: You’ve Got Mail (my favorite line is “she makes coffee nervous”), The World’s Most Spectacular Stuntman, Casper, The Chorus Line, Kinky Boots, North Country, Up, Flash of Genius, and Man on Wire, just to name a few.

And now, for the finale of this long and rambly post, some new-to-me blogs that I enjoy.

Go visit these blogs and pay your respects. They are indeed respect-worthy.

About one year ago: Shoofly Pie