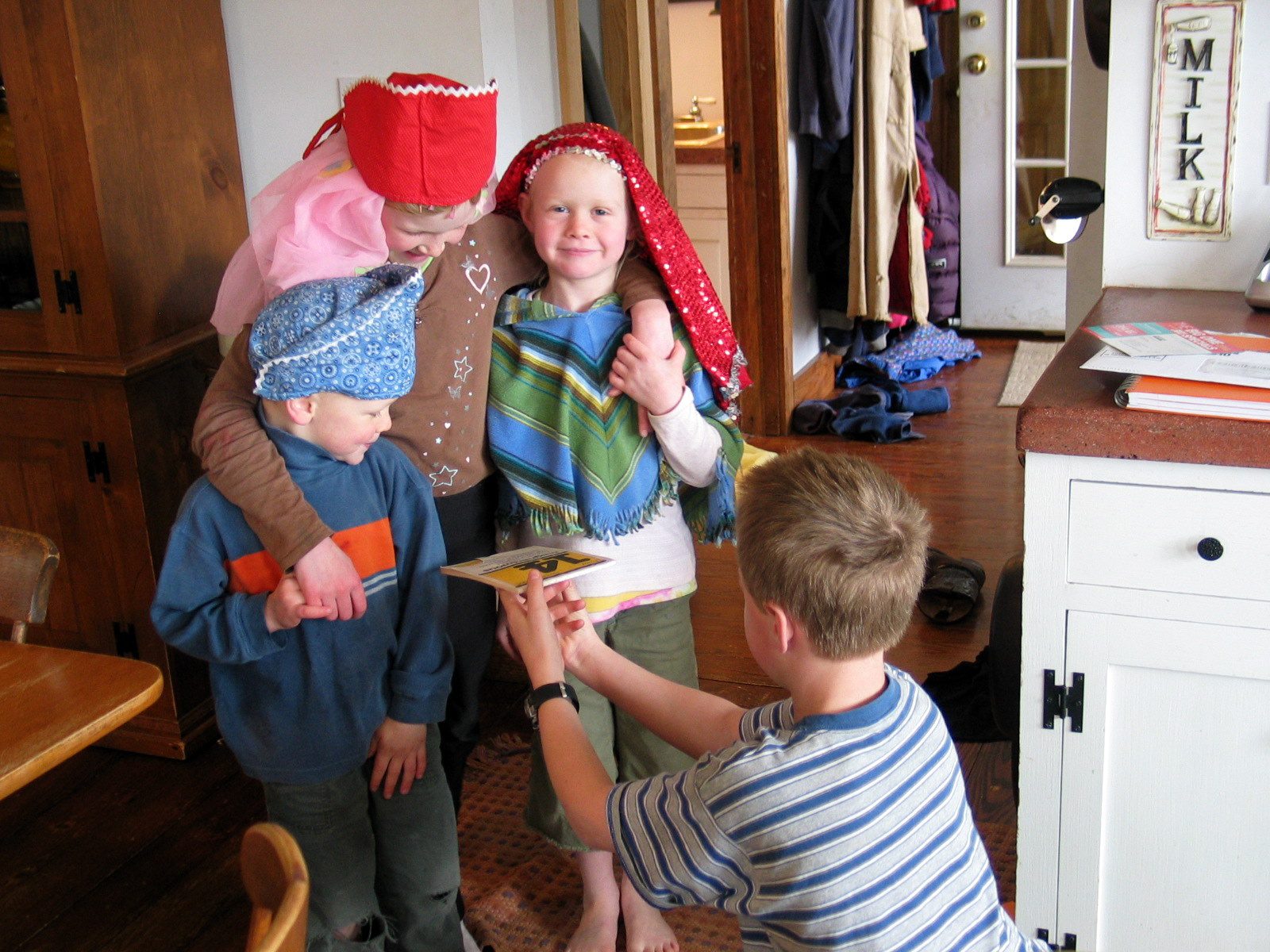 Life has been rather tough around here lately. I’m not sure why since we have a good, stable routine (but yet did something out-of-the-ordinary), are getting enough sleep, and are eating well. Regardless, life has felt a bit overwhelming. Mostly because the kids fight continually. I tried my best to nix that on Monday (maybe I’ll write about my brilliant techniques later), but then on Tuesday night I got a new idea.

The goons I have to work with.

Because the forecast was calling for sunny weather and 60 to 70 degree temps for Wednesday through Saturday, I decided to shake things up a bit. Hey, I thought to myself. I can do anything I want. I’m a homeschooler. Sometimes I’m slow on the uptake.

The truth is, I’m ready to quit the kids’ studies right now. I know that homeschool families are expected to go through a bunch of draggy angst in February, but for me, the blah-fits strike when green stuff starts poking through the brown and the kids forget that they possess foot apparel. Then I just want to scream, ENOUGH! and head outdoors to the toolshed. But alas, we’ve not studied sufficiently for one year (by my self-imposed and ill-defined measuring stick), and besides, it really is too early to put up all the winter clothes. So instead, we slog through our lessons and wallow around in our sun-drenched misery.

For illustration purposes, take a look at Miss Beccaboo’s poking techniques. She is The Queen of Poke: 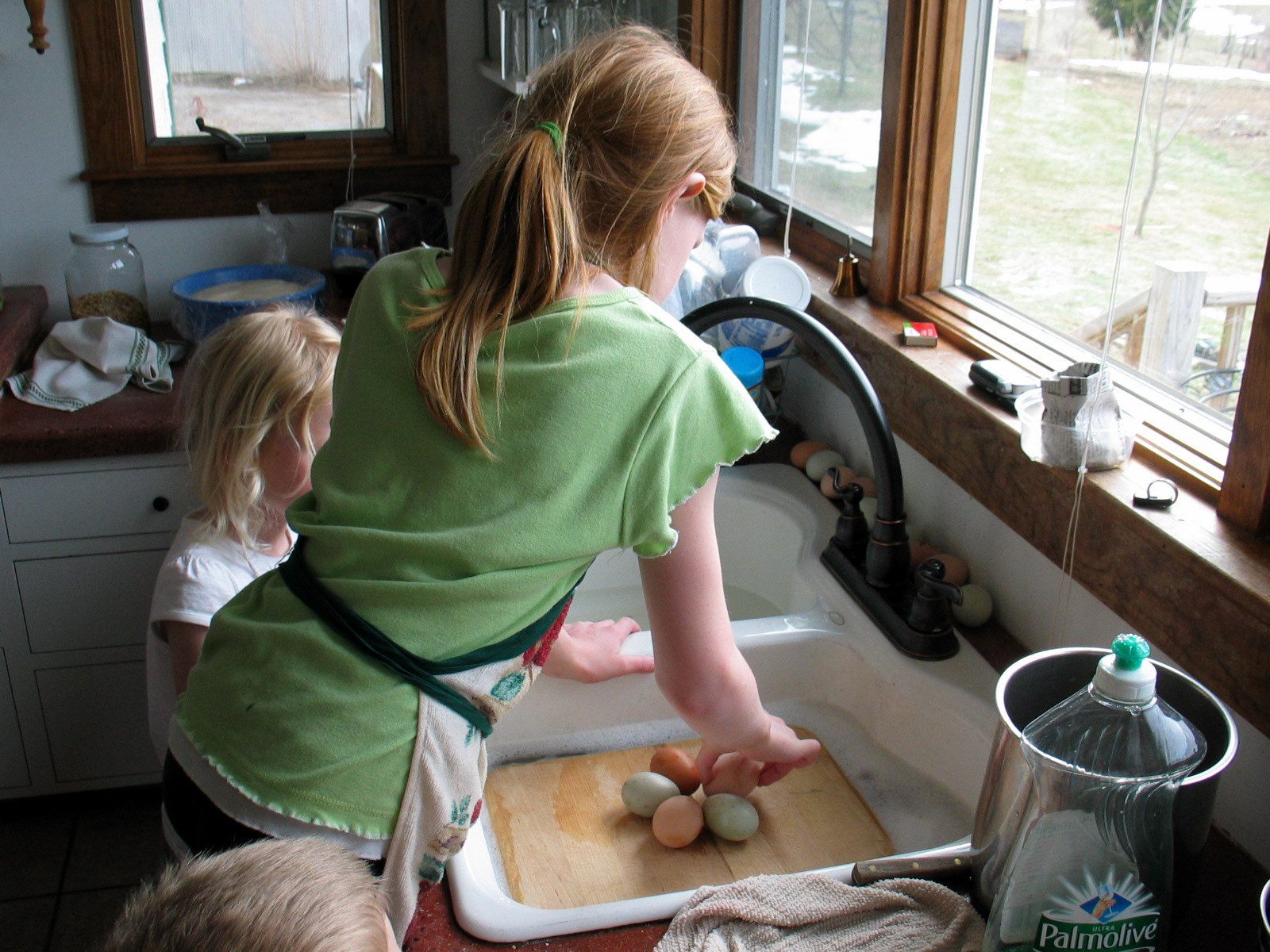 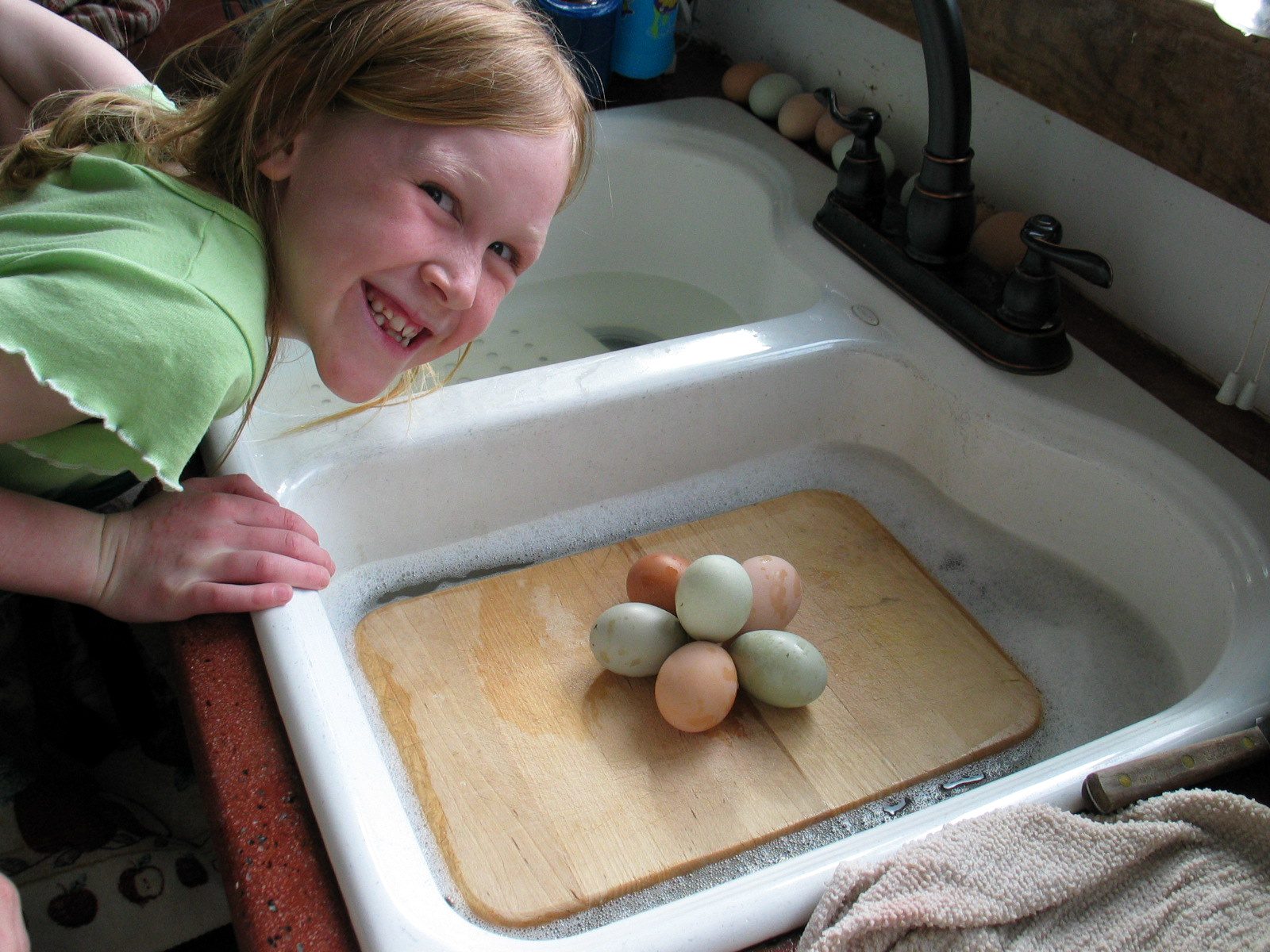 Tuesday night I called the kids to me (saying that makes me feel like a clucky, head-bobbing hen) and informed them that for the rest of the week we would have a different schedule. We would do our school reading time in the evening (we’re between read alouds anyway, having just finished up To Kill A Mockingbird on Sunday) and review the next morning’s independent work assignments. In the morning they could sail straight through their studies and then on out the door. I would sail out after them and then we’d all do some garden work together.

We didn’t get outside as quickly as I had hoped—we still had chores and attitudes to deal with, after all—but outside we did get. I pruned the red raspberries and cleaned up the asparagus bed (THE ASPARAGUS IS COMING UP! I SAW A FAT WHITE SHOOT WITH MY VERY OWN EYES!) and the kids loaded up all the brush and brambles in the wheelbarrow and hauled them down to the burn pile. I transplanted out the rhubarb (and broke a shovel), and the kids worked at shoveling dirt back into a hole that they made last fall. The Baby Nickel went against my orders and collected the eggs from the coop and then one of them busted in his pants pocket. I wasn’t ready to go inside yet (I lock the doors and carry the key when we all go outside to work—it helps to keep us all on the same page) so he sat on the sunny porch steps in his underwear and “read”/shredded the newspaper flyers. We finally went inside for our lunch, which I already told you about yesterday.

Today will be only slightly different. I’m watching my friend’s children from mid-morning through supper. This means that my kids will probably get their jobs and independent work done more quickly than before and then they’ll stay outside and play all day long. Despite needing to cook bigger meals, I hope to get my flower beds cleaned up and do some weeding in the strawberries. We’ll see.

P.S. It’s still dark outside and Yo-Yo is up. He asked for a pencil and sat right down at the table to do his grammar pages. It appears we’re off to a good start!

About one year ago: Butterscotch Pudding, and Warm Chocolate Sourdough Cake (Only click on the latter link if you have a full stomach; otherwise, bad things might happen.)