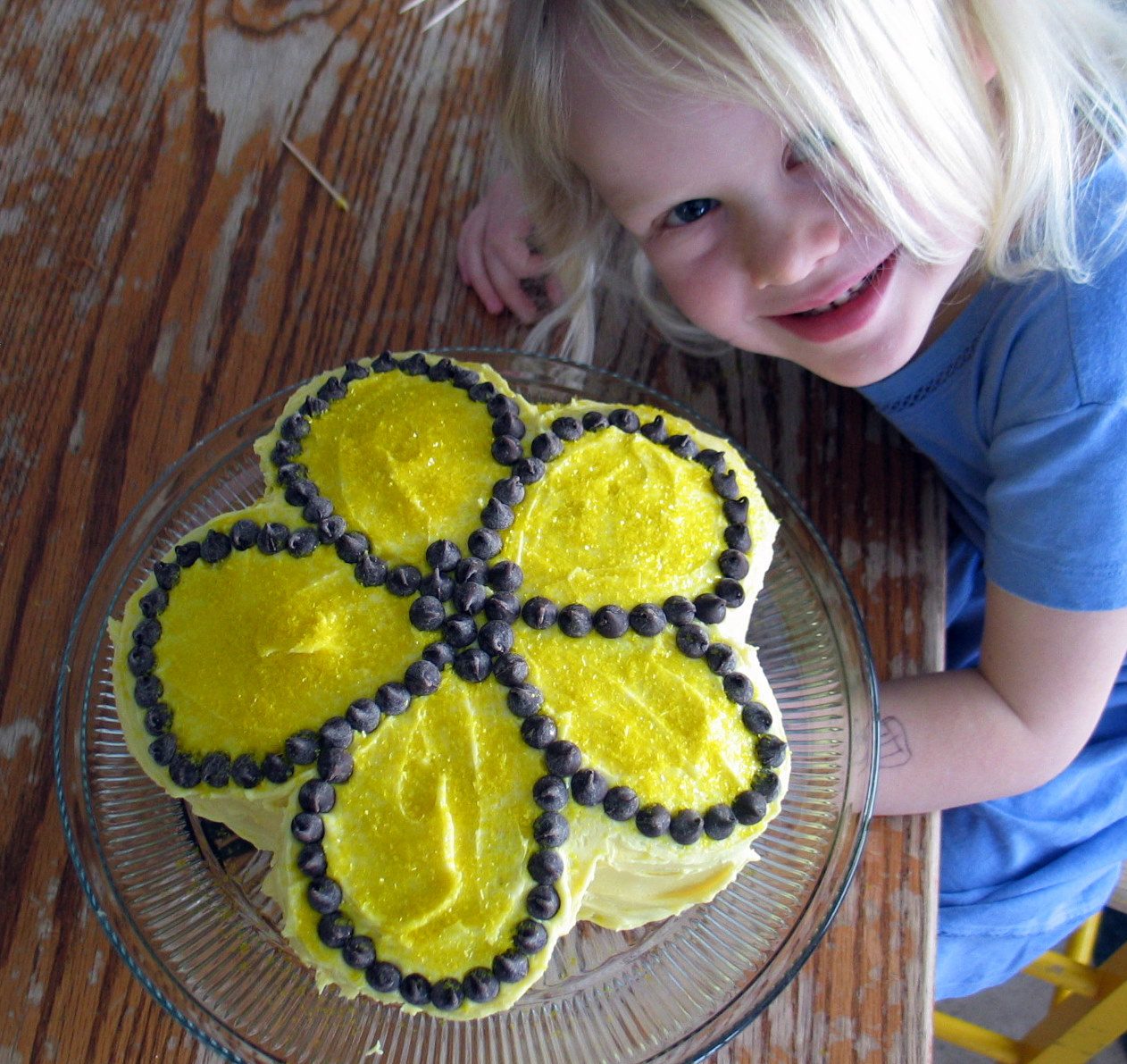 *There is a pot of sap burbling away on my stove. It makes the house smell like candy, in a wondrous sort of way.

*Sweetsie turned six and together we made a banana flower cake, complete with yellow frosting and chocolate chip-outlined petals and yellow sparkly powder.

*I spent Saturday cooking mountains of food, as though I thought my cooking days were numbered. They aren’t (whew!), but an outsider could have thought I was imagining that.

*I have discovered how to cook a certain food that has always alluded me. I feel all-powerful and kitchen goddess-like. Just as long as we stay in our respective domains and do not cross any lines, I will share my secrets (soon) because I think the world would be a better place if everyone experienced kitchen deism every now and then.

*Speaking of toes (oops, I was talking about toes, but then I edited that part out), or feet, rather, my heels are getting all icky tough again so last night I put udder balm on them. Mr. Handsome reported that I was mooing in my sleep, so I think it might be working.

*I said yes to participating in a little drama at church next Sunday. I play the part of “Selfish” and get to clutch a mug to my bosom and yell the word selfish over and over again. The role has great therapeutic potential. I expect I’ll be a new woman come Monday.

*Compliments are wonderful, but people really ought to be more careful when they give them to me. They don’t know this, but when they say, all off-handed and cool-like, that they like my dress or my lectionary devotional or my kids, they are in danger of getting smothered with kisses. Most times I’m able to restrain myself and smile graciously, but under my oh-so-smooth demeanor, I’m battling some seriously strong hug-‘em-till-they-pop urges. Consider yourself warned. 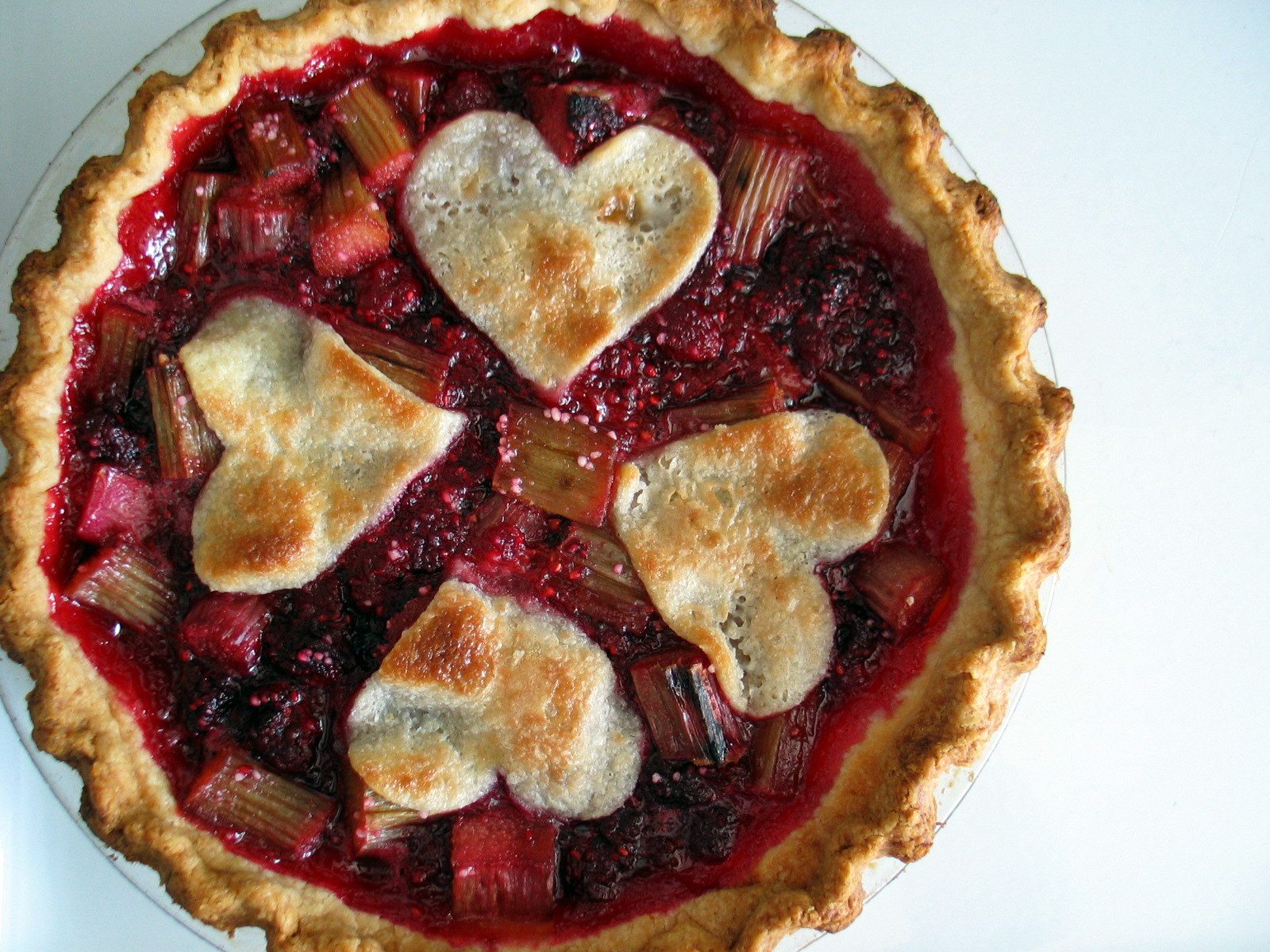 *Pie. Heart-shaped, pastry-topped, red raspberry-rhubarb pie. This is really what I wanted to write about when I clicked open my laptop, but I got a little side-tracked. It’s Monday, so the normal routine is allowed a bit of variance, right? I did water my plants though, a Monday’s job, and that is not something that always happens on schedule. I tell you this, the bit about Mondays and watering the plants, so you know that I’m not too much side-tracked, all things considered. 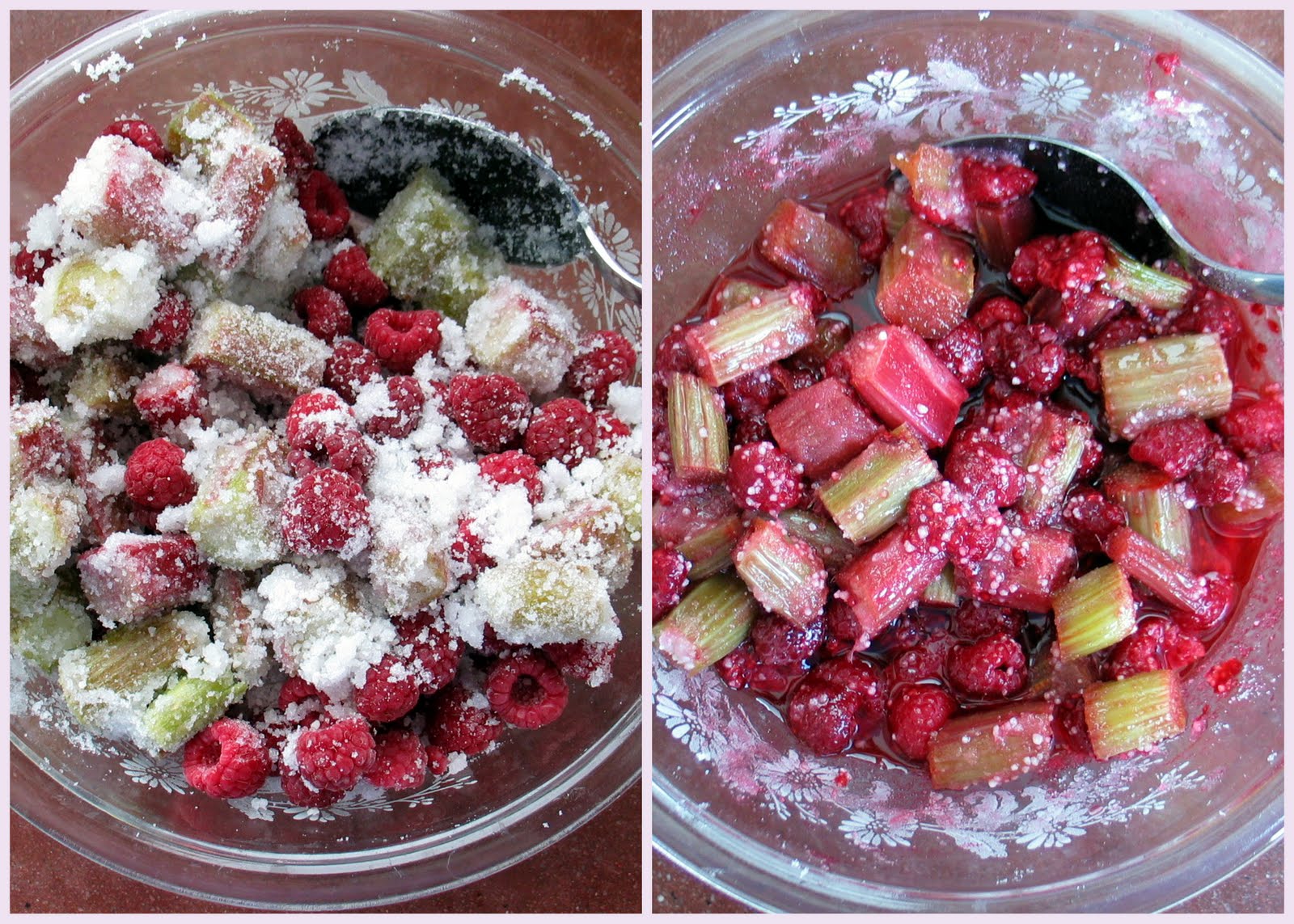 This pie would be perfect for Valentine’s Day if I were a Valentine’s Day celebratin’ sort of gal, which I’m not. Valentine’s Day, like Mother’s Day, is created for guilt and Hallmark, two things I try to stay away from as much as possible. And actually, I think every day ought to be Mother’s Day and every day ought to include a healthy dose of lovin’ (and, just for the record, lovin’ does not just involve sugary pink kisses and sticky hugs, but also hanging up our own bath towels and telling the truth and refraining from picking our noses in public [I’m all about realistic standards]). When you look at those holidays that way, they seem downright shabby, stingy, and pathetic. (And one more thing, mothers have no place being hoisted on to pedestals, idolized and worshiped for their glorious sacrifices—do not waste your breath singing my praises [not to be confused with giving me compliments], just chip in and wash the dishes and put away your laundry, thank you very much.) 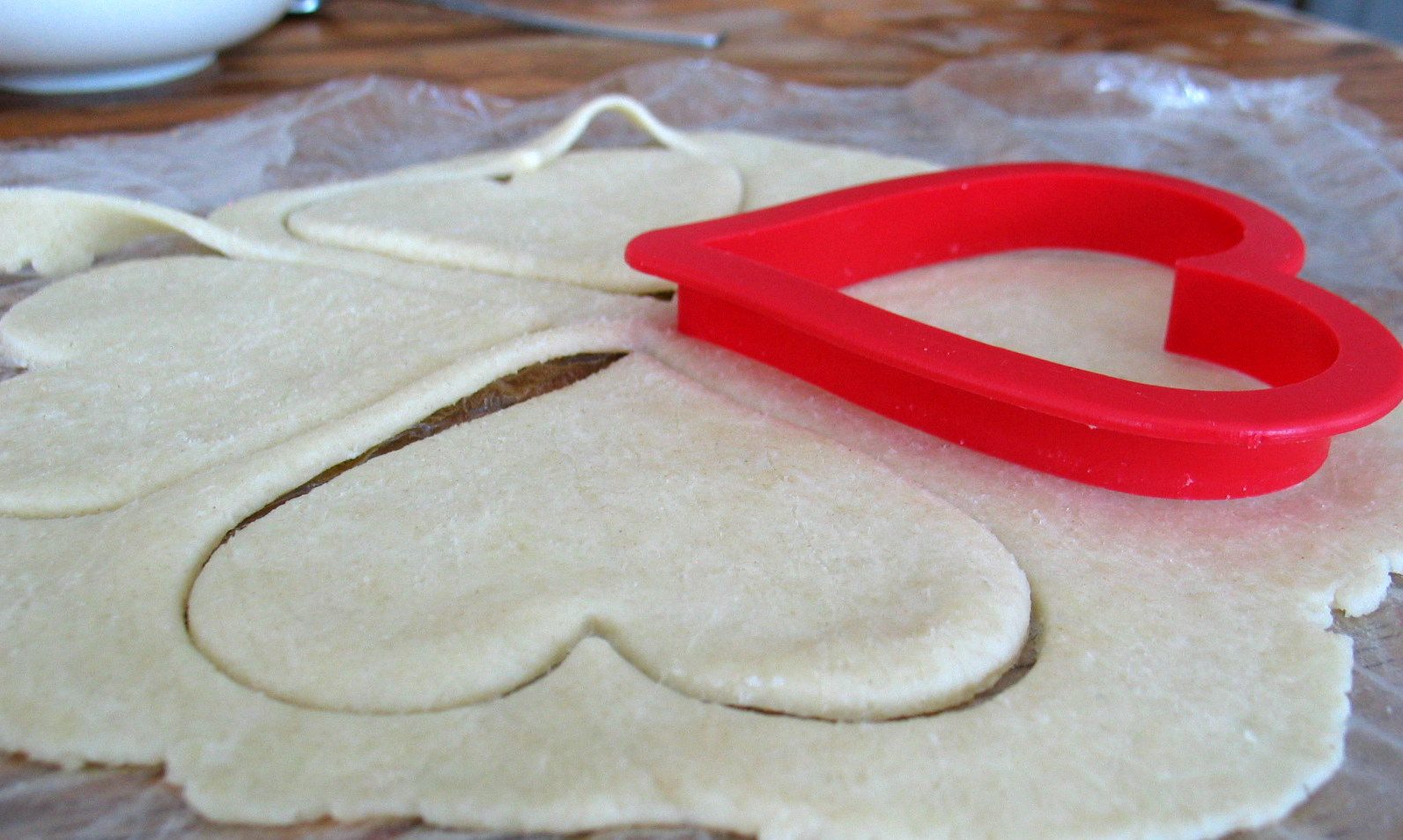 Um, where was I? Oh yes, pie, red sweetheart pie. I declare, if I keep running off on tangents, this could be a very, very long post.

Let’s just say this, real quick before I veer off-course again: my mother made this pie for my brother when she was visiting him in his new (old) house in Pittsburgh, and she said it was really good and gave me the recipe in her a-bit-of-this and perhaps-a-bit-of-that imprecise and picky way. I promptly made it for myself, varied the ingredient portions, and then made it again. And then made it again. The final pie got carted to another brother’s concert and received compliments (in one case, in quick succession). I almost gave the complimenteers sticky, red kisses, but controlled myself. It’s a good thing they didn’t know the danger they were in. 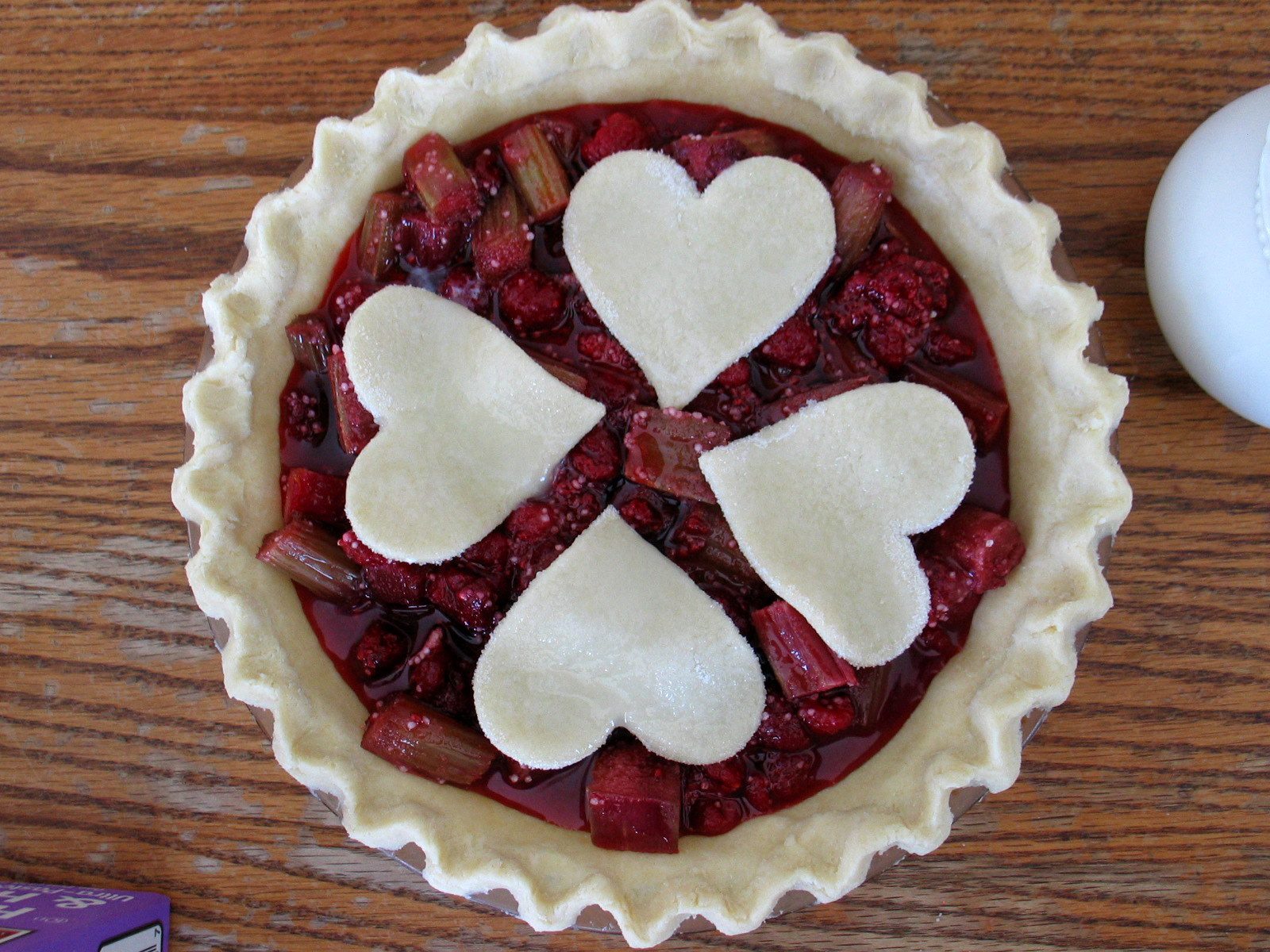 I’m always looking for ways to use up our insane mountains of frozen red raspberries (remember all those pictures of red raspberry desserts that just didn’t quite cut it?), and I am proud (and relieved) to say that I have finally found the solution, and it’s a glorious solution indeed. 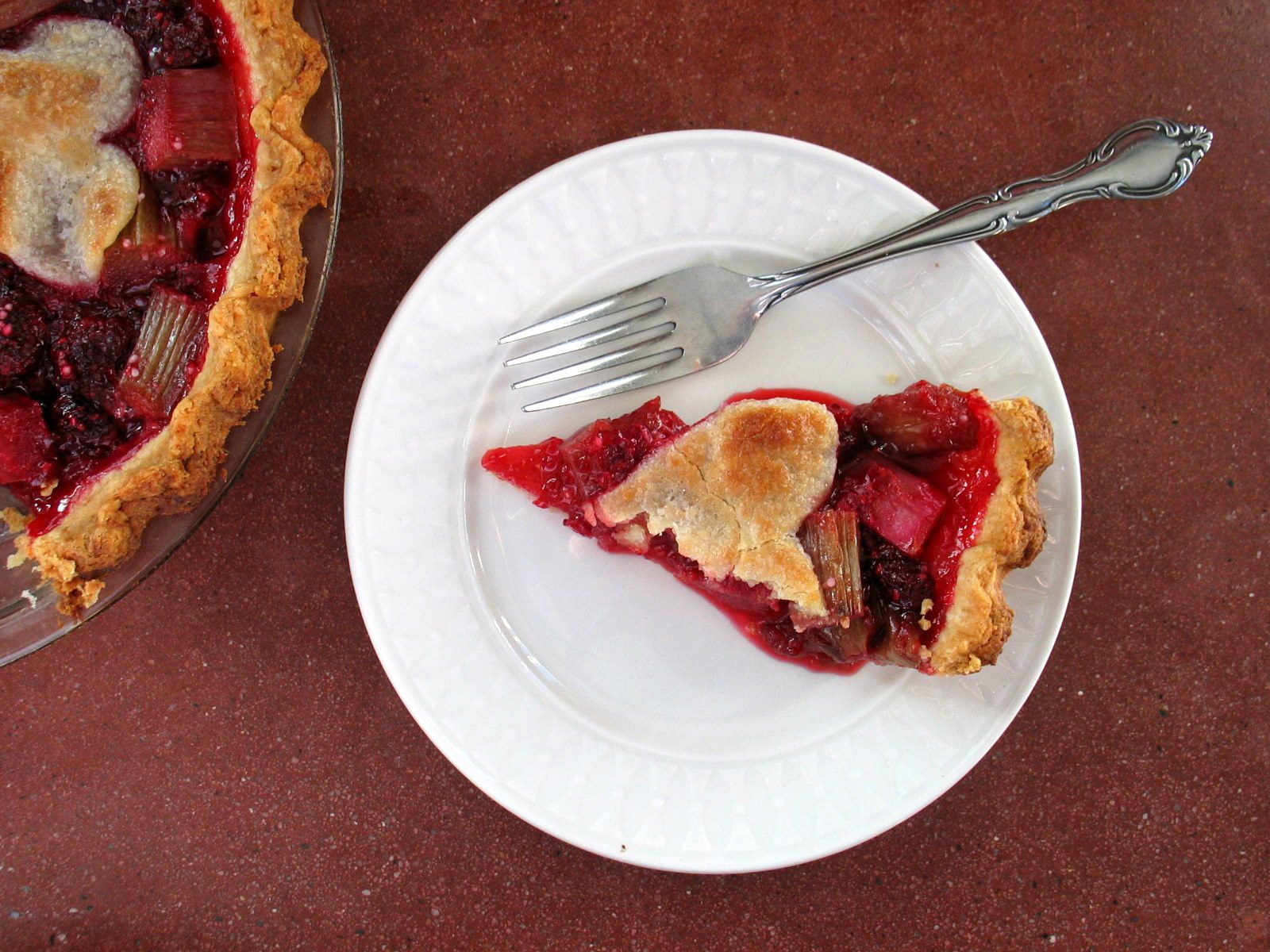 Now, back to love and Valentine’s Day and all that jazz. You’re a bunch of plenty smart readers so I’ll just say my little two cents and then let you draw the connections between pie and true love: exuberant red raspberry plus tangy-sour rhubarb equals one punchy pie that’s filled to the brim with lip-puckering character and juicy sweet richness. 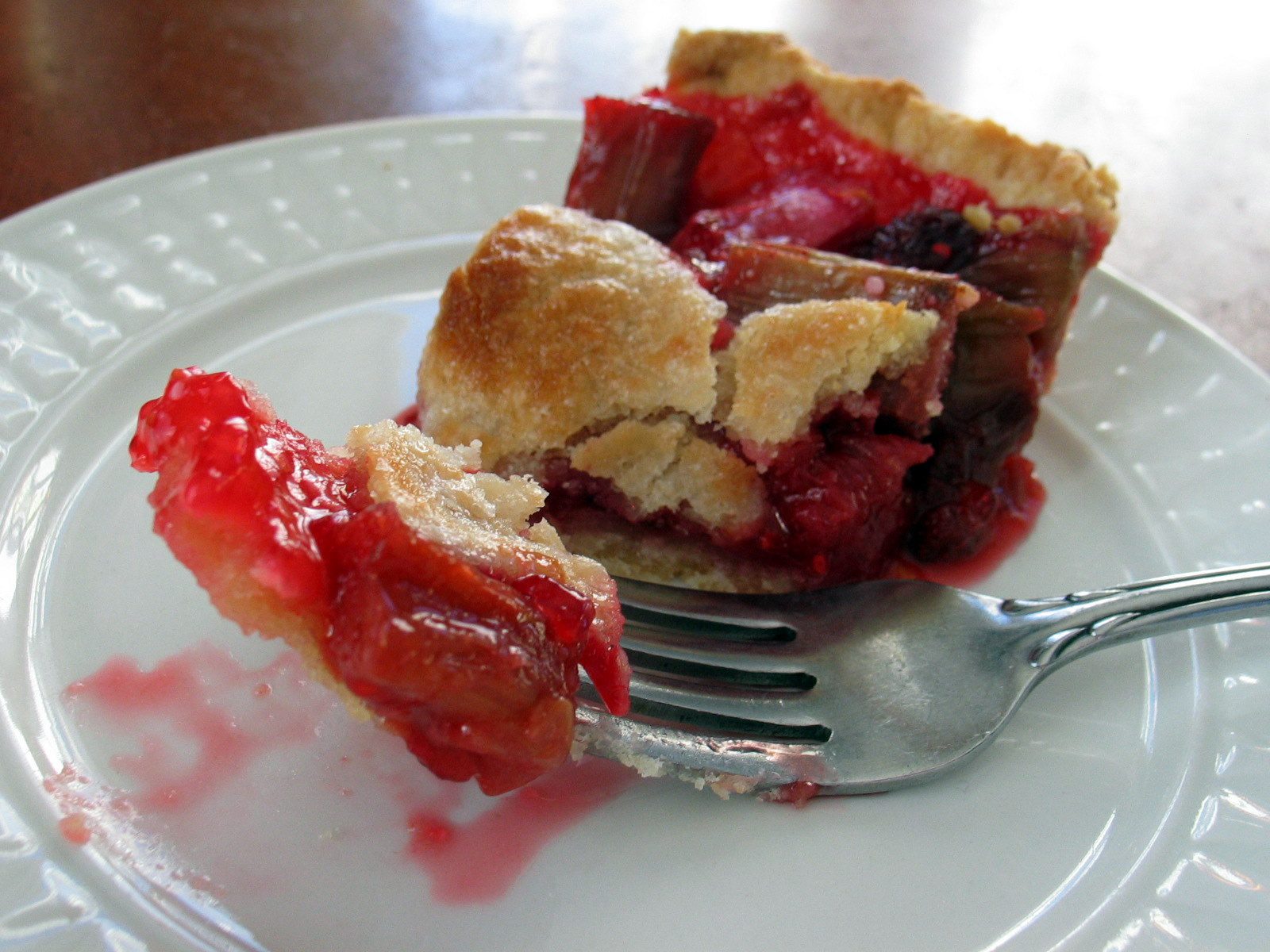 And that’s all I have to say about that.

Toss the rhubarb with the tapioca and sugar. Add the red raspberries and stir gently. (The red raspberries will disintegrate at some point in the process, but I like to operate under the illusion that they may, perhaps, stay whole.) Allow the fruit mixture to sit at room temperature for 1-8 hours, stirring gently every hour or so, until it is nice and juicy.

Put the fruit in an unbaked pie crust and top with cut-out crust hearts that you have brushed with cream and sprinkled (liberally!) with sugar.

Bake the pie at 400 degrees for 40-60 minutes, or until the juices are bubbly and the crust is golden brown. (I cover the edges of the crust with a ring of tin foil from the very beginning of the baking time to keep them from scorching.)

About one year ago: another birth story. This year she again chose spaghetti and meatballs. She knows good food when she tastes it, and then latches on and never lets go.