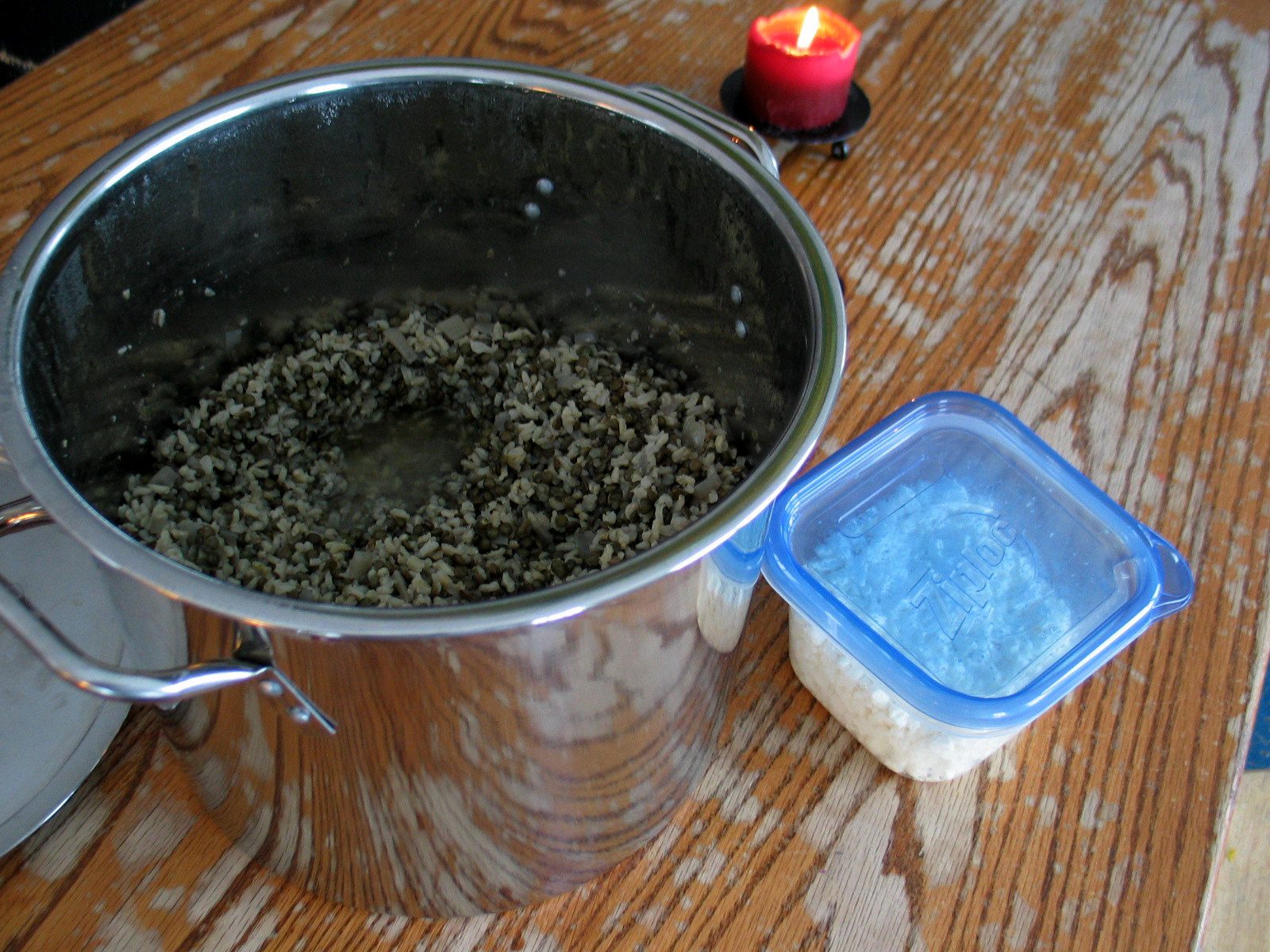 I have no ads on my blog, no giveaways, no nothing that could possibly give me any mullah. I want people to hang out here for the same reason I do—because it’s interesting and fun and maybe a even a tiny bit challenging (it’s challenging to me for sure; for others, probably not so much). That I’m not trying to make any money is intentional—this is strictly (for now) a creative outlet. I don’t want anyone’s money, though I suppose I wouldn’t say no if someone were to hand me a check for a hundred dollars.

I had that happen to me once. Seriously! I was walking across a college campus—I wasn’t even a student—and some guy stopped me, waved a slip of paper and a wadded up shirt in my face and said If I give you a hundred dollars, would you wear this shirt? I stopped in my tracks, turned to stare at him, and then burst out laughing. It was the only sensible thing to do. Next I put him through a rigorous Q & A session and learned he was a scout for a downtown jewelry store—the t-shirt had the jeweler’s logo on it. Me, a non-jewelry person, becoming a walking billboard for a jeweler? HA! I took the money (said thank you), marched downtown, and confronted the jeweler himself. Everything was on the up and up, he said, so I took the money (said thank you, again) and sent it to the community women’s group that I had helped to form while living in Nicaragua. I figured they could use a bit of random luck more than I could.

Yet despite intentionally trying not to earn money from this blog, it has been a profitable venture in a roundabout, non-monetary-focused sort of way. It’s pretty simple, really. People read my ramblings and then somehow become inspired to give me things. Nifty, no? Either they feel sorry for me, or they’re worried about me, or they want to improve me, or they just have the Splendid Giving Bug. In any case, I’m surprised and delighted every single time. (And no, I am not posting this in hopes of tugging on your purse strings.)

Here are a few examples of what this blog has earned me so far: a candle, a zero-turn mower, a tablecloth, a subscription to Bon Appetit, pretty little plates (here’s one), not to mention all the recipe ideas and suggestions, and the encouragements and questions, etc. I’ve also inadvertently gotten some extra jobs—said one reader, I see you have quite the collection of Asian ingredients—how would you like to cook something Asian for our fundraiser dinner? (I said yes, but we ending up deciding on something about as un-Asian as you can get) and said yet another reader, I see you like to write—would you do a lectionary devotional for the church? (I said yes, and I’m still in the torturous process of paying the consequences.)

However, my most recent profit came about in the form of a large pot of lentils. After reading about the Lentil Wars, my friend MAC decided to help me win my family members over to the legume-loving side by bringing me some of the lentils she makes for her sophisticated lentil-loving family. I was going to meet her husband in town to pick them up (they live on the opposite side of the Burg as us), but then it snowed and she decided to drive them out to my house, on her daughter’s birthday, no less (this is called Going Above and Beyond). And then when she walked in to the house lugging a ginormous kettle of tiny lentils and brown rice and a separate container filled with feta cheese and I went to the cupboard to get a container to take out enough for our supper, she positively snapped at me.

“What are you doing?”

I told her, and she shook her head rather severely. “No. I have three kettles like this one at home—I don’t need it back any time soon.”

I peered at her, slightly incredulous. I hadn’t been concerned about the kettle so much as the tremendous quantity of food that was in it—it was like gallons of lentils and cups of feta. But she would have none of it and I wasn’t about to argue—it smelled delicious (and it was, though my family has not been swayed). 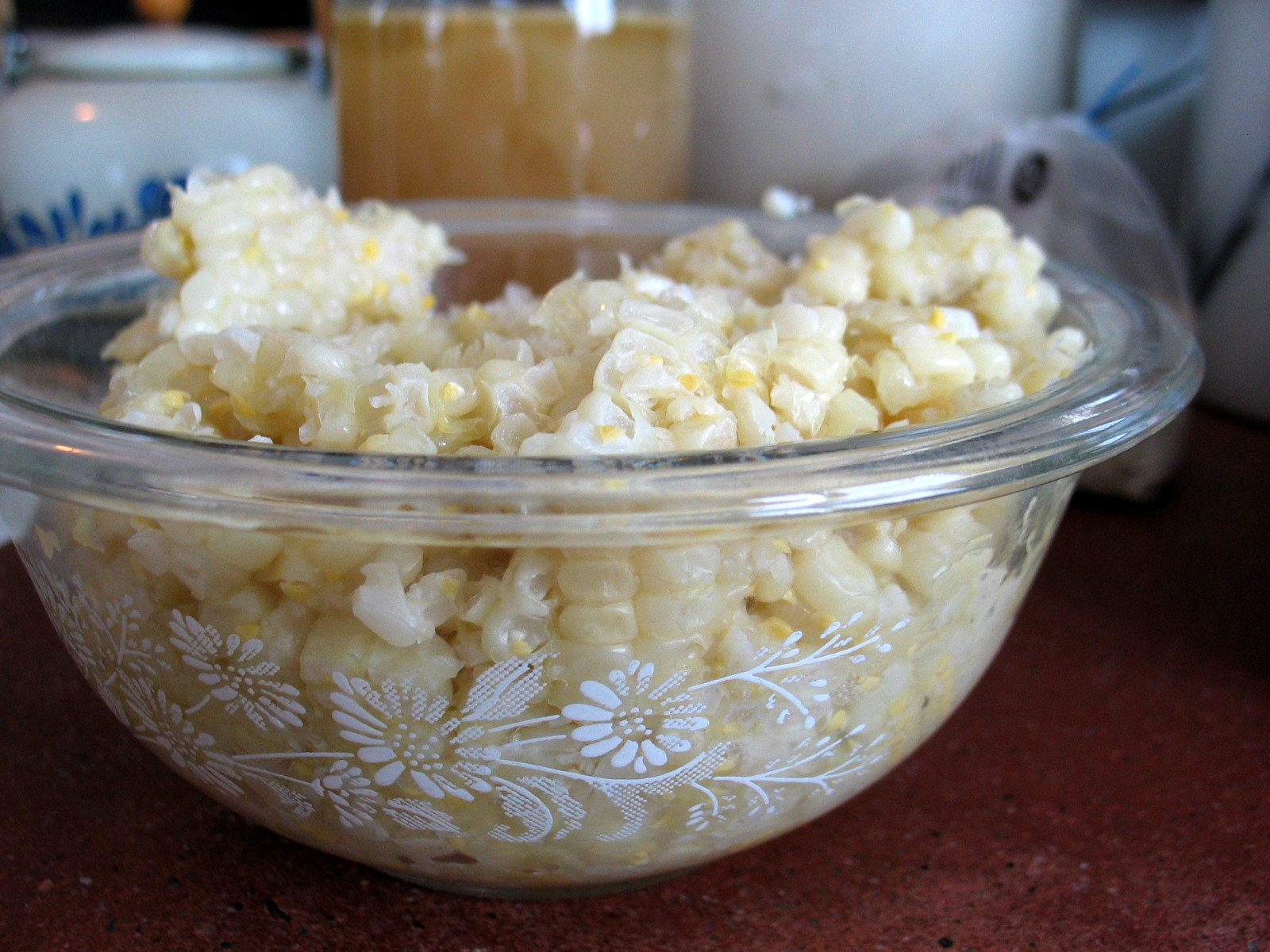 Now you would think that I would post the lentil recipe right about now, but I’m not going to. I am, however, going to post another recipe of MAC’s—a soup that she made for us after Sweetsie was born. I remember sitting around our kitchen table, back at our old house, with my three little ones (all under four years of age—yikes! how did I DO it!) scarfing down the soup like I was starving, or at least breastfeeding. It was creamy and corny, with nubby bits of wild rice throughout and smoked sausage for exclamation points. 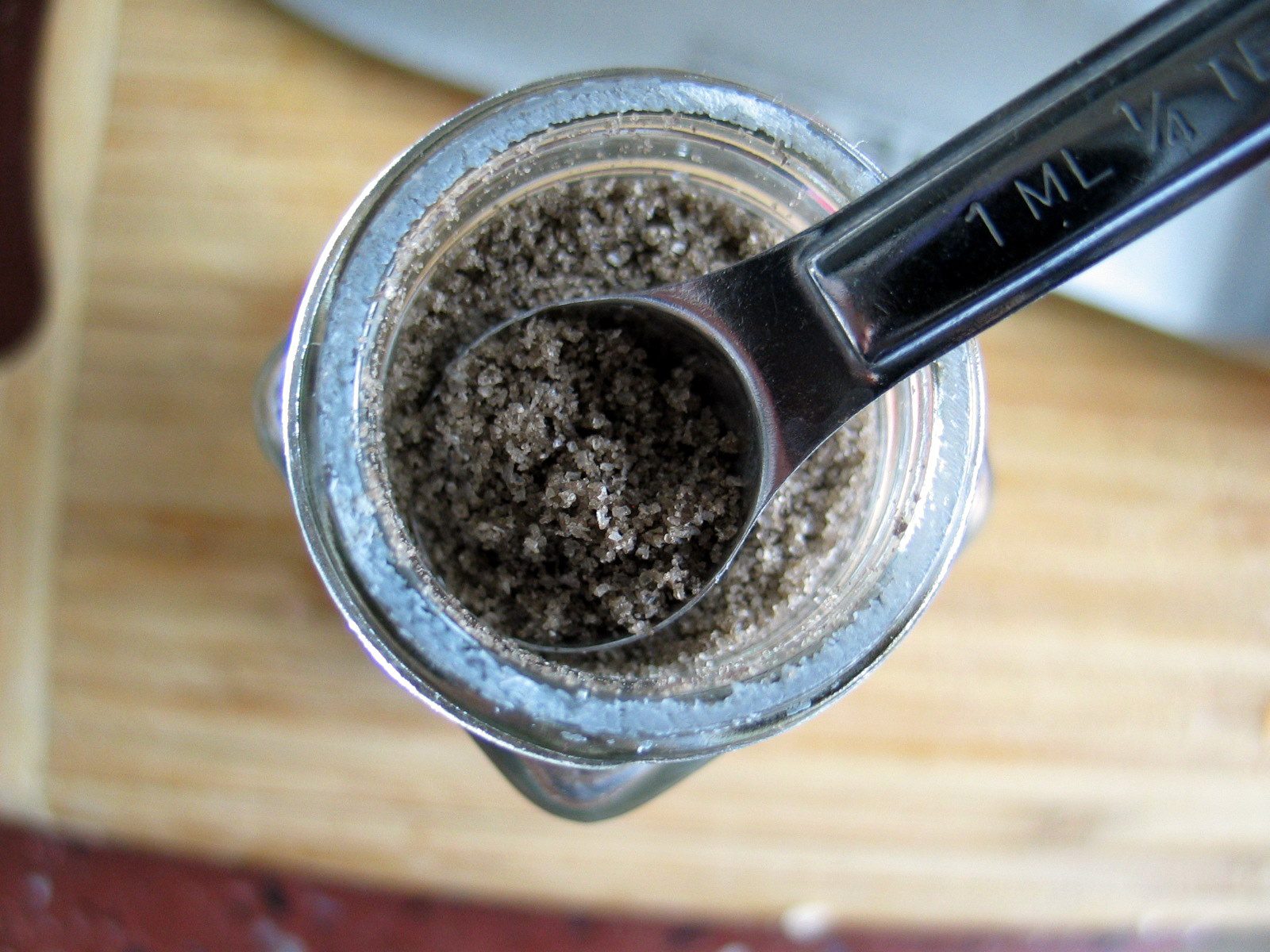 When I asked her for the recipe, she said, “Sure, as long as you promise not to take it to anybody at church.” (Huh?) “It’s the meal I always make when I take people dinner and I don’t want someone else to steal my recipe.” (Okay, honey. I will not cook this for anyone at church. Cross my heart.) 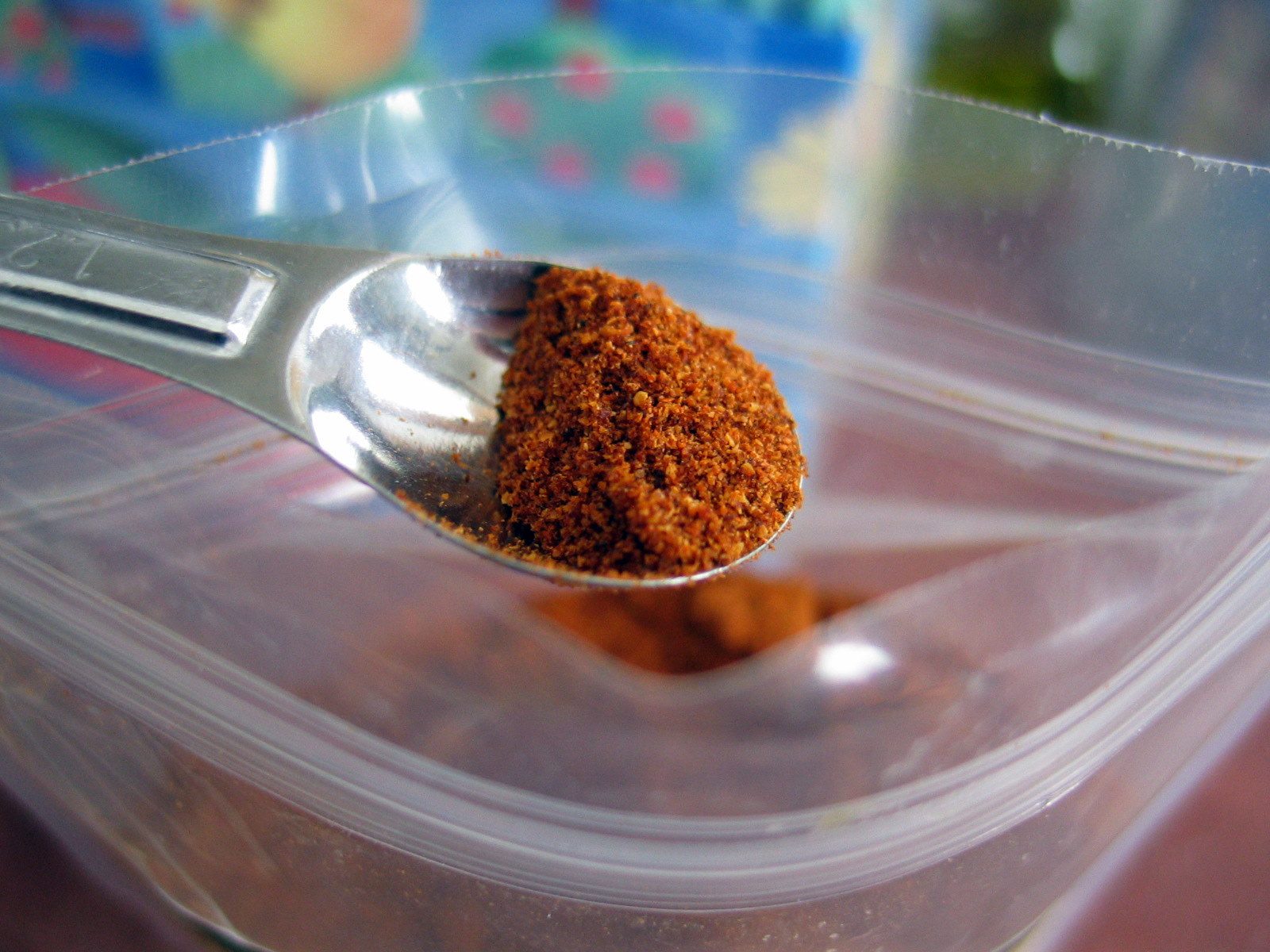 I’m posting the recipe here (I have her permission), but I’m warning you: if you go to my church, you may not EVER, under ANY circumstances, make this soup as part of a carry-in dinner for fellow church-goers. You can, however, make it for yourself all you want. 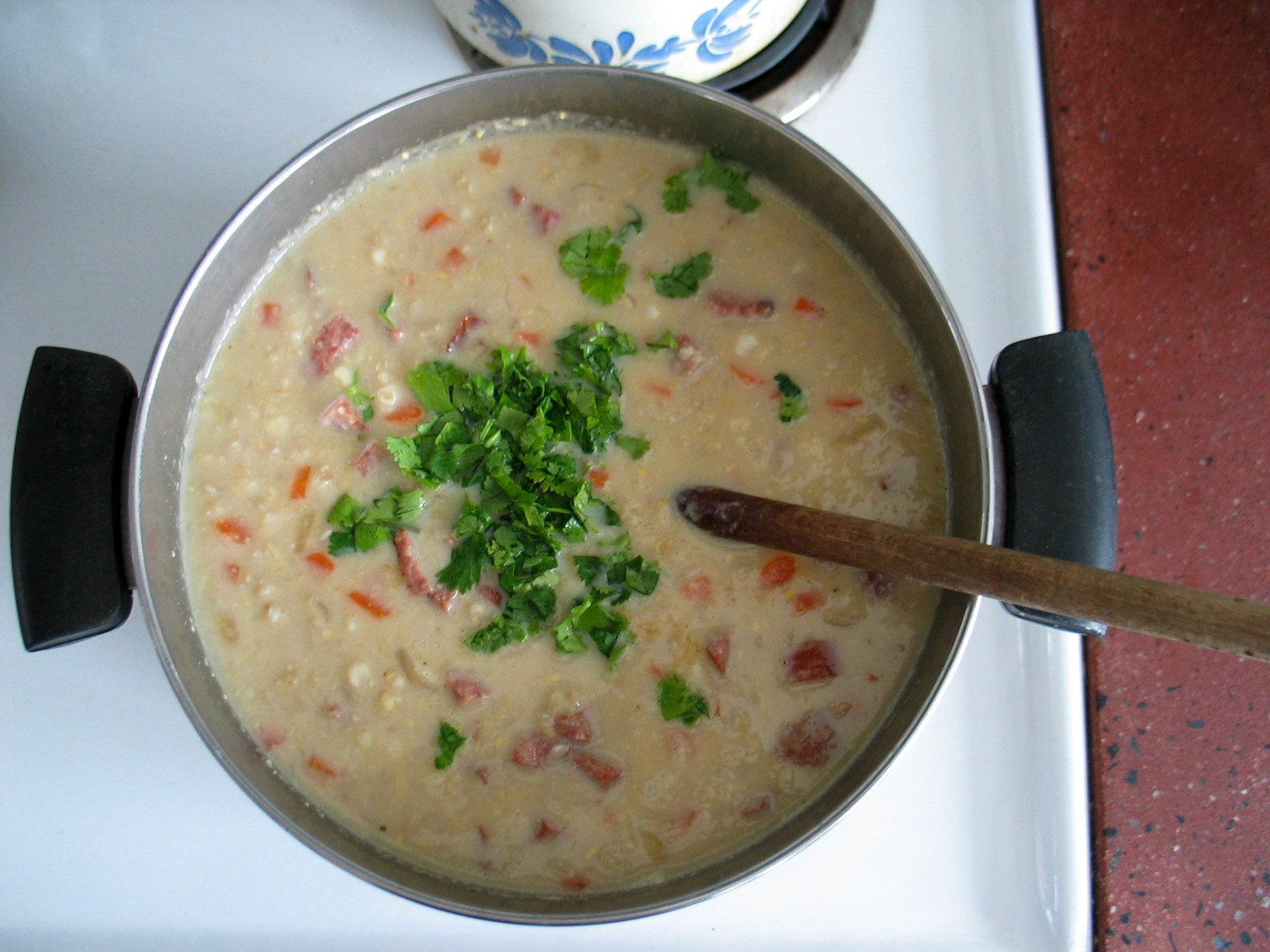 The recipe, like MAC, is generous—it makes a kettle full. Enjoy! 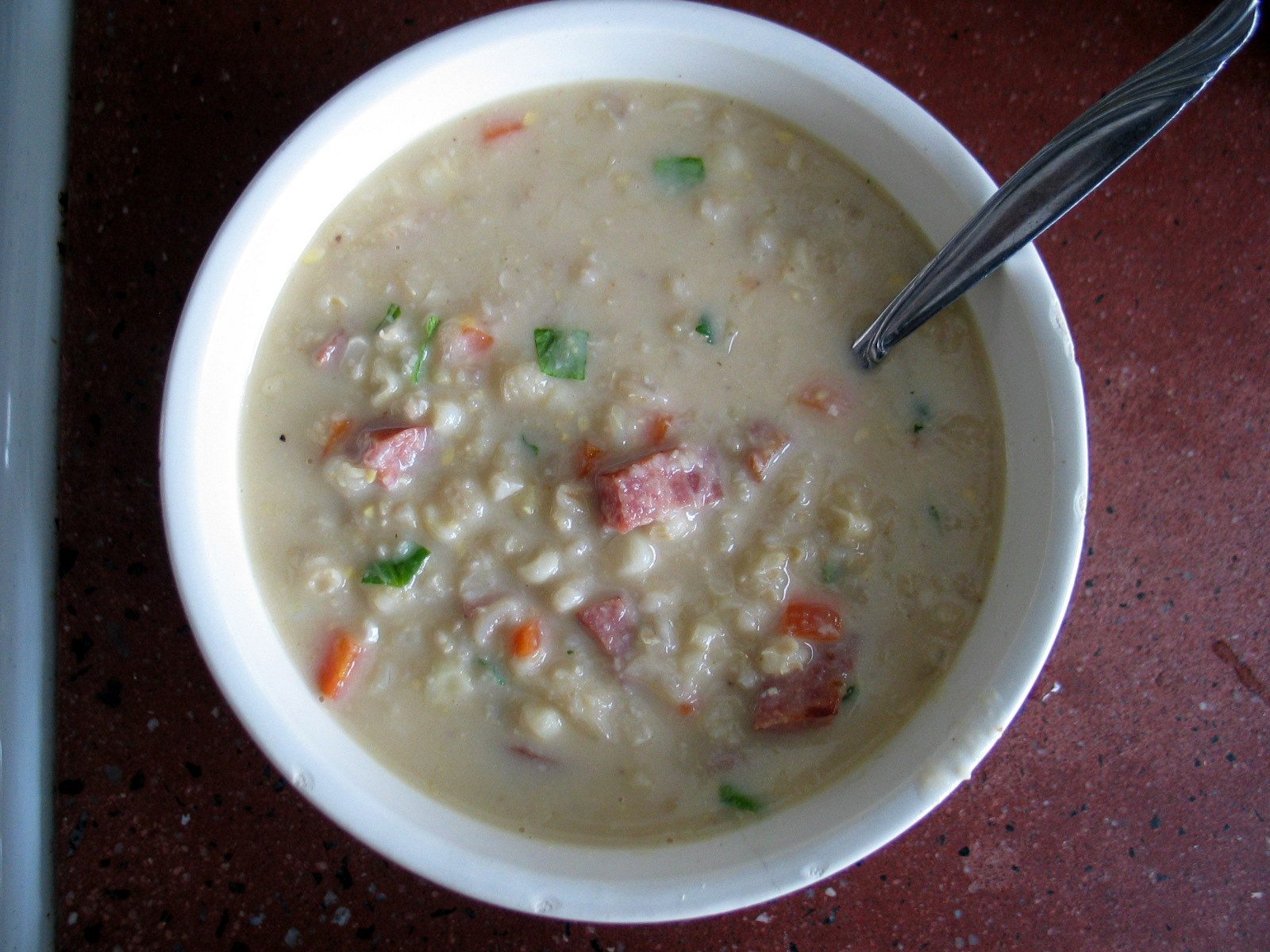 Corn and Wild Rice Soup with Smoked Sausage
Adapted from MAC’s recipe, and I think she got it from Epicurious

This last time around I made a few changes, most notably that I used barley instead of wild rice; while I prefer the wild rice for it’s texture and color, the barley was fine. I also added chipotle powder, cilantro, and smoked sea salt, none of which are necessary, but all of which are delicious.

Cook the wild rice (or barley) with one quart of the chicken broth: bring it to a boil and then reduce the heat and simmer, covered, for about 30-45 minutes until the rice is tender and the liquid is mostly absorbed.

While the rice is cooking, chop the sausage into smallish bits and saute in the oil on medium high heat. After about five minutes, add the onions and carrots and saute for another five minutes. Add one quart of chicken broth and simmer for about 15 minutes, or until the carrots are tender.

Put three cups of corn into a blender with the last quart of chicken broth. Whiz thoroughly.

Add the creamed corn, cooked rice (plus its cooking liquid), chipotle powder, salts, and black pepper to the sausage mixture and heat through. Turn the burner off and add the half-and-half. Stir in the fresh cilantro and taste to correct seasonings.

About one year ago: style, and my struggle with chocolate biscotti