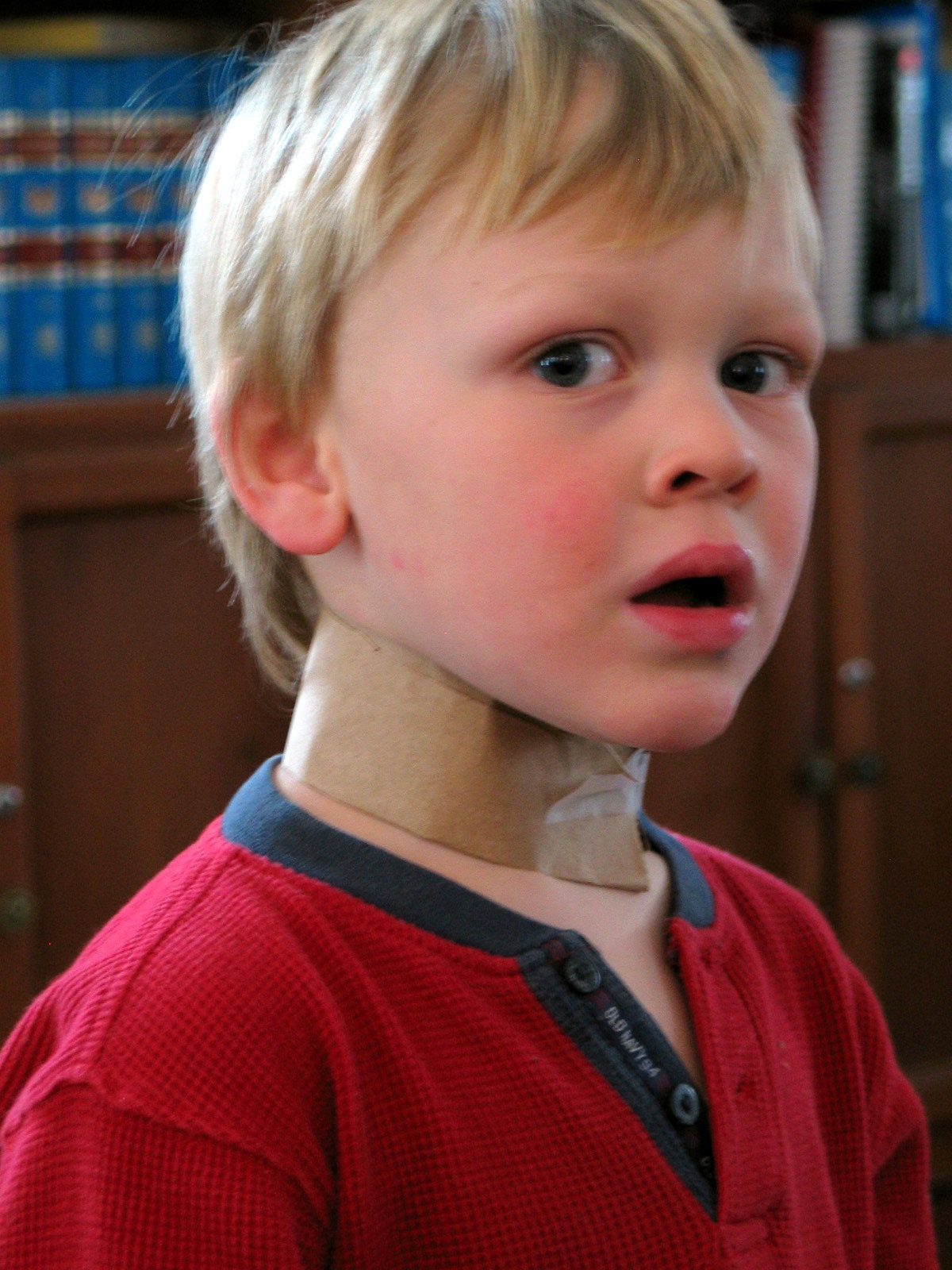 Odd End Number One: Neck Stretching
The Baby Nickel is trying to elongate his neck … using a bit of brown paper bag. (Mom, you might want to add this to your Uses-For-A-Brown-Bag list.) He thinks it’s sexy.

Actually, I have no idea why he was doing this and I don’t think he did either. 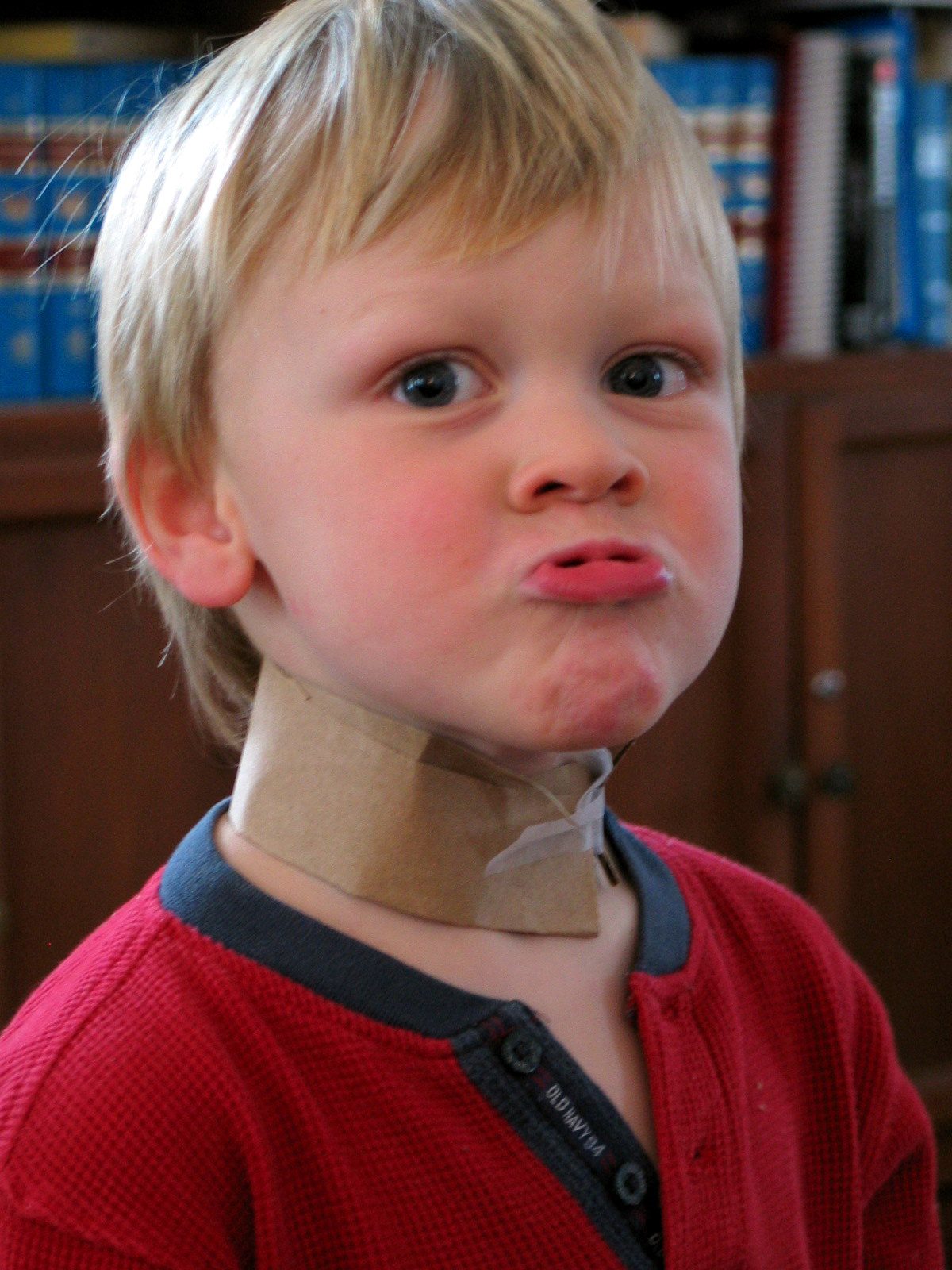 But I did think it was camera-worthy.

Odd End Number Three: The Basket Head
Miss Beccaboo has taken to sporting a basket on her head. 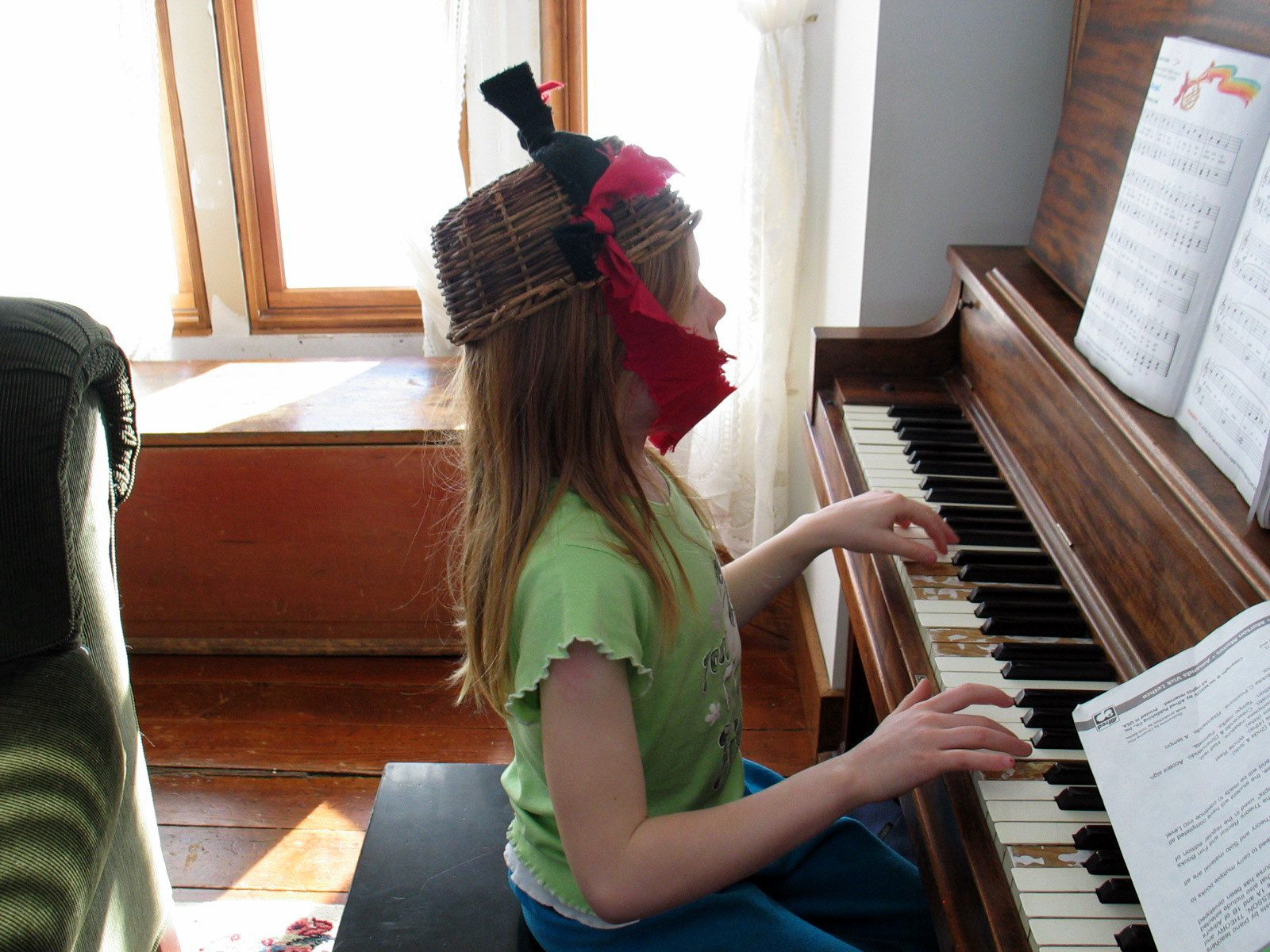 She’s sewn bits of cloth together and loops one end over the upside-down basket and the other end under her chin and then walks around, all lady-like, pretending she’s Eliza Doolittle. 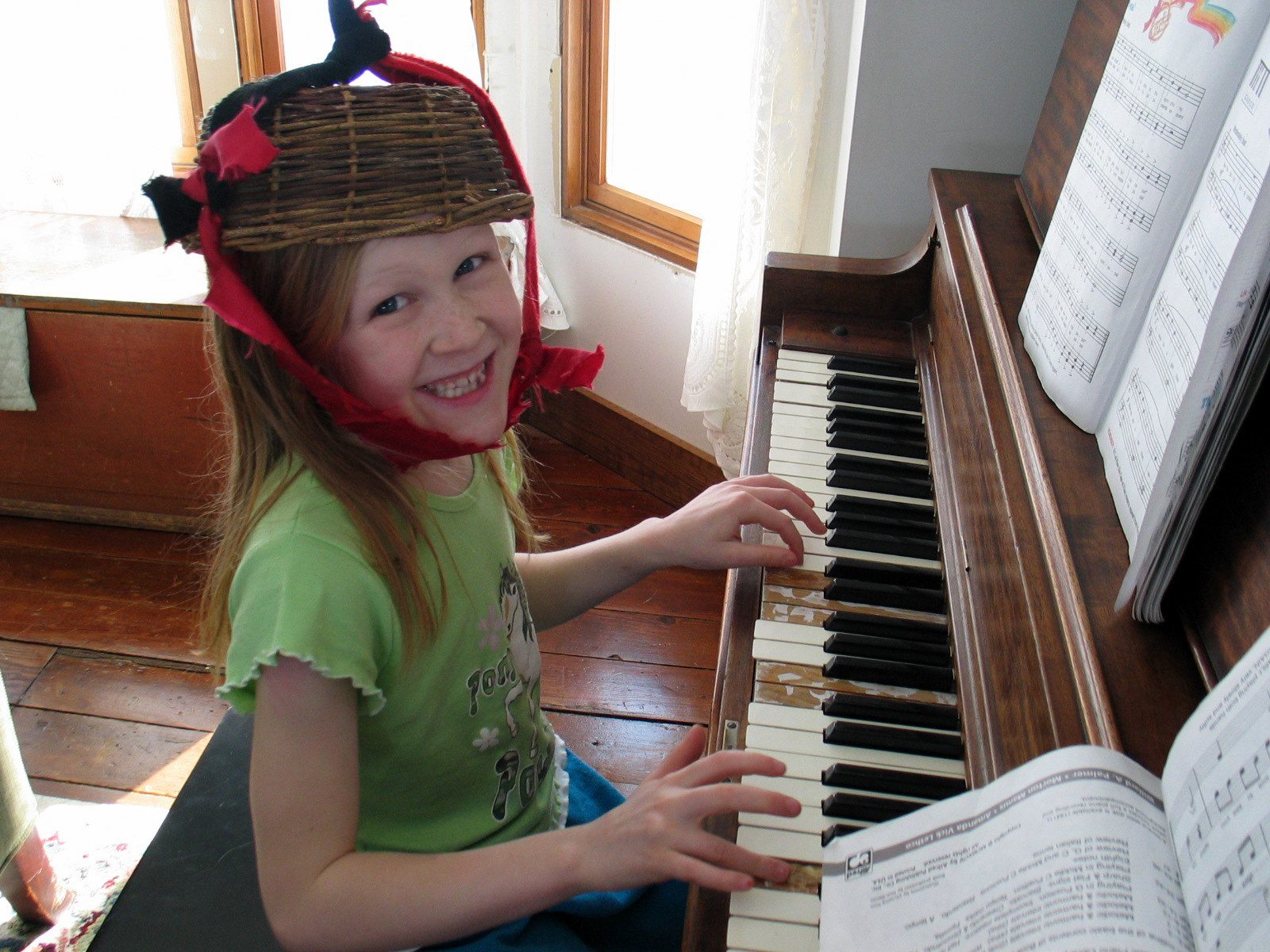 We’ve just finished watching that movie for the second time this winter. The language and fashion have become a part of our daily life. I’ve taken to calling my children “squashed cabbage leaves,” and any one of us might, at any given moment, start trilling about the rain in Spain.

Odd End Number Five: A Lightbulb Moment
Were you, like me, under the impression that Robert Frost wrote only pastoral poems about forked paths and stacked wood and stone fences? Well he didn’t. He wrote a poem about a boy who was cutting wood and sawed his hand off and died. Yep. I read it to the kids, did a double-take, snorted, and then read it again.

The last line in the poem is “And they, since they were not the one dead, turned to their affairs.” We discussed the poem (Yo-Yo views poems as long, complicated riddles and often comes up with some pretty haywire interpretations), and I gave a little speech about how our lives aren’t really that important and that when someone dies life goes on because there isn’t any other option (there’s probably a name for mothers like me). And it was at that moment that Yo-Yo burst into song, “There’ll be crumpets and tea without you! Art and music will thrive without you!”

Eliza Doolittle and Robert Frost, each in their own way, hit upon a universal theme, and my kid made the connection. Bingo.

Odd End Number Seven: J.K. Rowling
Mom emailed me the link for the speech that J.K. Rowling gave at the 2008 Harvard Commencement. I was quite impressed. Not only is Rowling a good writer (can I hear an amen?), she’s a fantastic sermon (or speech—is there a difference?) deliverer. I love the British accent, and the points she makes are right on.

As a side note, did you know that she is the 1062 richest person in the world, as well as the only person to become a billionaire from writing books? 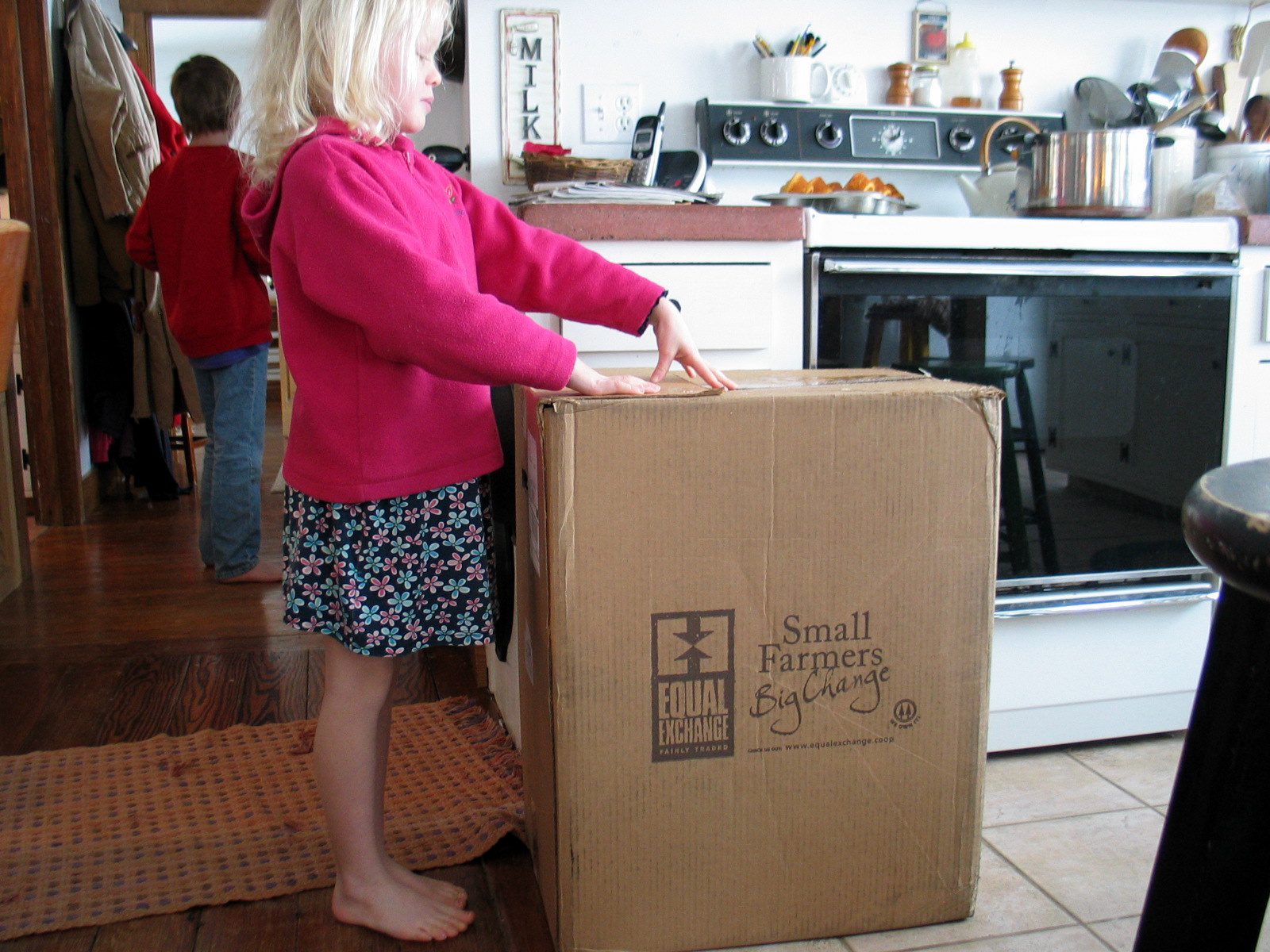 Coffee was on the things-that-are-acceptable-to-buy list, if you will remember, and truth be told, that box held orders for more than my household—I just ordered so much that we got to use the box to lug mine home in.

I also just received an order from Mountain Rose Herbs. These items are completely taboo, but I made this order before we went on the spending freeze and the person I was ordering through didn’t get around to placing the order till much later. Honest. 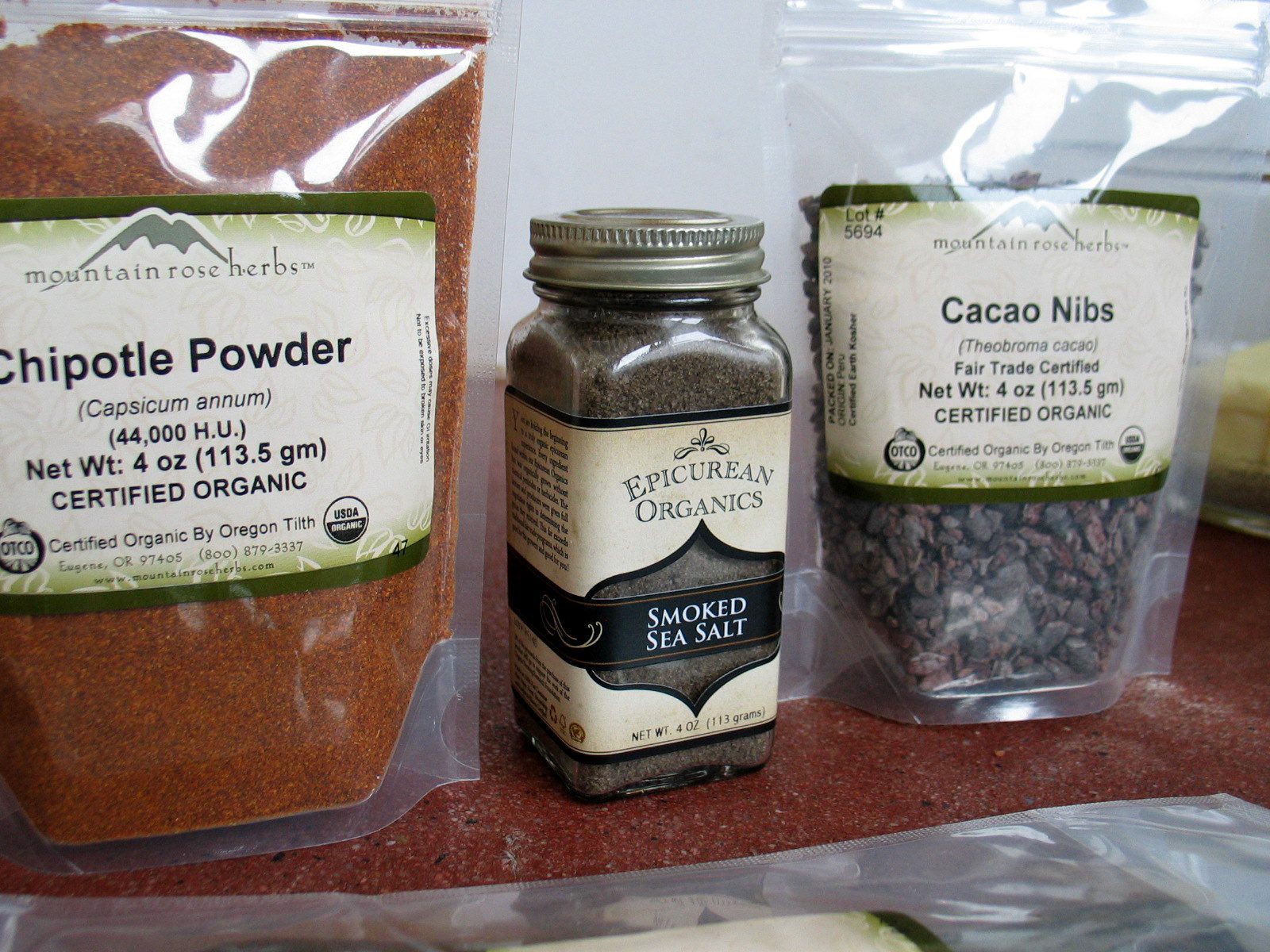 I am so excited about my new food toys. The chipotle powder is hot hot HOT and quite delicious (I just may chuck my box of very stale cayenne that I’ve been using for the last decade), the cocoa nibs are excitement waiting to happen, and the salt is smokey and salty, the perfect compliment to meaty soups like this one. 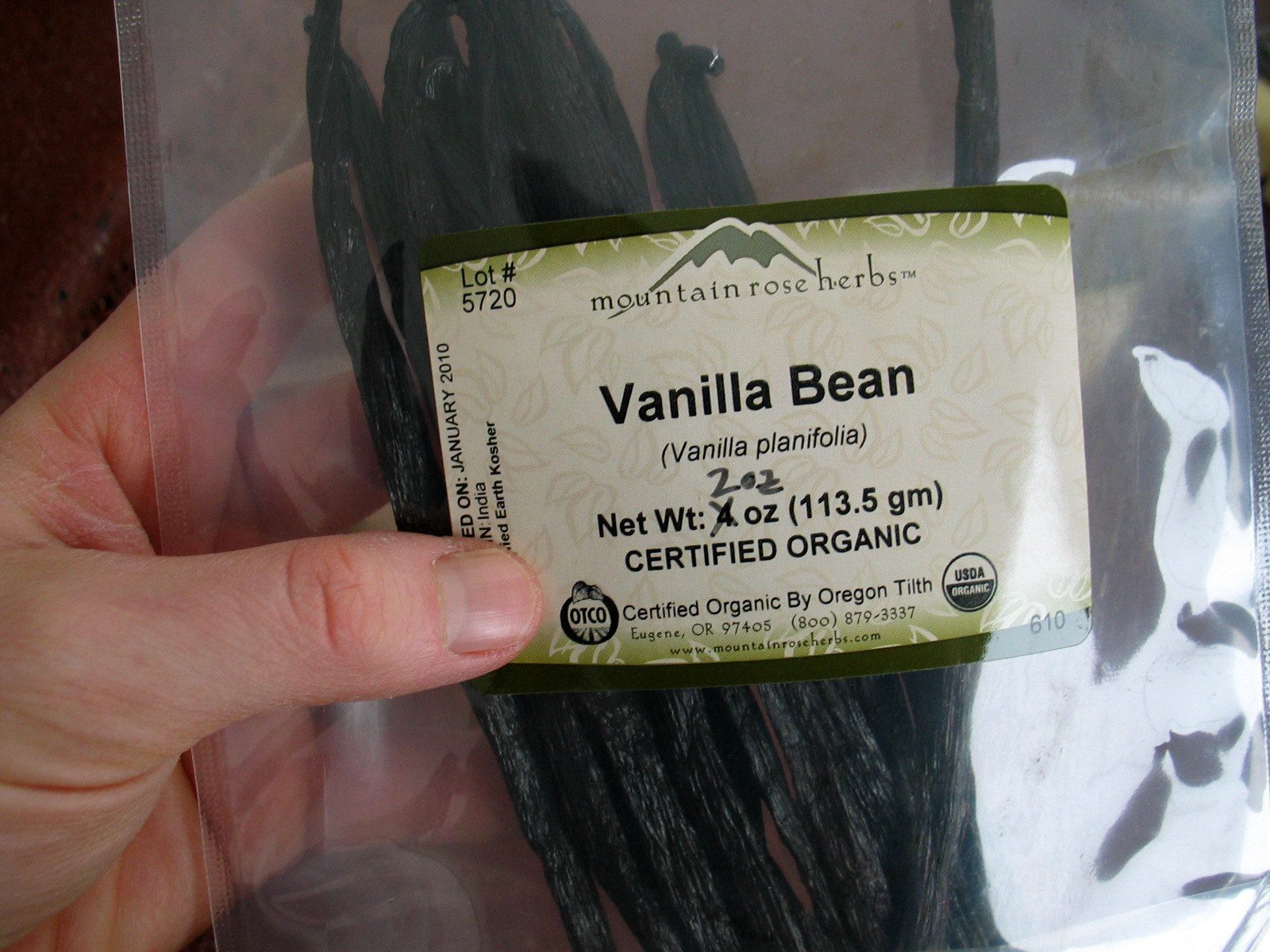 As for the vanilla beans? They made me happier than happy. If I were Jewish, I would wear the beans as phylacteries, but since I’m not, I won’t. These black, glossy beans are soft and plumb and oh-so-squishable; I want to chew them, but they really don’t taste too good plain. So I did the next best thing, I cut several of them open and stuffed them in jars and topped off the jars with liquor, one jar with rum and the other with vodka. In two months I’ll have my very own extract. I’m so excited! I can hardly stand it! And I still have about ten beans left over—my joy overflows.

Odd End Number Eleven: The Gospel of Luke
For the first time this year, our church planned an evening when people could gather to read the gospel of Luke. When I spied the announcement in the bulletin, I immediately wrote it down on my calendar. It would be the perfect opportunity for Yo-Yo and Miss Beccaboo, I thought. They could sit in the presence of the adults and listen quietly as the stories washed over them. Free Bible education was how I saw it.

So come Thursday evening, we all got showers and ate supper, and the kids grabbed their sleeping bags. I also brought along some Bibles and notepads and pencils, just in case they wanted to doodle while they listened.

At the house (our church owns a house next door—we use it for Sunday school classes and an occasional homeless shelter and numerous other things), the kids fixed themselves some hot chocolate and then curled up in their sleeping bags on the floor. Yo-Yo fell asleep around the time that Jesus healed a centurion’s servant, and Miss Beccaboo drifted off in the middle of some parables. It was nearly ten o’clock by the time we finished reading the whole gospel, and I had to wrestle them awake and out to the car.

They wondered later what the point was, since they fell asleep, and I explained that the Bible stories infiltrated their minds while they were sleeping and so that now they fully comprehend Luke, even though they don’t know it yet.

I believe they rolled their eyes at me.

But seriously, what could be better than being lulled to sleep by the drone of voices recounting the age-old stories? Reading the Bible for two-and-a-half hours sounds so ordinary, so boring and dull, but yet it felt like a precious gift, a gift to both my children and myself.

Odd End Number Thirteen: Snow
I’m sick of it, but as Mr. Handsome so rudely points out to me, there is no point complaining about it. So I won’t. 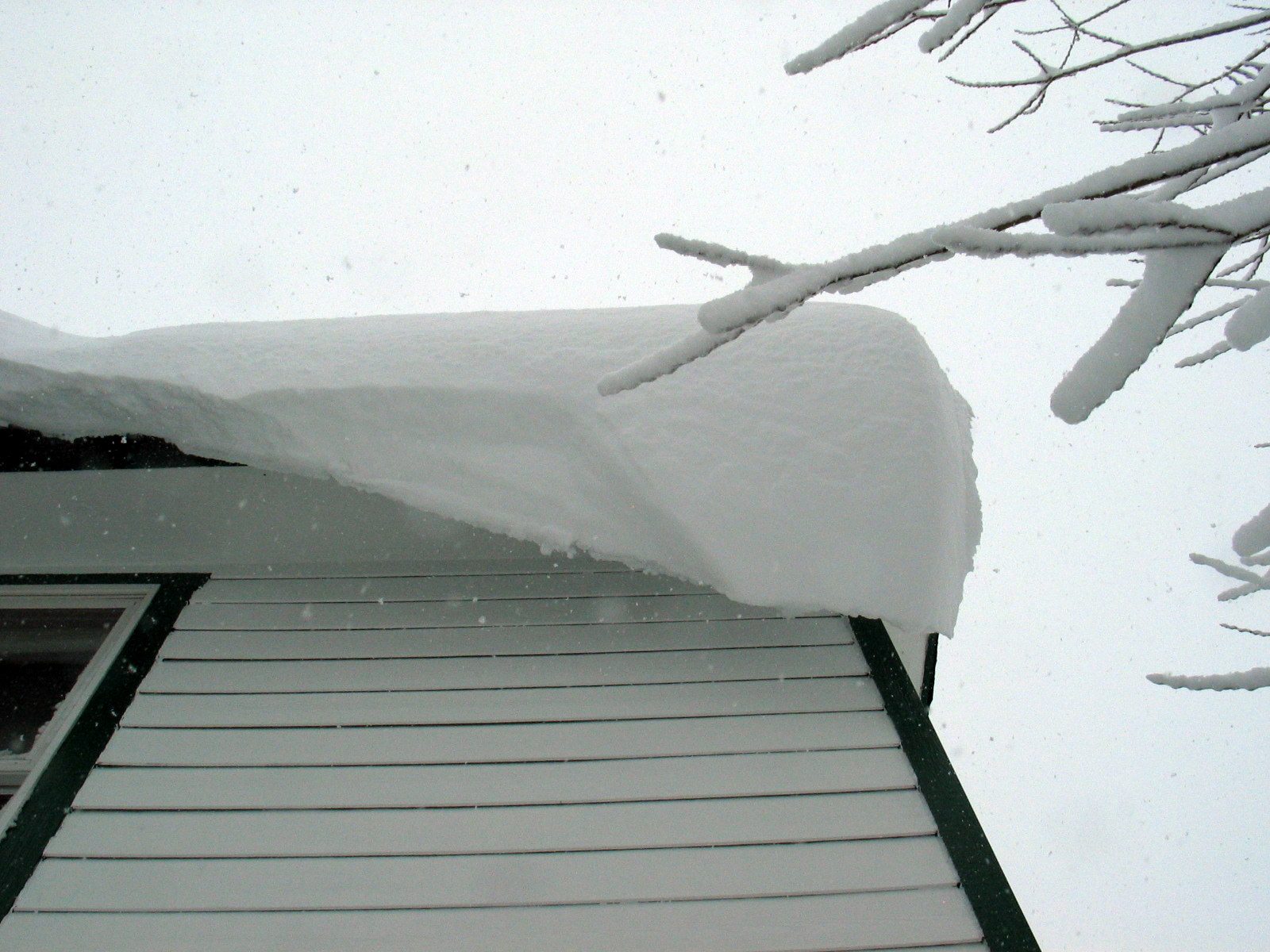 But I will say this: I miss seeing the ground. A glimpse of brown dirt would be so refreshing. The whitened landscape is making me lose my mind. Proof? Picking potato bugs sounds romantic. Smacking the dirt with a hoe sounds energizing. I told you—I’m losing it. 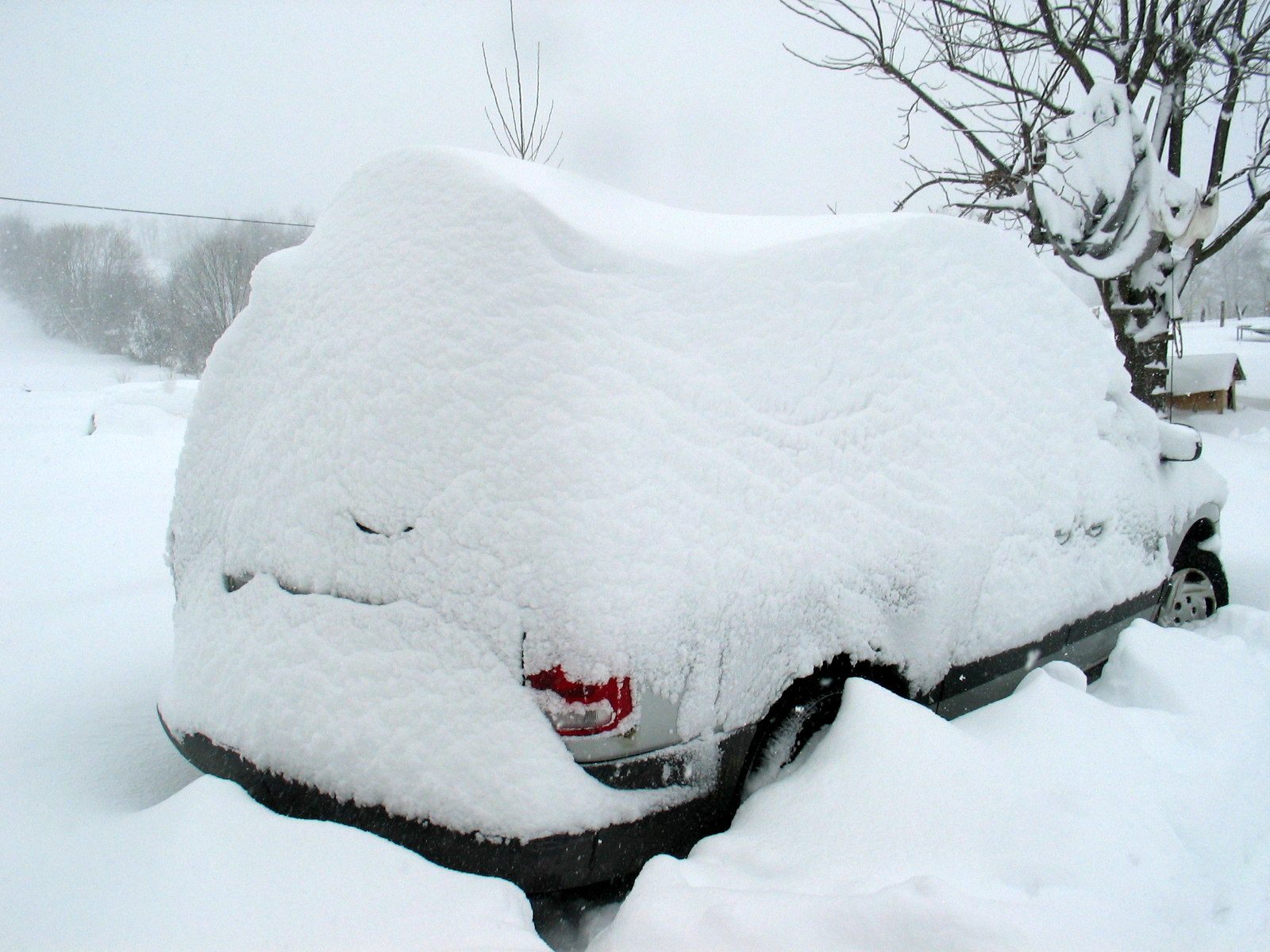 In the meantime, I bundle up and shovel snow. 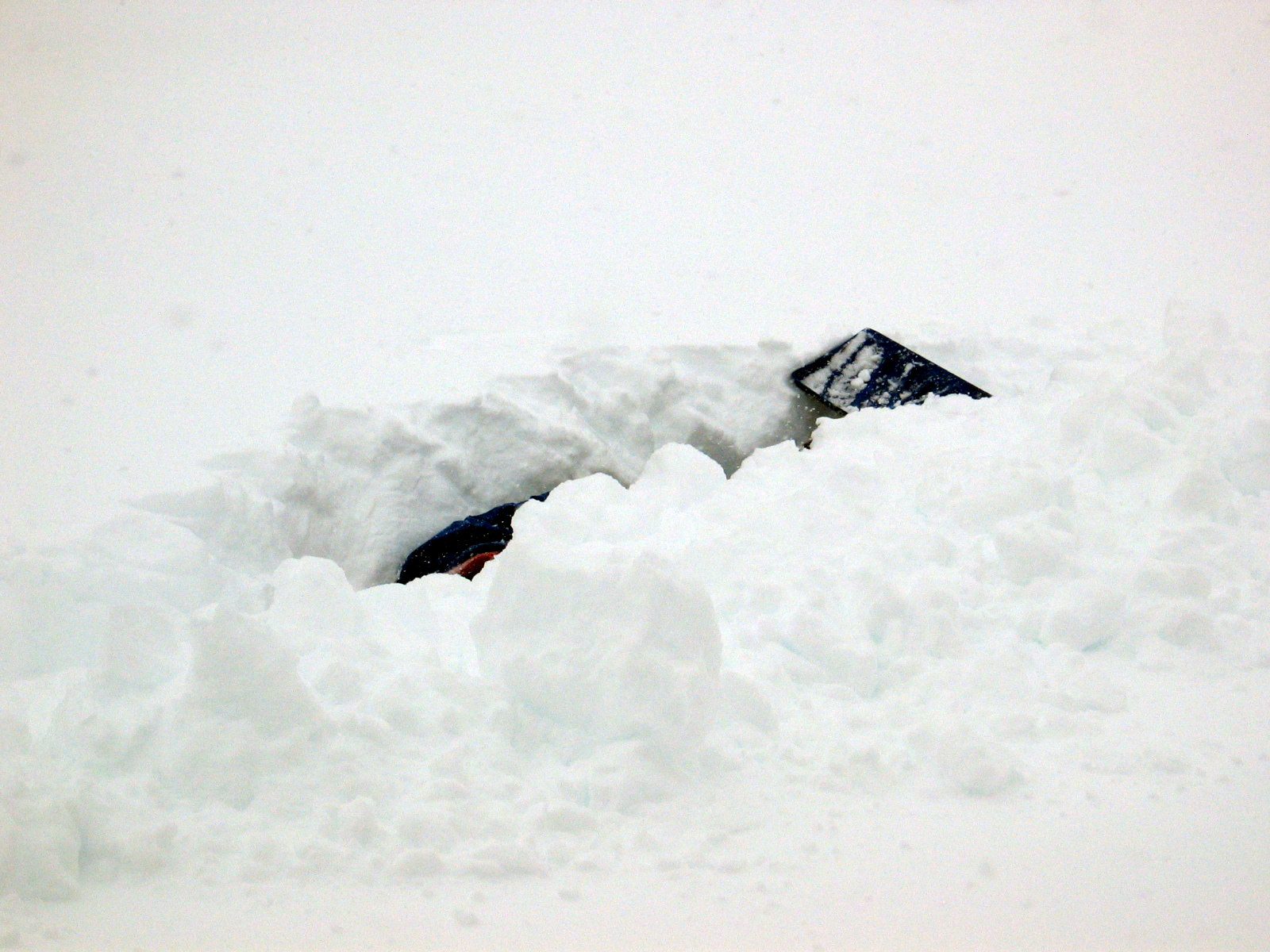 While shoveling, I rest a lot. 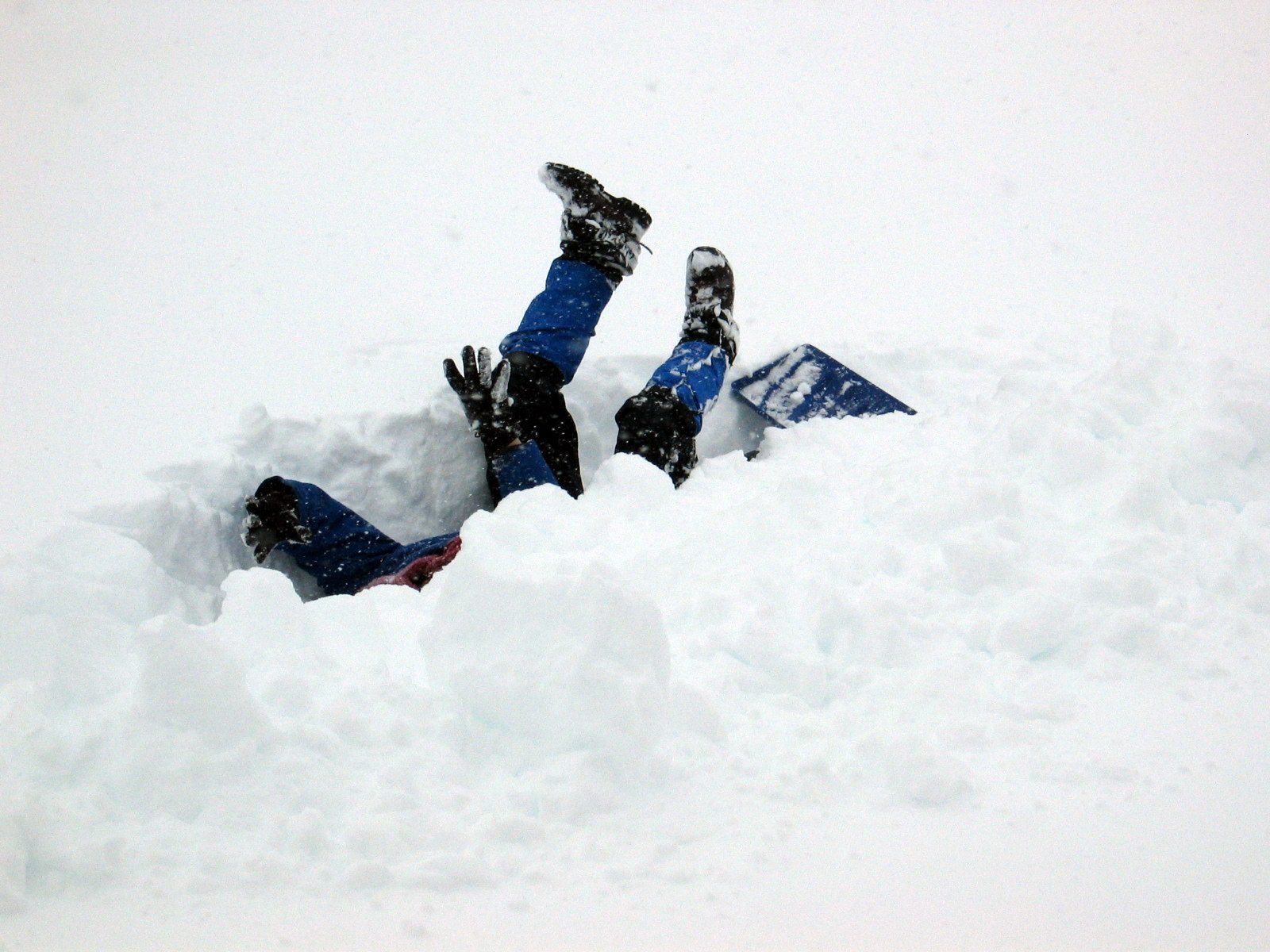 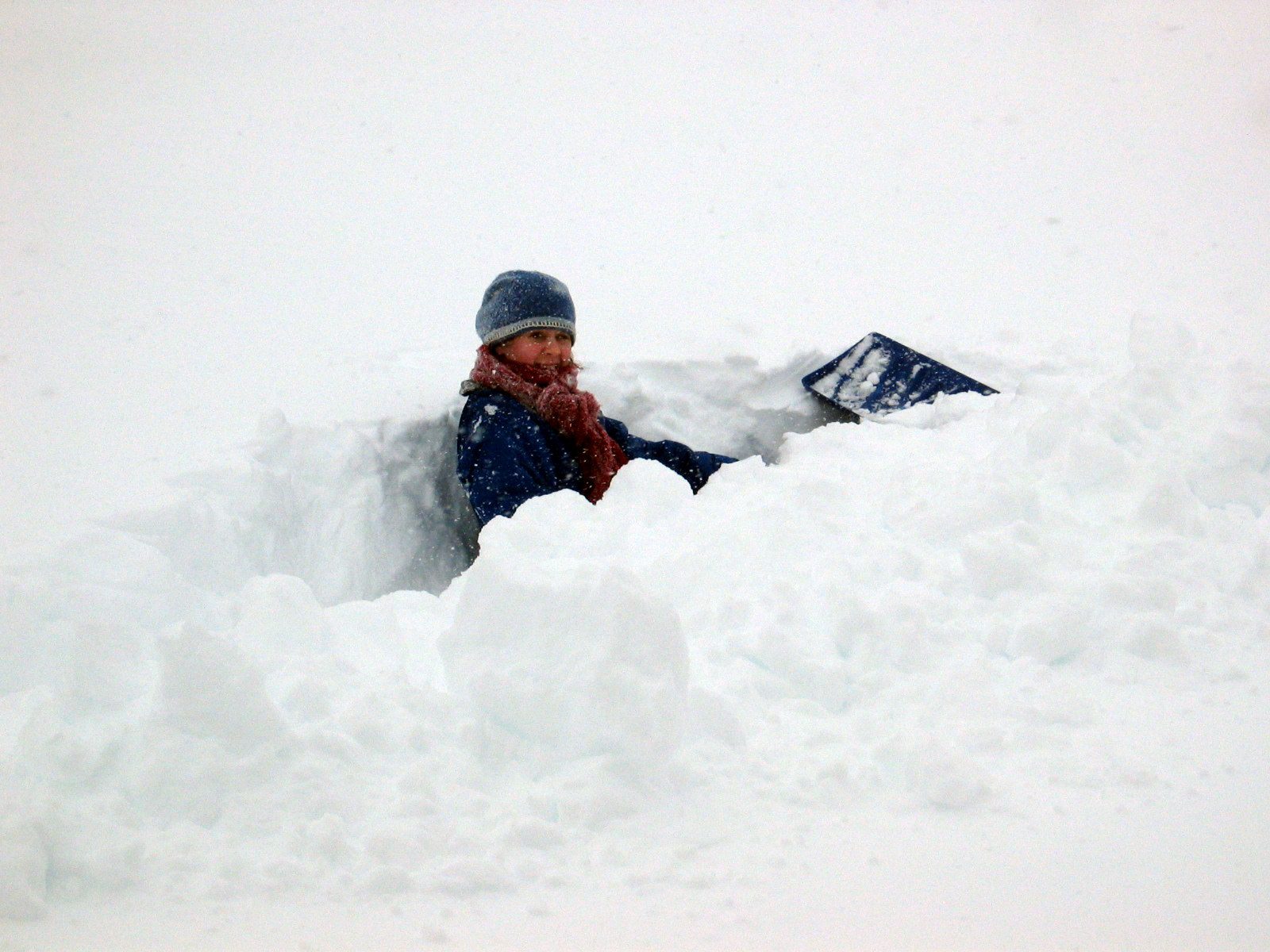 I can see how people might just lay down in the snow and die. I thought about it. 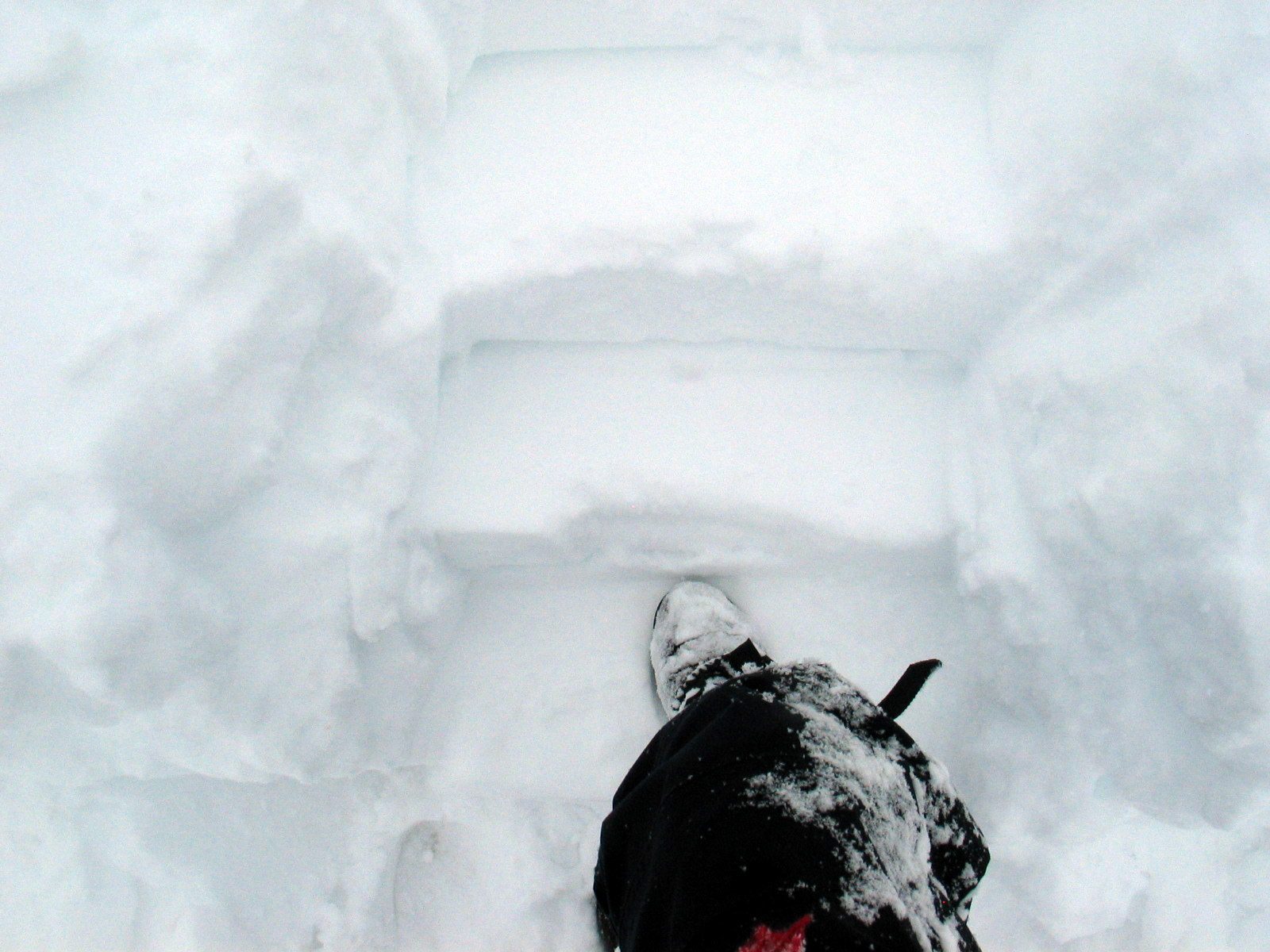 But then I got back up and carved some out some stairs. Shoveling snow is so boring.

The kids have done a fair bit of sledding. 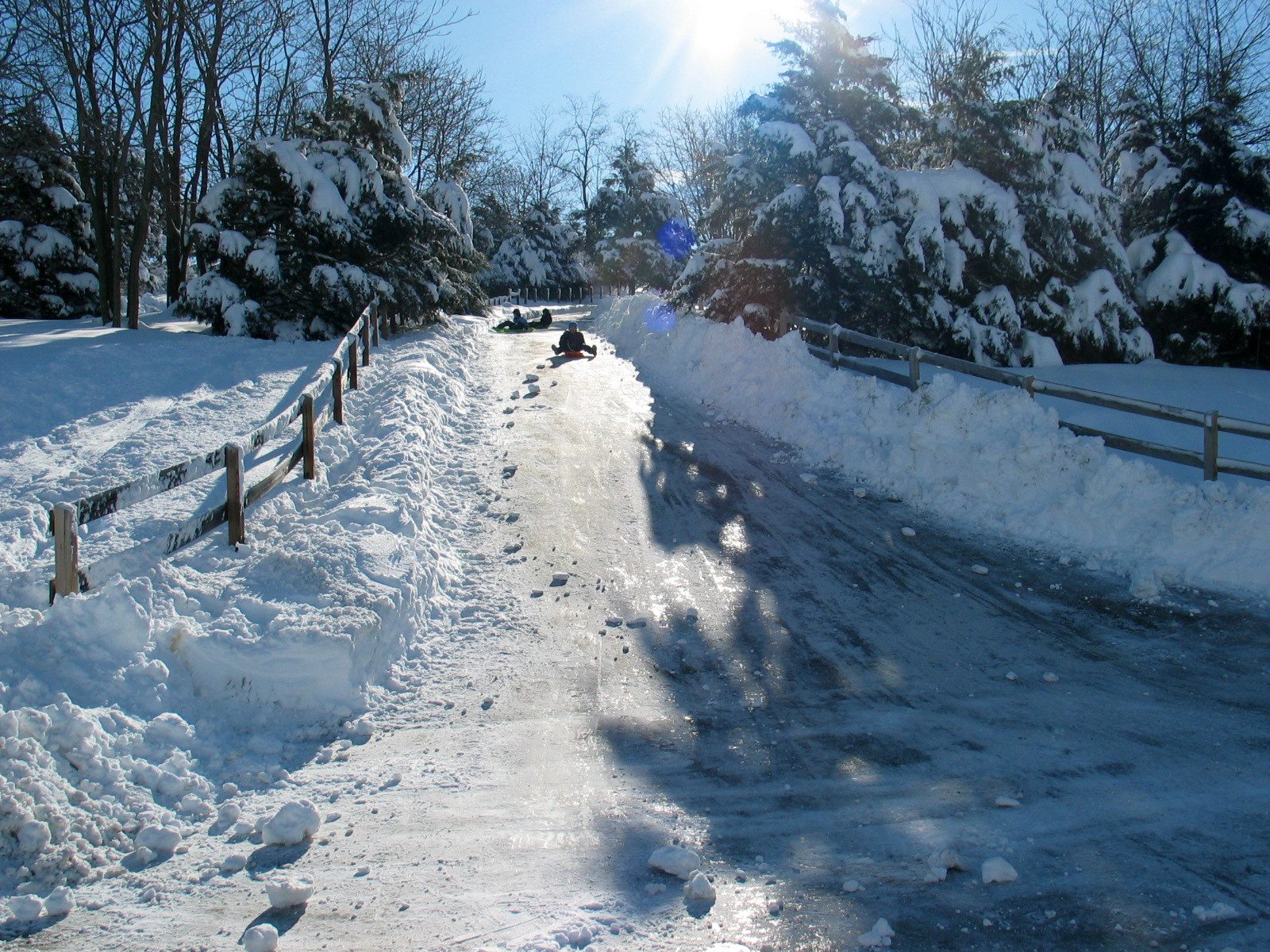 They come flying down the neighbor’s icy drive and thwack-thwack-thwack into the snowbank on the opposite side of the road. 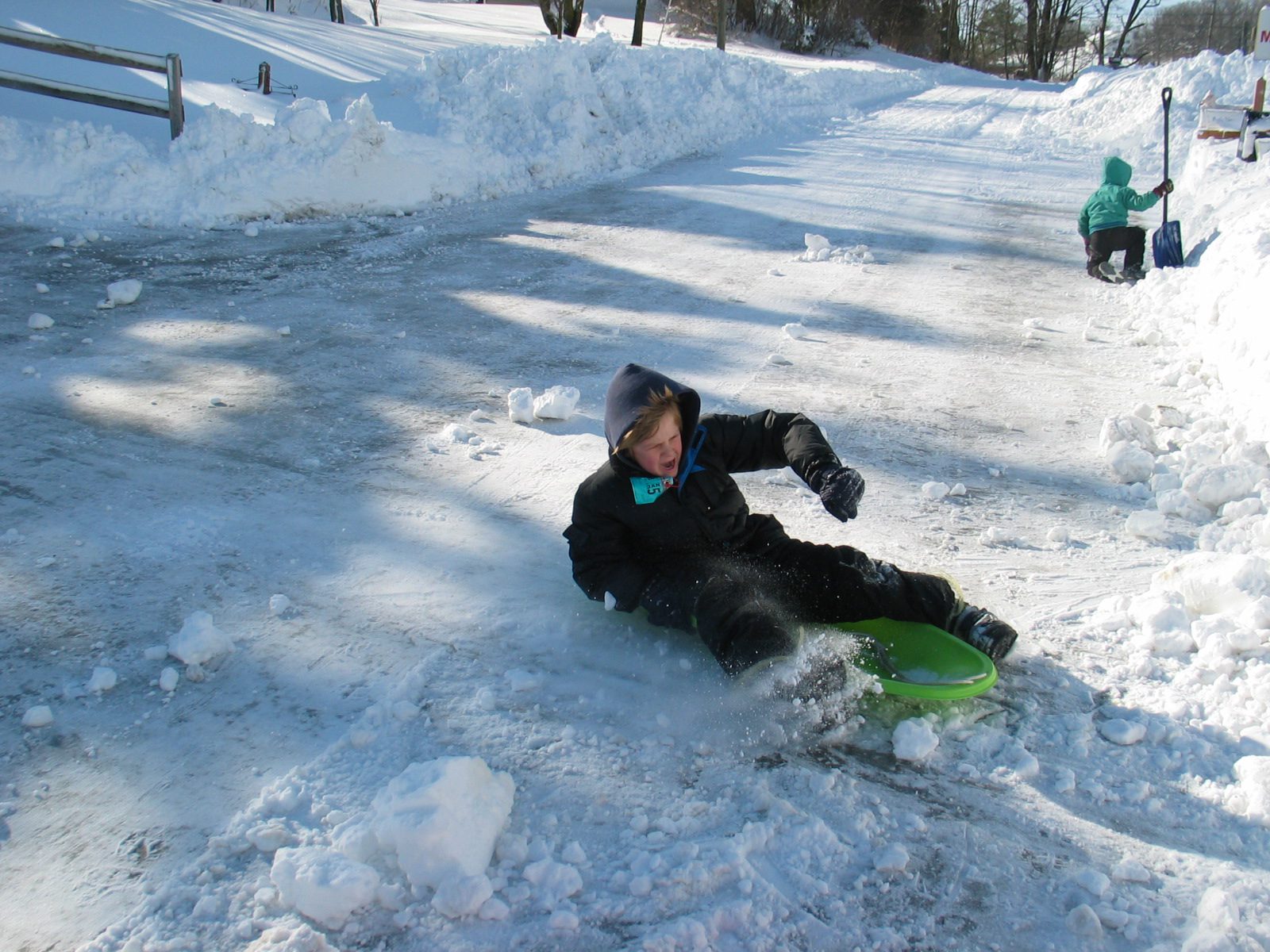 Once Yo-Yo went up the bank and flipped over the fence into the cow pasture. I wish I’d been there to see it. 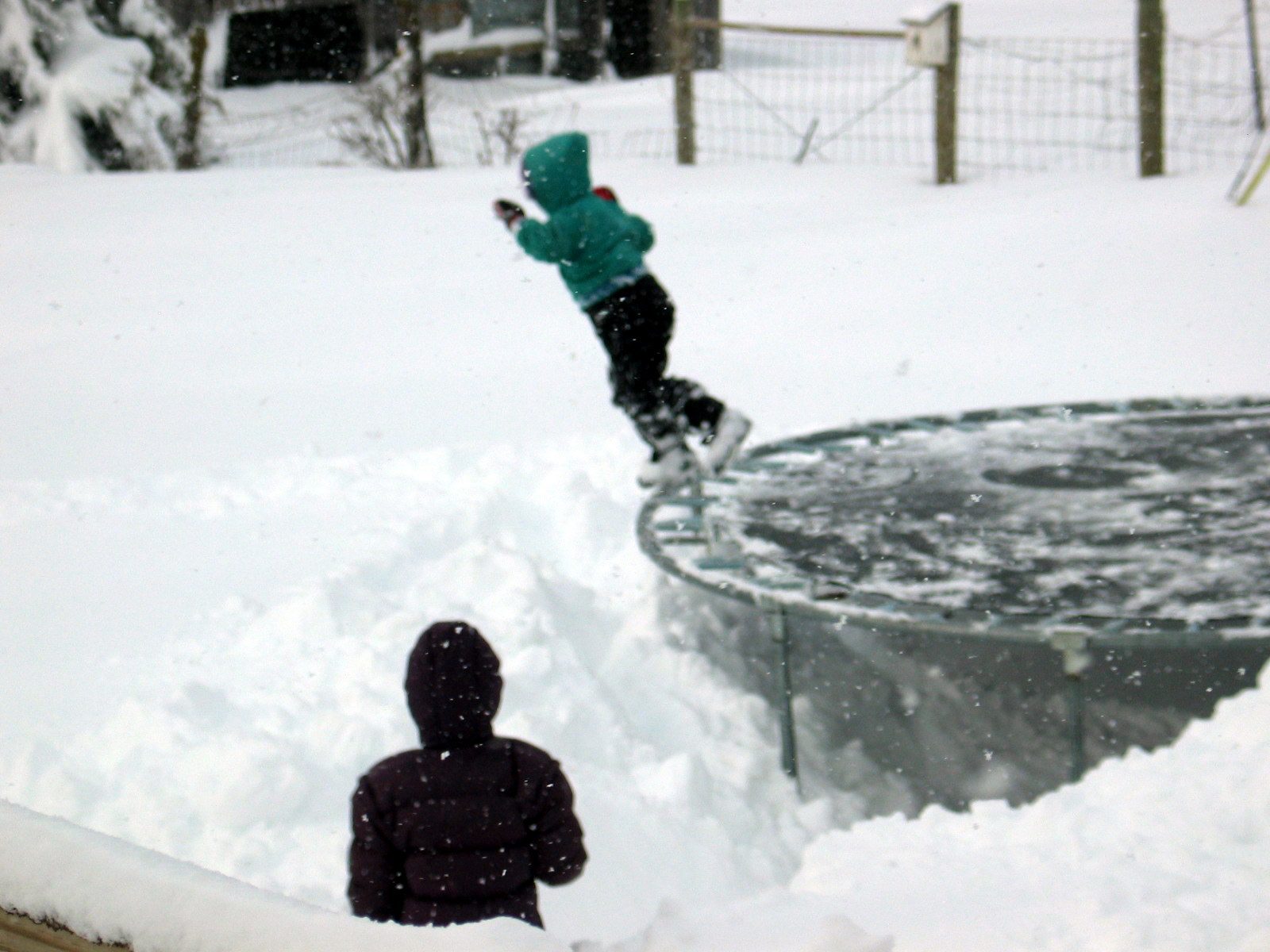 The kids have also taken to jumping out of windows and off of things. 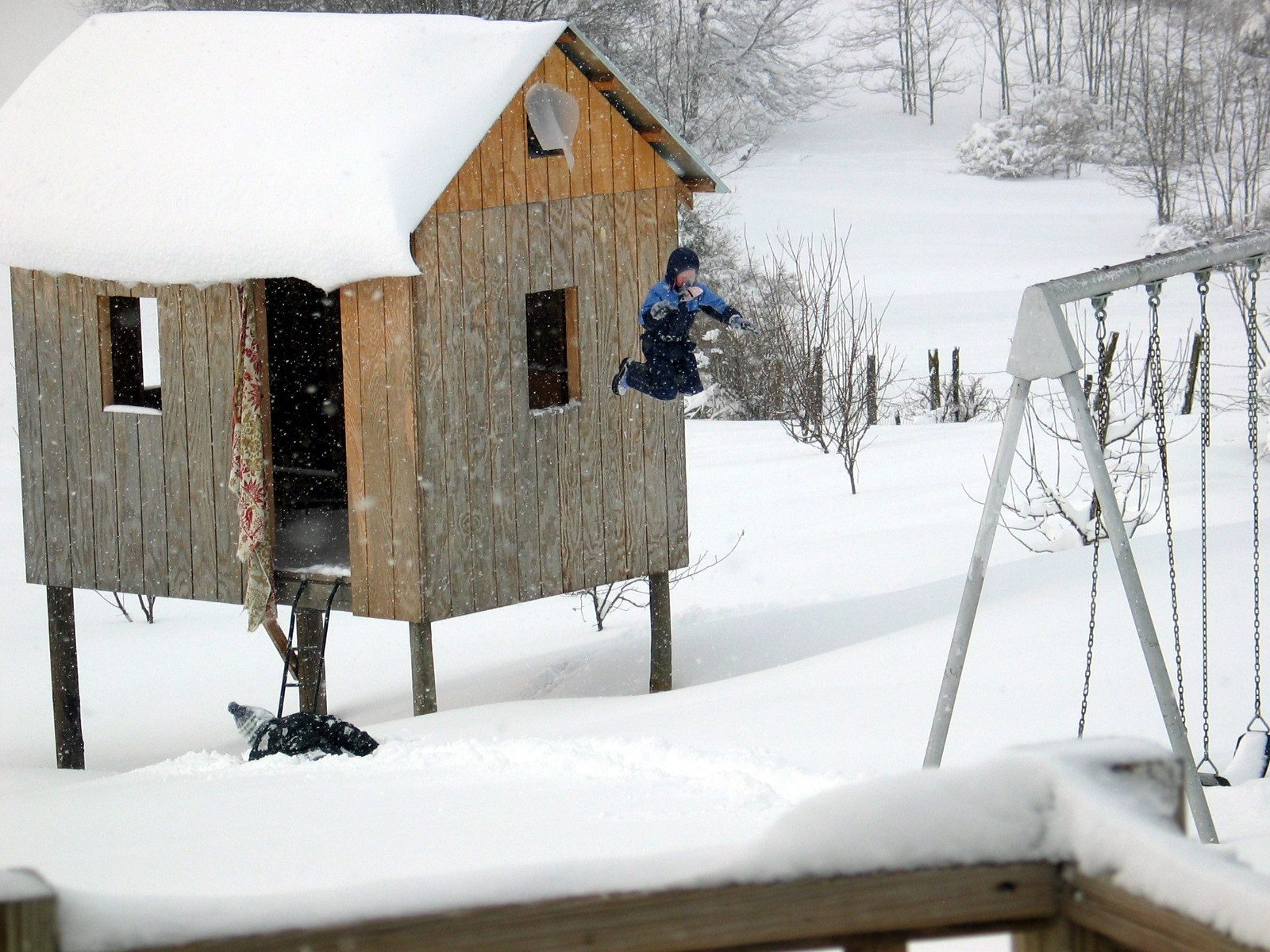 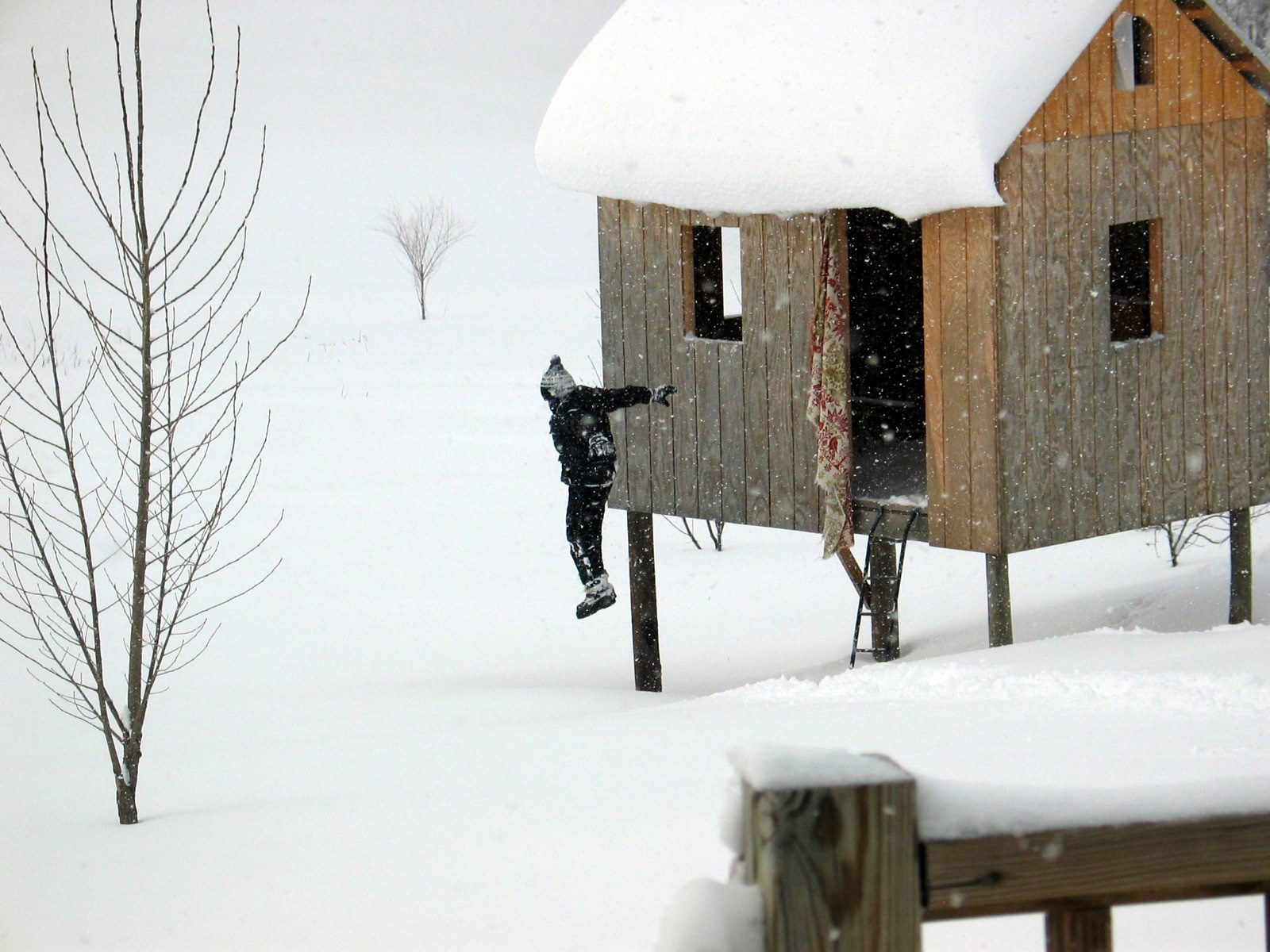 This jumping-out-of-windows-into-snow is an actual gene (Gene 296) that gets passed from parent to child. I know this because while in college, Mr. Handsome got a bunch of the guys on his third-floor dorm to jump out their windows into the deep snow. He said his roommate went first and then everyone started leaving the building via the windows. He had to do community service as punishment (though he somehow weaseled out of most of it).

About one year ago: Tortilla Pie.