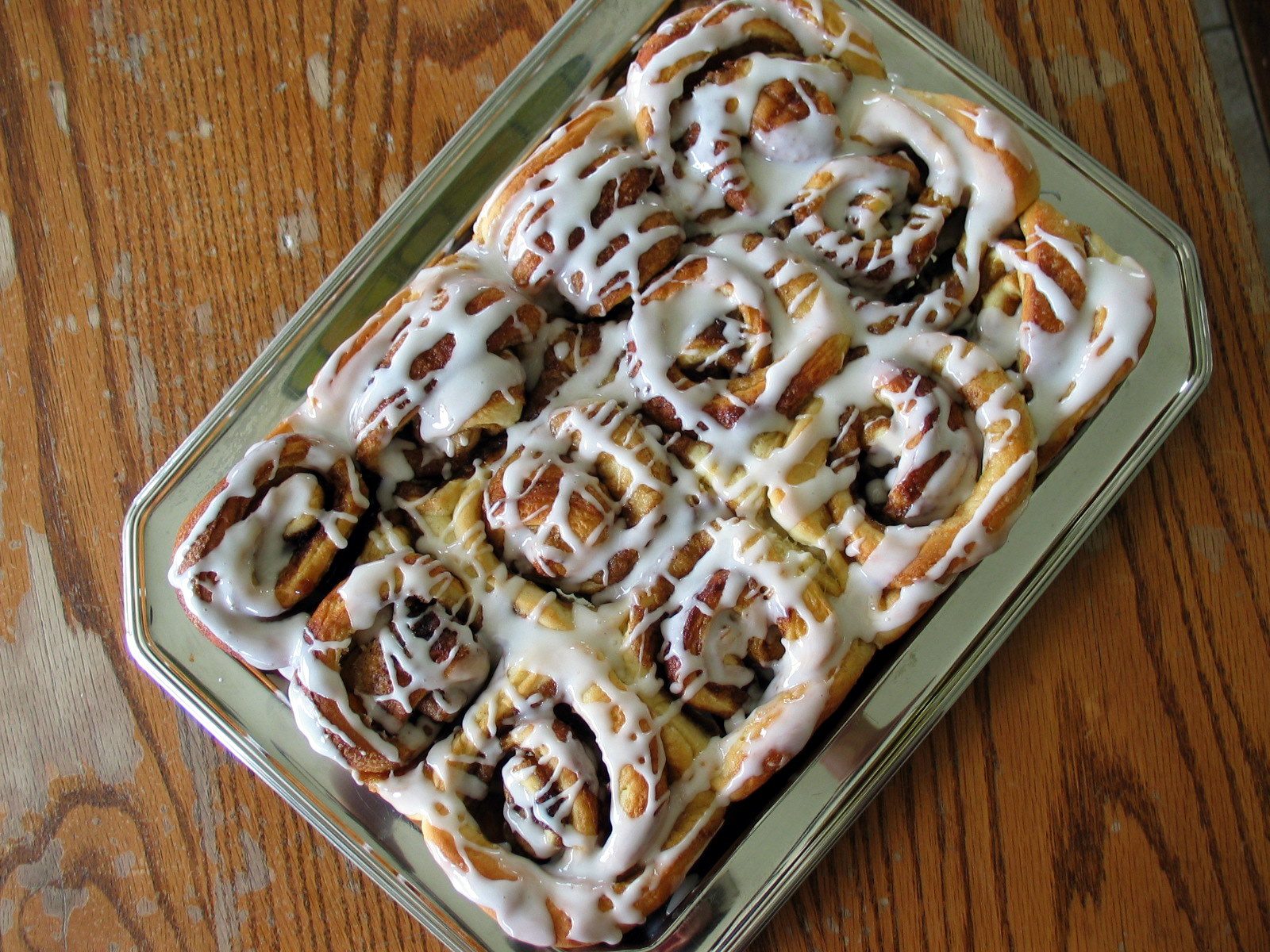 I’m a firm believer in the old-fashioned thank-you note, handwritten and mailed with a stamp.

My brother didn’t use to believe that he should have to thank people. He felt like it was an unnecessary action, a stupid one. He thought that if he did something nice for someone, or they for him, then they both knew it and there was no need to talk about it. The extra words were superficial hoopla to him, empty fillers like “how are you?” —a phrase that neither of my parents ever employ. But my parents told my brother that he needed to verbalize his thanks because it was important for other people to feel appreciated. What it boiled down to, my mother said, is never to scrimp on being nice even if it sometimes seems stupid or frivolous.

Of course, the flip-side to all this thanking is that you act so polite that your niceties ring hollow. Which reminds me of the I’m Sorry Phase I went through in middle (high?) school: every night before going to bed I apologized to everyone in the family for any way in which I might’ve wronged them that day. I didn’t necessarily have a particular incident in mind when I said I was sorry (though there were no shortage of mean acts on my part); it’s just that my mother had drilled into my head the scripture Do not let the sun go down on your anger, and I took it to heart. My little neurotic obsession didn’t last too terribly long, and nowadays I could probably do with more frequent bouts of humility.

Not all thank-you notes are of the same caliber. To my way of thinking, there are four kinds of thank-yous. Here they are, in order from most common to least common.

1. The obligatory thank-you note for birthday, wedding, and graduation gifts. Often these gifts were given without too much forethought (hello, gift registries), so it stands to reason that the subsequent thank-you notes end up sounding a bit rote. These can be a chore to write, but that doesn’t mean they’re not worthwhile.

2. Thank-you notes that aren’t prescribed but aren’t unexpected, either. In these cases, the person, upon receiving the note, is mildly surprised, but then switches easily into thinking, “Well, yeah. Of course they’d write me a thank you for that [meal I delivered after the baby was born/the weekend they spent at our house over Christmas/etc].”

3. Thank-you notes from children. Although almost always forced, these notes carry tremendous weight for two reasons: one, they are so dang cute, and two, you know all the work that the parent went through to get the kid to write the card, and as a result you’re thrilled that there are people in the world who think it’s important to teach gratefulness and who are willing to spend time with their kids doing so. In fact, upon receiving a thank you from a child, you feel so touched that you almost write a note to the parent to thank them for making their kid write a thank you note to you.

4. The best thank-you of all: when someone is just doing their job but they do it so thoughtfully and intentionally and well that you just have to say something. In these cases, writing the notes is wonderfully fun, a delightful act stemming from sincere gratefulness. In fact, I’d go one step further and say that these notes are much more fun to give than to receive (though I think receiving them is probably pretty grand, too).

I rarely do thank-you notes of the last variety, but when I do, I get such a buzz that I don’t easily forget them. The last person who inspired a Number Four Thank-You was my pharmacist. Yep, a pharmacist. My pharmacist is not just any old pharmacist. He is Completely Amazing. Take into account the following:

*He knows our names.
*He makes sure I get my coupons and double coupons and that I don’t forget to use them.
*He warns me when medicines are extra expensive and when they won’t be covered by insurance…
*…and then he goes and looks up why they aren’t covered by the insurance and what brands are covered and then fills me in on all those little details, without me ever even asking.
*He cheerfully answers questions about serotonin levels and weight gain, sleep problems and allergy meds, and stimulant overdoses (not the coffee-induced ones).
*When a certain medicine doesn’t come on time, he calls to let me know. He wants to save us the trip, he says.
*Once when I tried to fill a prescription for a sick Baby Nickel and it turned out that Nickel hadn’t been entered into the computer system yet and I didn’t have his insurance card with me, my pharmacist told me to just go ahead and take the medicine anyway (I did not suggest this)! He didn’t let me pay, either. He just told me to stop by with the card the next time I was in town and then waved me away. As I pulled out of the parking lot, I thought to myself, Well, I NEVER! I’m not sure, but I think I may have gotten a little teary-eyed over that one. 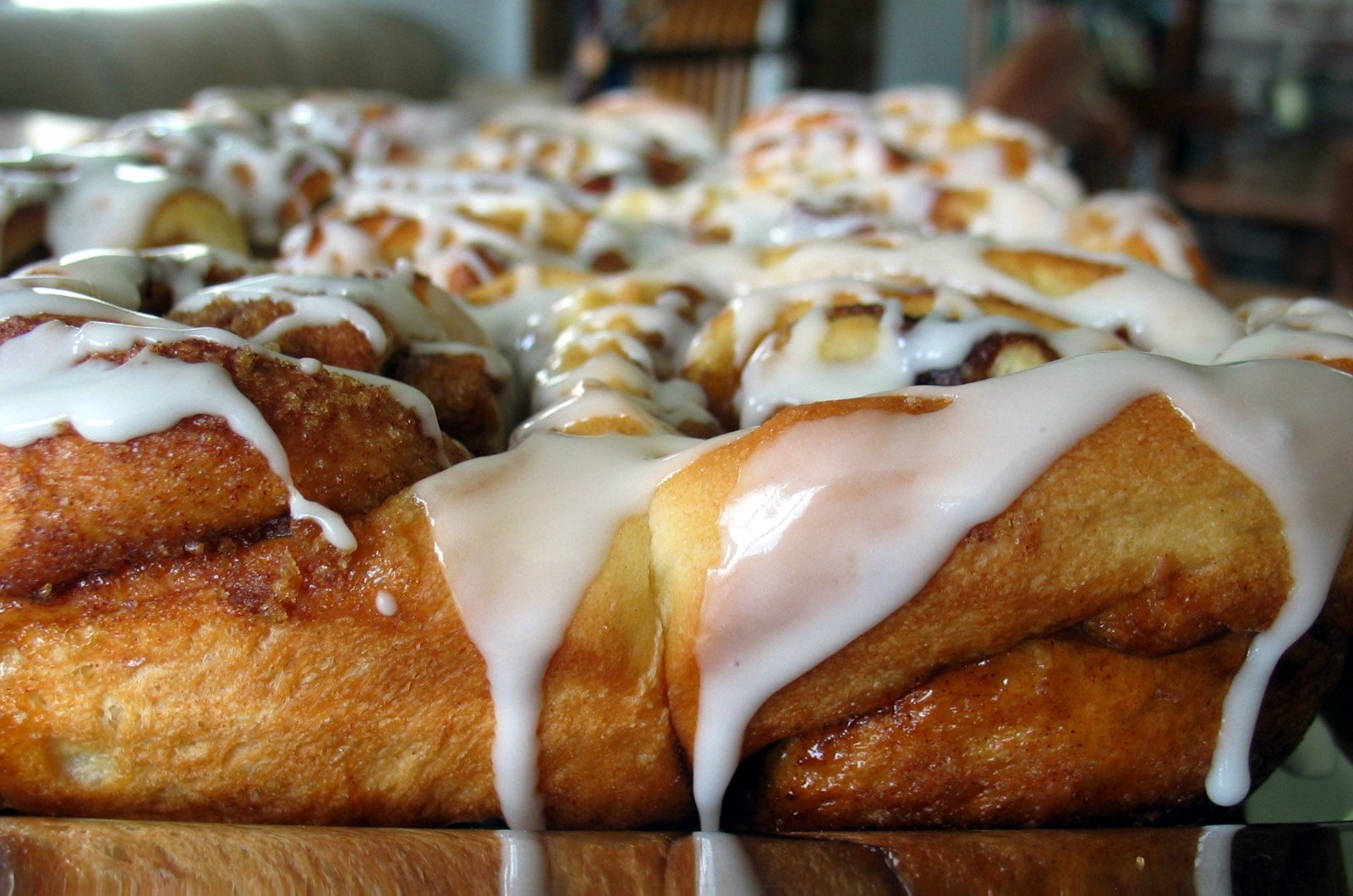 After that amazing kindness I had no other option but to make the man (and his team) a pan of ooey-gooey sweet rolls. When I walked into the store and plunked the tray (with the accompanying thank-you note) on the counter in front of the dear man, he looked up at me startled, and I don’t think it was because it was the first time he had seen the lower half of my body (I always go through the drive-thru) (and wow, that TOTALLY came out wrong—I’m not implying that he was looking at me in any special way because he wasn’t). (Goodness. This is getting stressful.)

Anyway, he said, “You didn’t have to do this,” and I said, “I know, but I wanted to; you guys are amazing,” and then I walked out.

Everything is the same as before (he doesn’t slip me free drugs or anything), but he did go about getting Yo-Yo’s pill in a smaller dosage despite what the doctors told us—that our insurance won’t cover for sixty small pills instead of thirty large ones. When I told him what the doctors said, he cocked an eyebrow and told me to wait a sec. Then he came back and said he could do it for me, no problem.

You know what else I heard about this pharmacist? (This will be the last rave in this review—promise.) I heard from an inside source that in order for an elderly woman to keep getting the same color pill (because apparently older people often don’t know what kind of pill they are taking, just the color of the pill), he had to order some crazy-huge number of the pills (like 8,000) in order to be able to get it in the right color…and so that’s what he did.

People who do their jobs really, really well are all too rare. But there are exceptional people out there. So often I focus on the people who are lacking—the clueless social worker, the clerk who can hardly run the groceries by the scanner because she’s coddling one of her ridiculously long nails that just broke, the brusque, insensitive doctor. But no one says I have to dwell on those people—I can “pick on” the ones who are doing a stellar job. It’s my choice.

This post is getting long and rambly and slightly off-track, but I don’t feel like wrapping it up all tidy-like. Instead, I’d rather hear your take on the thank-you note business. Do you think they are silly, stupid, and superfluous? Do you love them to pieces, writing notes to everyone for everything? Have you ever given or received a thank-you of the Number Four caliber?

(Are you hungry for sweet rolls now? Never fear, I have just the recipe for you! You didn’t think I’d leave you hanging, did you?)

About one year ago: Capturing the moment