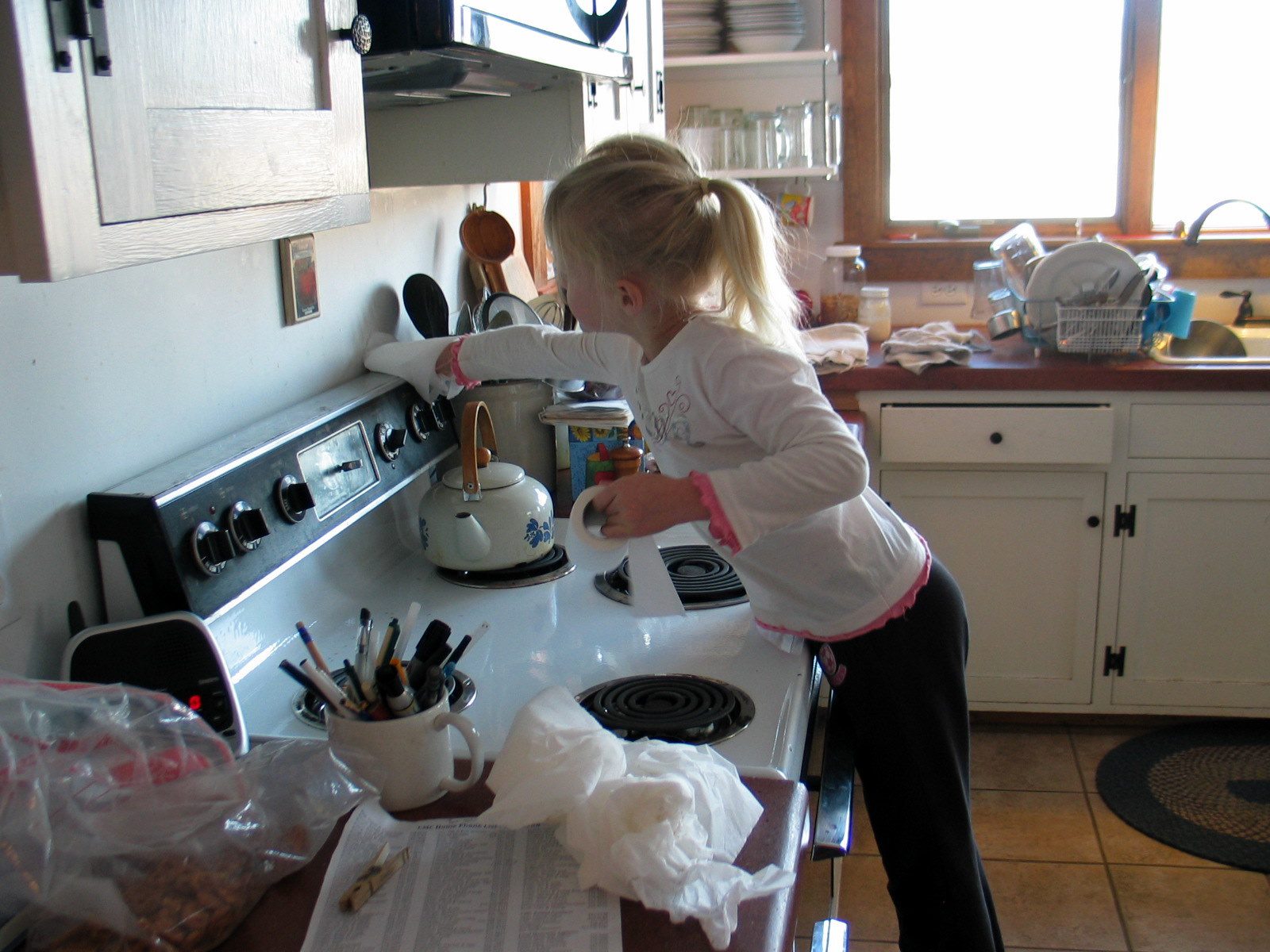 *I played one of Yo-Yo’s new piano songs for him. It was called “Harp Song” and involved, for the first time, the use of the damper pedal. He stood stock-still while I played through the piece, and when I finished he turned to me, his eyes wide with startlement: I’m crying! It’s so beautiful it made me cry! And indeed, his eyes were watery and red-rimmed. For the rest of the day he mused aloud that a mere tune on the piano had the power to make him cry.

*In a grumpy snit, Sweetsie stomped into the kitchen and declared, “Can I run away from this house? It’s all old and raggedy! The windows aren’t scrubbed good!” I gawked at her for a second before turning away to jot down what she had just said. By the time I turned back around, she had fetched a roll of toilet paper from the bathroom, pushed a stool up against the stove, and was diligently rubbing away at the grime on the stove’s back ledge.

I gave her a wet washcloth in exchange for the wads of useless toilet paper and watched as she went on to wipe down the stove and the lower kitchen cabinets. It made me wonder if I could perhaps be better maximizing my resources.

*After a rather rough morning which involved a fight with Yo-Yo and Mr. Handsome, I fled to my room to cry. Miss Beccaboo soon came up after me. She sat down beside me on the bed, wrapped her arms around me, and leaned her head against my shoulder. After a minute she said, “You know, sometimes things don’t go like we want them to.” I sniffled and sighed and patted her on the head, “You’re right, honey, I know.” I resumed crying and blowing into my hankie and after another minute she said, “And you and Papa are different people.” At that, I busted up laughing and shooed her out of the room, my little eight-year-old sage.

*One night at dinner I was showing off for Mr. Handsome, quizzing Yo-Yo and Miss Beccaboo on the periodic table. We were discussing element number ten, neon, when The Baby Nickel piped up and said, “It’s a gas and then you put electricity in it and it lights up.” Needless to say, Mr. Handsome was totally impressed. 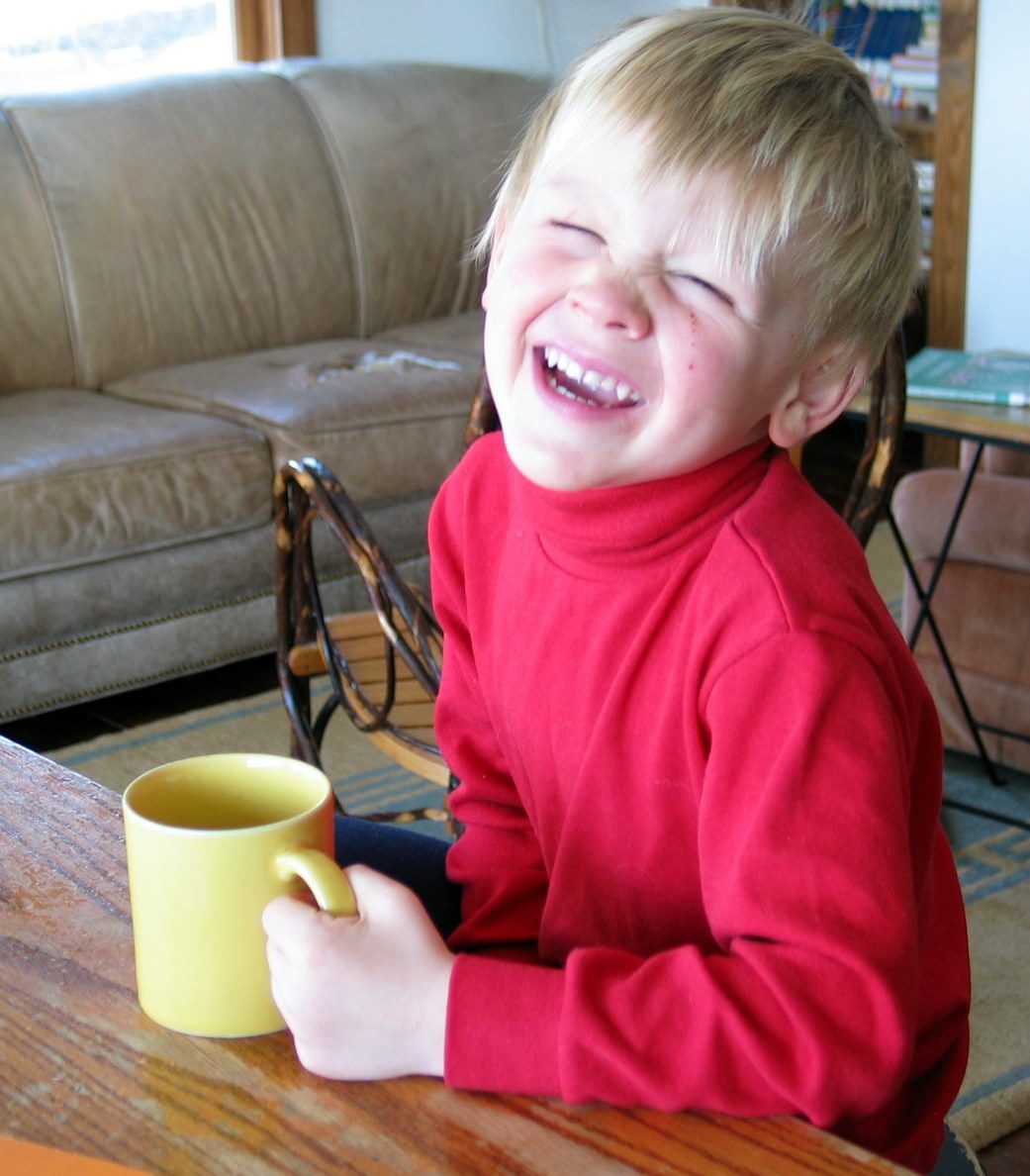 The kids were hungry and Sweetsie suggested “ants on a log.” I said yes. 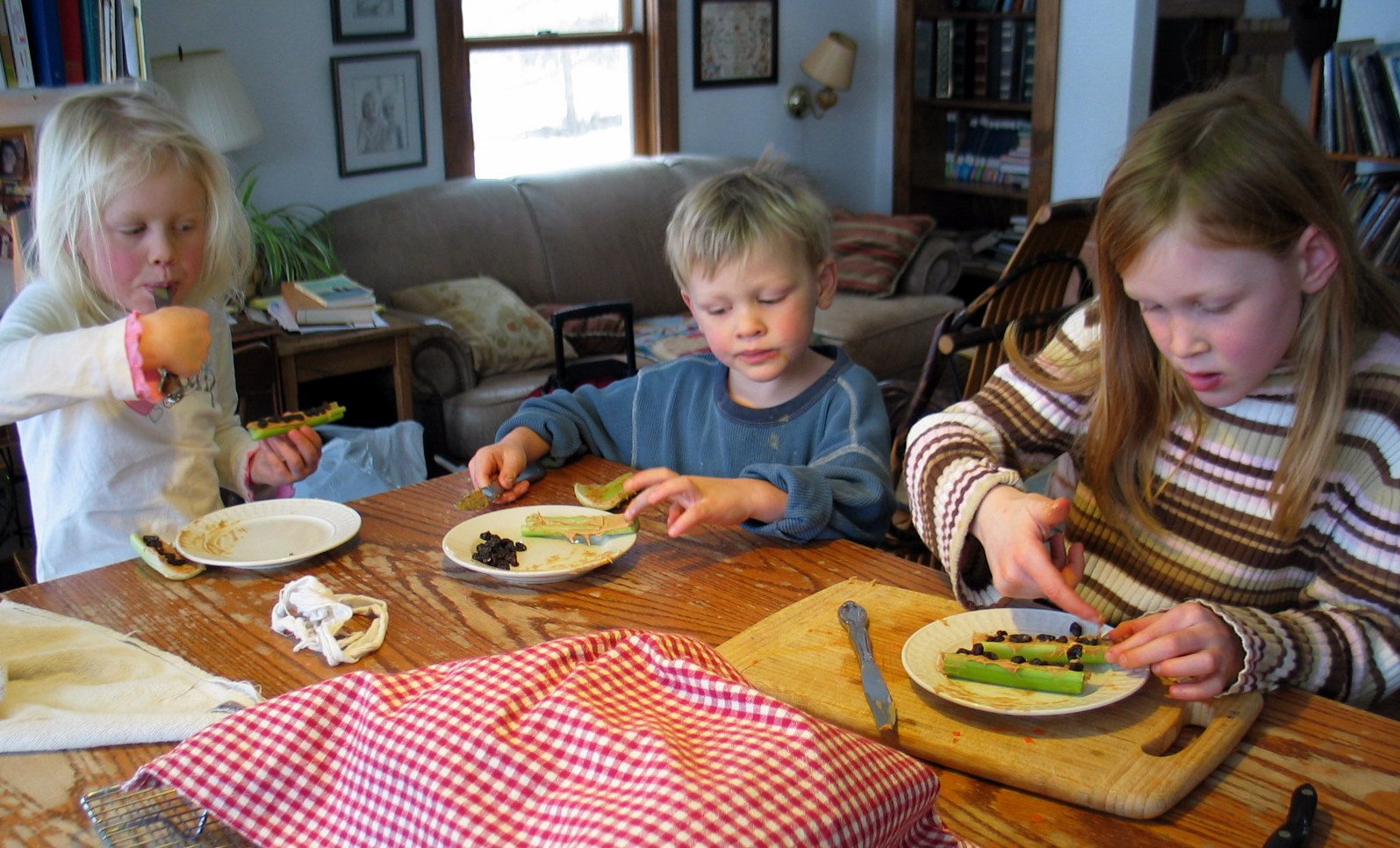 And then I had an inspiration: instead of fixing the snack myself, I assembled the ingredients (if you can call them that) on each plate and let the kids make the snack themselves. They had a wonderful time and ate everything, down to the last “ant” and peanut butter smear. 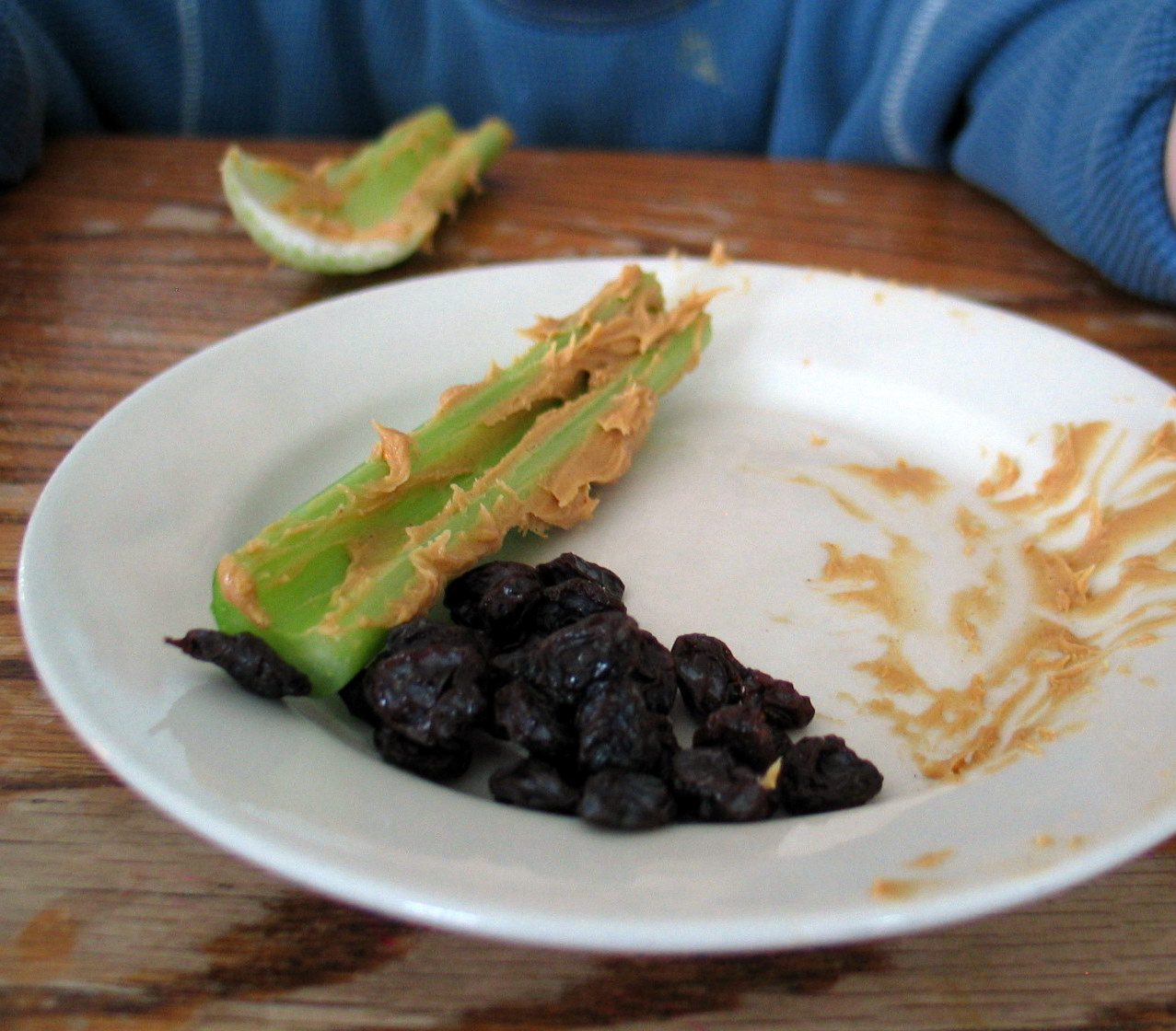 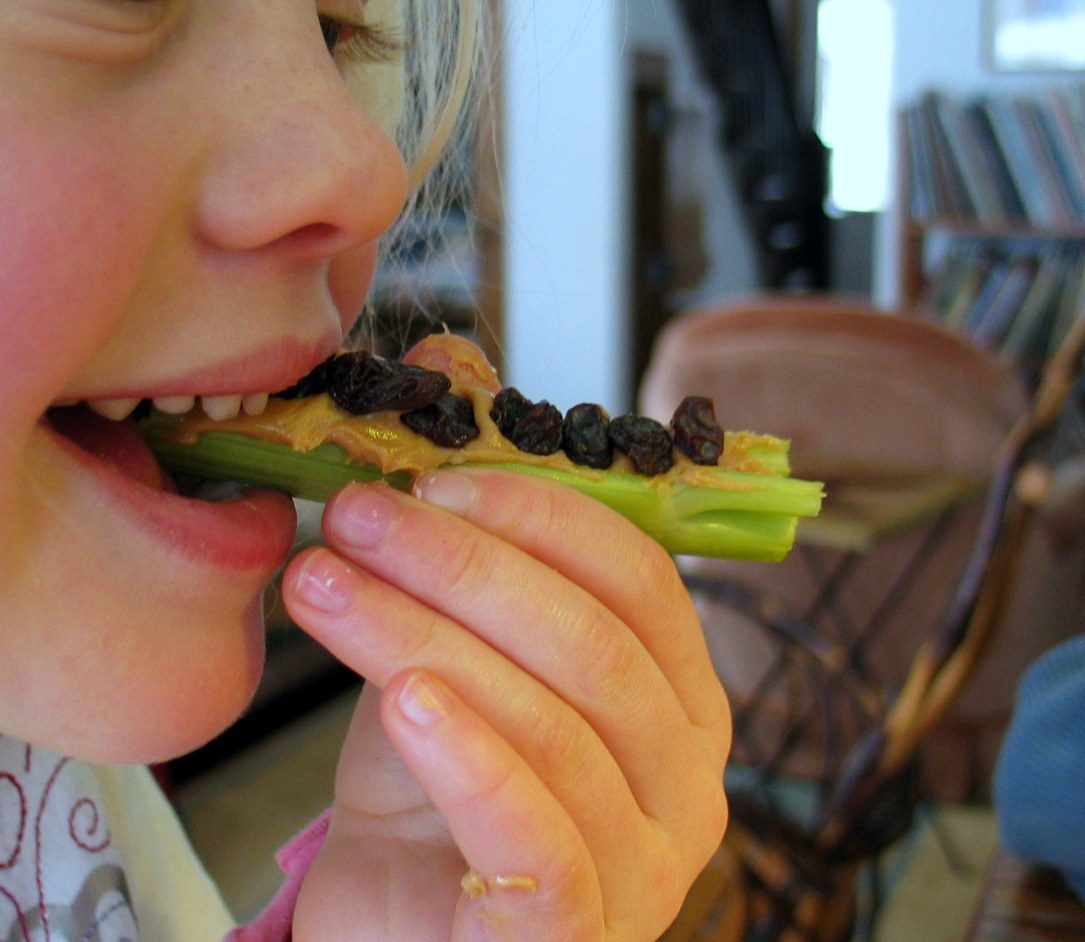 Note: if allowing the children to assemble the snack themselves, it is wise to divvy out acceptable portions and then tell the kids that what they see on their plate is what they have to work with. Otherwise, they’ll eat all the peanut butter straightaway and then beg for more, and that just gets downright annoying.

Variation: Use chopped, dried dates in place of the raisins.

About one year ago: Getting in fixes, and other general impishness-es