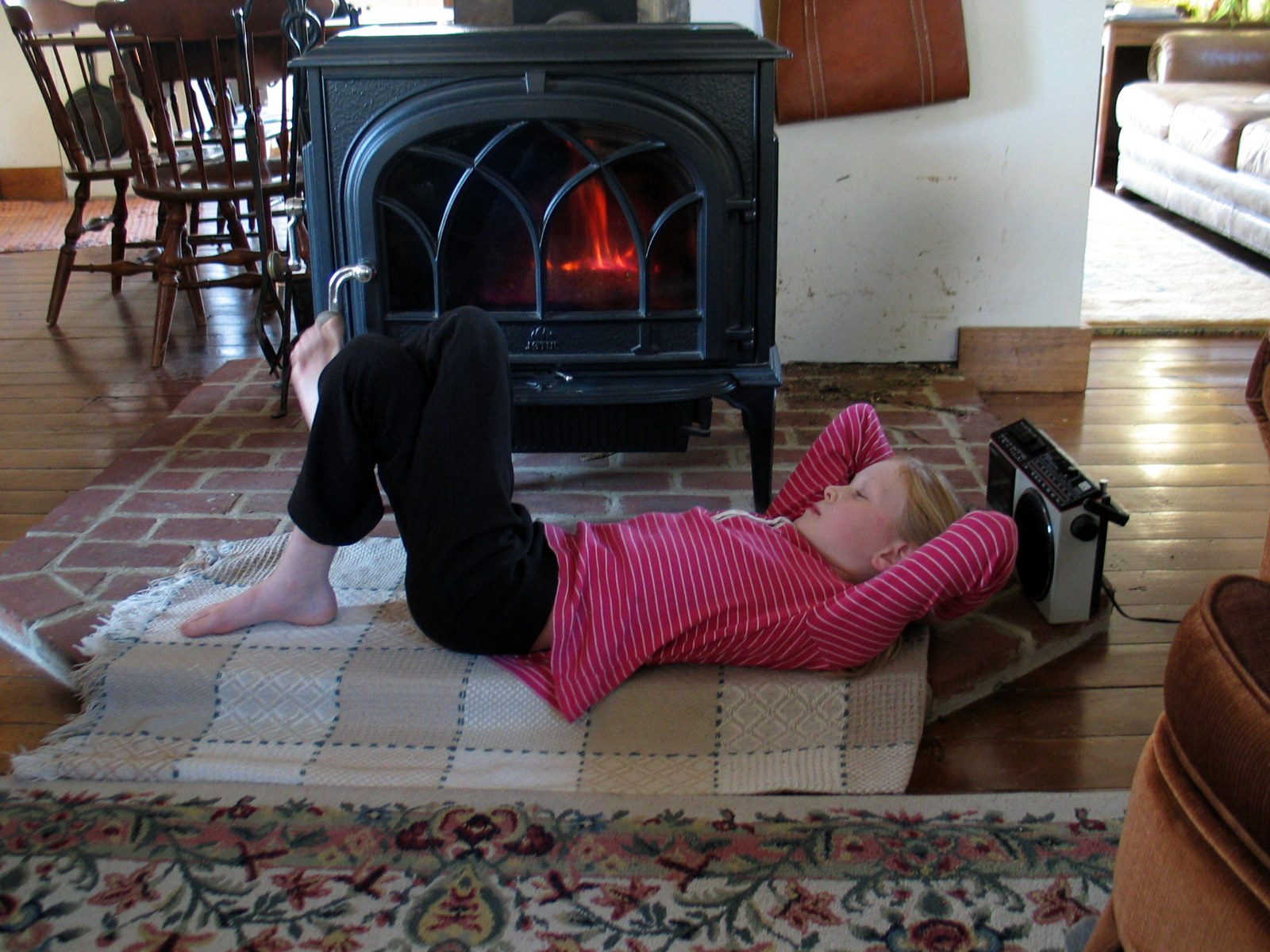 The best time to go for walks is just at dusk right after people have turned on their lights but before they have remembered to close the curtains. My mother taught me this. When we go on walks, we make a habit of casually glancing in the windows of any houses we may pass. We don’t stop and stare (if we did that, then we’d be just like that guy Greg who my dad found lurking around outside our West Virginia cabin back when I was a teenager—when my dad confronted him, Greg said he was out shootin’ groundhogs … uh-huh, and in the dark, too).

This genteel window peeking reminds me of two of my favorite literary heroes: Sara Crewe and Anne Shirley. In her loneliest time, Sara drew strength from looking in the windows at the rollicking family that lived across the road from Miss Minchin’s school—the children’s antics gave her some much-needed scope for the imagination (and that’s how Anne comes in).

We live out in the country and not many people walk by and peer in our windows (but some do, and I don’t mind one bit—well, except for some certain neighbors who are no longer neighbors who made a practice of leaning over their porch railing and staring fixedly into our living room—the first day we moved in I got so mad that I went around taping up newsprint over the roadside windows.) Drivers don’t even get a good gander at us because our house sits smack-dab on the road and there’s a curve up a head. People go flying by, their eyes fixed on the road, which is good because if they didn’t watch where they were going, they might end up in our living room, which would be taking gandering to new heights.

So for all of you who like to peer into windows at dusk, I’m going to do a little word-framing job and craft a few little windows for you to peer into. Don’t worry, you won’t see anything racy; we draw the curtains before we undress…usually. (For the literal-minded among us, the “windows” are purely figurative—they don’t all describe things that can actually be seen.)

Window #1: Yo-Yo and Miss Beccaboo just finished listening to Redwall on tape. They talked about the characters constantly, and Miss Beccaboo walked around with her tape player, plugging it in and turning it on every chance she got.

Here she is, lolling about on the hearth, her body with us but her mind far, far away in an exotic land. (I’ve never read the book myself, but I might need to now.)

Window #2: We got our Christmas tree a couple weeks ago. It’s the biggest one we’ve ever had. 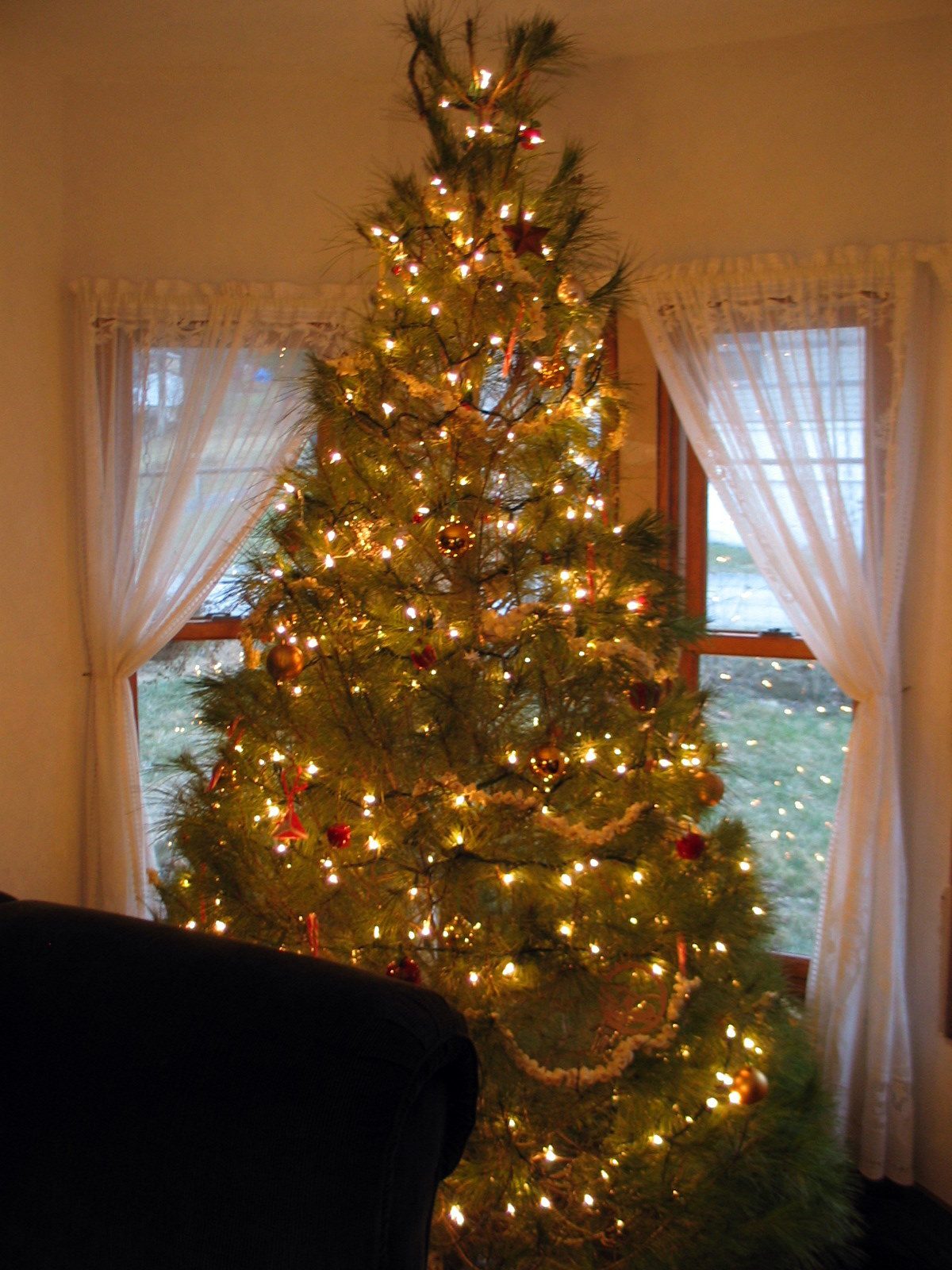 I don’t really enjoy decorating the tree (one of those things that’s supposed to be so wonderful but is more a botheration and a headache then anything else), but once it’s up I kind of fall in love with it. 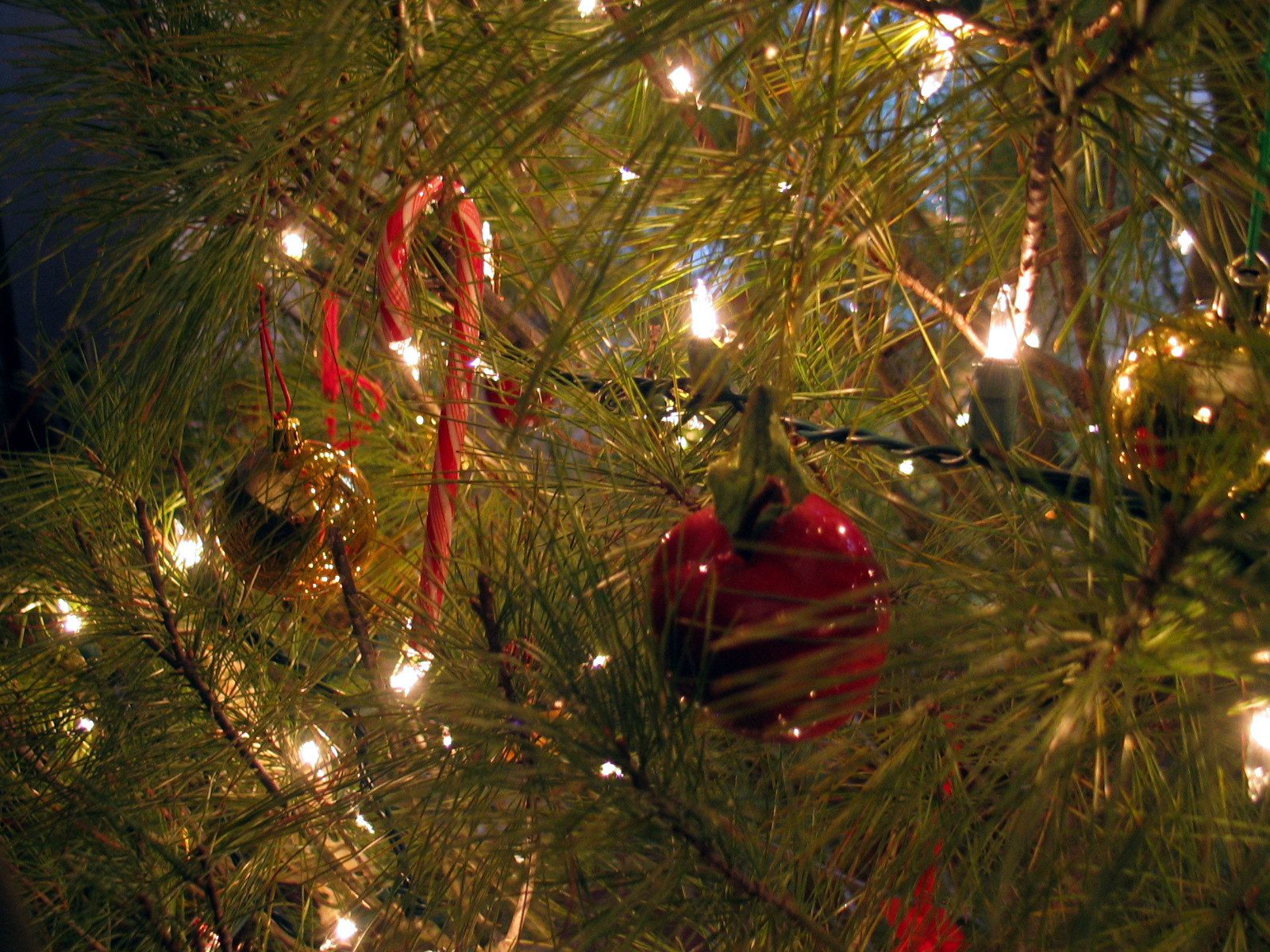 We placed it right in front of the four bay windows (the ones that gawking drivers would be most likely to smash through), and at night the lights reflect in the glass, doubling and tripling and quadrupling the sparkle charm. 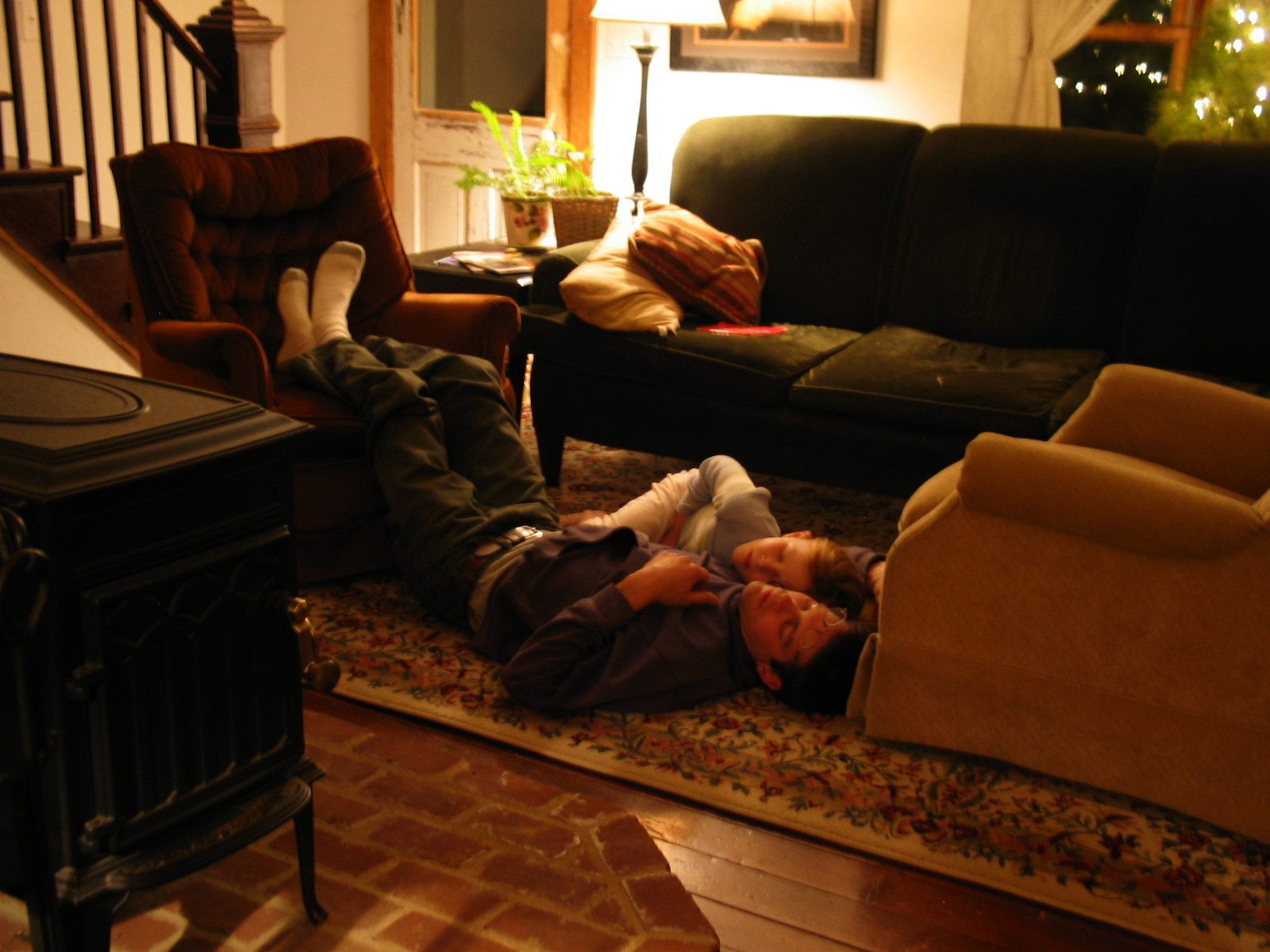 Mr. Handsome and Miss Beccaboo zonked out by the fire.

I’m joking, really, about the teenager angst—I can joke all I want now, right? Since I’m not there yet. 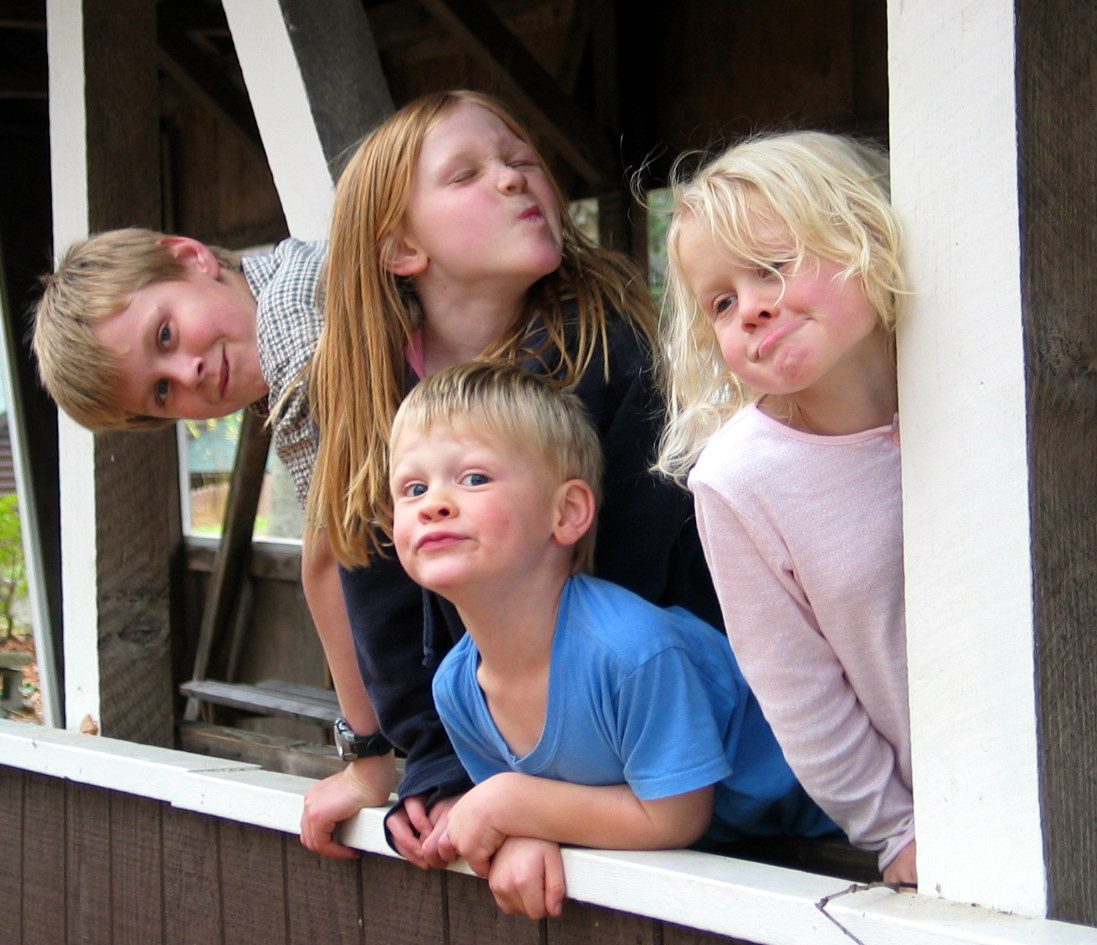 Window #4: When Sunday church services were canceled due to the storm, the kids begged to watch a Ray Stevens video in place of church. Their question is not in any way indicative of our church; I just want to be clear about this. (And we said no, and made donuts instead.)

Window #5: It’s an abomination, but Mr. Handsome, a first-rate carpenter, has never had a shop. That, thanks to a generous, gracious, and unbelievably kind friend of ours who is giving us an interest-free loan, is about to change. 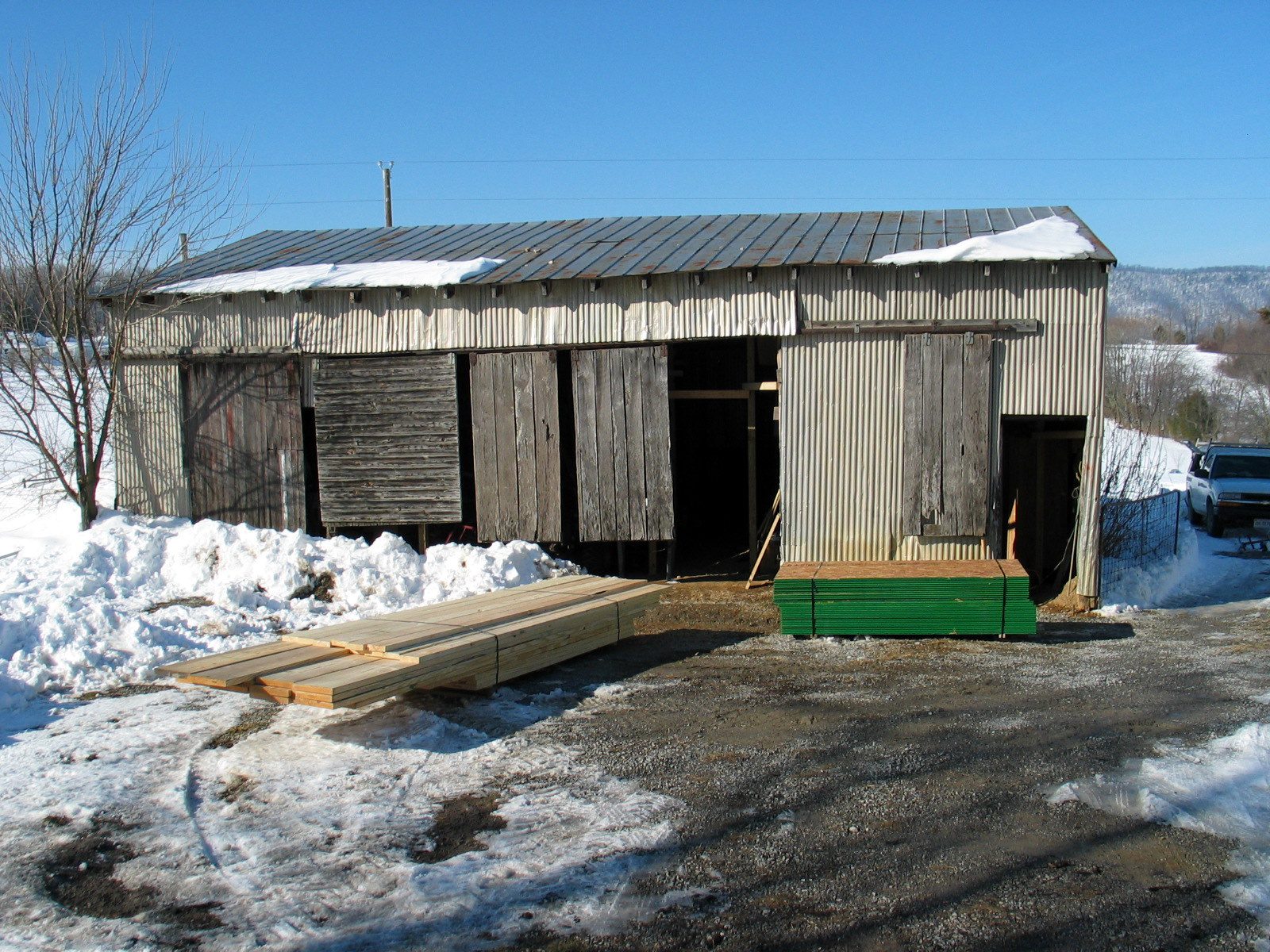 Mr. Handsome has already started building the new barn…inside the old one. It raises the concept of nesting dolls to a whole new level. 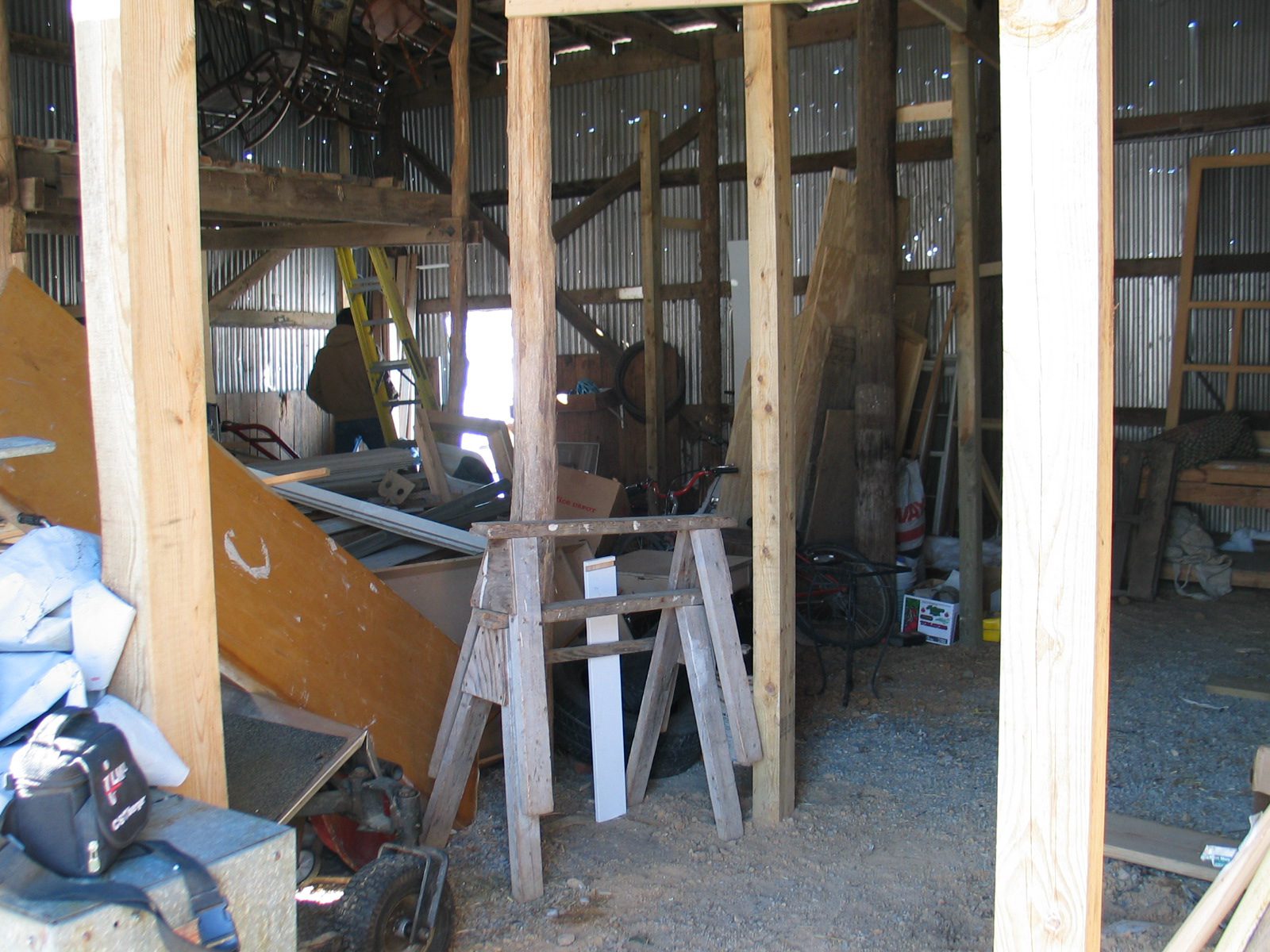 He’s poured the footers and set the posts and is ready to lay the floor. Once the new barn is far enough along, he’ll tear down the old, outer shell of a barn. 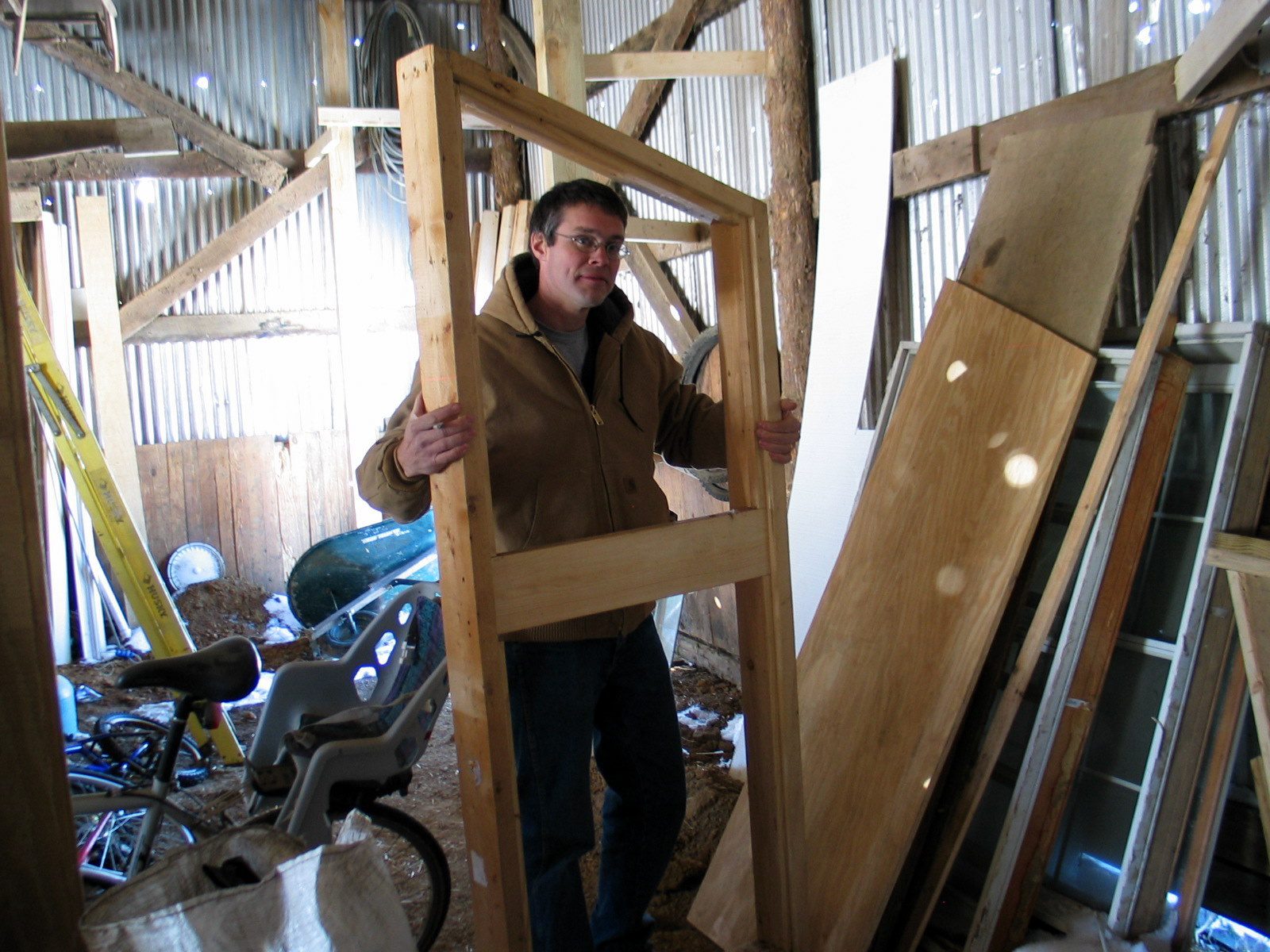 Window #6: A friend who has a big old snowplow thingamabob plowed out our driveway after the big snow. 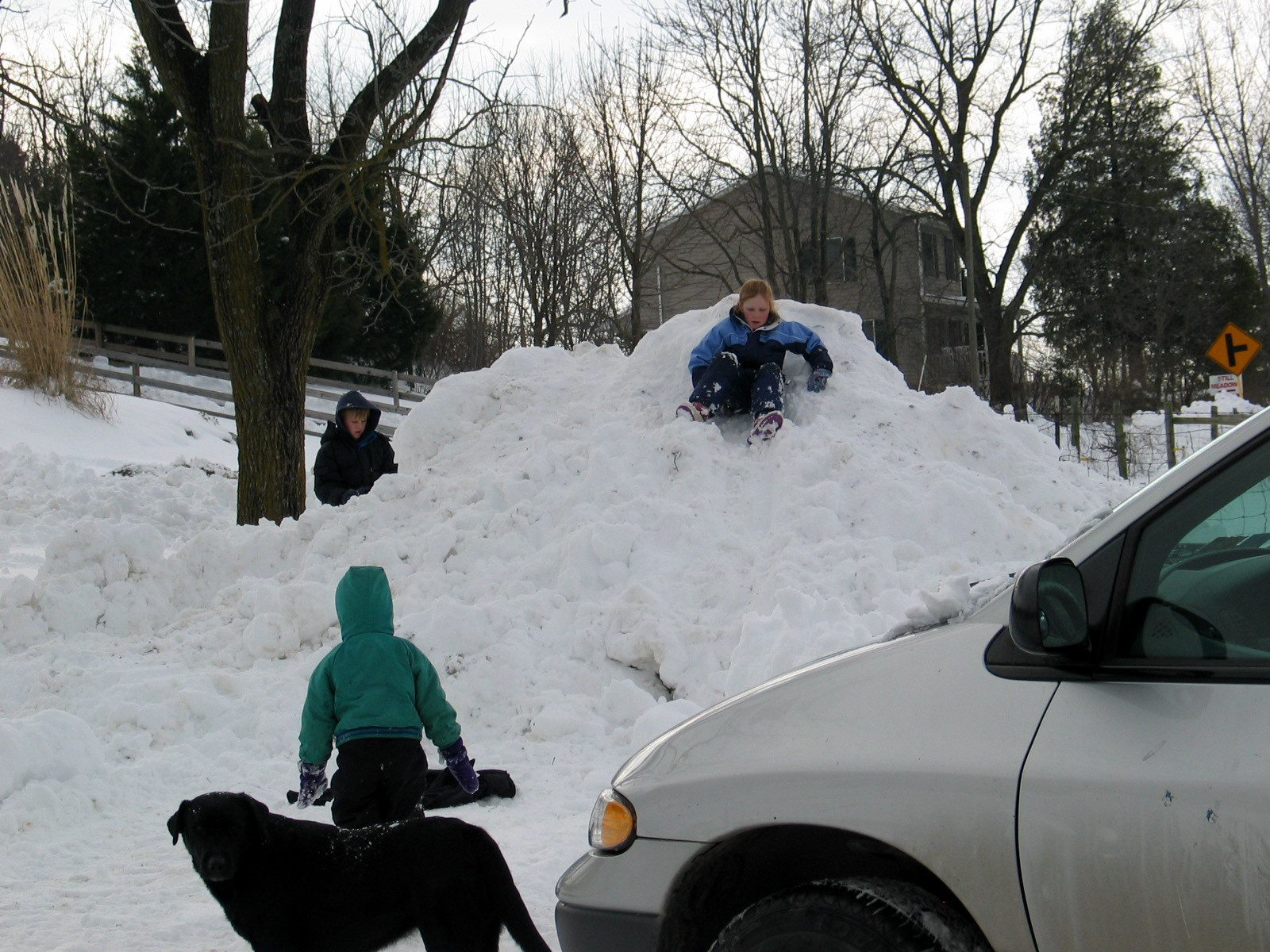 He thoughtfully (or maybe unintentionally, but I’m giving him the benefit of the doubt) pushed a bunch of the snow into one huge pile. 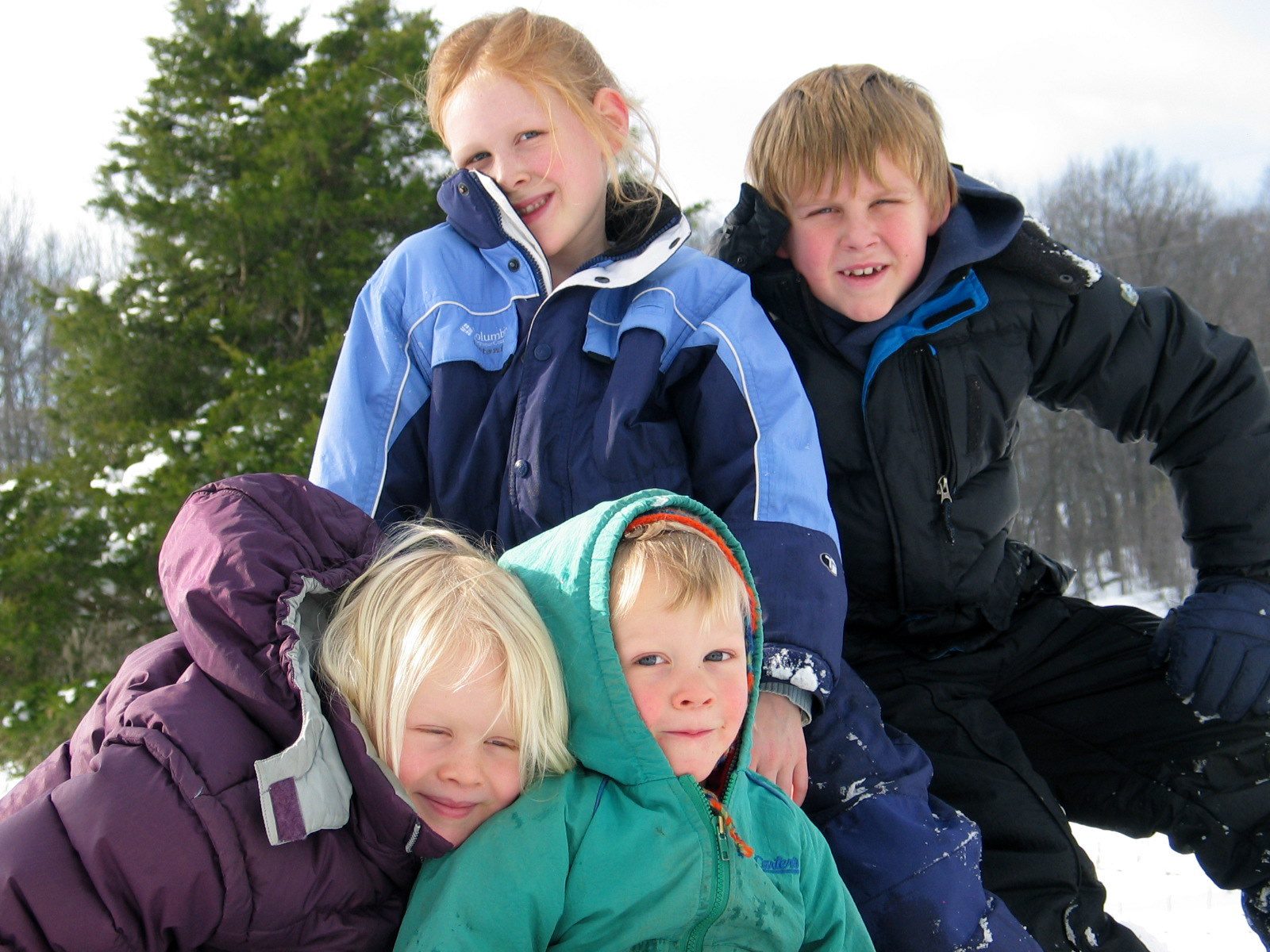 The kids had a heyday. 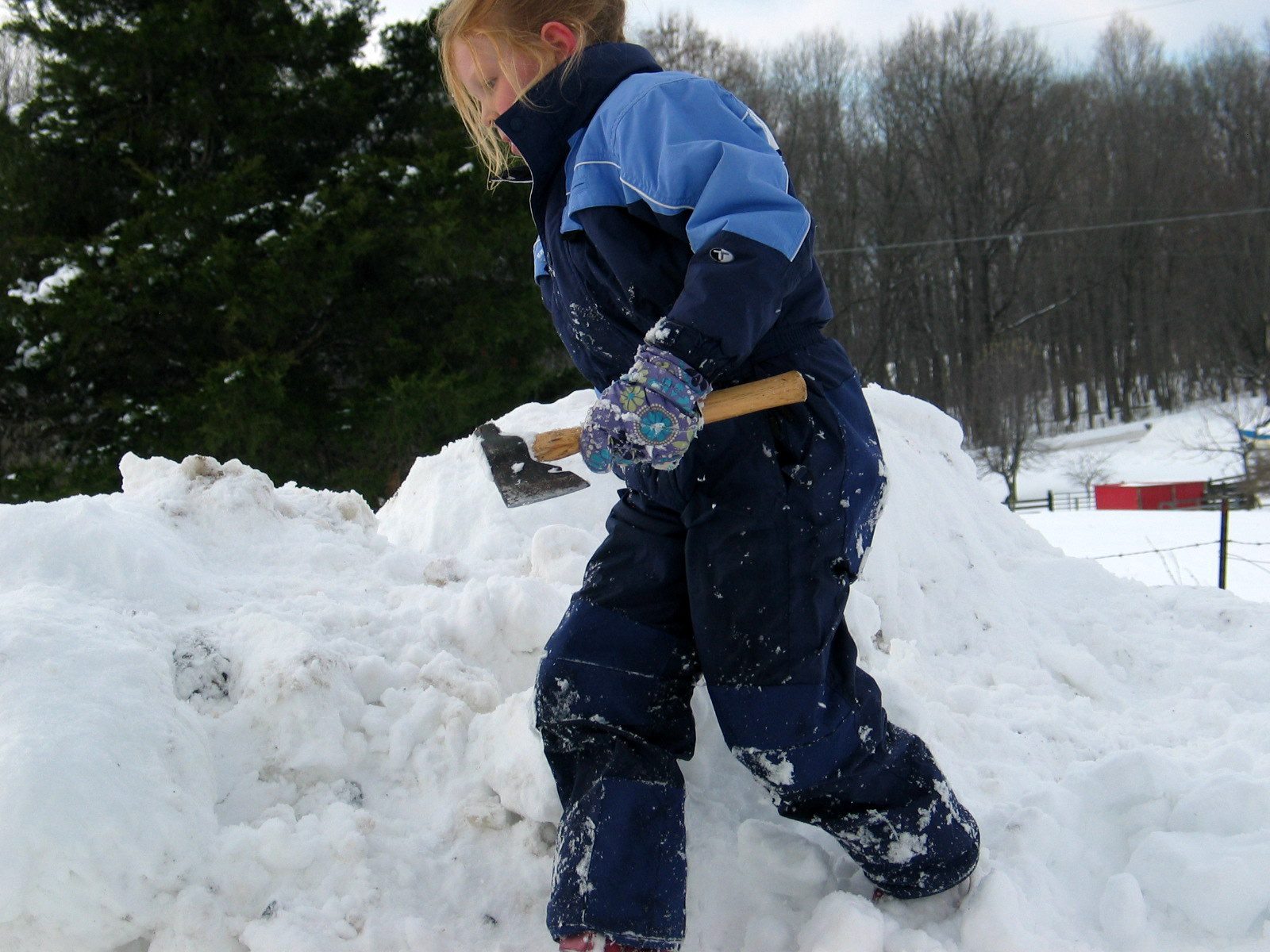 No, I didn’t realize she was carrying a hatchet till after I took the picture. 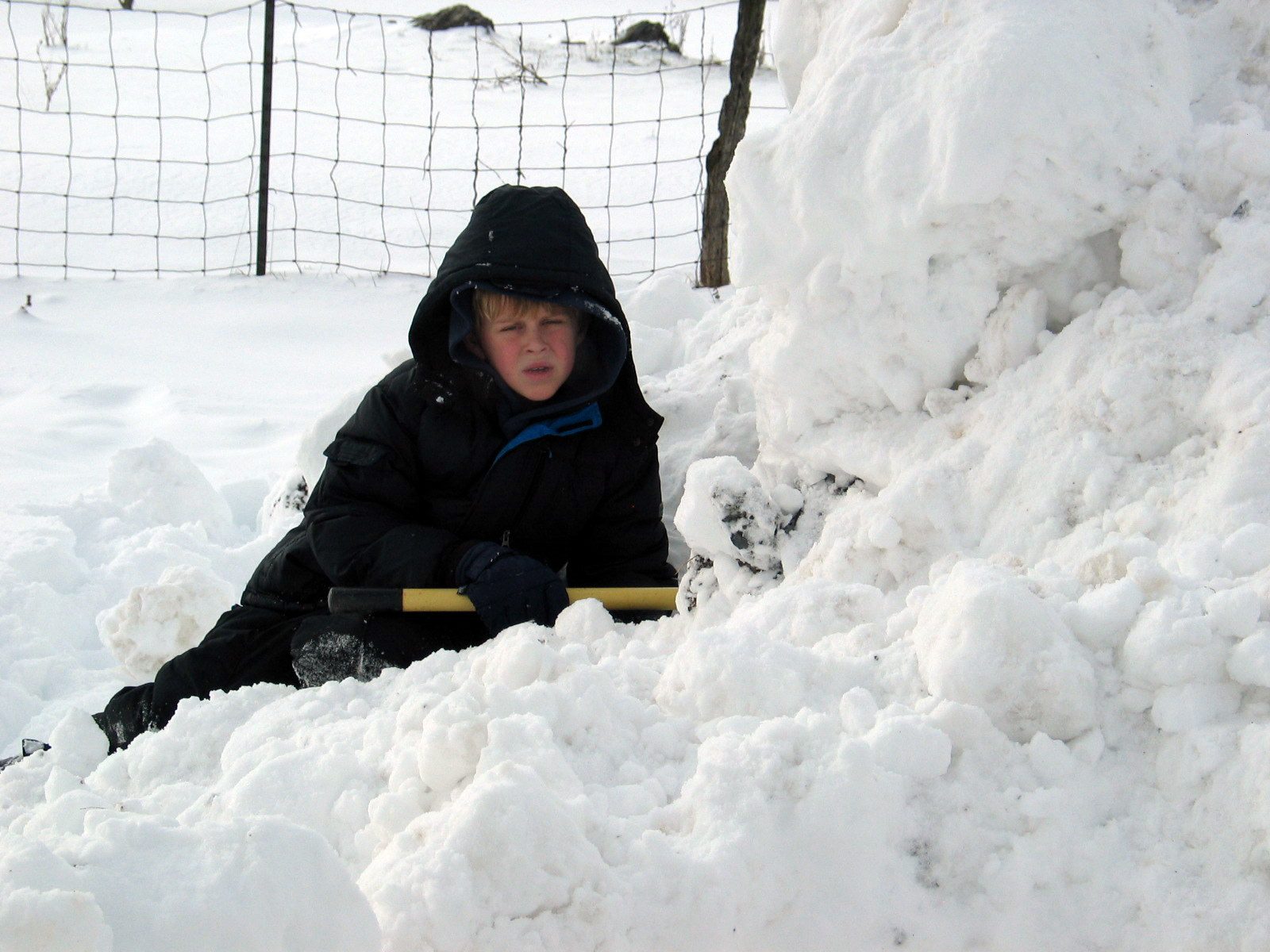 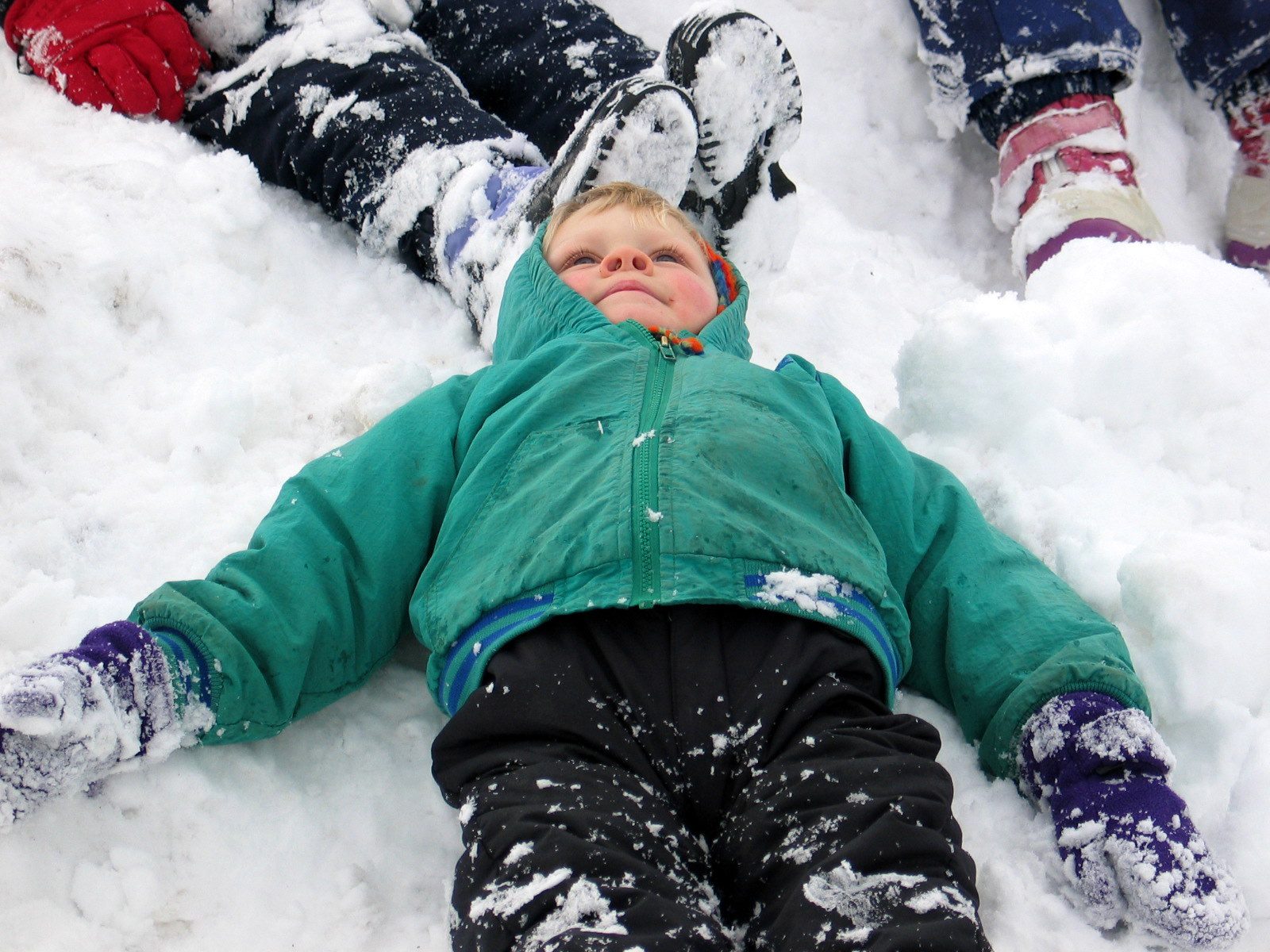 Sometimes being the youngest just gets to be too much.

Window #7: For several days this past month, I became obsessed with getting a photograph of myself. Because Mr. Handsome rarely picks up the camera there are almost no pictures of Yours Truly, and sometimes I get to wondering about what I look like (in a photograph—we do have mirrors). It’s hard to take a self-portrait. If I was a contortionist, it might be easier, but I’m not. I gave it my best shot (sorry!) though. (Using a mirror—oh, the ironies!) 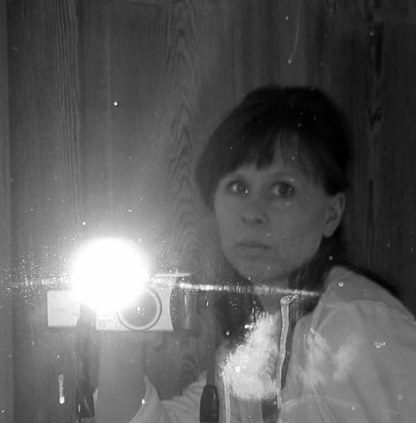 Note to self: Wash the mirror before you start snapping pics, next time. And scrap the flash. 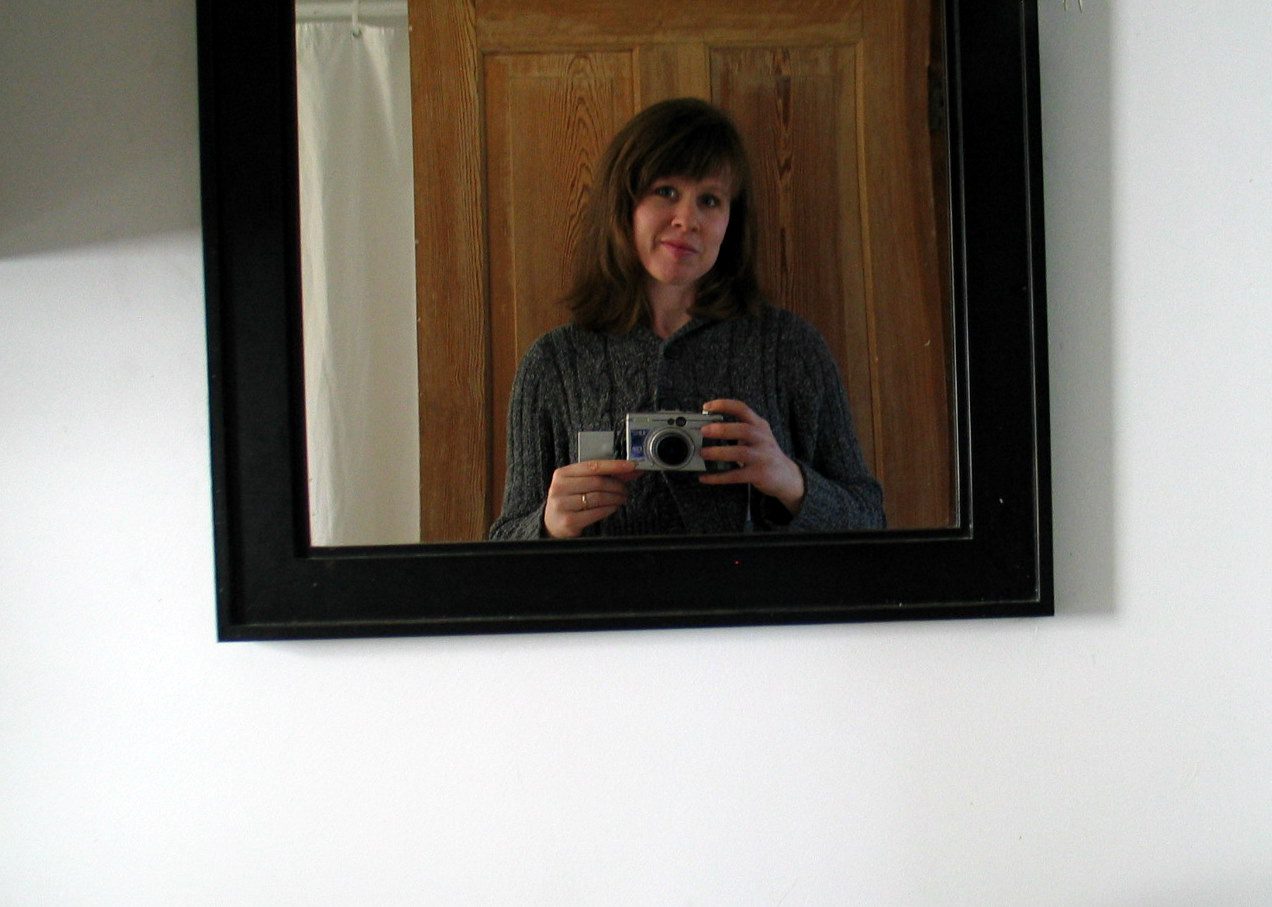 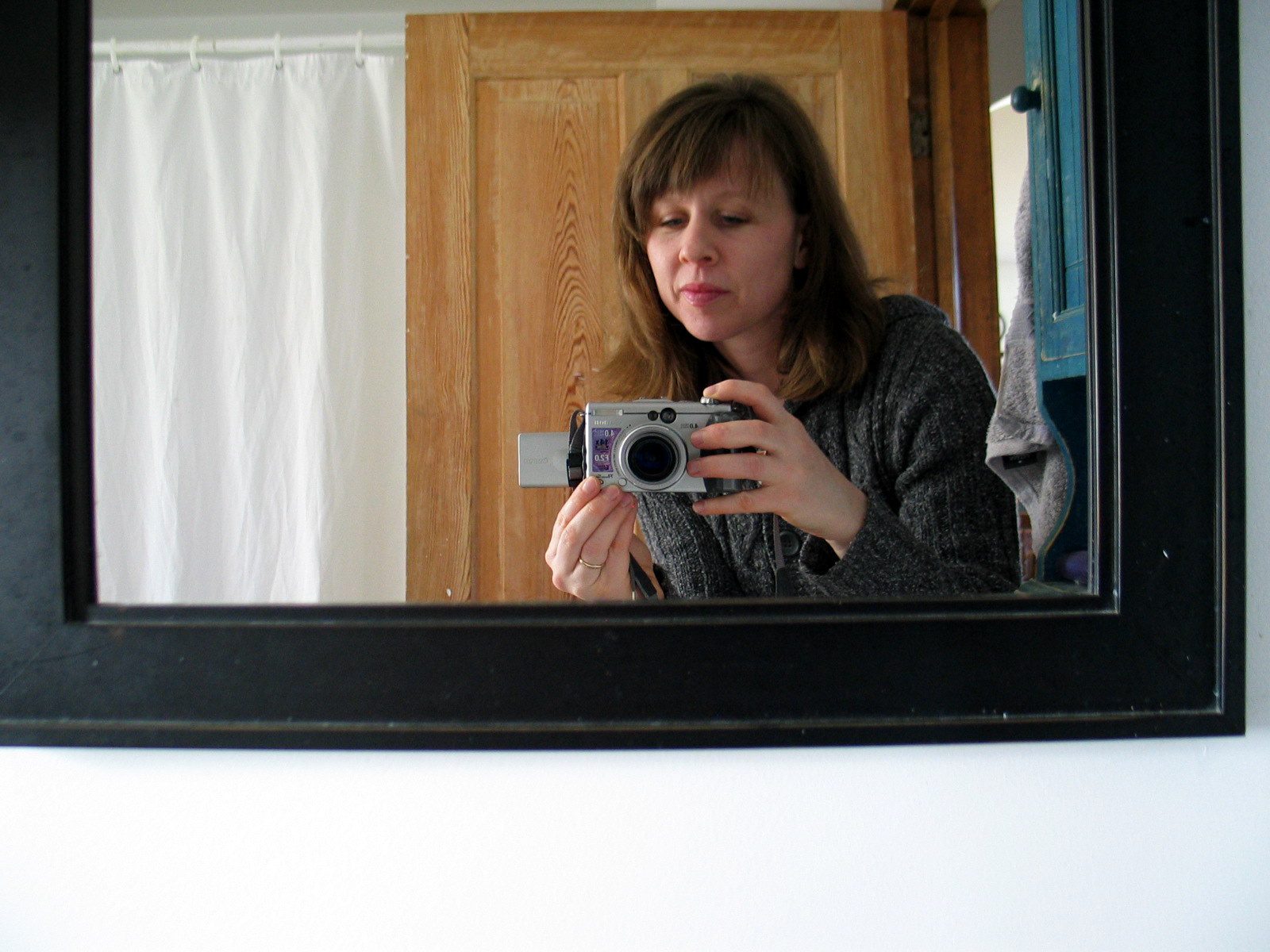 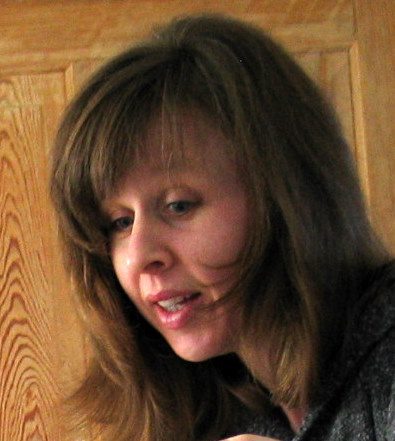 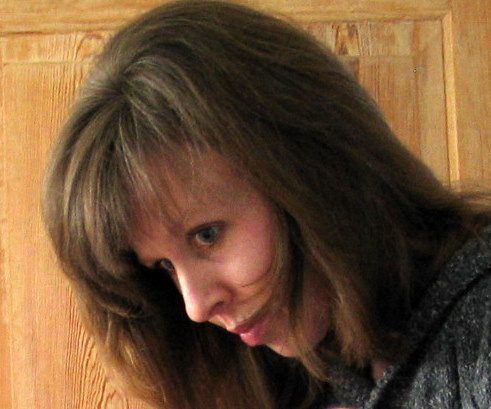 And then when I got sick of that, I handed the camera to Yo-Yo. 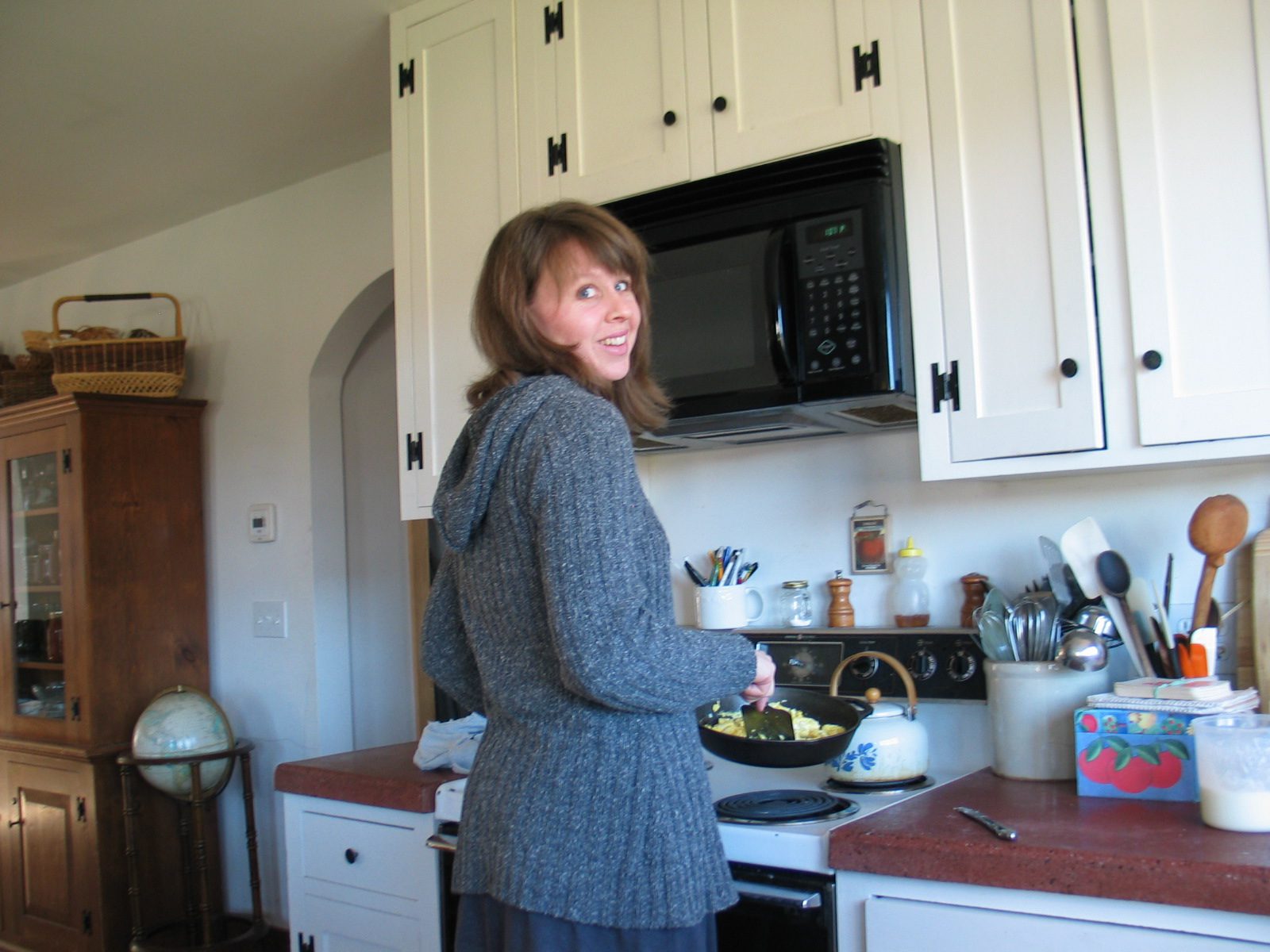 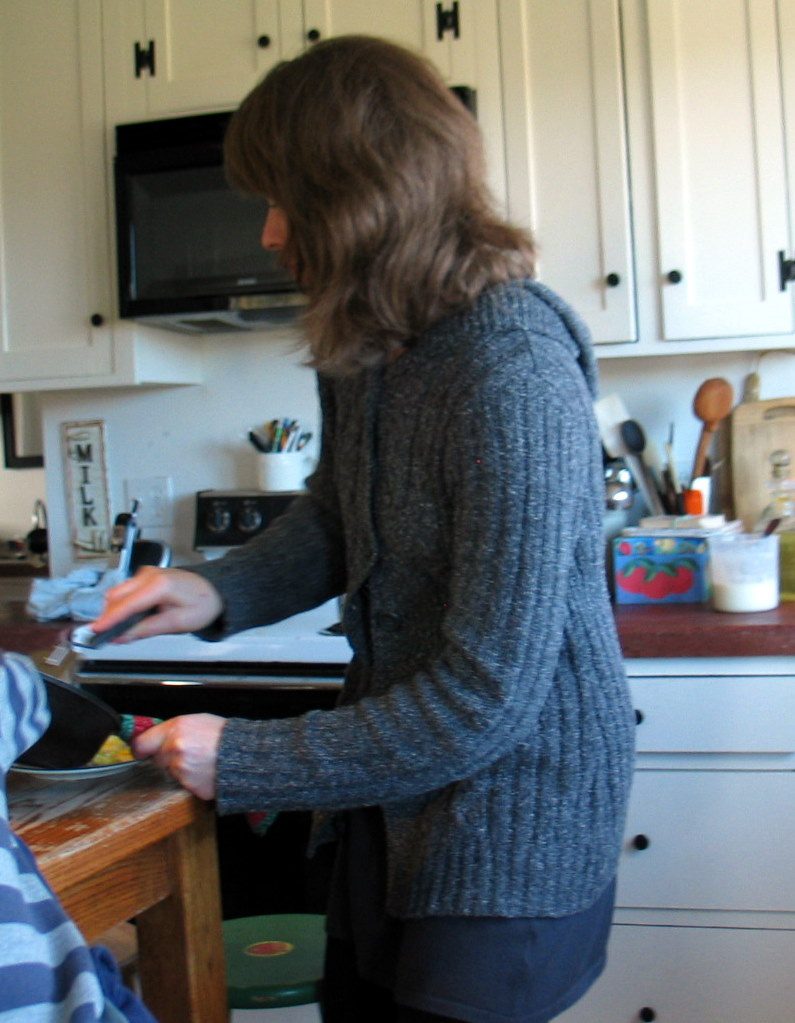 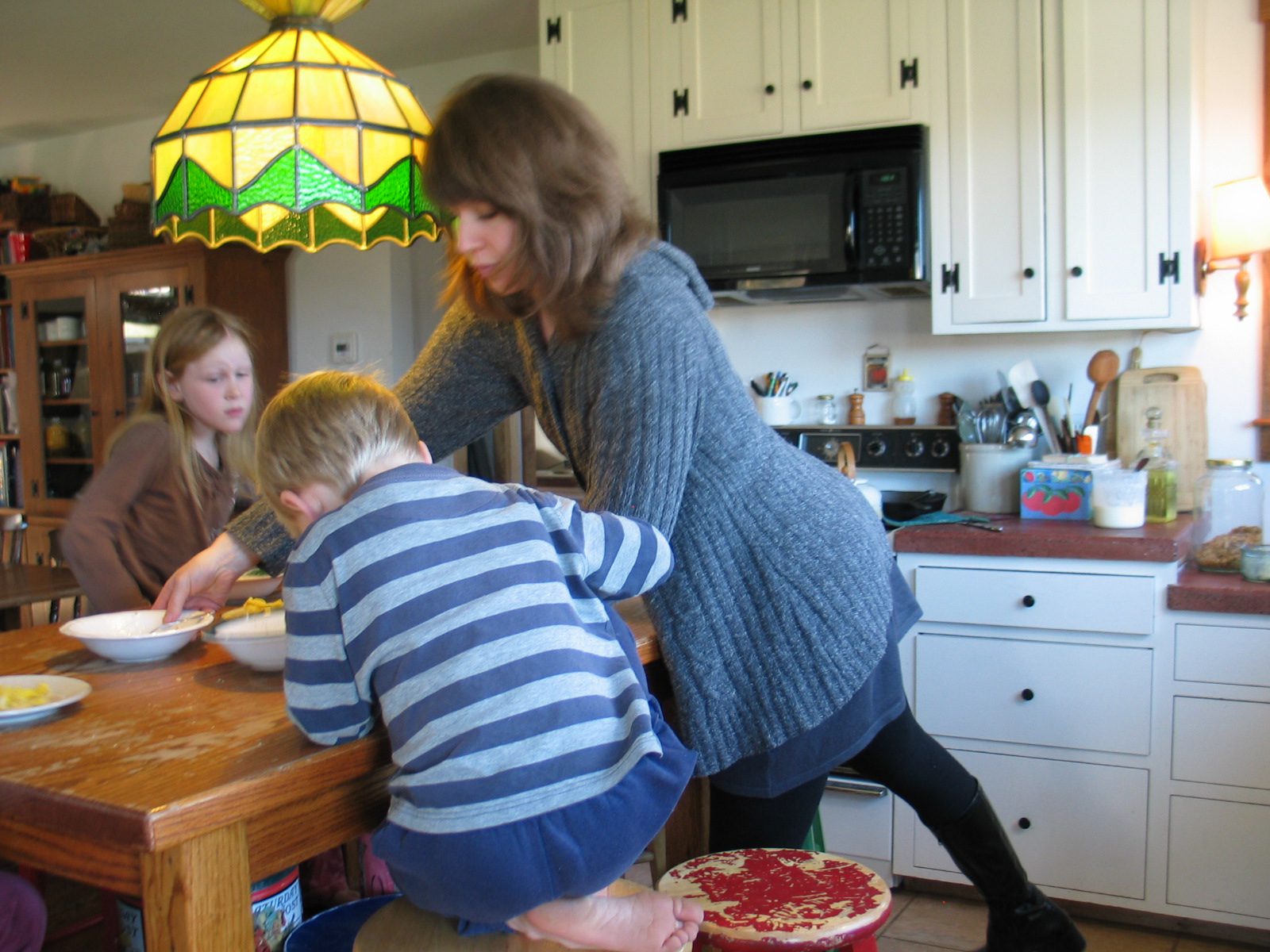 See that pointer finger resting on my knee in that last photo? And notice how my eyebrows are raised? I had just gotten done chastising one of the kids when Yo-Yo snapped the picture. It just goes to show that there is no such thing as a model parent.

And then I decided I didn’t really care about a self-portrait after all. My life immediately got simpler.

About One Year Ago: A recap of Christmas 2008, as well as some yummy photos of donuts.