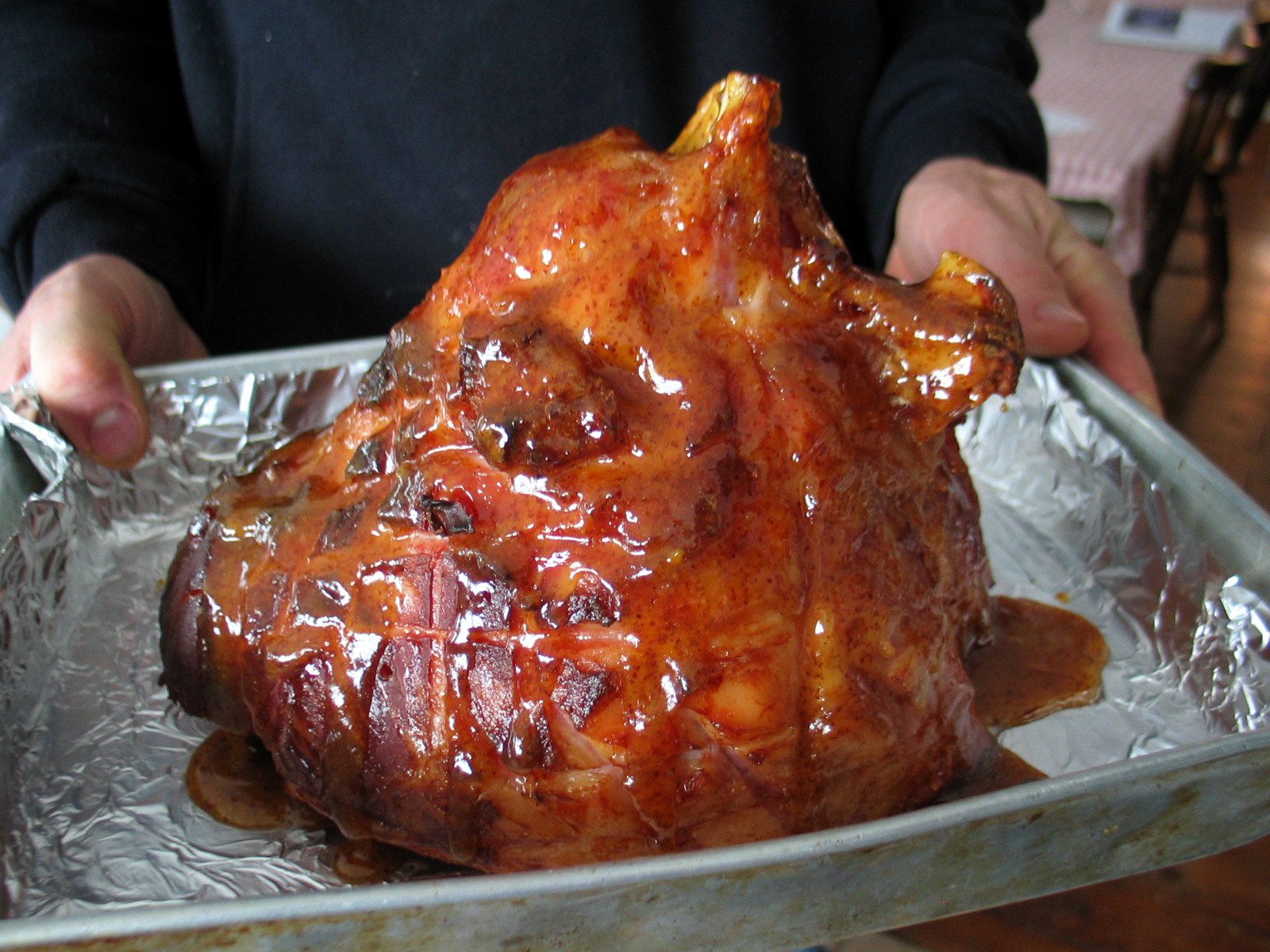 A few days before Christmas I called up my girlfriend Amber just to chat. We talked of snow, cookies, boxwood wreaths, and holiday schedules, and then I asked her what delicacies she was making for Christmas. She didn’t know yet, she said, but she asked her husband what he would like for breakfast and he said fresh fruit so she knew they were having that at least.

That conversation, the one she had with her husband, stuck with me. It was beautiful—clear, simple, elegant. She asked a question and got an answer and that was that. It was a linear conversation with a beginning and middle and an end. Amazing.

Me and My One True Love, on the other hand, converse in fits and starts. Simple questions can trigger screaming matches. A quiet observation can send one of us into an apoplectic fit. Like the Incredibles, we are a gifted family … but in the art of emoting.

However, I decided to give Amber’s classy method a shot. I would ask Mr. Handsome a question, and though I doubted he would be interested enough to even give it two seconds thought (I dunno; make whatever you want), I figured it couldn’t hurt any.

“I’m planning Christmas dinner,” I said to Mr. Handsome. “What would you like to have?”

Well. A ham. Now that was something. I hadn’t given the porcine species any Christmas-y thoughts up till that point and now my husband told me he wanted a whole, honkin’ big ham?

I pressed him (and this is where I differ from Amber—I do realize this), “Like how?” And then I suddenly remembered that I had tried to make a ham at Thanksgiving 2007 and it was dreadful, as in dried out and crusty, so I told him, “I can’t make a ham! Don’t you remember that ham I made?”

And then—POP—my eyes bugged out and I trumpeted gleefully, “I have an idea! How about YOU make the ham!” (Notice: there is no question mark at the end of the sentence. Could this be part of our communication problem?)

“Sure you do! Just read a recipe and follow it. It can’t be that hard. Oh, honey,” and here my voiced switched from encouraging to imploring, “please make the ham. It would be so fun to have you working on the Christmas dinner with me. Please?”

“I guess so,” he mumbled (another conversation pothole, if I do say so myself).

And that was the end of the conversation … till the next day (or so—I’m fuzzy on the timing of this tale) when I was making up my Christmas grocery list and I called him up at work to ask if I should pick up the ham.

“What kind do you want?”

“Well, honey, there’s all kinds of ham—spiral, bone-in, precooked, not cooked. And do you need any pineapple or preserves or anything to go with it?”

“How the heck should I know!” he exploded. “I told you I didn’t know how to cook a ham!”

“What recipe are you following,” I said sweetly, innocently, irritatingly, knowing full well that he hadn’t given it any thought.

Which, come to think of it, irritated me because what did he think cooking was, anyway? Just a thrown-together-at-the-last-minute endeavor? Is that what he thought of what I did all day long? I just thoughtlessly produce food because I had nothing better to do with my time?

Oh dear, this was fast becoming a hot-button issue. Forget the fact that we both love and respect each other like it ain’t nobody’s business. We go low when we fight, and we can drop to subterranean levels faster than you can say “till death do you part.”

“Okay, then you’ll just have to stop by the store when you figure out what it is you need.”

Wednesday night we packed the kids into the car and drove around town admiring the Christmas lights. As we passed the grocery store, I said (because I couldn’t help myself), “Do you need to stop and buy anything for the dinner? I already got everything I needed at the store today so I’ll not be making any more trips.”

“No, I don’t know what I need! I don’t know why I ever agreed to this in the first place. I should’ve just kept my big mouth shut!” (See, we both have the same problem—flapping yaps.)

“Fine!” I hollered. “I’ll make the ham if you’re not going to; but you need to tell me that I need to. So either you make the ham and stop complaining about it, or tell me you’re backing out and I’ll do it.” (But don’t you DARE do that was fully implied, and Mr. Handsome knew that as well as I did.)

“Whoa, look at that, kids,” I cried, pointing vigorously. “A row of giant Christmas stars, all having epileptic seizures in unison!”

That evening after the kids, stuffed with donuts and hot chocolate, were in their beds, I instructed Mr. Handsome in the marvels of epicurious dot com, and then I went about my business, which mainly consisted of secretly staring at his back as he hunched over the computer, scrolling through various recipes and comments. “Do we have Dijon mustard?” he asked. 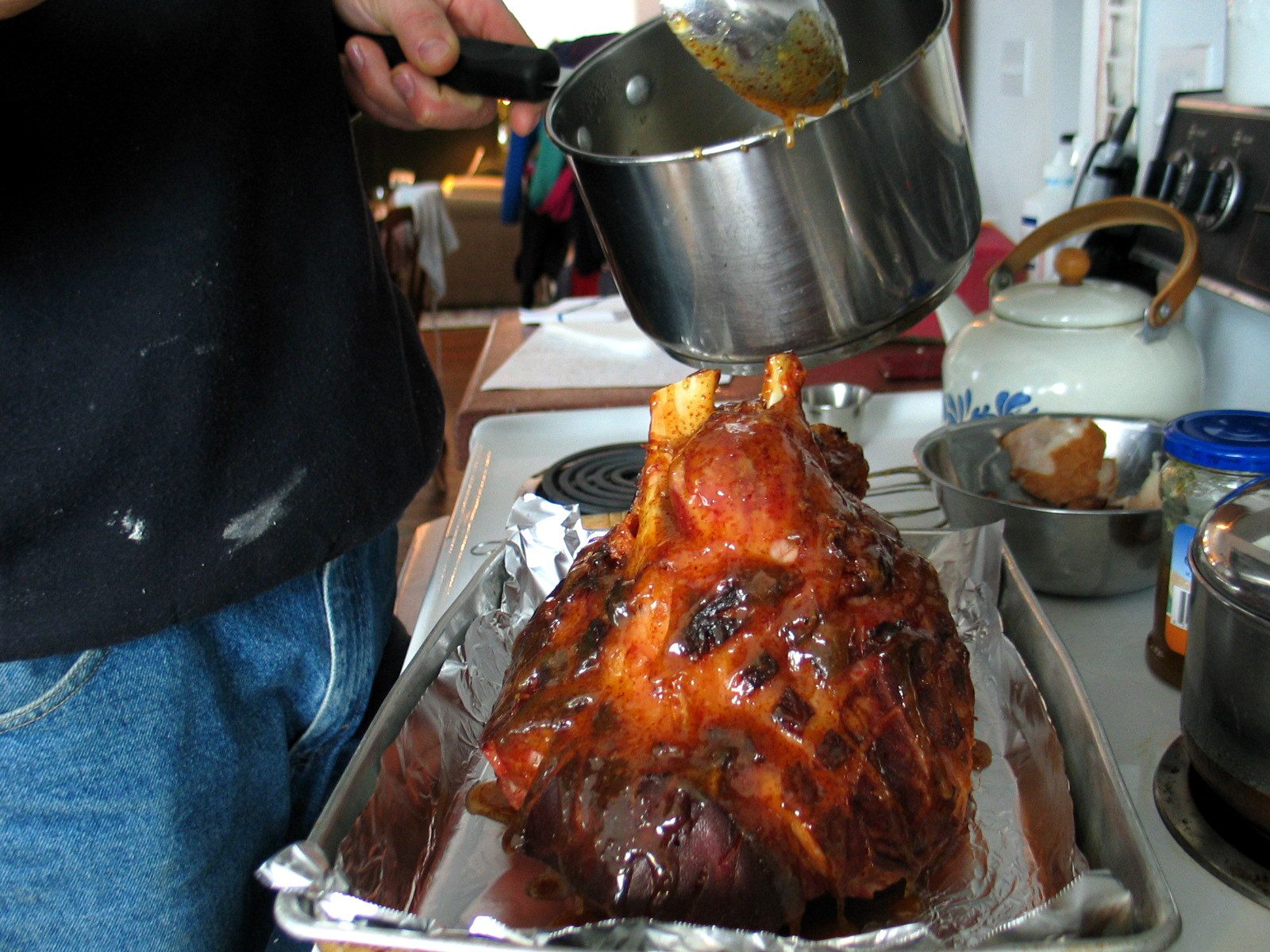 And that was pretty much the end of the tiff. He printed out a recipe (“I don’t need to make the sauce—all the commenters said it was overkill”), bought a jar of orange marmalade, a box of whole cloves, and a jar of Dijon mustard. Oh, and a ham.

Christmas noon he got busy sharpening his knife (ever the showman), cutting off the hammy fat, scoring the ham, stuffing it full of cloves, and popping it into the oven. A couple hours later I added the sweet potatoes to the oven and put the green beans on to cook. Then Mr. Handsome made the glaze (“It keeps dripping from the spoon and it’s been way longer than six minutes—am I going to burn it?”), dumped it over the ham, and slid the whole kit and caboodle back in the oven for another twenty minutes. 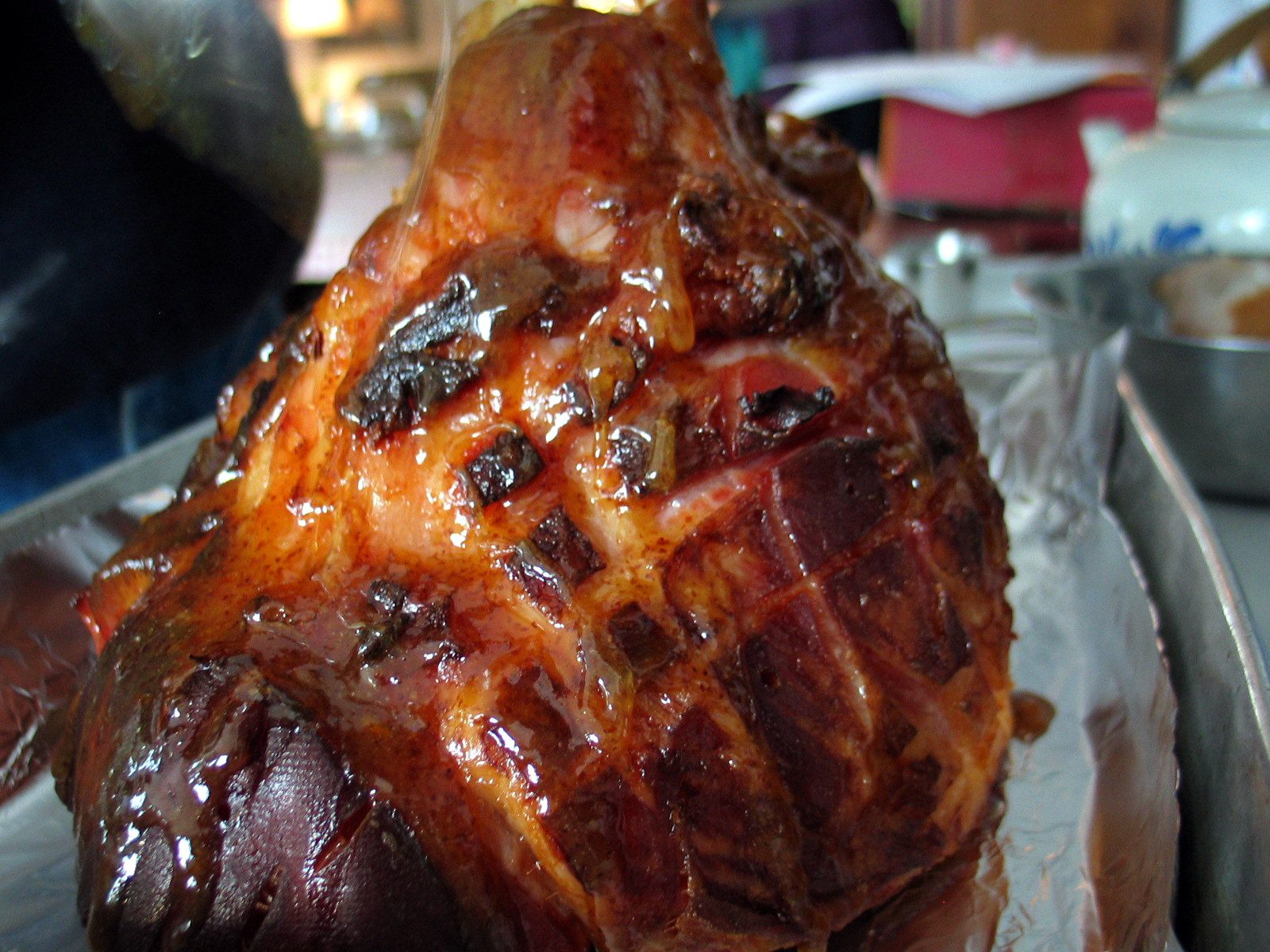 The final product was awesomely incredible. I ate seconds and thirds, and then I omitted the step where you take the food off the serving platter and put in on your plate before shoving it into your mouth and just ate directly from the serving plate, taking great pains to scoop up bits of the orange-mustardy goo that had puddled on the bottom of the pan. And then, when I could eat no more, I pushed my nose up with my finger and smooshed my cheeks together with the heels of my hands and snuffled Mr. Handsome’s neck till he squealed. 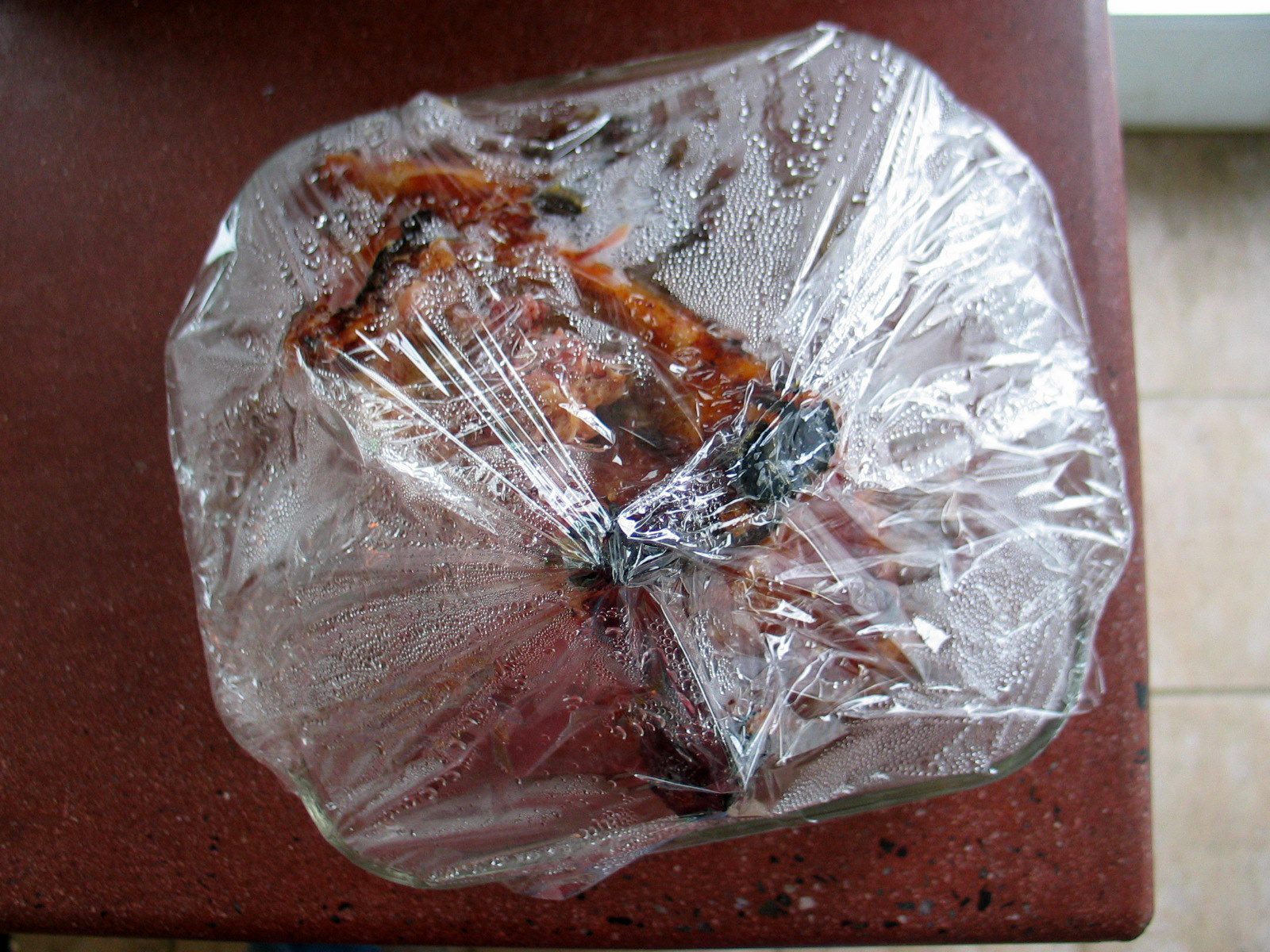 The reason there is such a disparity in the weight of the ham is that the recipe called for a 16-19 pound ham but Mr. Handsome bought a 7 pound ham and still made the same amount of marmalade. In other words, the marmalade is enough to cover a large ham, but if you choose to make a smaller ham, you just get more marmalade for your ham, which is not a bad thing. Of course, if you want to, you could always halve the marmalade recipe…

Also, don’t scrimp and buy generic mustard (or, for that matter, generic marmalade) because the flavors shine through—any inferior flavors you use will also shine through, though in that case you may wish they wouldn’t.

Trim excess rind and fat from the upper side of the ham. (Mr. Handsome was confused as to what was the “upper side” of the ham, so he just trimmed for a bit and then called it good.) Leave a 1/4 inch layer of fat, more or less. Score the fat in a diamond pattern and stick one clove in the center of each diamond. Place the ham in a roasting pan and bake at 325 degrees till the meat thermometer registers 120 degrees, about 2-4 hours, depending on the size of the ham.

Melt the marmalade in a small saucepan and whisk in the mustard and water. Boil till the mixture coats a spoon and no longer drips, more or less. It should take anywhere between 6-12 minutes.

When the ham is done, remove it from the oven and transfer it from the roasting pan to a platter. Remove the cloves from the ham (if you don’t, they will get stuck in the ham once you glaze it).

Now, if you want to reserve the juices and drippings for another time (bean soup, maybe?), set the roasting pan on a burner and turn it to medium heat. Whisk in a cup or two of water and stir, scraping the bottom, to deglaze the pan. Simmer the mixture for a bit and then pour the liquid into a jar and refrigerate it (the fat will float to the top; you can skim it off later).

Wipe out the roasting pan and line it with foil. Return the ham to the pan. Spoon the marmalade glaze over the ham, coating all sides. Bake the ham for 10-20 minutes and then take it from the oven and let it stand for another half hour before serving.