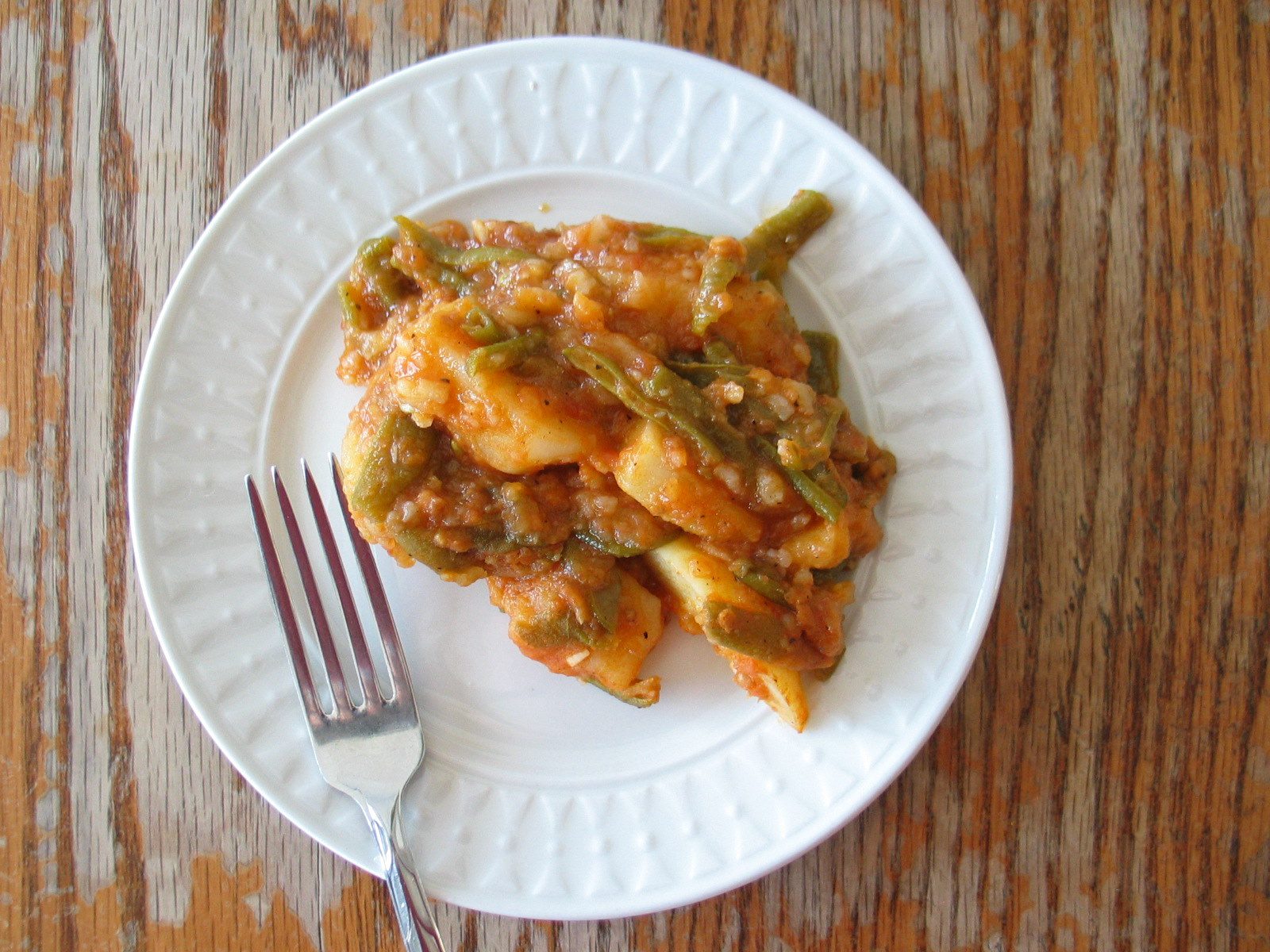 But then in the momentous last issue of Gourmet, I found a recipe for potatoes and green beans stewed in tomatoes. There was no corn, but I could forgive it that (if I wanted to be zealous, I suppose I could add a cup of the yellow kernels; seeing as the three vegetables are the Holy Veggie Trinity around here, it would probably taste divine.)

(Confessional clarification: I’m more likely to use peas as a side vegetable instead of corn, but corn belongs with potatoes and green beans in a way that peas don’t. Peas belong with brown-buttered carrots, macaroni and cheese, and applesauce—what we had for supper last night.)

But for lunch yesterday, we had the new, cooked-together combo of green beans, potatoes, and tomatoes. It’s a homey dish—no bells and whistles at all—the vegetables blending and mushing and wilting into a stew-like mass. But I liked it, and Mr. Handsome liked it. He told me so in his typical round-about, critical fashion by sputtering angrily, “It would be good if it wasn’t so hot and I could actually taste it!”

I served it topped with a fried egg and a sprinkling of Parmesan cheese (Gourmet suggests using feta, but I didn’t have any). It can also be a side dish, mounded beside something meaty. In any case, it’s a new, uncomplicated way to serve our good old standbys. And for that, we give thanks. 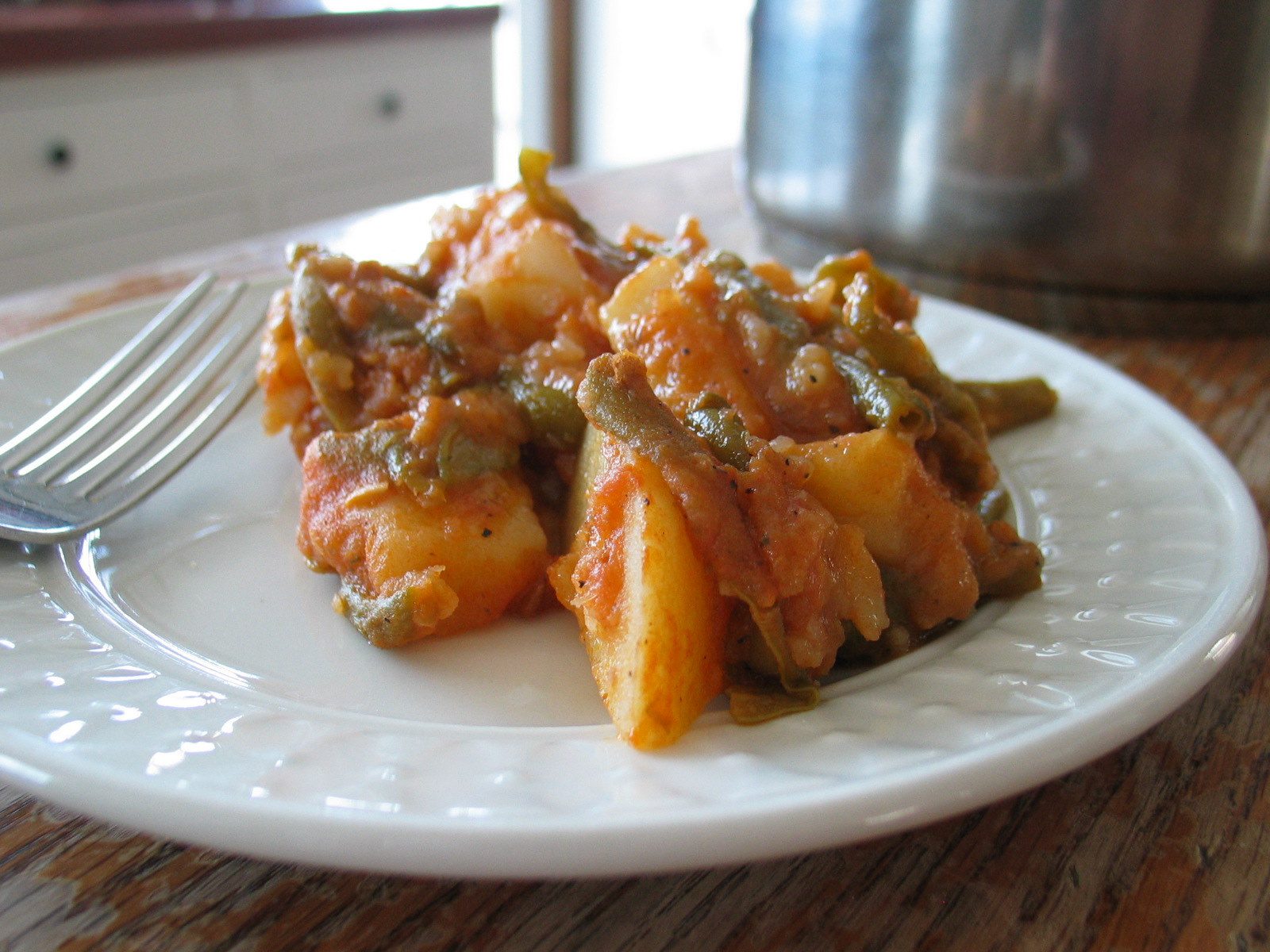 Put everything but the tomatoes into a saucepan and cook, covered, on medium high heat for about 10 minutes, stirring once in a while, until the vegetables start to stick to the bottom of the pan and have softened a bit. Add the tomatoes and cook for another 20 minutes. (If you want the final product to be more soupy, keep the lid on; if you want a thicker, scoopable side dish, keep the lid off so the liquid can evaporate.) When the potatoes are soft, remove about ½ cup of the chunks, put them on a plate, and mash them with a fork. Stir the mashed potatoes back into the pot and taste to correct the seasonings.

Serve the vegetables as a side dish, or for a heartier, one-course meal, top with a fried egg and cheese (feta, blue, Parmesan, etc).

Yield: enough for two to four people, depending on whether or not it’s a main course.

About One Year Ago: Another homeschool tirade—despite what our culture says, I believe teaching and parenting are the same thing.