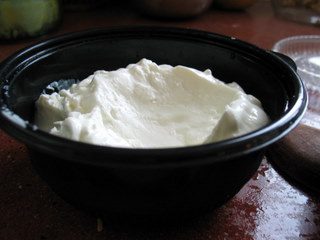 Lately I’ve been reading—both in current cooking magazines and on the web—a lot of recipes that call for Greek yogurt. Apparently this new food is all the rage (it may be an old rage for all I know, but it’s new to me and in this case, that’s what matters). Naturally, I was curious and I wanted to know what all the hoopla was about. So, in my periodic runs to the grocery store, I began to pause in front of the yogurt section, carefully raking my eyes back and forth over the rows of little cartons, searching for the new food wonder but never finding it.

That is, until several weeks ago. There! Up on the top shelf was a small selection of Oikos Greek Yogurt, a 5.3 ounce container for a dollar eighty-nine (if I’m remembering correctly). I picked up the small blue-and-white carton and studied the label, pondering the wisdom of such a purchase. Eventually I heaved a regrettable sigh and put it back—it was just too much money for too little yogurt.

However, the very next time I went shopping and passed the yogurt section, I glanced up at the Greek section as was my custom and stopped short. “Reduced for quick sale,” the sign read. “Fifty cents.” Apparently I wasn’t the only one who had thought the yogurt an extravagant purchase! I snatched up three or four of the little darlings and tripped merrily on to the peanut butter.

Back home, I tore off the foil seal and spooned some yogurt into my mouth. It was yogurt, but thicker and creamier—it was like sour cream, but yogurt. Amazing. I mixed some of the yogurt into a baking recipe where it served its purpose well (but because I didn’t make the same recipe with regular plain yogurt, I can not say if it was any better or worse), and the rest we dolloped into our bowls of spicy split-pea soup. 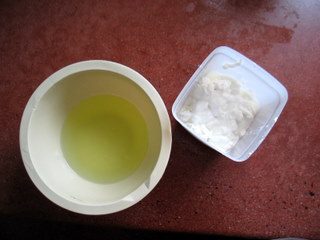 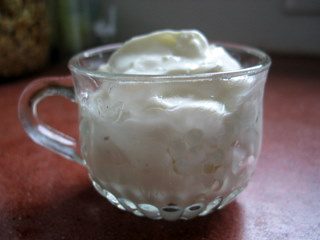 I’ve only done this with my homemade yogurt, so I don’t know if you can do it with store-bought. If you try it with the store yogurt, please report back—I’d like to know how it turns out.

Take care not to drain the yogurt for too long because then you’ll get yogurt cheese.

By “cheesecloth” I don’t mean a porous, loosely woven cloth, but a thin cloth with a regular weave. In other words, not a fuzzy tea towel, but something that is woven tightly enough that the yogurt won’t ooze through. 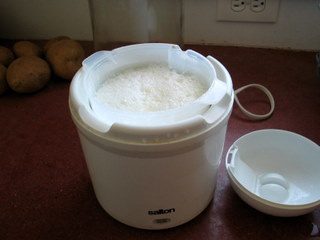 1 quart homemade yogurt, freshly made and still warm
A cheesecloth (or other thin tea towel)
A thick rubber band
A wooden spoon
Some hooks from which to hang the bag of drippy yogurt 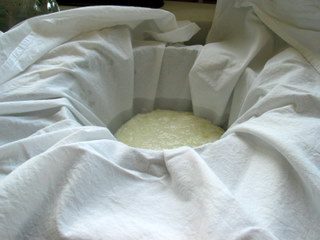 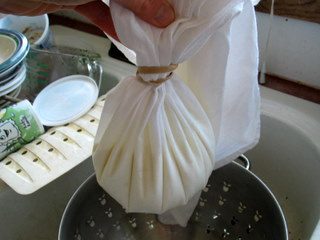 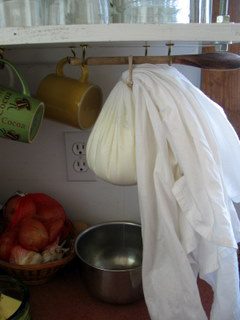 Take down the bag of yogurt, remove the rubber band, and scrape the yogurt into a pint container. Cover the container tightly with a lid and store it in the refrigerator. Toss the whey, or use it in baking, or feed it to the dog.

Eat the yogurt plain, or use it in baking or as a garnish for soups and salads. Use it any place that you might use sour cream (though I’m not sure how it would hold up to stove-top cooking—I think it would probably curdle).

About One Year Ago: Oatmeal Bread.