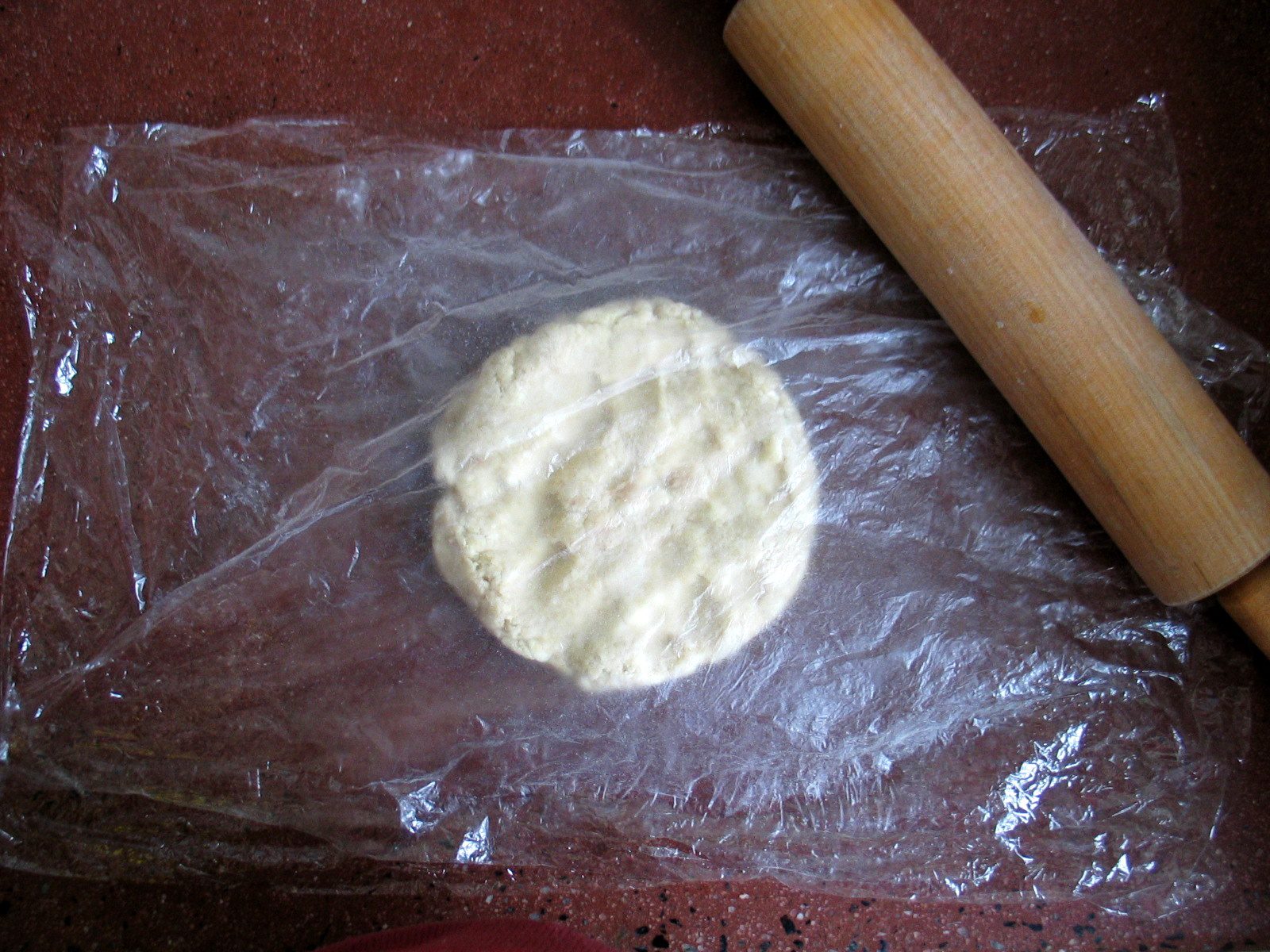 Have you heard the news? Gourmet magazine is shutting down.

Even though I’ve never subscribed to the magazine and have opted instead to snatch the issues off the library stacks and photocopy the recipes that appeal to me, I’m sad. There is something special about a once-a-month magazine, each new issue a scrumptious present for every food-loving subscriber (or borrower) with its seasonal recipes and stories. And while I can find lots of that information on the web, there is something uniquely satisfying about taking a thick, sleek magazine up to bed with me, flipping through all the glossy pages to the end of the magazine to finish off an article or find that caramel corn recipe, and, when tired of reading and ready to turn off the light, allowing the magazine to flutter-smack its way to the floor where it will stay till I scoop it up in the dusky morning light before tip-toeing down the stairs to make my cup of coffee. I’ll miss that.

While I don’t go for all the magazine’s recipes, it certainly has opened my eyes to the wide variety of flavor combinations and has given me quite a few delicious recipes (here’s one, and another, and another, and still another). 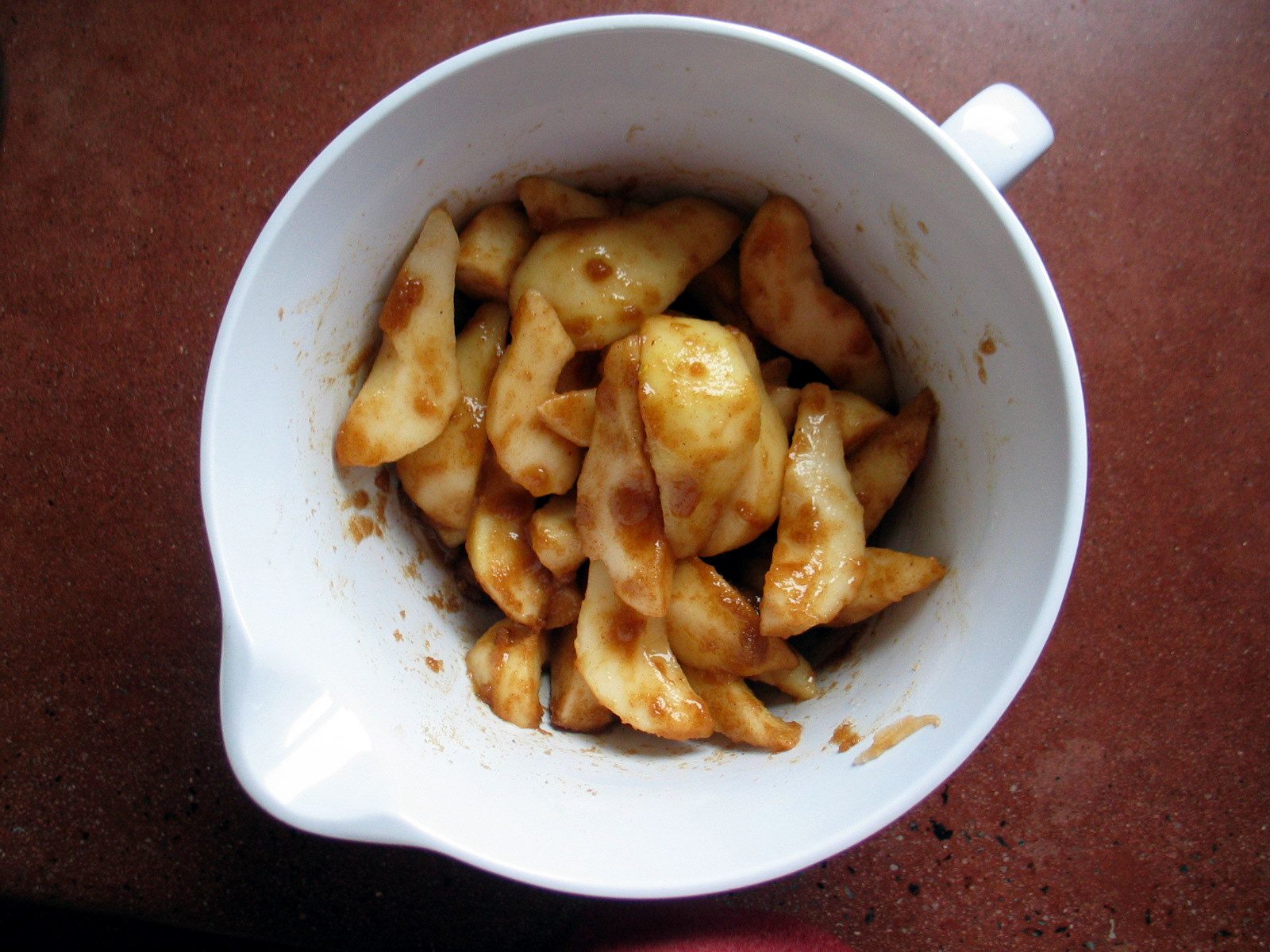 The magazine has given me some duds as well, the most recent one being the apple pie with cheddar crust that I tried last week. I’ve never been a fan of cheddar cheese with apple pie, though I love apples and popcorn and cheese for a Sunday night supper, so I decided to give the recipe a shot—maybe slipping the sharp white cheddar into the crust would be just the thing that would sway me, turning me into a classy apple-pie-and-cheese-eater. Alas, the pie was good, but it resembled more of a baked apple in a cheese crust type of thing—it wasn’t pie, sweet and spicy, how we think of it. The kids didn’t really like it, and I forgot about it so it molded. The chickens appreciated my efforts, though. 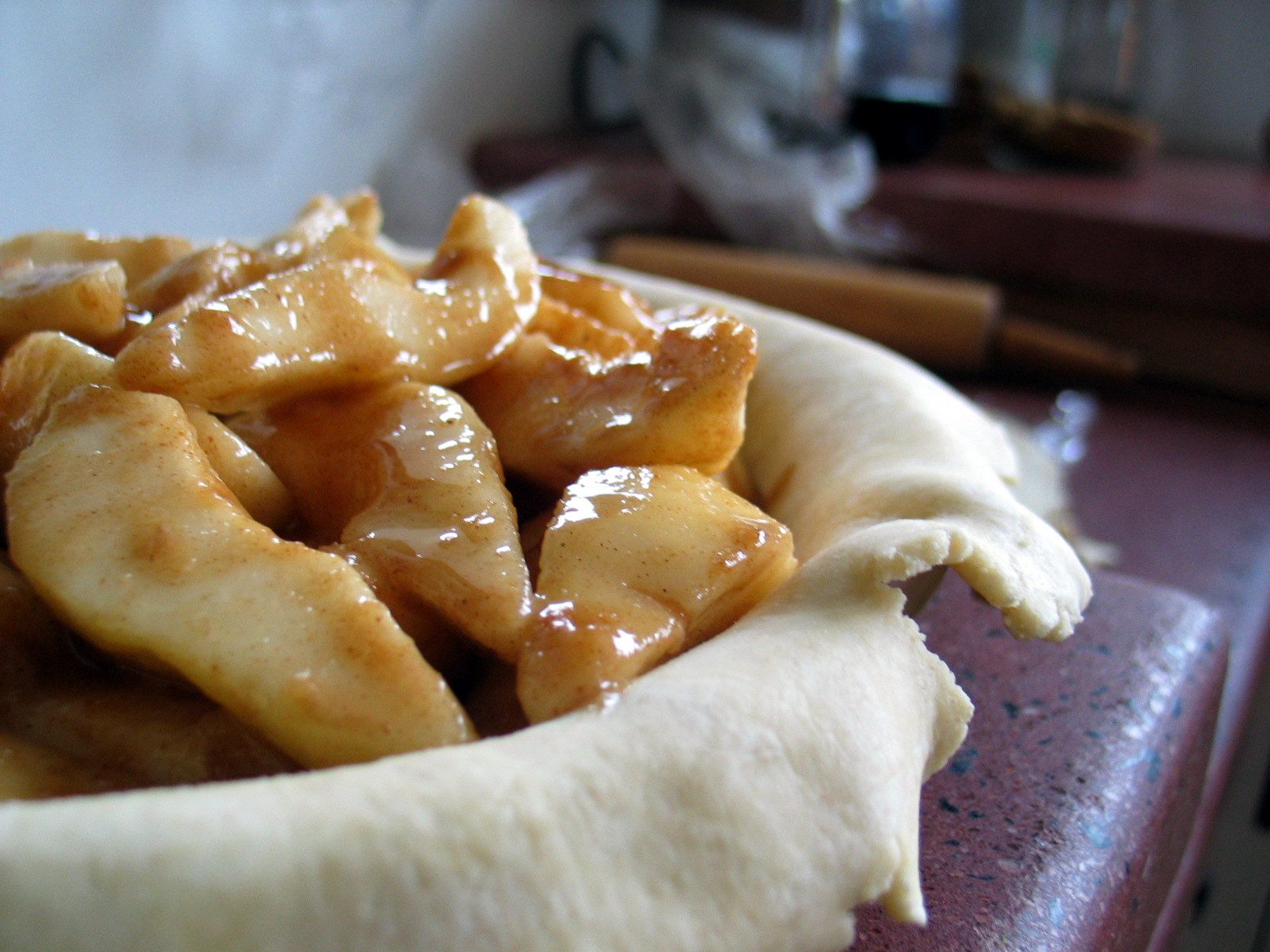 A couple months ago I tried another of Gourmet‘s gourmet pie recipes, the peach caramel pie. I didn’t like that one either. There was too much crust and the flavors were ho-hum. I much, much preferred my peach tart. Gourmet wasn’t doing too good a job on their pies, as far as I was concerned. 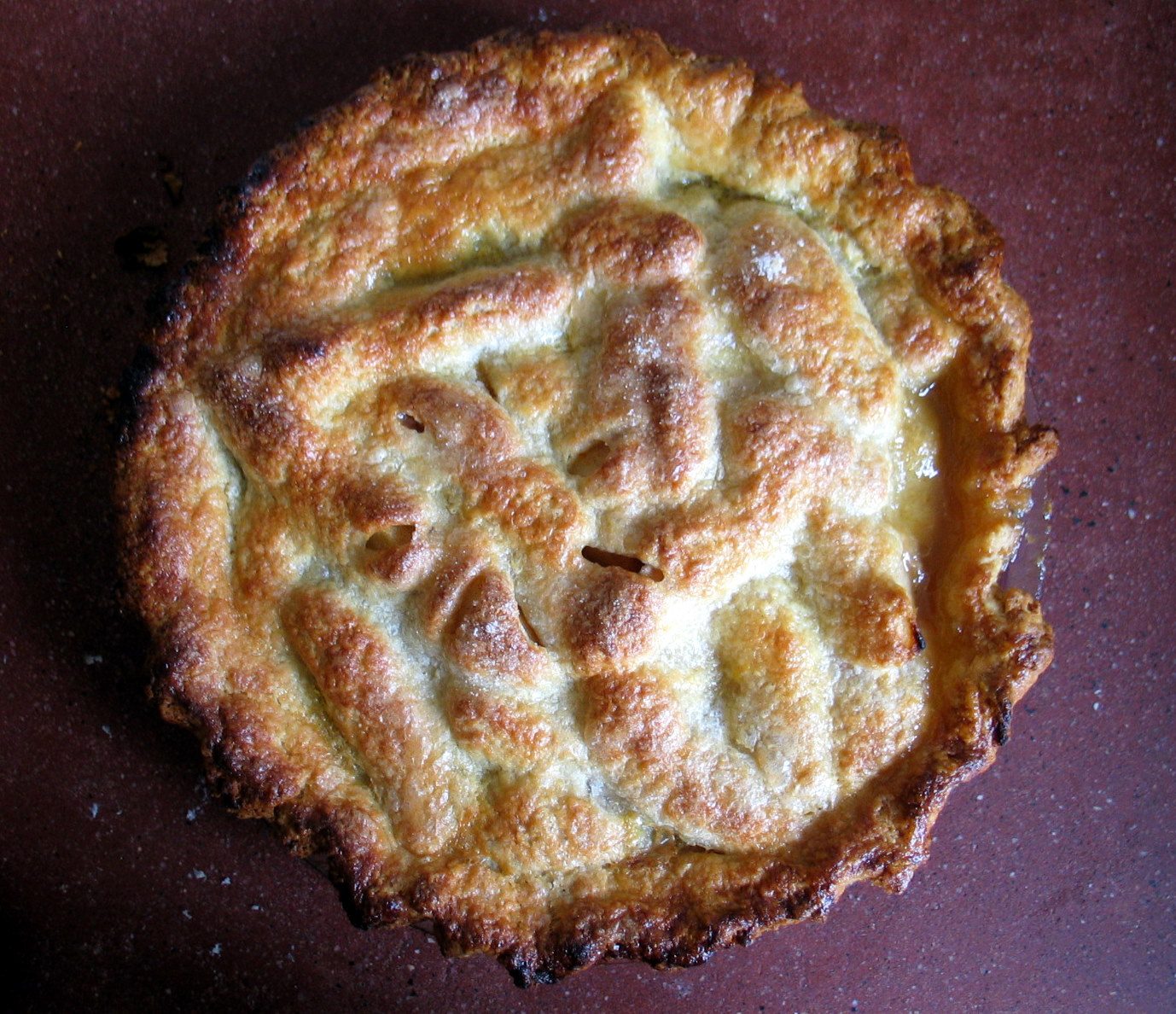 But then, in the same issue as the apple cheese pie, there was a recipe for pear butterscotch pie. Figuring that one pie out of three had better turn out okay, I decided to try it. And guess what? My efforts finally paid off! Simple, sweet, fruity, gently spiced, buttery, not-to-juicy and not-to-dry, the pie was all around delightful. 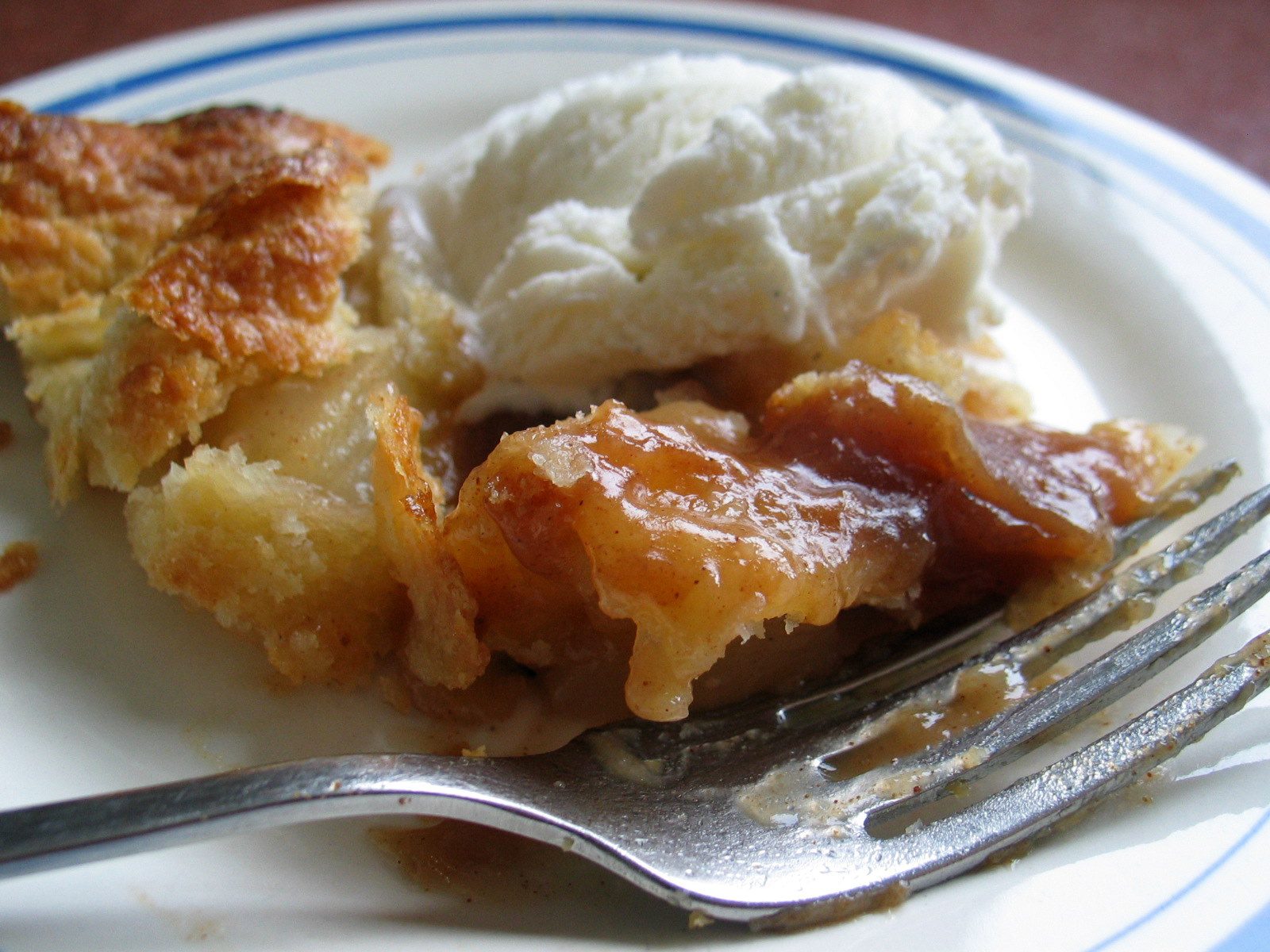 Whatever am I going to do without Gourmet? I don’t know. My future library trips don’t seem quite so thrilling. Ah me, and oh well. I do know that whenever I make this pie, or any of the other yummy recipes I have gleaned from its glossy pages, I will think fondly of the mother of all food magazines and of the few years that I got to savor it. 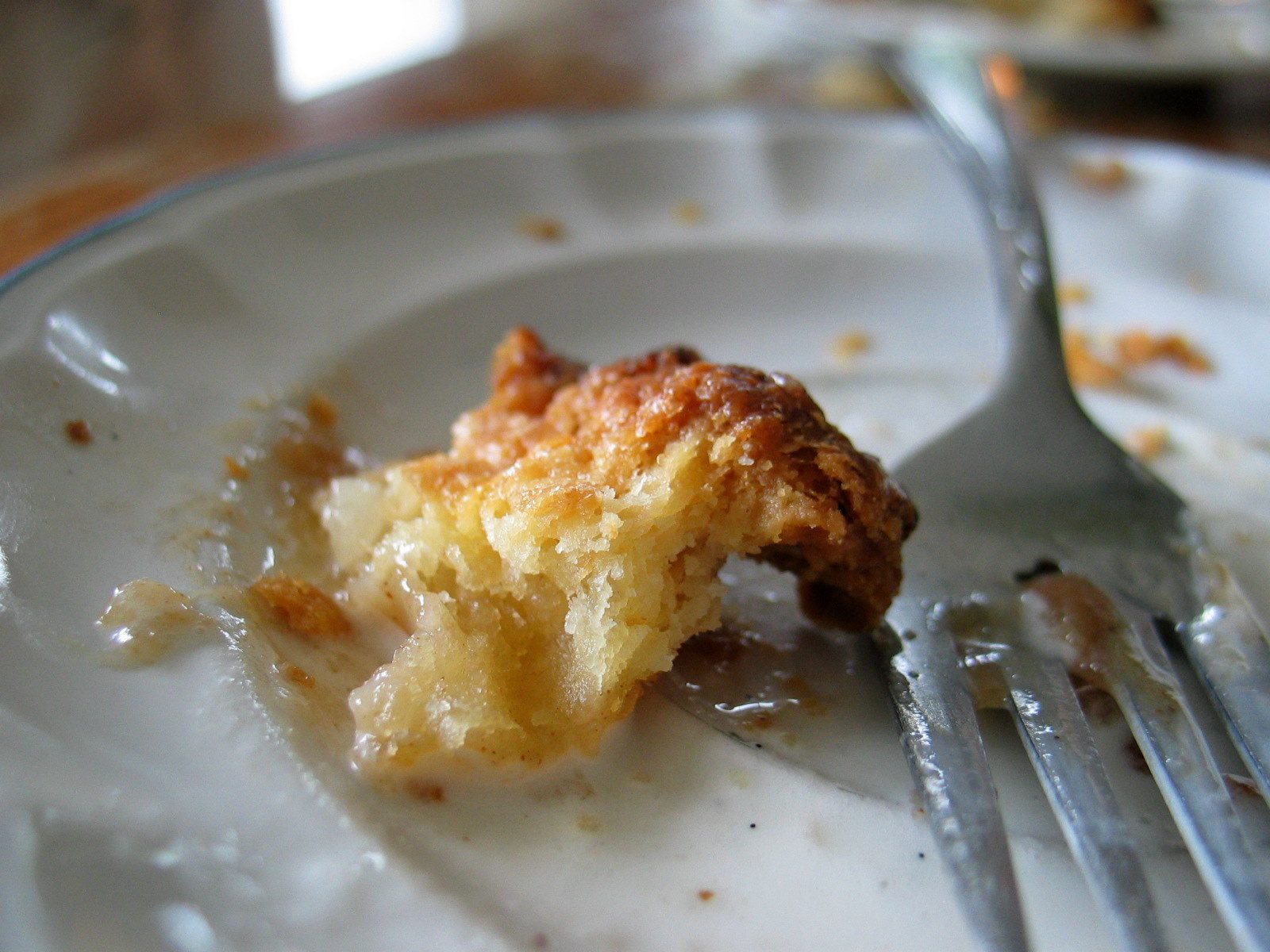 (I do have quite a few photocopied recipes that I still haven’t tried. That’s something, no?)

Place a baking stone on the bottom rack of your oven and turn the oven to 375 degrees.

In a small bowl, combine the flour, brown sugar and spices and add to the sliced pears. Sprinkle the vanilla and lemon juice over top. Gently toss to coat the fruit. Let the fruit macerate for 15 minutes or so while you roll out the pastry.

Fit the bottom pastry into a 9-inch pie plate, allowing the extra dough to hang over the edge. Pile the pears in the pie shell. Dot the pears with the tablespoon of butter.

Roll out the second disk of pastry and position it over the fruit. Remove excess pastry (too much crust and you’ll overwhelm the fruit; too little and the crust will burn before the pie finishes baking) and crimp the edges together. Cut several air vents into the top crust, brush the top crust (including the crimped edges) with the egg mixture, and sprinkle liberally with sugar.

Bake the pie for 30-45 minutes, checking every fifteen minutes or so, and placing some foil around the edges of the pie if the crust is darkening too quickly. When the pie crust is golden brown and the juices are bubbling, remove from the oven and cool to room temperature.

Best eaten, the same day it is baked, with vanilla ice cream.

About one year ago: Sweet Rolls.