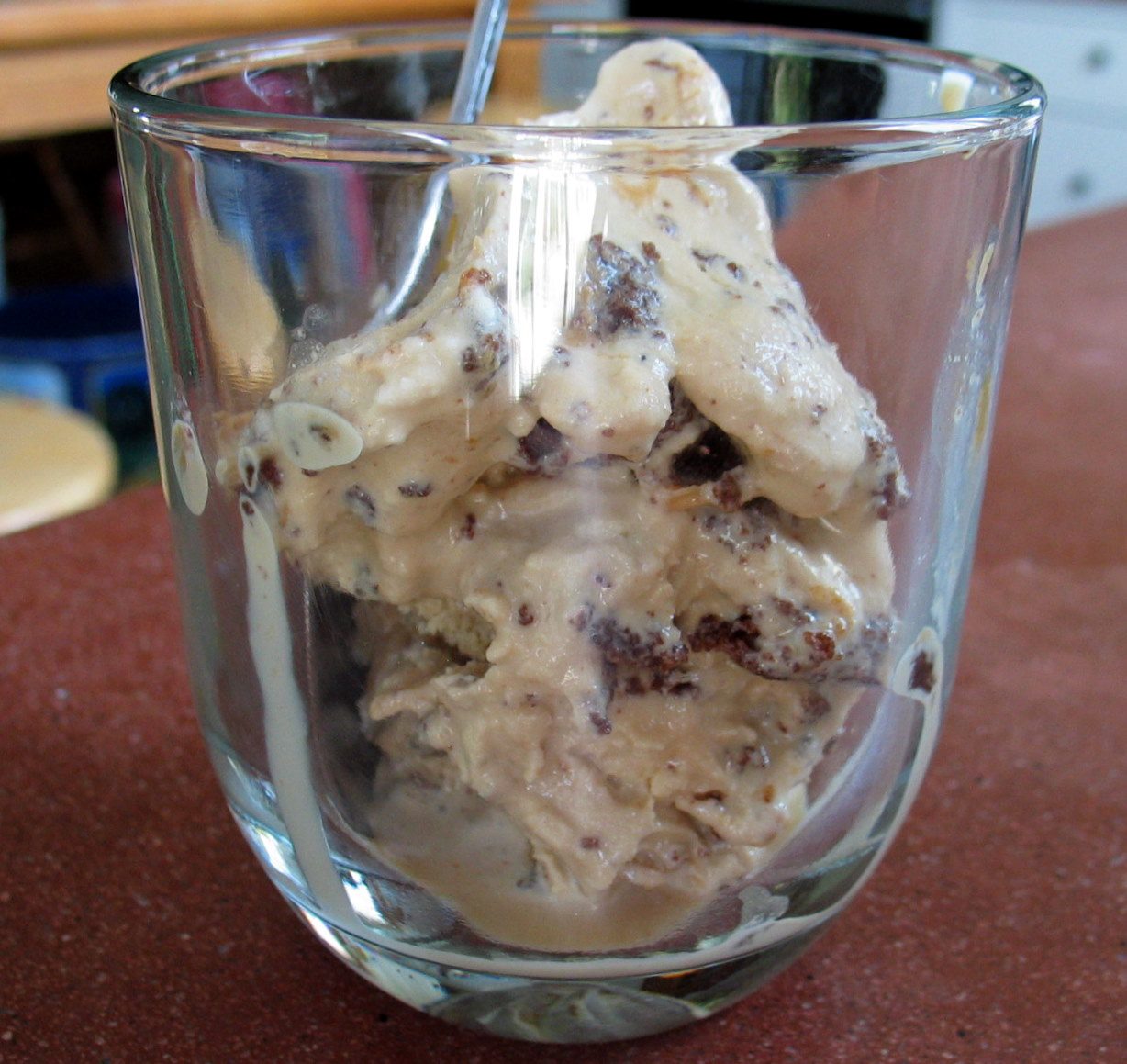 Two nights ago I made the mistake of eating coffee ice cream before going to bed. The eating was not a mistake; the timing of it was. For the next several hours, I slipped in and out of the thin sleep of a caffeine overdose till one in the morning when I finally fell into a deeper sleep. Upon waking the next morning I resolved to not do anything so stupid again, or at least for a very long time (I made the same resolution multiple times between 10 pm and 1 am, but when I woke up that morning, I knew that I really, really meant it). And I also resolved to eat more of that ice cream ASAP. So yesterday afternoon when Mr. Handsome was leaving to go pick up Yo-Yo and Miss Becca Boo from Venture Club, I begged him to take Sweetsie and The Baby Nickel along for the ride. I wanted to have the house free of kids so that I could fix my bowl of ice cream and then eat it in peace.

The only problem was that The Baby Nickel was burning up with a fever and curled up in a chair. When Mr. Handsome asked him if he wanted to go along, Nickel just laid there, his eyes searing holes in his head. I pleaded with Mr. Handsome, “Just take him! He’ll be fine.” But Mr. Handsome said no—he was obviously too sick. I looked at my little boy and said to him sternly, “Then if you stay here, you can’t bother me. I’m working.”

I’ll do anything for five minutes peace…and a bowl of ice cream. Sad, but true.

Mr. Handsome and Sweetsie went out to the car, I turned back to my work (I really was working; there was no ice cream in sight…yet), and then I heard some stirrings. I looked up and there was the Baby Nickel, wobbling and shaking, but standing upright. “Do you want to go with them?” I asked hopefully. He nodded woozily. Oh joy! I hustled him out the door and called to Mr. Handsome, “He changed his mind! He’s coming with you!”

And then I rushed back inside and started fixing my fix.

It wasn’t just coffee ice cream I was eating—it was a bunch of other stuff with coffee ice cream for the base. I got the idea for this ice cream from Cold Stone Creamery (just as often I accidentally call the place “Stone Cold Creamery,” which reminds me of being dead or high on pot, and I’ve never been either, though I just realized that I do get high on ice cream, so maybe there is a correlation after all). They have some fancy name for this concoction that I can’t remember now, so I’ll just call it Coffee Fix Ice Cream. I fix it and it fixes me. It’s a pretty good deal. 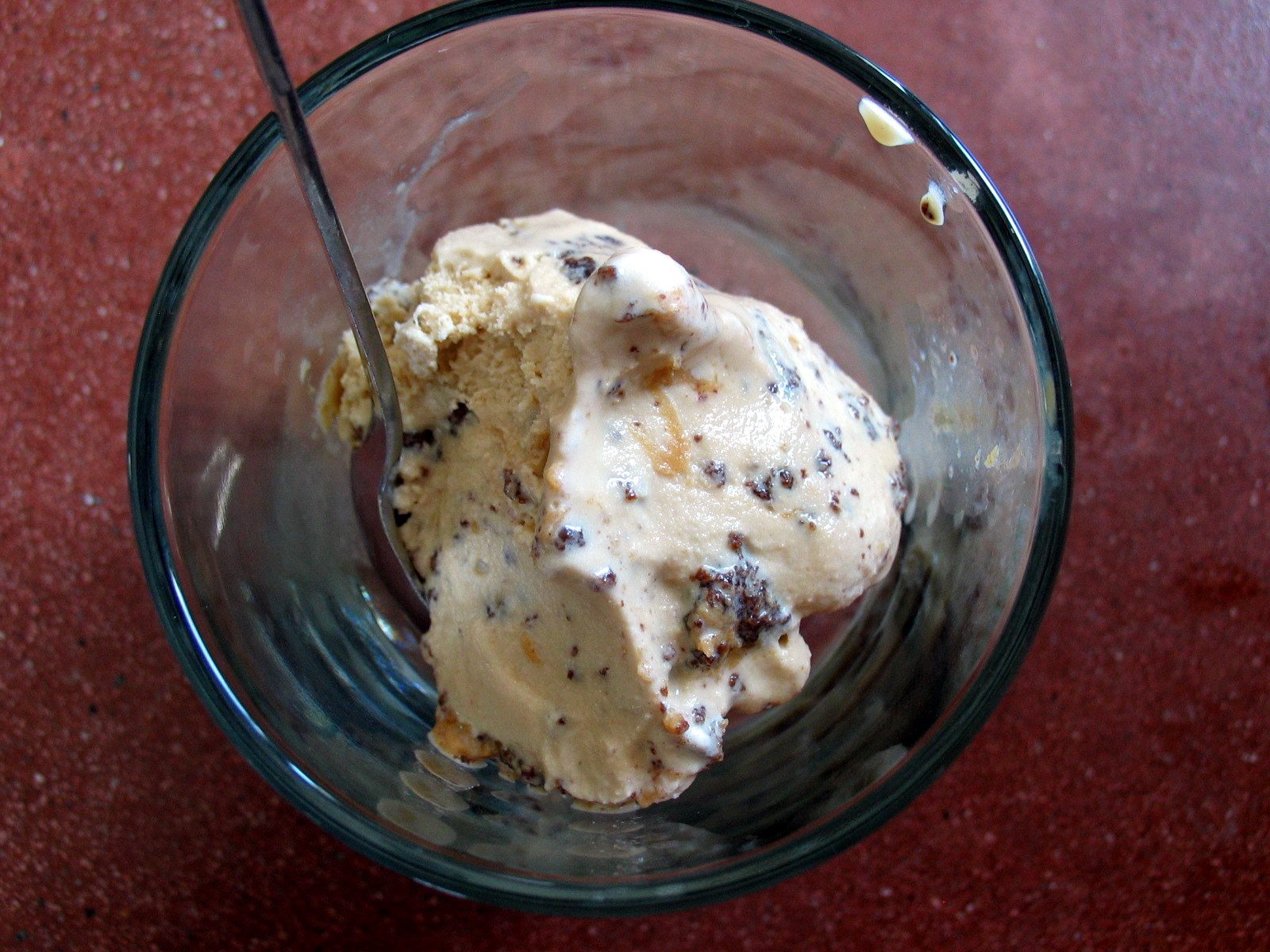 The ice cream is the star player in this dish, so don’t skimp; however, the caramel and peanut butter are the highlights, and while it’s hard to exercise restraint when doling out these condiments, you really must. (If you mess up and add too much, you can always throw in more ice cream.)

If you want the brownie to stay in nice little chunks and not get crumbly, then freeze it first. 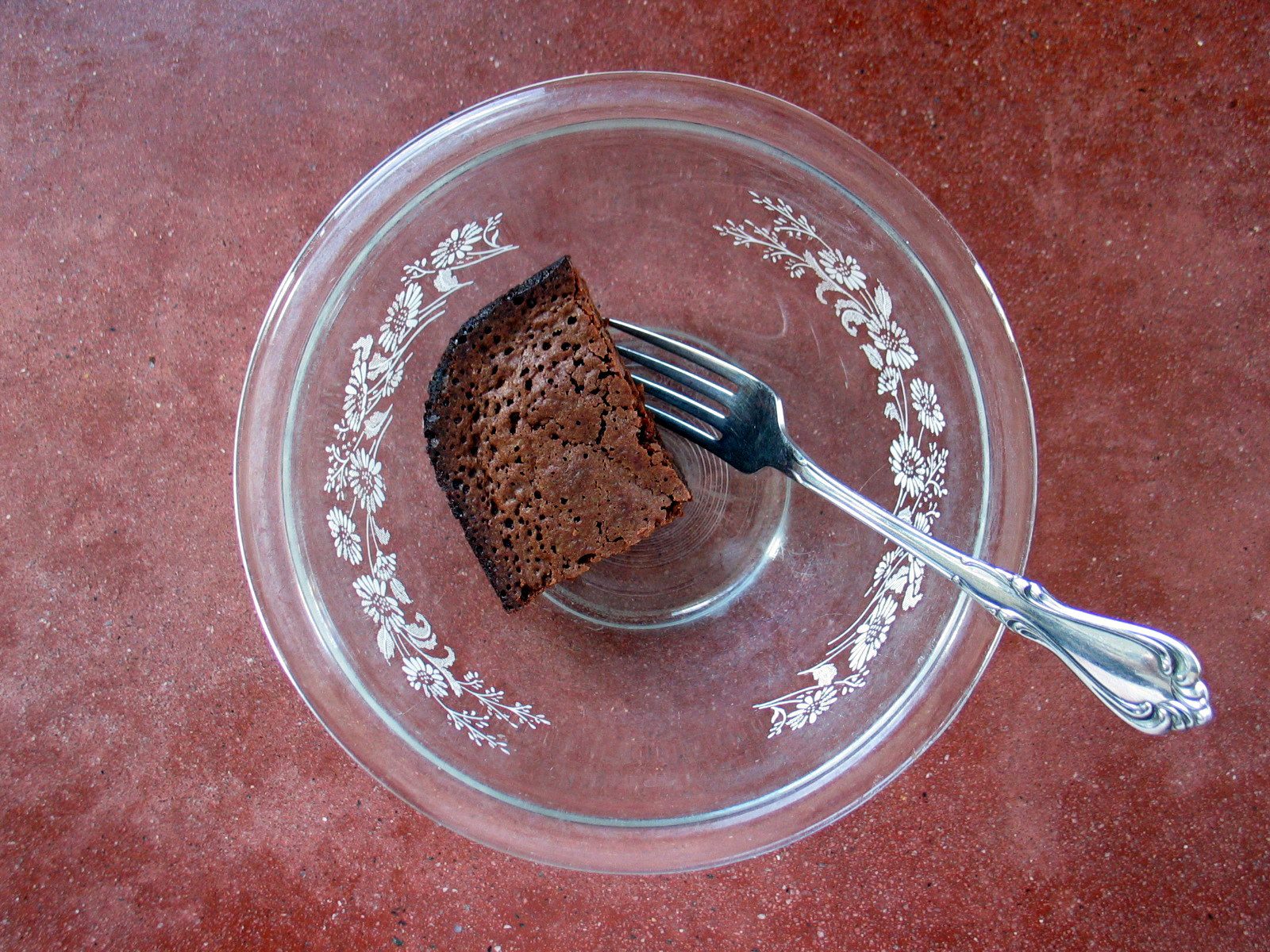 Put the brownie in the bottom of the bowl and break it up with a fork. 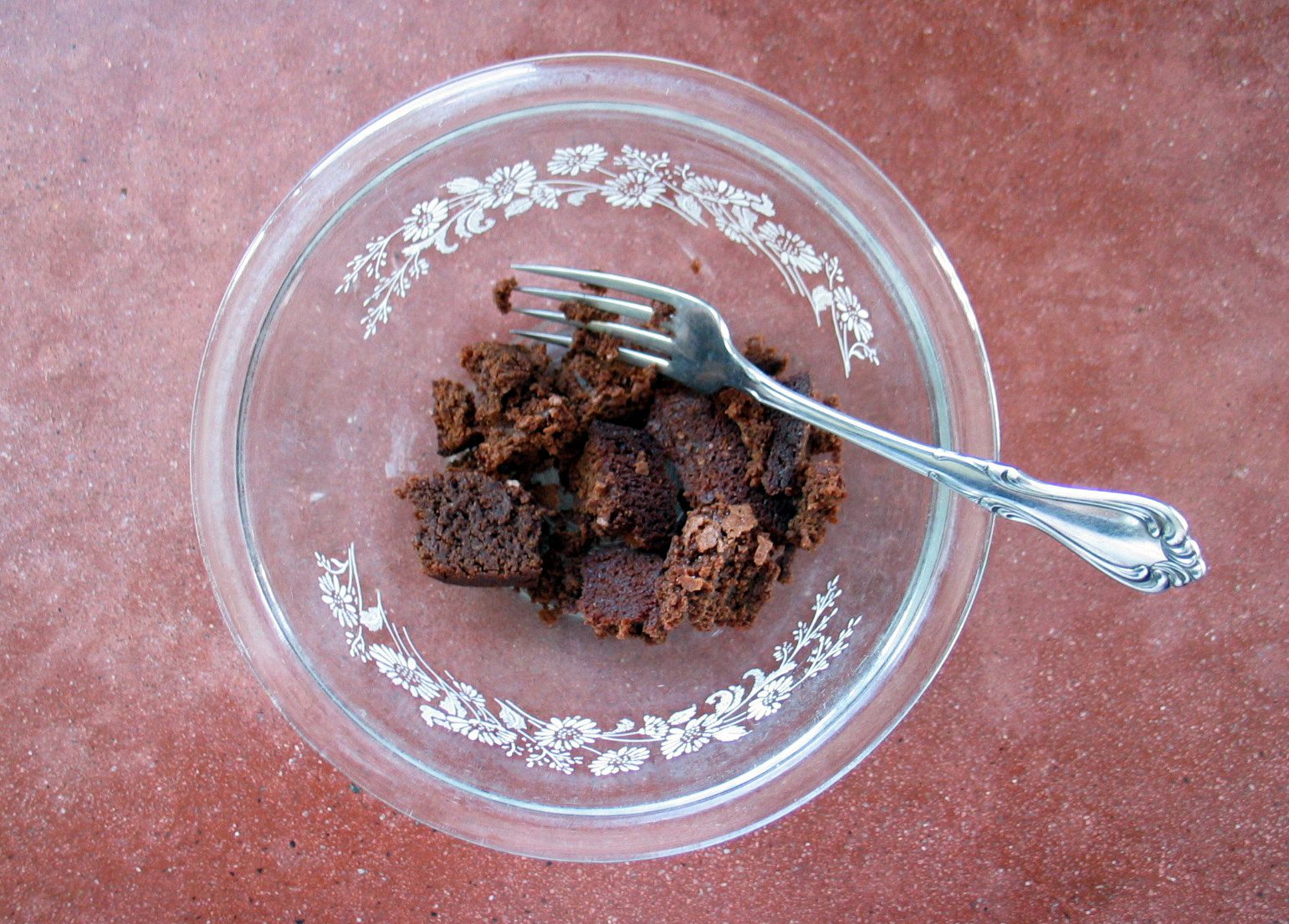 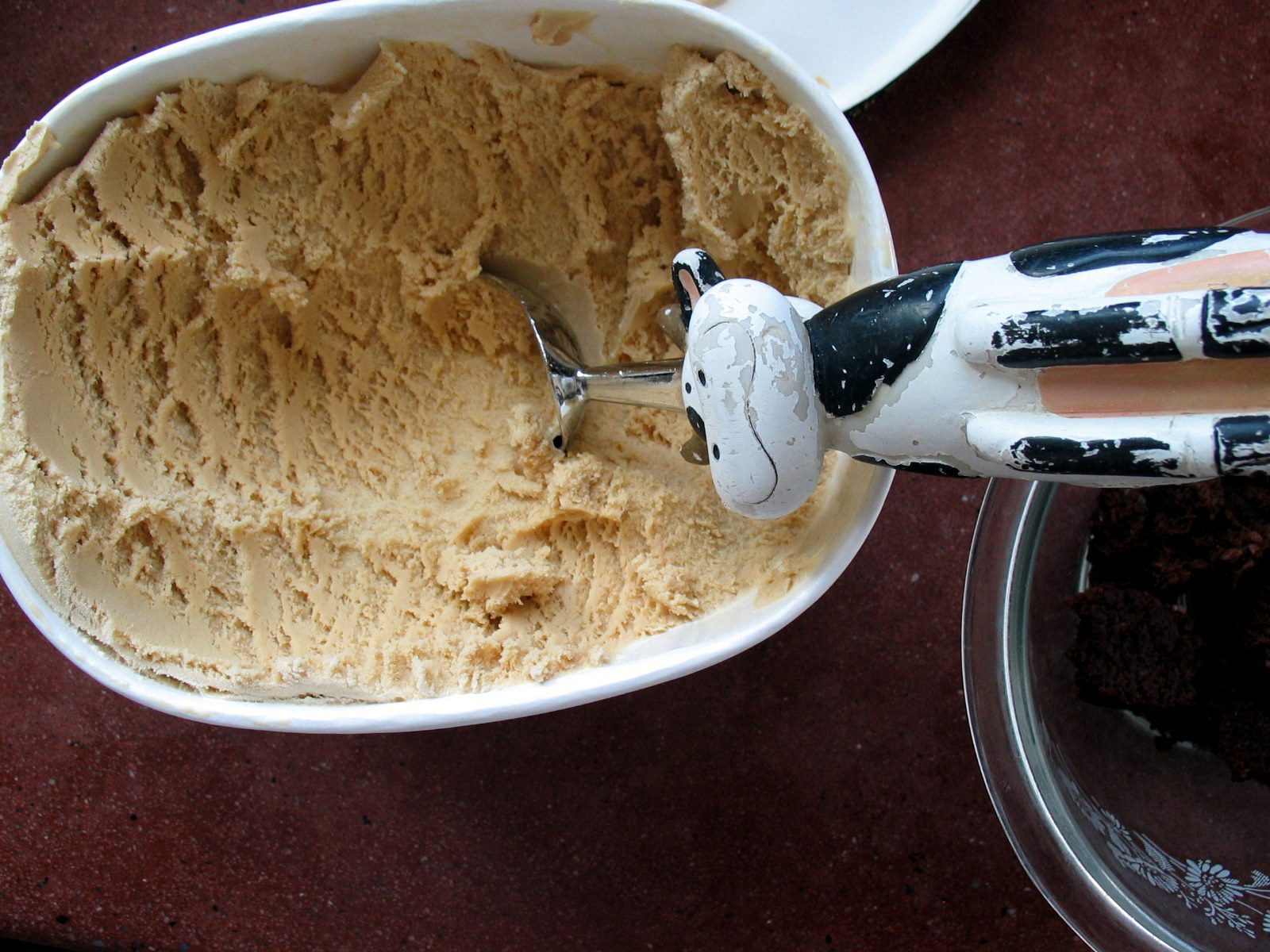 Smear one to two tablespoons of peanut butter over the ice cream. 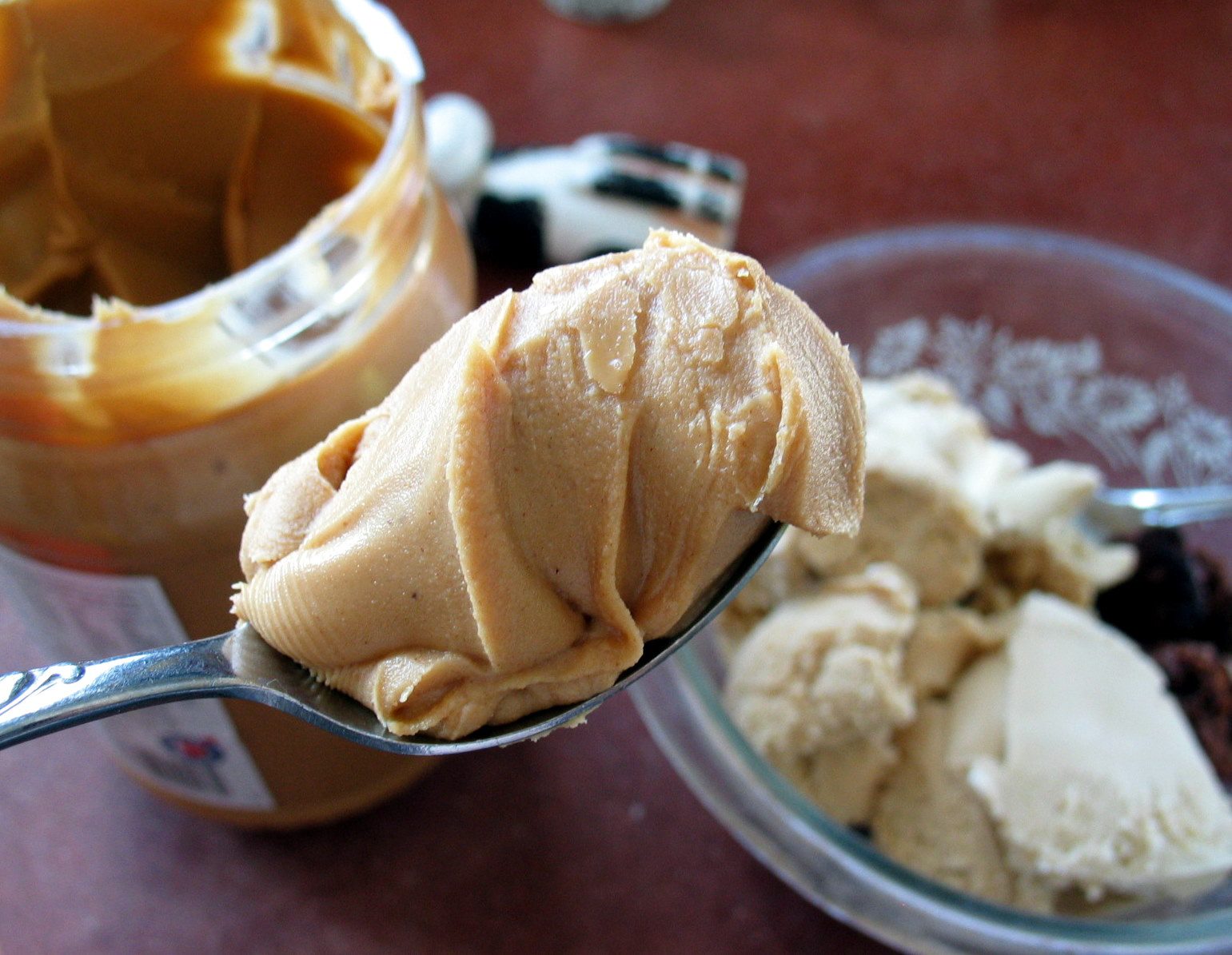 Drizzle one to two tablespoons of caramel syrup over everything. 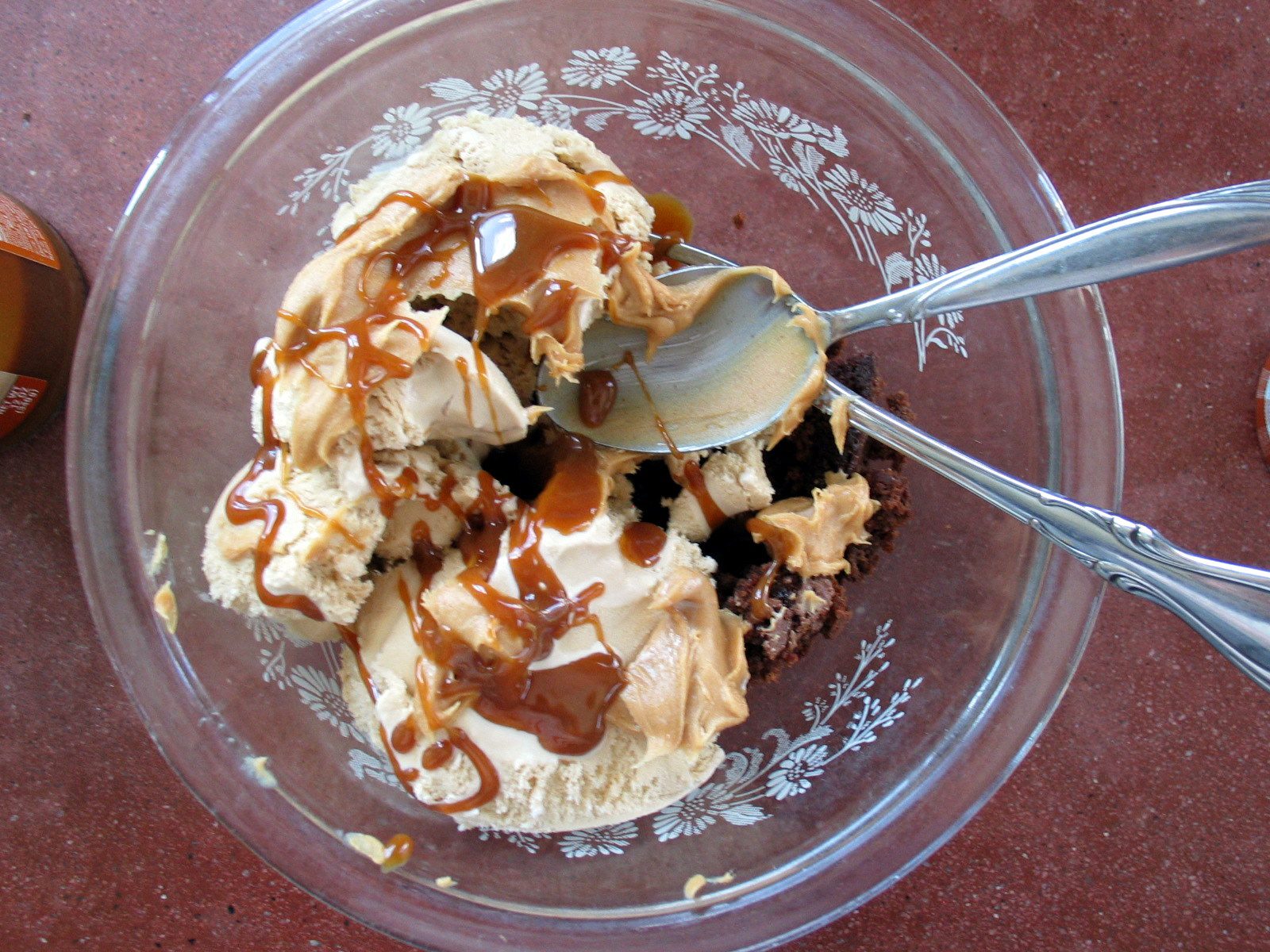 Using a combination of stirring utensils and fingers, mash the mixture together. 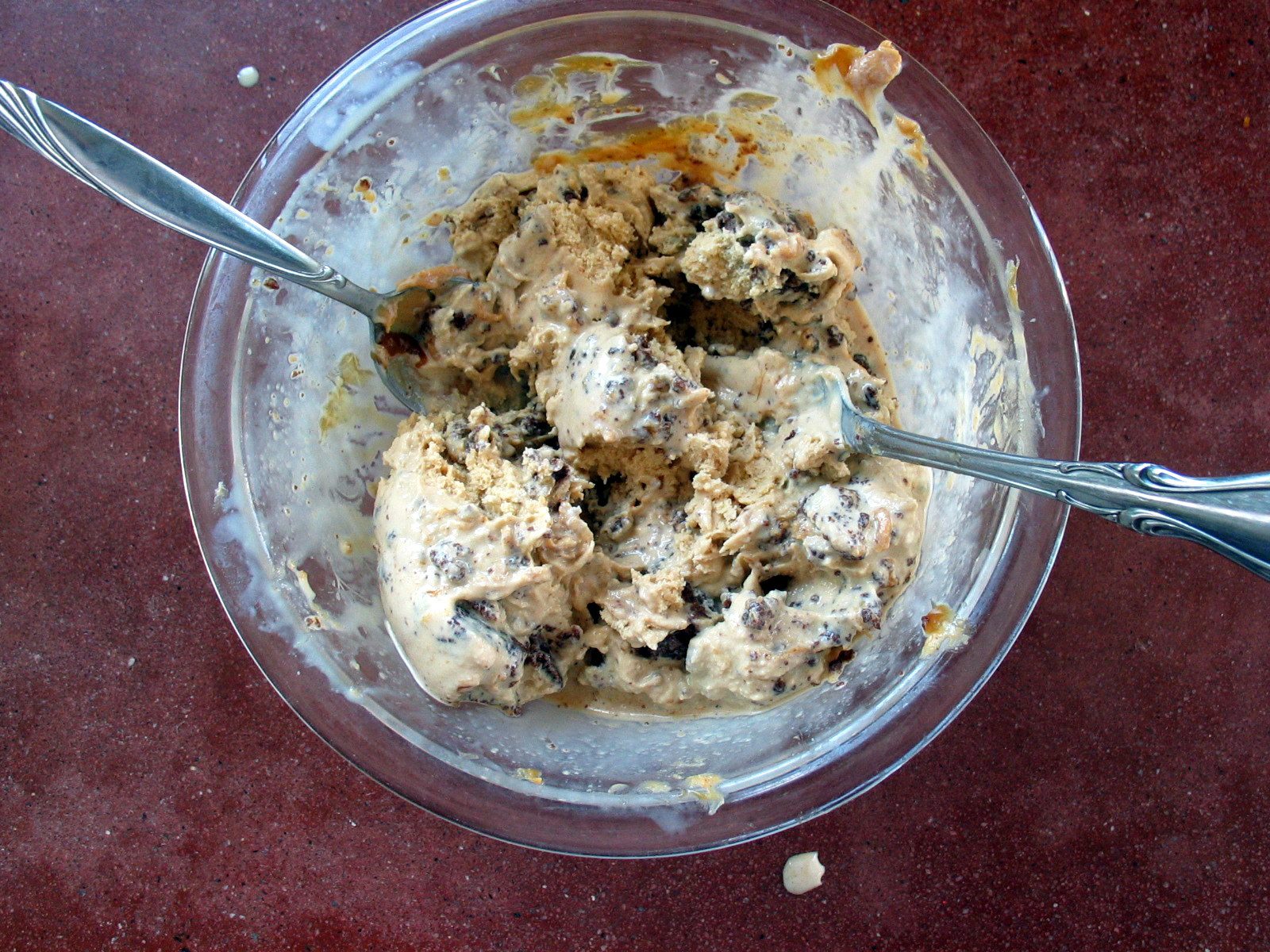 Divide the ice cream between bowls (or, if you are eating solo, store the extra ice cream in a plastic container and freeze for another time), and enjoy. 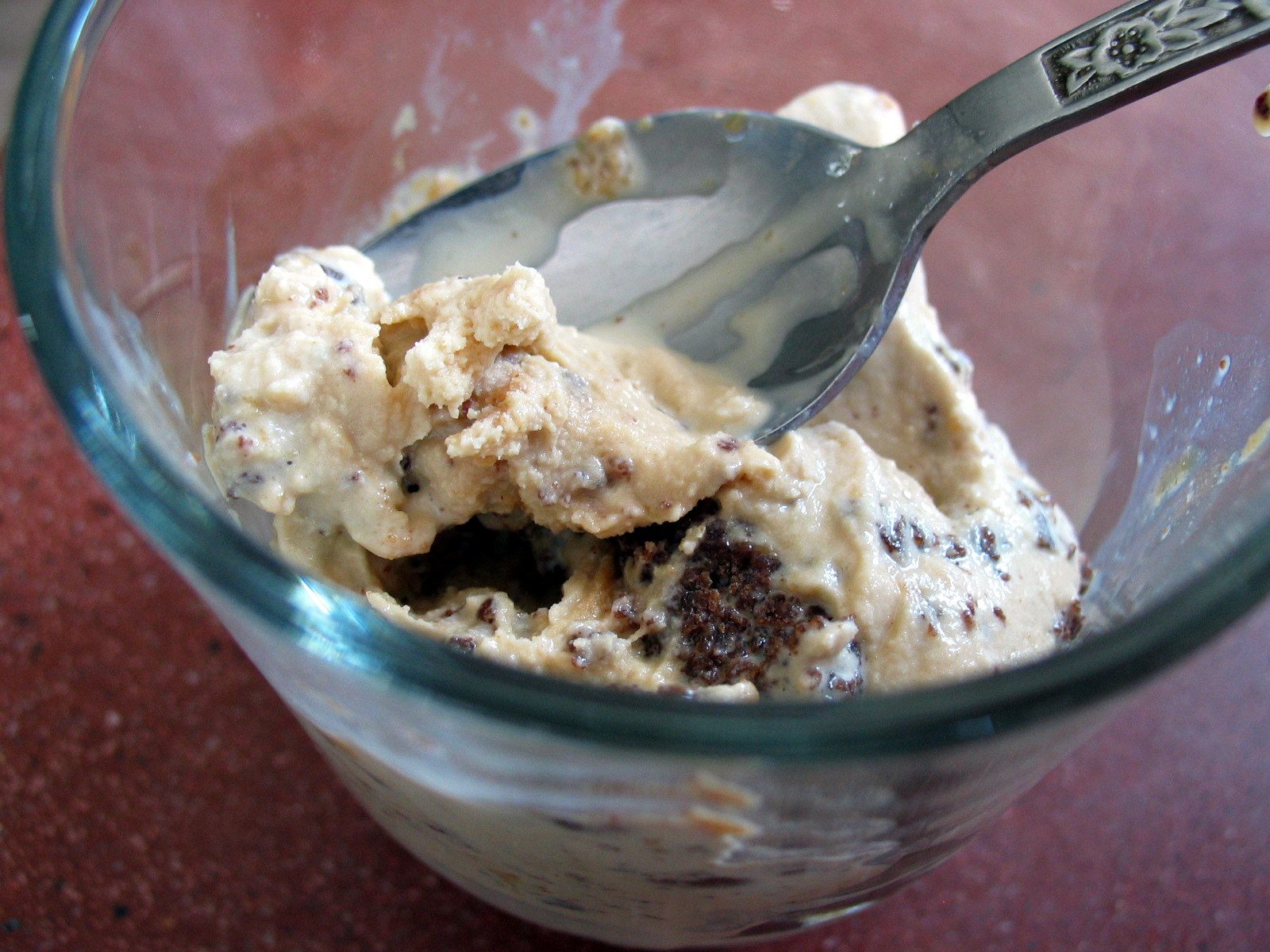 About One Year Ago: A gazillion things, including Ricotta Cheese and Pesto Torte.