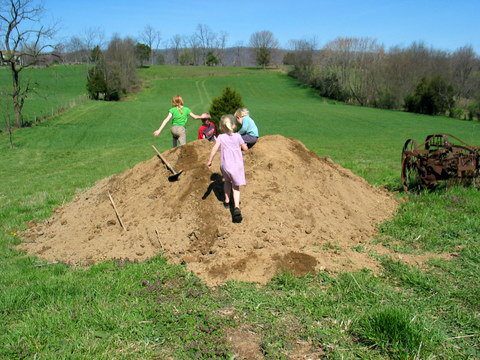 For decades, kid specialists have been studying the habits of children in an effort to figure out what it is that children most want and need (aside from the basics in which we are well-versed: food, clothing, shelter, and a good-night kiss). Parents are desperate for this information, and have been steadily throwing their money to the corporate gods in their quest to purchase the perfect plaything for their darling children: Wiis, Nintendos, American dolls, rainbow-colored swing sets, not-so-little battery-powered jeeps that the children can ride in themselves, remote-controlled helicopters, bouncy balls, hula-hoops, inflatable swimming pools, and so on. They are searching in hopes that they will find something that will make little Billy and Susie inordinately happy, something they will actually play with, something that won’t break after a measly five minutes of enthusiastic handling, and, this is most important, something that will buy the weary parents a few consecutive minutes of peace and quiet.

Dear Parents, I am hear to tell you that we now have the answer to that question. Thanks to a intensive scientific study conducted by some child-study experts in rural Virginia, we have unearthed the magical, hot-ticket item. Not only is this the highly sought-after toy that can, and will, be played with for hour upon glorious hour, it is composed of one hundred percent recyclable materials so it will never end up in the landfill. This plaything is sturdy, elemental, and uncomplicated. It doesn’t have parts than can get broken or small pieces that can get lost and subsequently render it useless. It is appropriate for children of all ages, from toddlers to teenagers, and Billies and Susies the world over are guaranteed to love it.

What is this toy, you ask? It’s so simple that you may at first be disbelieving and maybe even disgusted—discovering that what you’ve been seeking is so simple, especially after you have spent many hard-earned dollars, may at first glance be rather disheartening. But take courage—we are all inclined to miss the simple things in life. Your disbelief and incredulity will quickly turn to relief and excitement.

This most amazing of amazing toys is—drum roll, please!—a couple dump-truck loads of … dirt. That’s right, dirt! Simply purchase some clods of sod (soil, really, but “sod” rhymes better) and your children will know what to do. To obtain some dirt, call your local excavating company and order two or three loads (the largest size possible—the big dump trucks are part of the fun) of topsoil. It will cost you a bit, perhaps two to three hundred dollars, but considering that the dirt will not go to waste (you can use it once they’ve finished with it), it’s an all-around solid expenditure. It will quickly become obvious to you that dirt is all your kids ever really needed or wanted. Of course, they don’t know that—most kids don’t go around begging their parents for a pile of dirt—so it’s up for you to show them.

In order to get the most value out of this purchase, the Virginia child-experts recommend that you not call this purchase a gift. Simply buy it and then pour yourself a cup of coffee, put your feet up, and watch the party begin!

Okay, so we didn’t actually do this for the kids. 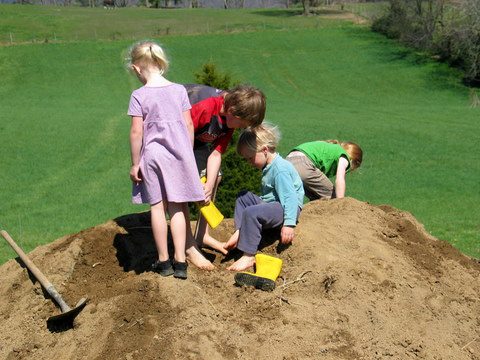 Mr. Handsome purchased this soil for some reason that I’m not clear on, probably for some deficient places on our property, like my flower gardens. But almost as soon as the trucks rumbled out the gate and off down the road, the kids laid claim to the brand new mountain of dirt. 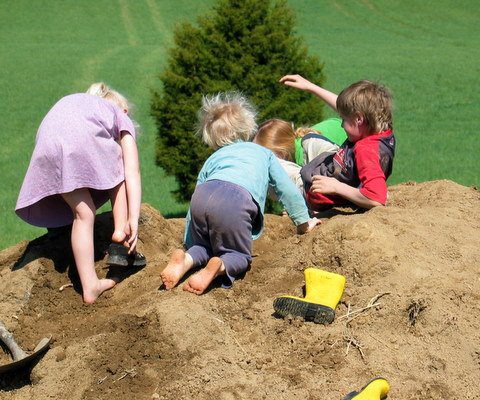 I decided my flower gardens weren’t all that important. 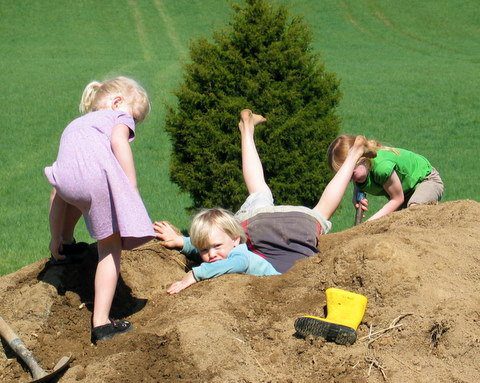 My mom always said that kids need to dig. It’s a primal need, instinctual. My brothers used to dig holes all over the property (at least that’s what it seemed like), and my balding bro even wrote a song about it called The Hole to China. Parts of the song go like so:

They say if you dig the whole way through
There are people there to be friends with you.
After you pop out of the ground,
They’ll say, “Wash your face if you want to stick around.”

I’m going to wear my swimming suit.
I’ll take along a parachute.
So if it rains I’ll just swim round and round,
And if the hole falls through I’ll fall safe to the ground.

So boys and girls go grab a shovel.

Come with me, let’s dig a tunnel.

All the way to China.

My kids dug some holes, but they didn’t say anything about China. 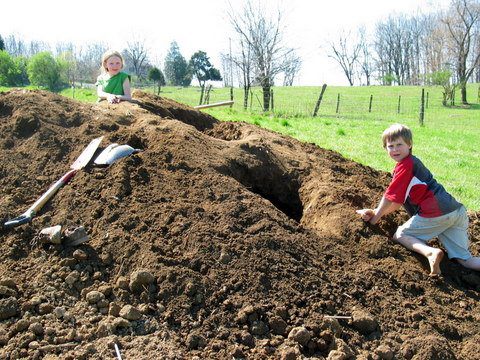 Yo-Yo had a fascination with being buried. 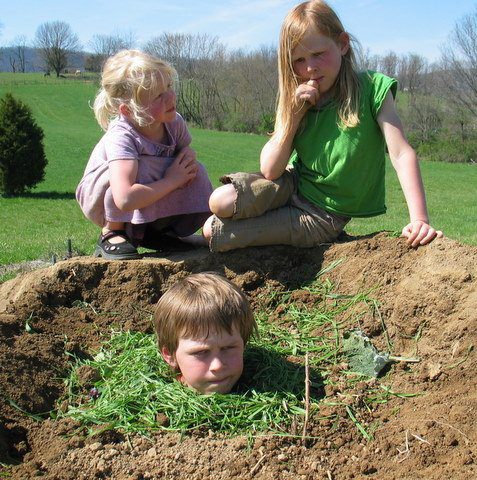 So Miss Becca Boo helped to bury him completely, and then she turned him into a tree by sprinkling him with grass. 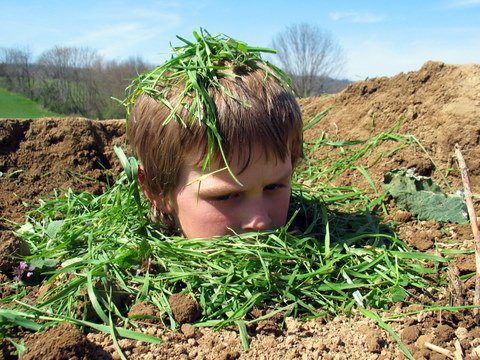 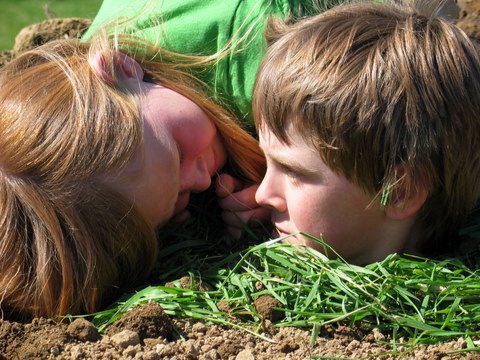 The Baby Nickel jumped into the hole, 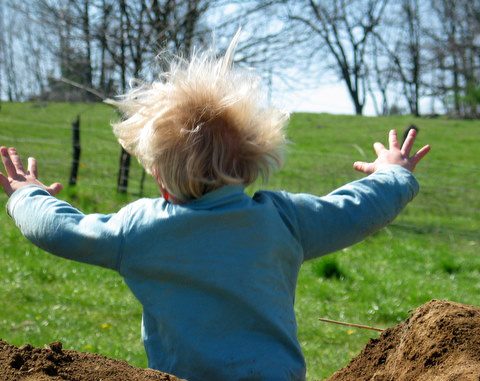 and then kept popping up, 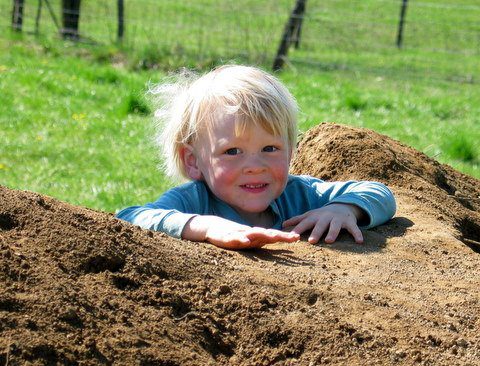 to throw out handfuls of dirt. 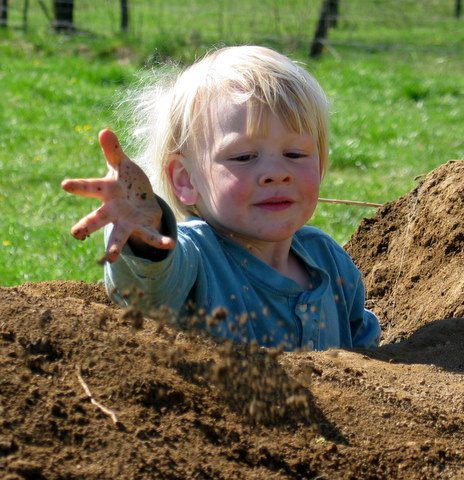 I kept shooting pics of him, but half the time he wasn’t there. 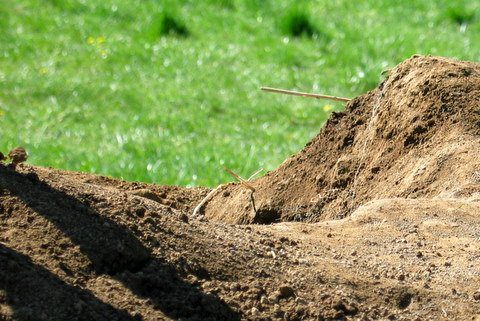 And then he had to get back out. 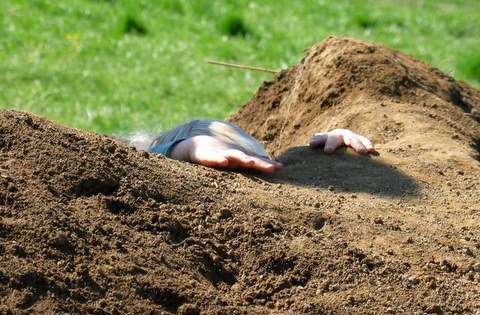 It was hard work. 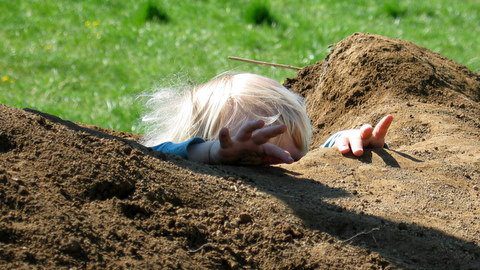 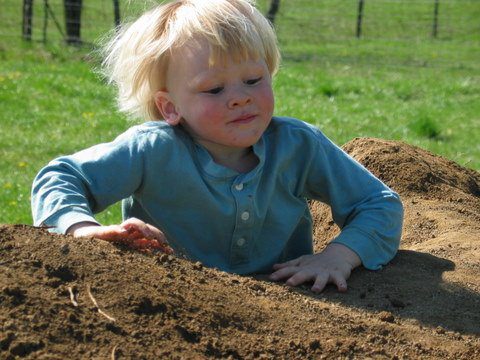 But he did it. 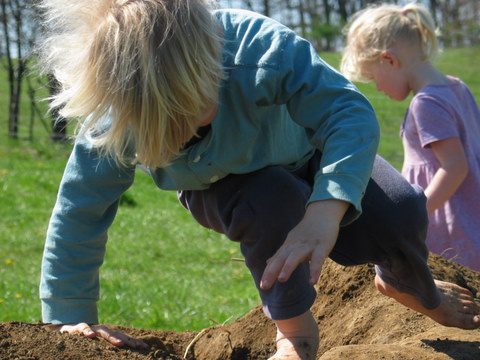 Sweetsie was fond of her hoe. 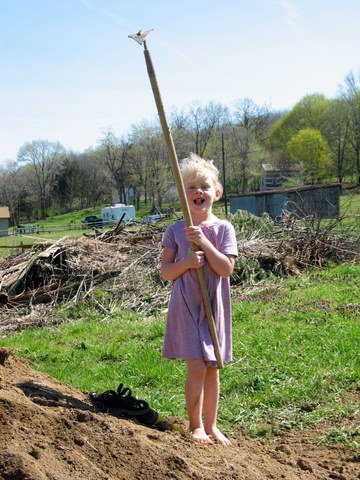 She alternated between using it as a staff to lean on, 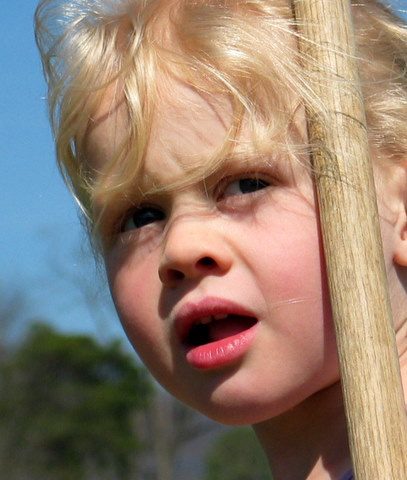 and a tool with which to attack the dirt. 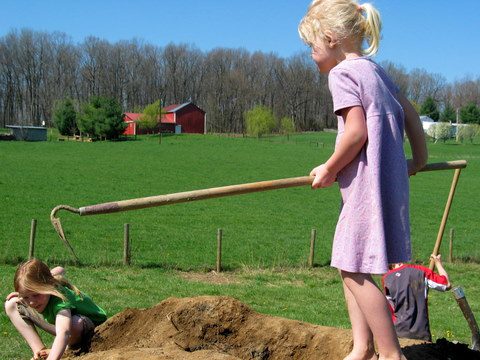 She nearly chopped The Baby Nickel’s head off in her enthusiasm. 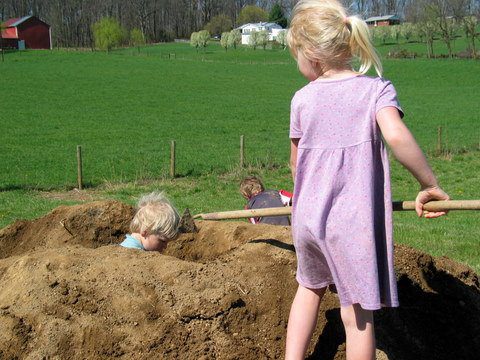 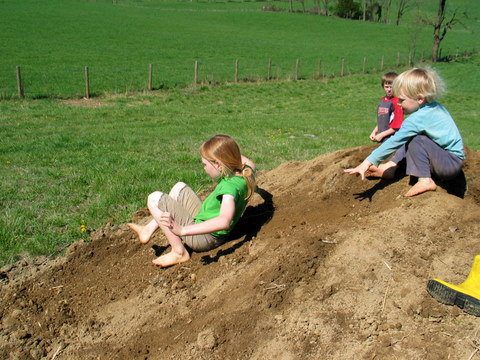 It didn’t work too well. 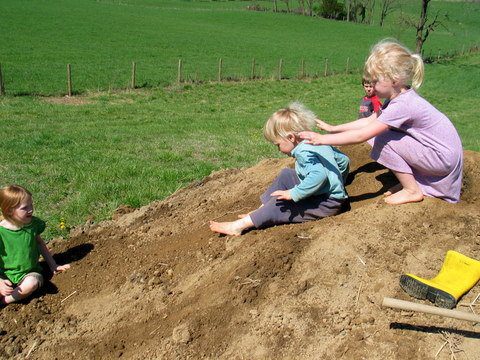 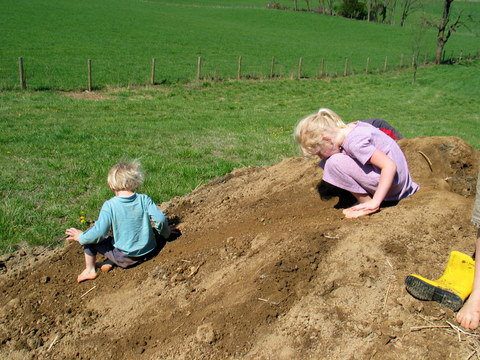 It would probably work much better if they slicked the dirt with some water, but I didn’t tell them that. Of course.

Tonight’s bath water was obscenely filthy. For the next few hours they will be clean and sweet-smelling. Because they are sleeping. But tomorrow they will do it all over again.

Oh crap. It just occurred to me: the forecast is calling for rain. Mudslides anyone?