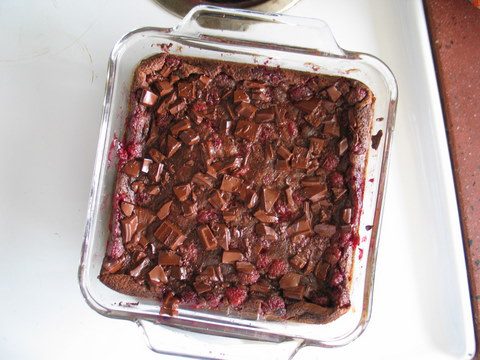 That was the question I asked everyone I encountered. First, I ran it by Bess who was voluntarily slaving away in our garden all afternoon planting the potatoes and weeding the strawberries (thank you, dearie!) while I putzed about in the kitchen making the red raspberry chocolate c-l-a-f-o-u-t-i-s, but she just laughed and shrugged. Second, I asked Michael Ann who met me for coffee (and generously paid for my small, are-you-sure?, decaf, are-you–serious?, latte; she guzzled a gargantuan cup of the real thing) and then raced me, neck-in-neck, in a splendidly entertaining (to me, anyway) stream of speed-talk for the next two hours and twenty minutes, but alas, she, a veritable sponge for information, didn’t know any French, though she guessed, and I concurred, the s was silent. Third, I posed the question to the table of women at this morning’s Bible study, but none of them knew (if only it had been a Hebrew pronunciation I was after, then I would have been enlightened on the spot).

This collective ignorance of French is disconcerting since I’ve gone through life, all thirty-three years of it, assuming that everyone else knows more than me and to find out that they (seven people out of seven people equals one hundred percent) don’t is, well, discombobulating. The world is not what I thought it was! 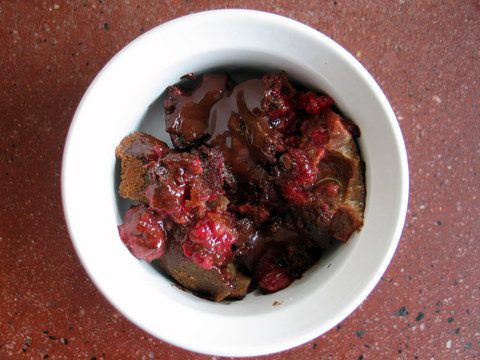 I suppose I could do some quick research and simply look the word up, but no-no-no, that would be too obvious. I’d much rather flaunt my ignorance in a most shameless and reckless manner. (Which was the same manner in which I said, pointing at the pan of half-eaten c-l-a-f-o-u-t-i-s as I scurried out the door on my way to my fast-talking coffee date, to Mr. Handsome who was cleaning up the kitchen, “Chuck that, will you?”) It’s much more satisfactory to heckle myself (and everyone else) with my ignorance, obsessively mulling over the word (cla-FOW-tee? KLA-foo-te? kla-FOO-tih?) in the same manner I spent the whole day caressing an irritatingly jagged fingernail—but then I clipped it.

I think I’m about to clip, er, nip my ignorance in the bud, because even though the c-l-a-f-o-u-t-i-s was no good and is no more, the wheels of my mind are still churning and it’s becoming most irritating.

So, anyone out there know French?