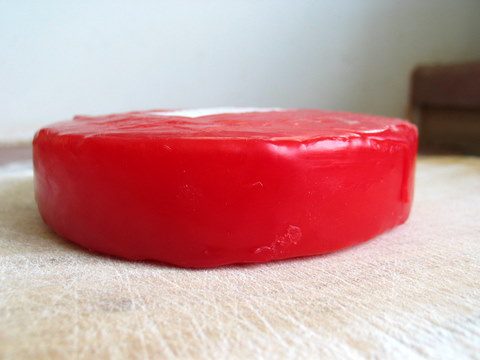 This is the season when I want cheeses. I mentioned a long time back that I make cheeses, or rather, that I have occasionally made cheeses. Oddly enough, now is the time when I want to start that little impractical hobby of mine back up again. Bad timing, if you ask me, seeing that I’m soon going to be itching to be outside digging in the dirt and will not have time, or patience, to stand by the stove watching milk curdle.

It’s also impractical because it makes no sense to make your own cheese if you do not own a cow. Cheese-making evolves out of a need to use up excess buckets of white frothy milk, and I don’t see a single, solitary bucket of milk lurking in the corners of my kitchen. At three-something for a gallon of commercial milk and seven dollars for a gallon of raw milk, not to mention the cultures and rennet and wax and cheese cloth and hours spent, homemade cheeses are almost worth their weight in gold.

I don’t want to open the cheeses when I’m feeling at all vulnerable or susceptible. If they’re rotten I may need to go back on Lexapro, start running, and cut out coffee. Oof. Now I really don’t want to cut open those cheeses. Just thinking about it makes me want to start popping antidepressants again.

But, it’s sunny outside, so regardless of my emotional state of being (for the record, in the throes of some wicked PMS), I’m going to break open this cheese. If it’s bad I can just turn tail and run out to the garden to plant the radishes.

Here’s the cheese. As you can see from the label, I’ve been waiting for a loooong time. 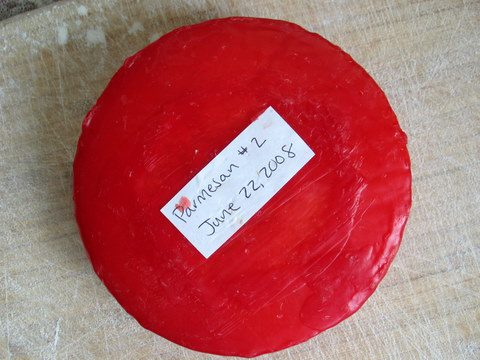 Now to cut it. 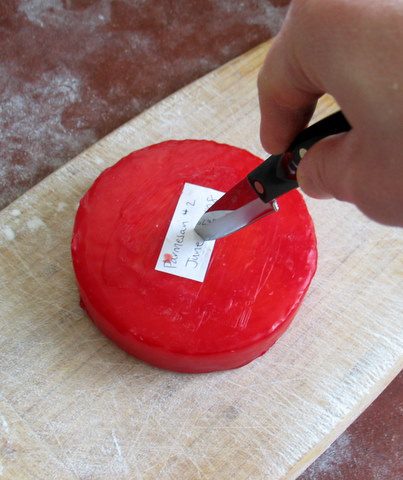 Um, this is some really hard cheese. Maybe I’ve unwittingly made myself a wheel of Parmesan rind instead of Parmesan cheese. Excuse me while I put the camera down so I can use both hands.

(Insert much straining and pushing, incredulous, high-pitched laughing, and an unnerving amount of knife-slippage.)

Still a no-go. This block of cultured milk is tougher than a hunky-lunky pumpkin. Time for my largest, heaviest knife. 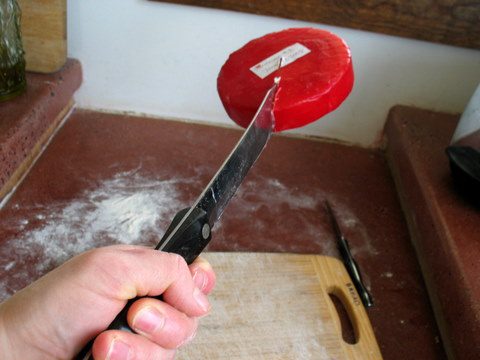 I still can’t do it! This is impossible! Hi-yah! 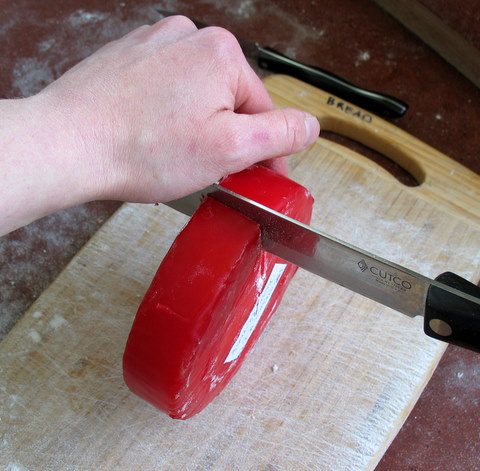 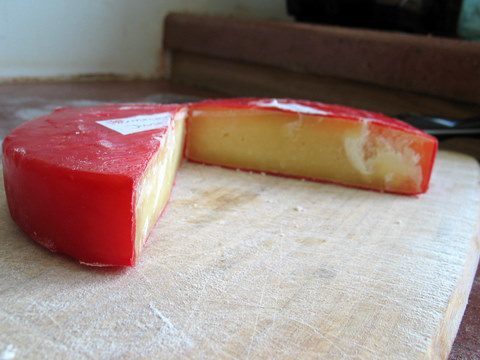 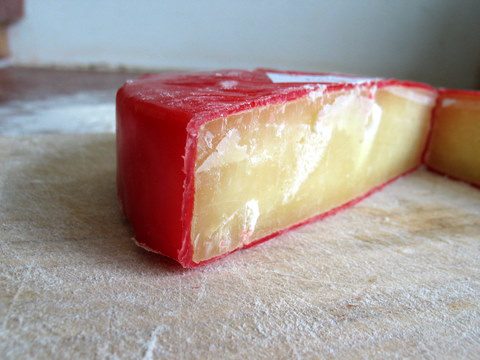 Now for a taste: Chew-chew-chew..gulp. 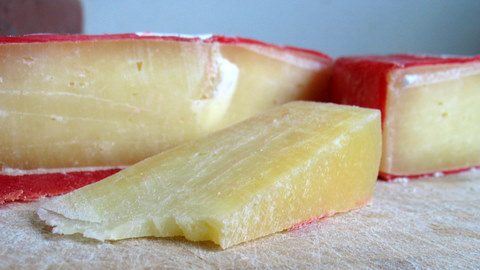 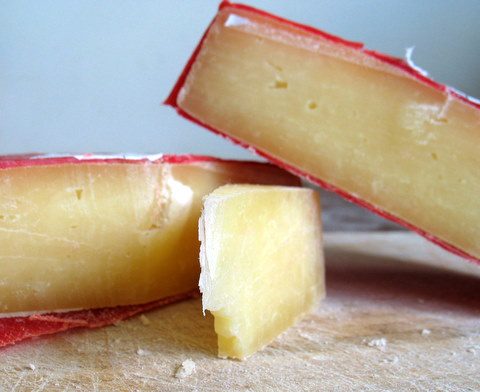 Congratulate me, folks. I aged myself a wheel of Rubberized Rind of Parmesan. 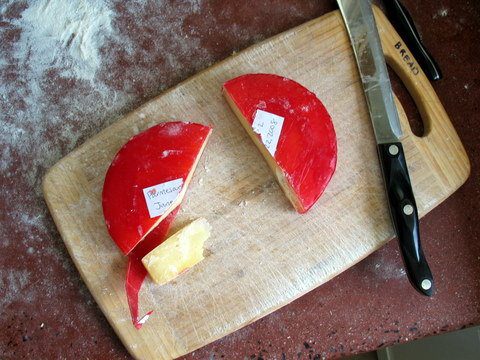 It’s not too bad when paired with hard pretzels. (Work with me here. I have PMS. I must stay positive, or else.) The flavor is really quite good—better than other hard cheeses I’ve turned out—salty and mildly sweet. 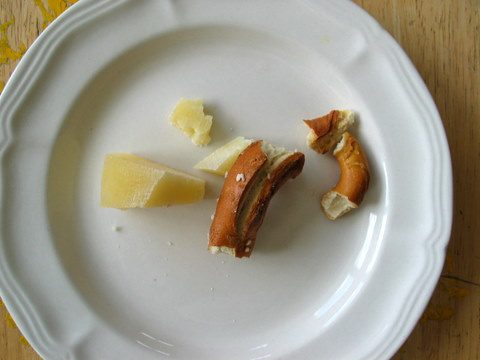