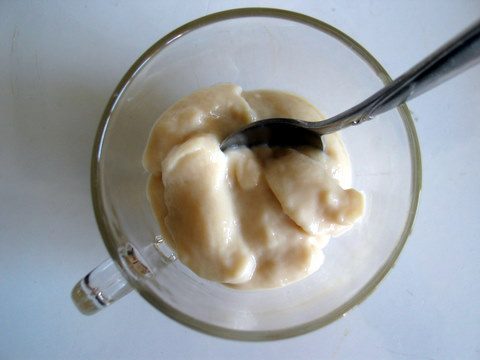 When I go to the library I always check the magazine section to see if there are any new (old) magazines stashed away under the shelves. (We’re not allowed to check out the most recent issue.) I look for Gourmet and Cooking Light, and I always skim the shelves to see if they’ve started ordering Bon Appetit since I put in a request for it a few months ago (they haven’t—sigh). I also look for Brain, Child and sometimes Mothering Magazine, too. Home Education used to be top on my list, but not anymore now that it’s coming to my front door (thanks, Mr. Handsome).

On my latest trip to the library I came home with just one magazine: Gourmet. Over the course of the next several days I flipped through the glossy pages reading recipes, skimming articles, and staring at the ads. Then, when the kids were all outside (I think it was while they were doing this), I plugged in the copier/printer. (I don’t like to copy things when the kids are around because as soon as they hear the machine buzz to life, Sweetsie and The Baby Nickel are right there, fingers itching to push buttons and yank the papers right out of the machine’s mouth, which, naturally, stresses me out and makes me rush. I prefer to sit cross-legged on the floor, thumbing through the magazine, pondering and printing, at my own poky pace.) 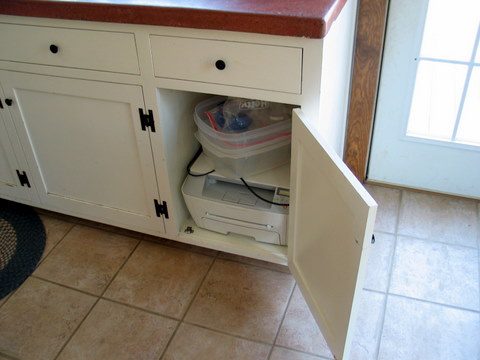 After I’ve copied all the recipes that I think might be tasty, I unplug the printer, stuff the cord back into the cupboard, throw the tupperware boxes and plastic bags back in the cupboard where they join the cords in roosting atop the machine in a messy jumble, and stack and staple my new recipes—except that Miss Becca Boo used my stapler without permission so it was jammed (I have very good reasons for demanding she ask permission first) and I had to use a paper clip instead.

And then I made the recipe on the first page of my little stack of copied papers: Butterscotch Pudding. 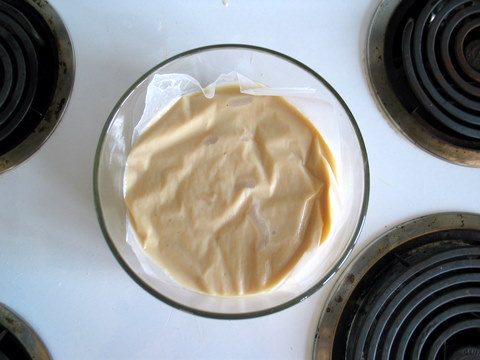 Dah-lings, I’m going to save you a trip to the library and go ahead and type up this recipe right here, right now. Maybe you didn’t make the butterscotch ice cream recipe I posted a couple weeks ago since it involved tempering, straining, chilling, and churning? Well, none of those steps exist in this recipe, except for the chilling part, and I suppose you could skip that step all together and eat the pudding warm, if you are so inclined. I tasted it at that point (of course) and it was delicious.

So, see? No excuses this time around. This pudding is spectacular, as well as being quick and easy—the kind of recipe that every cook needs to have in his or her repertoire. Learn to make this pudding and you’ll be ahead of the game, figuratively speaking. 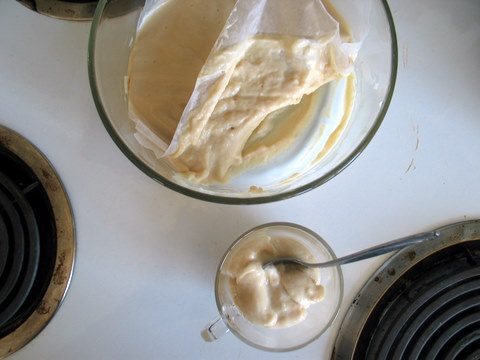 Eh? What’s that? You’re afraid to make it because then you might eat it all yourself? Well, you do have a point there. That certainly could be considered an occupational hazard. But the good news is that it doesn’t make a very large recipe, only a little more than two cups, and while it would be wise to make sure there are some other hungry pudding eaters lurking in the wings, if you end up doing a solo performance and happen to eat it all yourself, it won’t be the end of the world.

Just try to wait a few days before making yourself an encore.

The recipe called for 1 ½ cups of whole milk and ½ cup of heavy cream, but since I was using raw milk (which doesn’t feel quite as rich to me), I decreased the amount of milk (I was using skimmed) to 1 1/4 cups milk and upped the cream to 3/4 cup.

Whisk together the brown sugar, cornstarch and salt in a saucepan. Add the milk and cream and whisk well. Heat it over medium heat, stirring constantly, till it boils, and then boil for one minute still stirring steadily. Remove from heat and stir in the butter and vanilla. Pour the pudding into another bowl to cool, pressing a piece of wax paper on to the top to prevent a skin from forming. Once it is cool, cover the bowl with plastic wrap and store the pudding in the refrigerator. 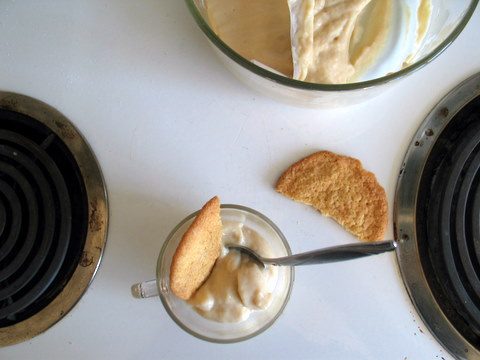 Note: It is absolutely delectable when eaten with snickerdoodles (recipe forthcoming).