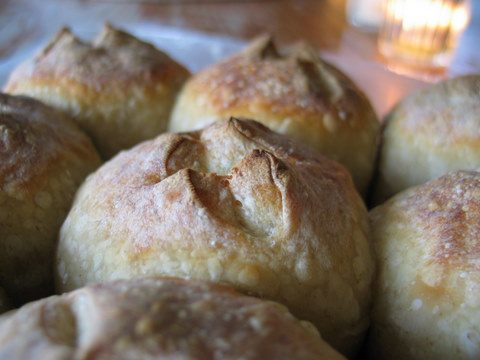 I know I’m done with baking bread, for now, but that doesn’t mean I’m done talking about bread. I don’t ever really run out of things to say, bread or otherwise—that’s just not something I struggle with, a lack of words.

I have been getting brave with my bread baking. I used to make just the boules, but now I’ve broken with tradition and made not only loaves, but also rolls.

Silverton does have recipes for rolls in her book, of course, but I didn’t even take a peek at those when I started making my own. I just shaped the rolls, set them in a greased pan, did the overnight refrigerator proofing, and then baked them the following day. What makes them so fun, is docking them. I did get this idea from Silverton, I’ll admit, but that doesn’t stop me from feeling a sense of ownership in the delightful process.

To dock rolls, take a pair of kitchen scissors and snip the tops of the rolls, first one way, 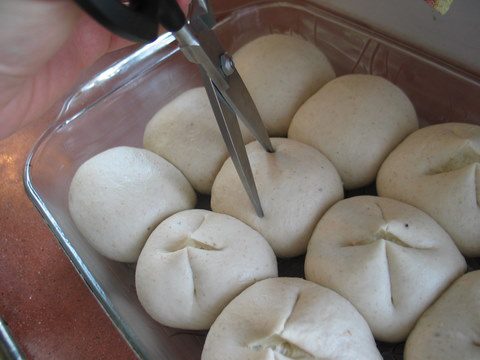 and then the other, 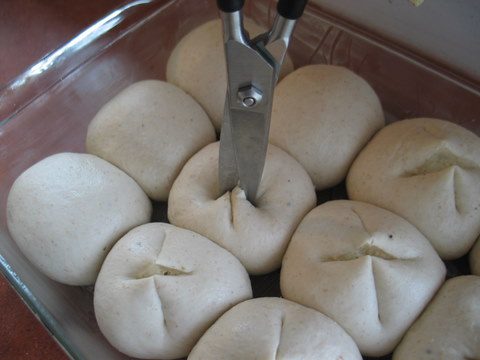 to make a nice little X. 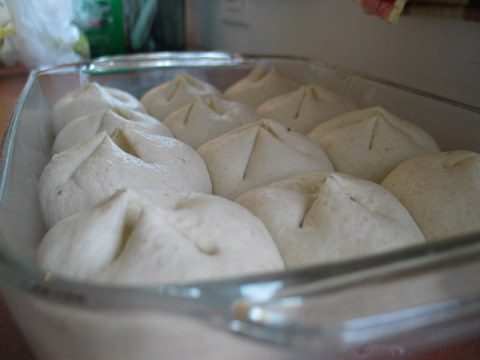 You could say the rolls look kind of spiked, scared almost, but I think they look cute. And snip-snipping their tops is kitchen work at its most thrilling. You gotta give it a try.