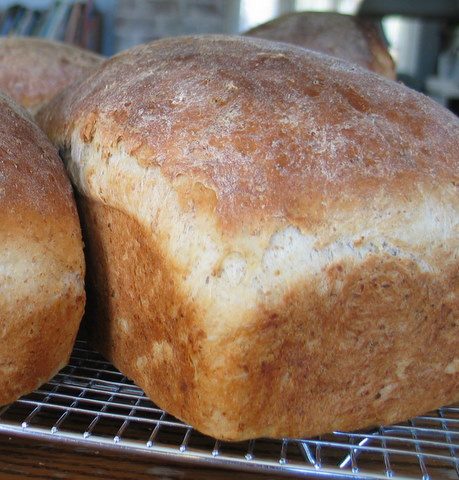 This bread is like candy, soft and sweet and tender and chewy. Yesterday we ate it fresh—thick slices spread with butter and honey or grape jelly, along with our dinner, a soup of collard greens, ham, and lentils.

(The kids hated the soup, but they gagged it down. Literally. Yo-Yo Boy dry-heaved once. I had no mercy, snapping at him, “If you’re going to do that then go to the bathroom.” It took them about an hour to eat that one ladle of soup. An hour! I got so furious at them for turning their noses up at what I considered to be perfectly reasonable and delectable fare that I had a screaming hissy fit about how I was sick of cooking good food and then having no one eat it, and then I stomped off upstairs to get my shower and sulk. When I came back down, Miss Becca Boo, who was still eating, happily showed me a dollar bill that Yo-Yo Boy was going to give her if she finished her soup. My son was paying my daughter to finish her soup? I will never understand my children.)

But back to the bread, the oatmeal bread. It makes really good toast, sandwiches, dinner rolls, whatever. It’s just really good. 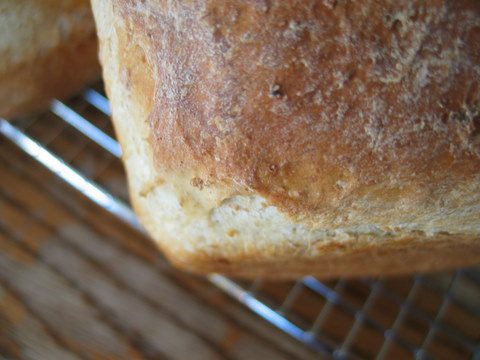 Don’t try to bulk up this recipe with whole grains, at least not the first go-round. Make it as is, so that you get to taste it in all its glory. After that, feel free to dump in more whole wheat, flax meal, and whatever else makes you feel self-righteous.

In a small bowl, mix together the yeast and ½ cup warm water and a pinch of sugar and set aside to dissolve and froth.

Measure the first five ingredients into a large bowl and then pour the boiling water over them, stirring well to combine. Allow the mixture to sit for at least 15 minutes so that the grains can soften and plump and so the water can cool down enough to not kill the yeast. When the mixture is only slightly warm, add the yeast, stir well, and then add the rest of the flour. Knead for five to ten minutes, adding more flour if necessary. Sprinkle the bottom of the dirty bread bowl with flour and set the dough back in, dusting the top with flour and then covering with a cloth. Allow the dough to rise until doubled, then cut into two loaves and place in well-greased bread pans. Let rise till nearly doubled, and bake at 350 degrees for 25-40 minutes. 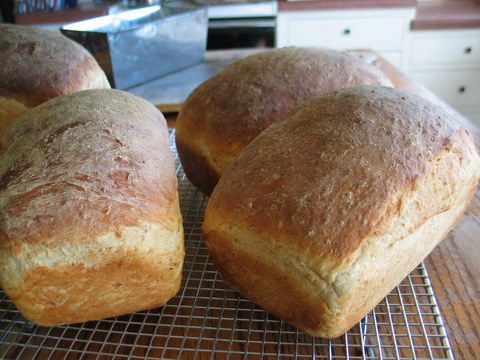