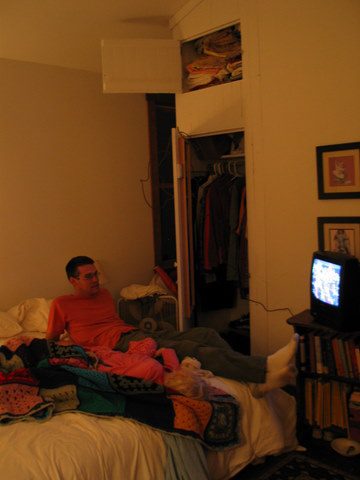 I wish I had a photograph of me casting my vote but I guess a word picture will have to suffice: The Baby Nickel riding on my left hip, the other three children crowded round the little stand, listening to me explain who was who, and watching, barely breathing (okay, I am stretching it a bit), as I blackened in my oval. “That’s it?” they asked. “That’s it,” I said, and we trooped over to the machine where The Baby Nickel helped me feed the ballot into the machine. We all got stickers from a sweet lady who apparently remembered us from the last time (oh dear?). The kids wore them proudly, wanting everyone to see that they had voted. I tried to explain to them that they didn’t really vote, but they, especially Miss Becca Boo, were convinced that yes they did, so I didn’t push the subject. I did not want to be responsible for dis-empowering my children.

At the polling station my kids got to eat cookies served up by some kind supporters of the other side. They were delighted with their treats, but when I told them on whose side those people were, their eyes grew wide in disbelief and amazement. Apparently I had failed miserably in my job as a teacher of peace and justice and ethics and mediation and the sermon on the mount, so I informed them, clearly and loudly (we were in the car, so I wasn’t shouting out to the cookie-givers), “Just because people think differently than us does not mean that they are bad people.” My kids looked at me blankly. Oh dear.

We were planning to have a relaxed evening at home but after voting, I developed a bad case of itchy feet and nerves, so after a quick pizza supper and speed baths, I loaded the kids into the car (Mr. Handsome opted to stay home and enjoy the quiet) and drove into town to watch the animated election play-by-plays (a first for me) on my girlfriend’s TV. And to eat her snacks and raid her Halloween candy stash.

At first all the kids ran off to play, but then, as the evening wore on and the little girls and baby boys dropped off to sleep, one by one, sprawled over the sofas and floor, the older boys spent less time playing and more time huddling around the computer, tracking the blues and reds, keeping a tally of who was winning, doing mental computations to figure out how many more votes were needed in order to reach the magic number of 270. They played with a US puzzle map, picking out the states that had been colored in. They petitioned for more cookies…and got them.

One big boy politely asked permission to yell when the final results came in, and we approved the plan most graciously, just to humor the little imps, but then, when the time came, we joined in ourselves, simultaneously jumping for joy and attempting to shush the babies who were screaming in bleary-eyed alarmed terror.

On the return trip home, Yo-Yo, Becca Boo, and I listened to the concession speech. It ended shortly before we reached home, so after hauling the kids up to our room where Mr. Handsome had rigged up the TV-we-don’t-have, we watched the acceptance speech. Well, Mr. Handsome and I watched it. 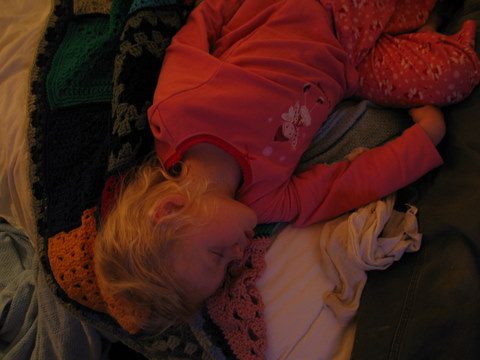 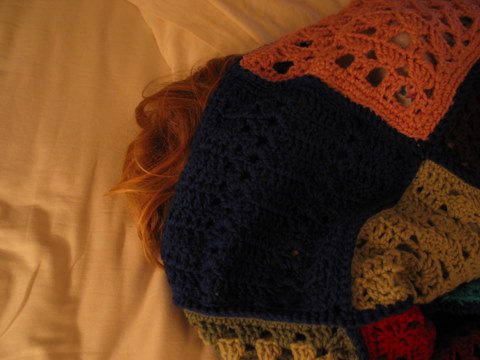 Yo-Yo Boy heard bits and pieces, while reading his Harry Potter book in his pillowed fortress on our couch, before drifting off to la-la land himself. 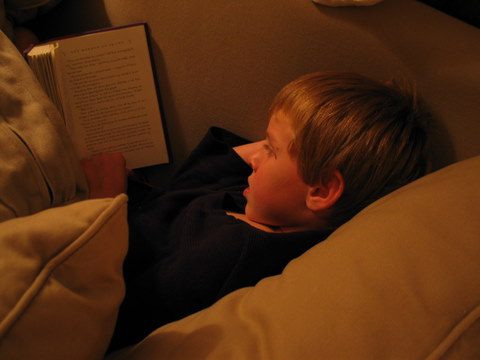 And The Baby Nickel? He didn’t even make it upstairs with us—he was still on the sofa where I had dumped him when I first flew into the house. 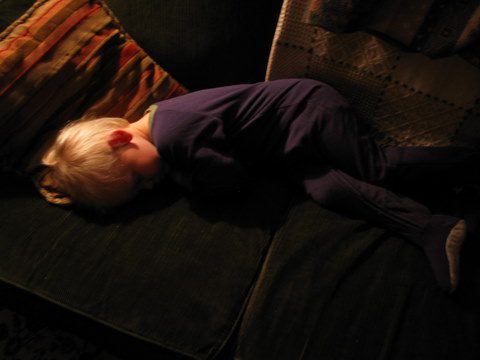 Now today, because I am school board, faculty, and staff all rolled into one, which means that I am all-powerful and the total boss (or, totally bossy), I declared a holiday. When it comes down to it, though, I don’t think I had much of an option because the kids have been in serious melt-down mode ever since they woke up and I’ve had to spend the day wiping them up off of the floor. Right now they are in Extended Rest Time…

Perhaps I should not have taken their real-life history lessons so seriously?

Nah, I don’t regret it, not for one second.