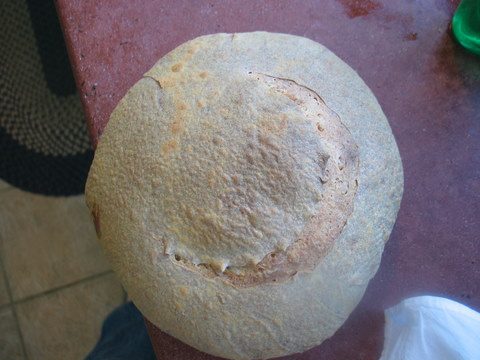 I over-proofed this batch of Country White. I wanted to bring it up to the requisite 62 degrees a little faster than the three hours that it normally takes, so I turned on the oven for several minutes, which was a couple minutes too long because I then had to wait while the oven cooled down again so I could finally put the bowls of bread in to proof. After only a couple hours the boules checked in at 67 degrees. I could tell the bread was overproofed just by touching it—the dough was shaky and trembly, not firmly taut like it should have been. I quickly turned on the oven to pre-heat, tsk-tsking at my carelessness.

There is only one way to remedy this kind of problem, the overproofing problem, and that is to dock the bread with a more shallow cut than normal. I did that, and the bread turned out fine, but you can see in these pictures that the bread looks sallow, washed out, and sick. It doesn’t have the strong, robust, vibrant look of a properly proofed loaf. 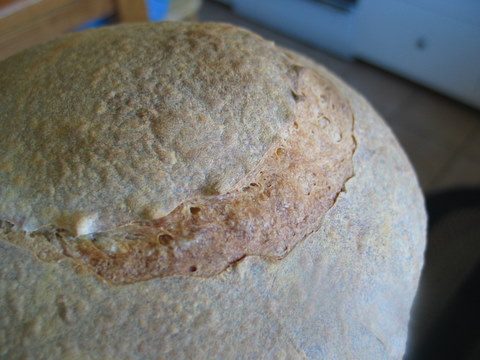 But the loaves will still taste pretty good, so it’s not the end of the world.