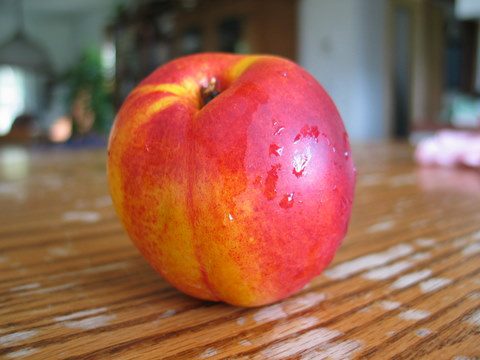 That would be nectarines.

I don’t remember ever really eating nectarines before this summer. Maybe that would be because I bought them in the grocery store, out of season, and they were flavorless? I don’t know. Could be. 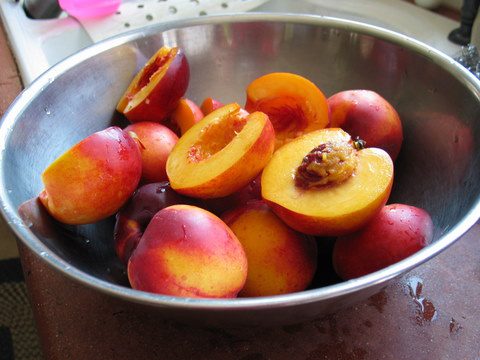 Anyway, when I went to the farm last week, I bought a bushel of nectarines along with my two bushels of Rambo apples. These nectarines are to die for. I’m serious. They are juicy and sweet and tangy tart. It was a cinch to slice them open and pop the pit out. I’ve been making dishes with these Nectar For The Gods ever since. 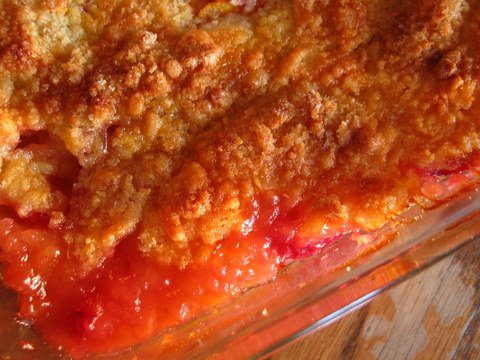 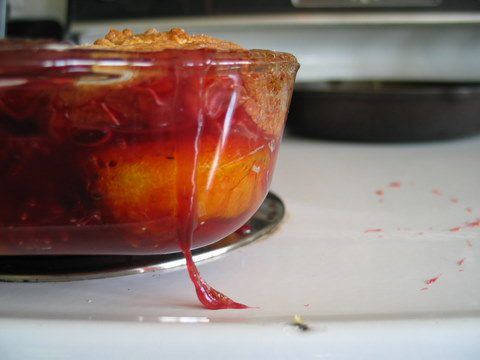 Adapted from Epicurious, the Blackberry and Nectarine Cobbler with Ginger Biscuit Topping. It used a half cup of candied ginger pieces in the topping, and even though I’m not a fan of candied ginger (thus the reason I have a nearly full container of ginger sitting in my kitchen cupboard), I loved it in this recipe. 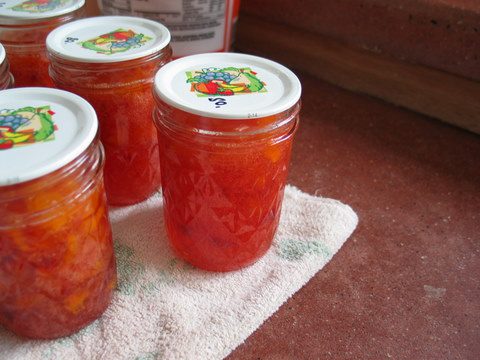 I tried canning five quarts of the nectarines. I don’t know if they will be very good because I (or rather, my mother) have a hunch that they will get mushy. If that is the case, then I plan to mush them up even more, thicken them with a little sugar and cornstarch, and serve them in parfait glasses with whipped cream and a crispy ginger cookie alongside.

I dried them, too, and they shriveled up just dandy. I think I have five quarts of chewy sweet-tart pieces packed away.

I plan to purchase another bushel, maybe two, next year, and there’s a chance I’ll even look into getting some nectarine trees for our orchard. They’re my new favorite, after all.