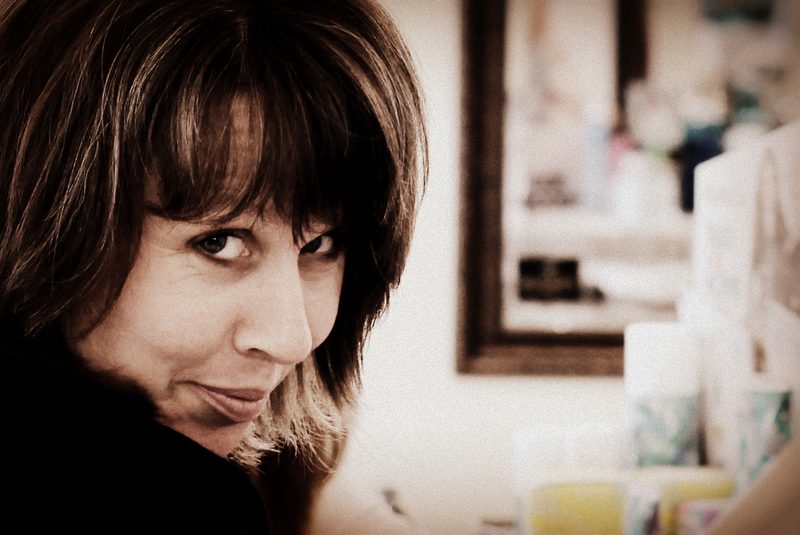 It was last week that I started writing this post. But then I got distracted (can’t figure out why) and never finished it. At the beginning of this week, I added to the post and then deleted a whole bunch of paragraphs. Now it’s Wednesday and I’m gathering my wits about me long enough to hit publish and be done with it. Thank you for forgiving my scatteredness. (Spell checker, shut up. That is totally a word.) (Also, all photos are from the archives. Because scatteredness.)

I almost didn’t go running one morning last week. When I woke, the wind was pounding the house, and I hate running when it’s windy. It’s enough of a battle to move my legs; why complicate things by fighting the elements, too? But the air was warm and the sky bright. Might as well go and be done with it, I decided. On my way down the hall, I woke my older son—he’s been running with me most mornings—and we headed out.

As we walked out the drive, my son announced, “I get to pick the route this time. Down the dirt road and then up the hills.”

“No way. Those hills are nasty!”

Normally, I have to walk the last part of the mile-long series of hills, but that day I practically zipped up them. At first I thought I’d just gone and gotten plain amazing, but then it occurred to me: the wind! It was the wind pushing me up those hills.

The other night I came home from rehearsal swinging, an edge of Rosemary still clinging to my attitude. All it took to set me off was one insensitive comment from my husband and I lit right into him. Poor guy, he didn’t deserve it (or not all of it, anyway), though he wasn’t exactly being the epitome of kindness, either.

We went round and round, sharp-tongued and pissy, though we weren’t full-on angry. (At one point he accused me of using one of my lines from the play against him—I hadn’t—which made me laugh because bits of Rosemary talk have infiltrated my speech.) By the time he had finished his bologna and cheese croissant and I had downed my Riesling and an apple, we had mellowed. We switched off the lights and headed for bed. At the foot of the stairs I turned to face him. “Hon,” I said. “I know it’s really hard being you. I’m proud of you for sticking it out.”

We both started giggling. “You make that up?” he asked.

And all was forgiven.

The other day I bought two boxes of brownie mix: caramel turtle brownies and peanut butter brownies. I’ve never learned to successfully make brownies from a box; it was high time I conquered this quintessential American treat.

The turtle ones were so-so—I think I over-baked them—and ended up sitting on the counter for a few days before finally getting all the way eaten. The peanut butter ones turned out fabulous. I under-baked them, and, warmed up with a scoop of vanilla ice cream on top, they’re to die for.

(My husband called them “fabulous” and then got embarrassed when I told him they were from a box.)

Speaking of failures: I’ve bombed two chocolate cakes in a row (this one and this one) and a poppy seed sour cherry lemon bread (this one). I’m getting irritated with myself.

I have not been cooking for my family. One night we had slaw from a bag, baked potatoes (white and sweet), and corn from the freezer. (That was the night my husband was scarfing a sandwich at bedtime.) Another night was mac and cheese, and yet another was toast and eggs. Another night was leftover spaghetti and anything else we could find in the fridge. Tonight…who knows. Pizza, maybe?*

When I get home from rehearsal, I usually have wine and cheese—Jarlsberg is my current love—and maybe pretzels or pita chips. Or Doritos, yum.

Play Panic: we’ve hit the home stretch—one week till opening!—and a virus. I feel fine, but my voice is weak (I’m guzzling fluids like my life depends on it—Rosemary’s does—and trying to refrain from yelling at the children), so the director ordered a couple of us to stay home tonight. I’m tempted to stay up late with House of Cards, but no. I’ll have an 8 o’clock date with two Tylenol PM and hit the pillows at nine. 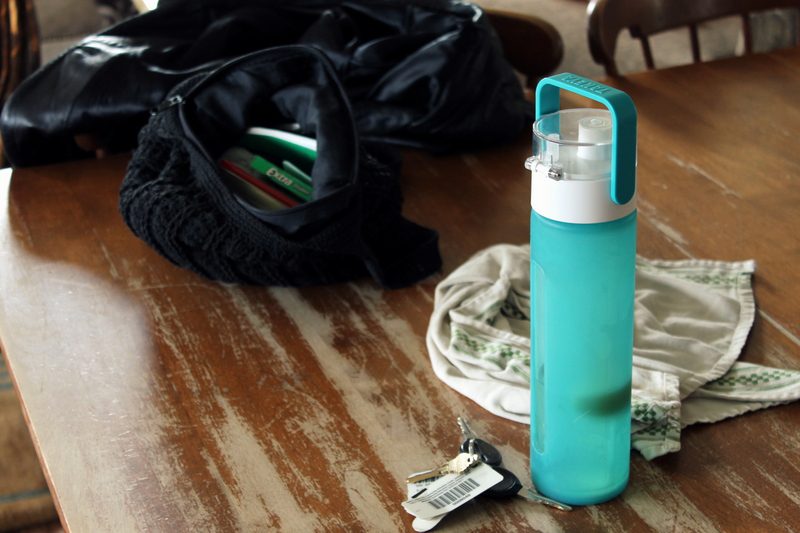 I never told you: The week that my husband was volunteering in South Carolina, Dobby got run over. We discovered him at night. I was bringing my older two children home from youth group and, as we turned into the drive, the car’s headlights swept over a furry body laying at the edge of the road. He was completely dead, blood smearing the road but body intact, which was a mercy.

My daughter teared up and went straight to her room. Go dig a hole, I told my son. For the next half hour I watched his headlamp bob up and down at the bottom of the garden. When it was time for the burial, I went outside to hold the light while he loaded the body onto the shovel, hauled it down to the field, placed it in the hole, and piled on the dirt.

All that night I kept thinking about all the interactions we’d had with Dobby just that day—the kittens had been starting to “nurse” from him, I’d dropped something and he had come running to inspect it, etc.—and then, just like that, he was no more. Life is over in an instant and we never know when that instant will be… Let me tell you, pets dying at bedtime does not a good night of sleep make.

It wasn’t until the next day that I realized that Luna, Dobby’s sister, had also been killed on March 9, exactly one year earlier. Creepy, no? 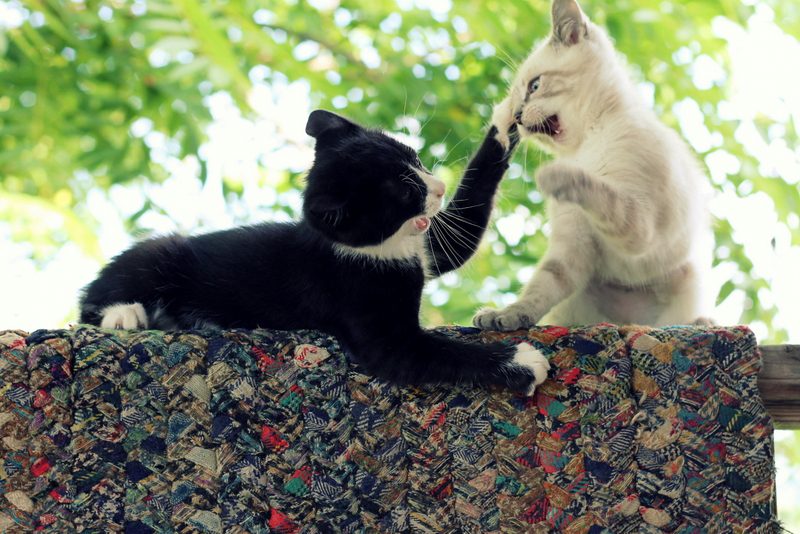 Maybe from now on we’ll crate our cats on March 9.

In light of my son’s EMT work, we all got a huge kick out of this clip.

You’ve all seen It’s Not About The Nail, right? Couldn’t be more perfect, I don’t think.

The other night at supper, my husband sat down beside my older daughter, sniffed twice, and said, “Did a horse pee on you? You stink.”

After a couple minutes of trying to pretend all was fine, he gave up and ordered her to go change clothes. But when she came back, his nose kept curling.

She did, but even so, according to him, the stench persisted, and he eventually relocated to the far end of the table, much to everyone’s amusement.

That evening after all the kids were in bed, my husband noticed the smell again. “Why do I still smell horse pee?” he thundered softly.

And then it dawned on me. “Honey, sniff those flowers, why don’t you.” 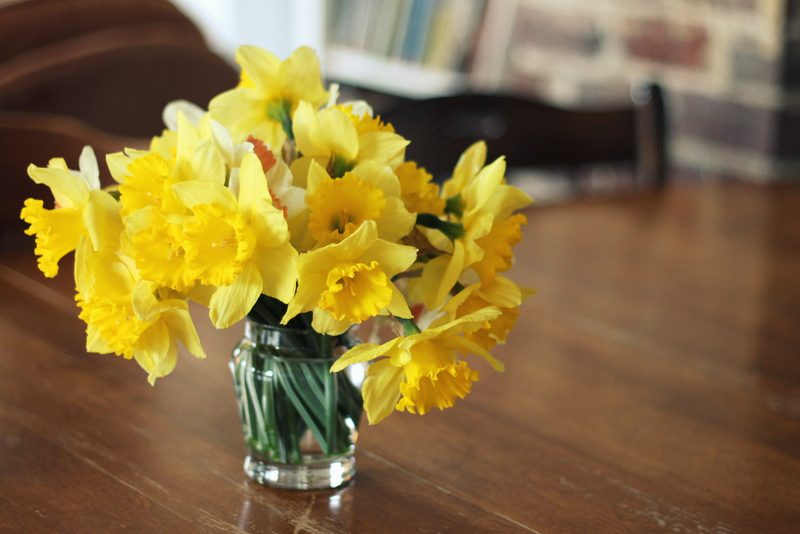 He stuck his head over the large bouquet of daffodils in the middle of the table. “Aw, shucks,” he mumbled, picking up the bouquet and heading up the stairs to our daughter’s room where he showed her the root of the horse pee smell and begged forgiveness.

*We had sweet and sour lentils, brown rice, leftover corn, and applesauce. And we actually sat down together. What a novelty!

This same time, years previous: the quotidian (4.6.15), the quotidian (4.6.13), cup cheese, daffodils and horses (Oh my word, would you look at that! I was pairing the two years ago!), cardamom orange buns, my baby’s faces, writing it out, and skillet-blackened asparagus.