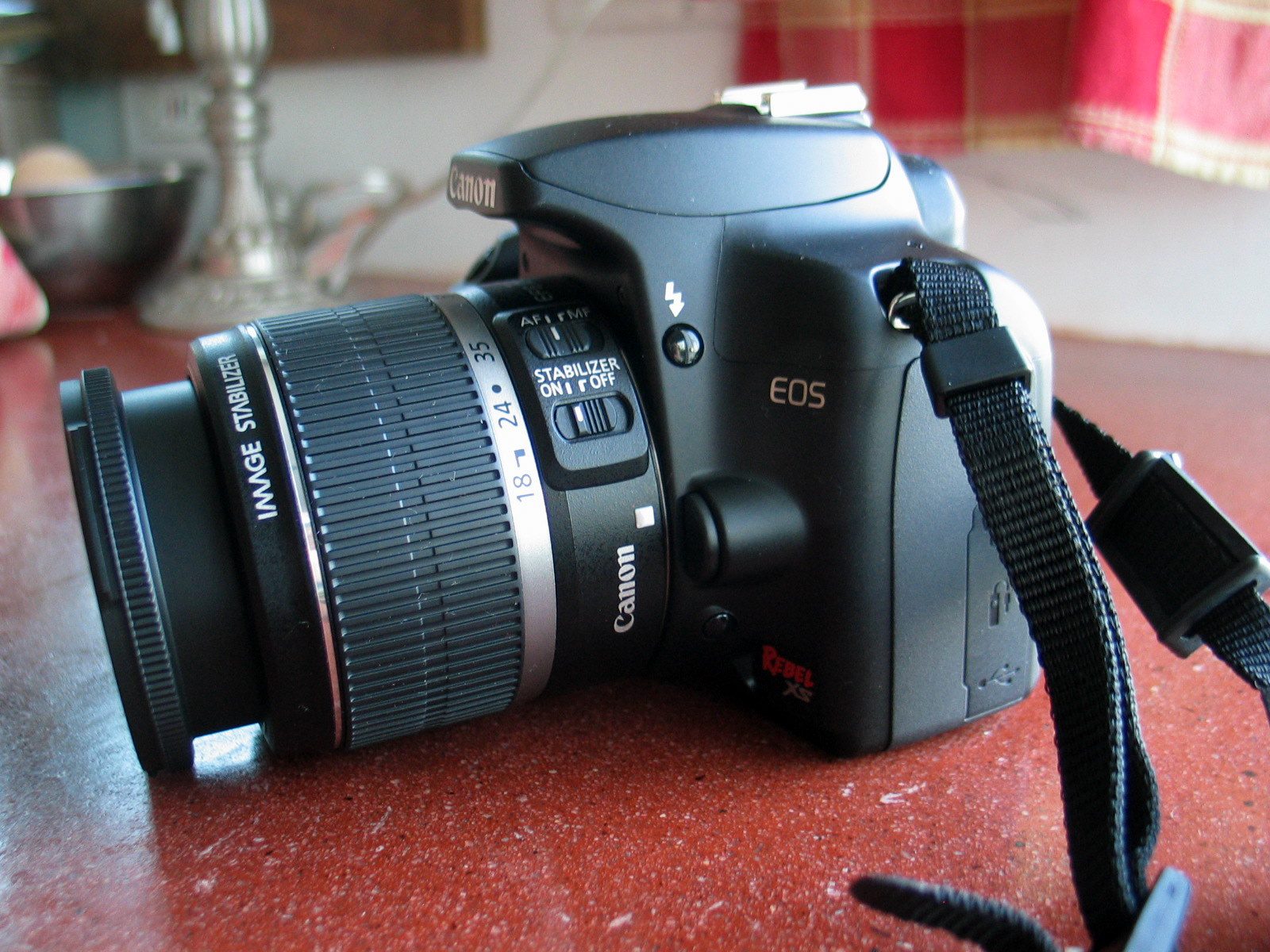 Isn’t he (she? it?) beautiful? I feel so warm towards her (or him, or it) that I think I ought to give him (or her, or it) a name. (Help me here. Do cameras have a sex?) How about TS for Time Sucker? Or MS for Money Sucker?

Okay, so maybe not. I’m bad with names. Perhaps I’ll just call the thing my (precious! pretty! darling! honey pie! sugar cakes! snookums!) Canon Rebel and be done with it. 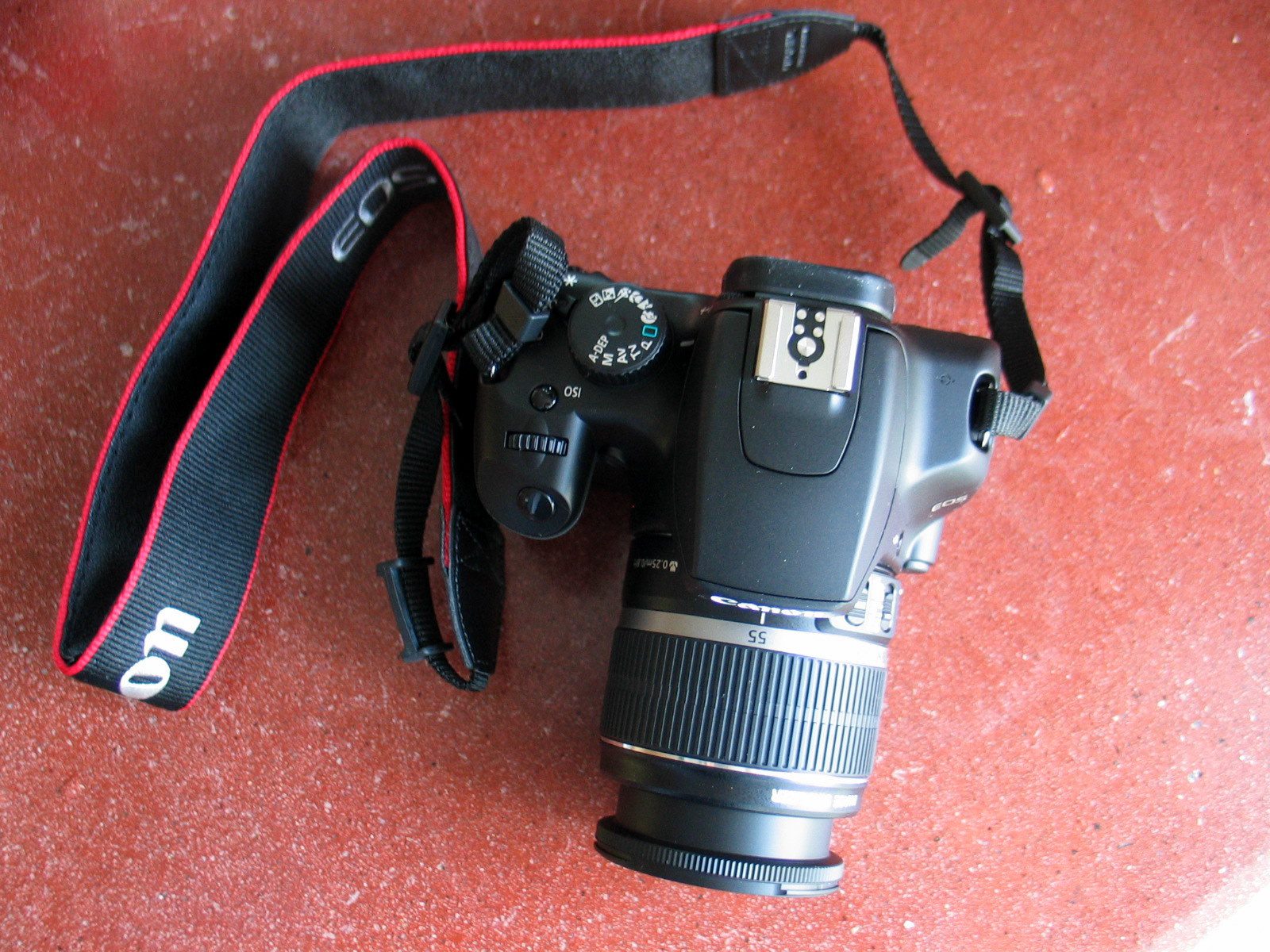 I ordered this beaut several weeks ago, but religion conspired against me to keep me waiting.

Or you could say it was trying to teach me something. Like, say, patience.

I tried tracking my baby for days even before it left the store, just in case elves were afoot.

There were no elves. Or at least no non-Jewish elves.

The camera finally left the store on Monday morning. I watched the computer screen anxiously as it came closer and closer. And then yesterday it left a town about 45 minutes from here, at 4:41 in the morning and didn’t show up till late afternoon. I was beside myself. What was that UPS driver doing? Taking a siesta? Visiting a lady friend? Watching a matinee? Swinging by Walmart for some clean socks? Taking the scenic route?

Was there an accident?

Were there mechanical difficulties?

Did the truck fall into a black hole?

I couldn’t focus worth squat all afternoon. I emptied my in-box. I belly danced. I stood at the window and talked on the phone, my eyes on the road all the while.

“I feel used,” my friend said. “As soon as that truck comes, you’re going to hang up on me. And you’re not really listening to anything I say anyway.”

Faithful friend she is, she talked for as long as she could, but then Life conspired against me (am I sounding paranoid enough yet?) and she had to go.

Mr. Handsome came home, laughed at me, and then joined me at the window for a bit.

Finally everyone went outside, the house was quiet, and I decided to place a quick order with a grocery co-op, and wouldn’t you know, while I was rattling off order numbers for tortilla chips and Provolone and olive oil, the beautiful brown truck backed into our driveway.

After all that watching and waiting, I wasn’t even there to greet it. Oh, the irony!

The kids took turns lugging the box in, and then they all snuggled up close to me and my box, waiting and watching to see what it was that could make their mama act so silly. 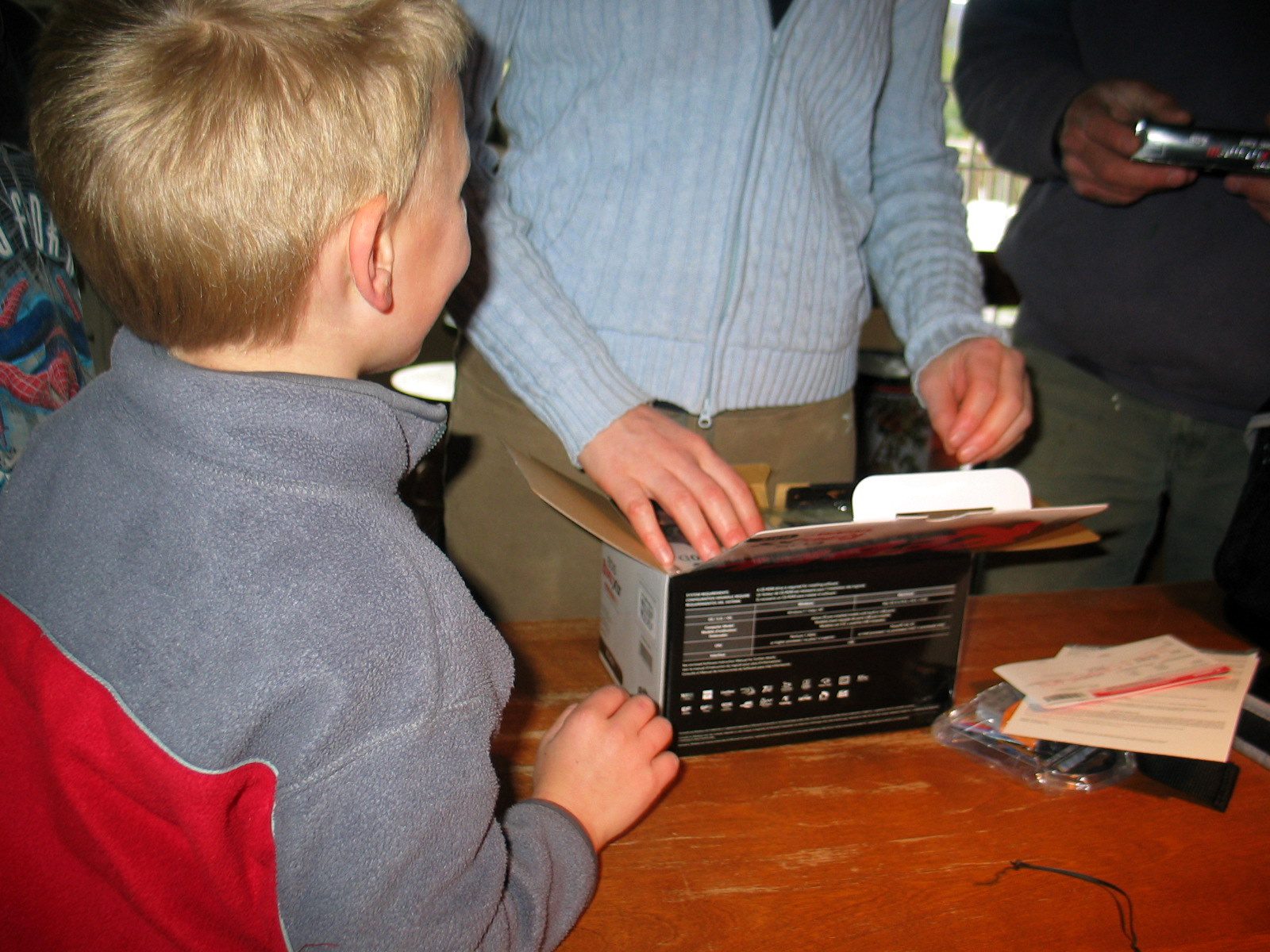 Miss Beccaboo grabbed the old camera and snapped pictures of the chaos and I didn’t even yell at her to be careful because, hey, it’s now been reduced to the role of Old Beater Camera and I don’t really care about it anymore! 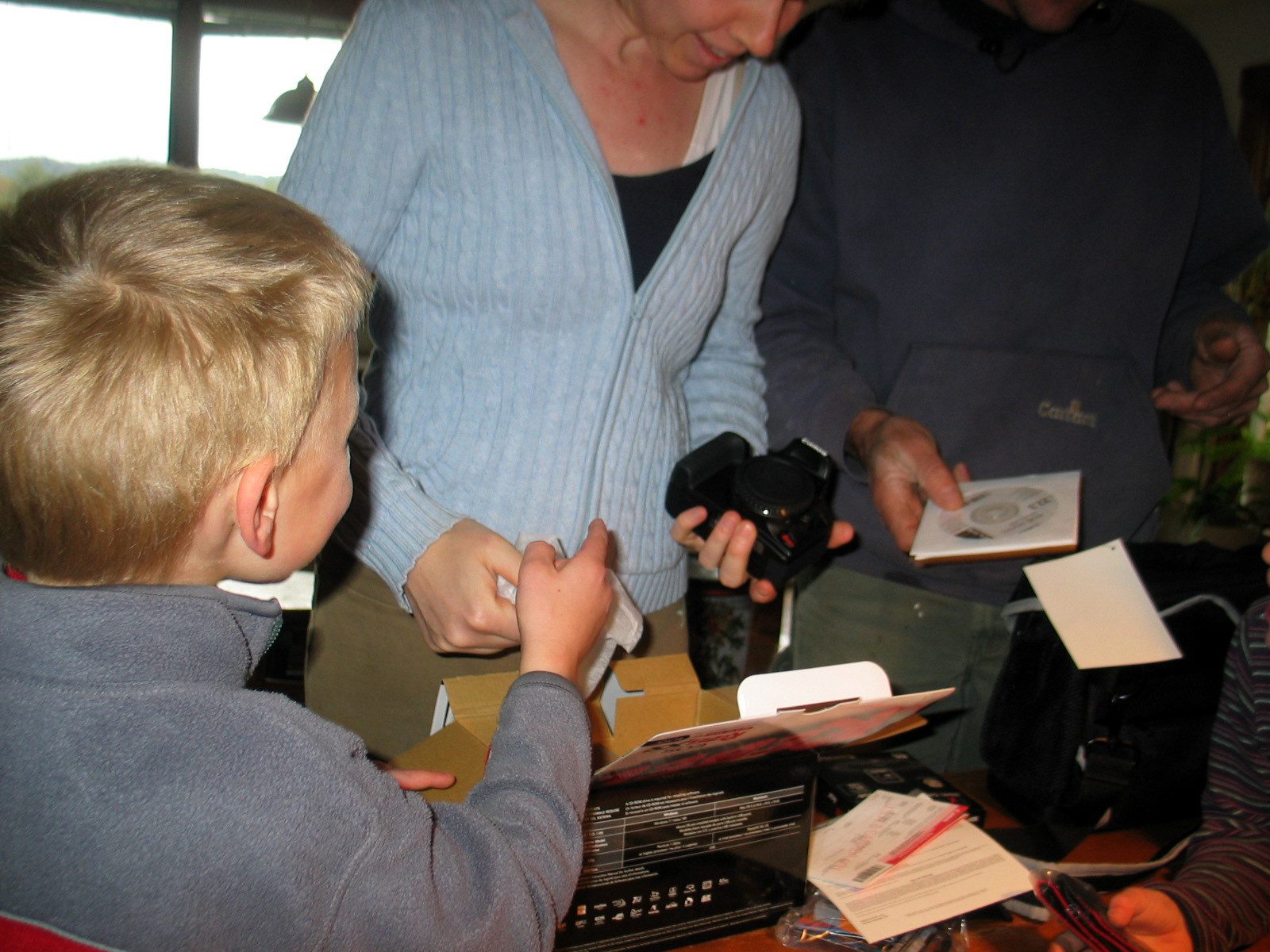 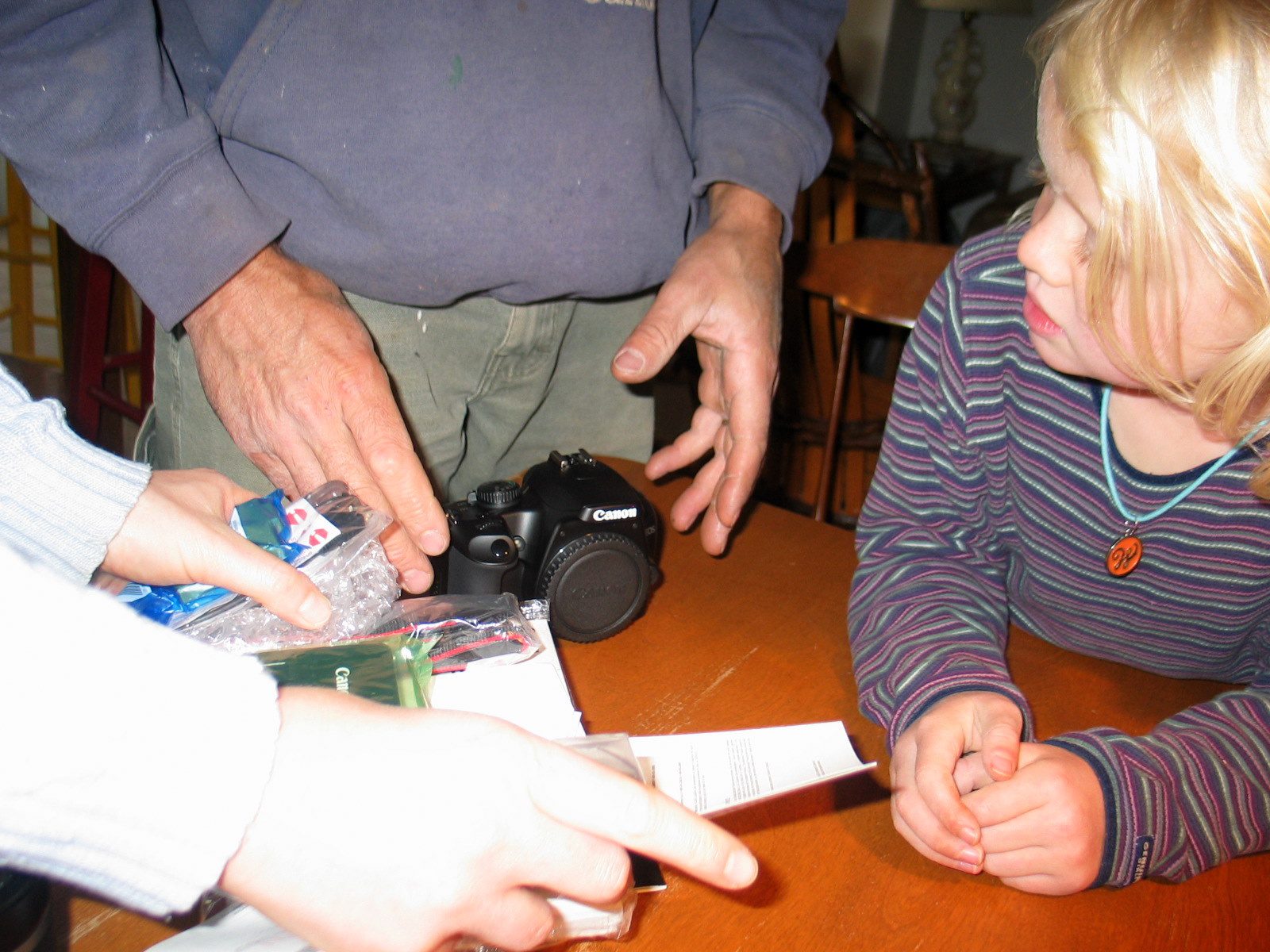 I slapped his fingers. He tried again. I gave him the hairy eyeball.

He gave up and went outside, taking most of the kids with him. I was left to read and experiment. 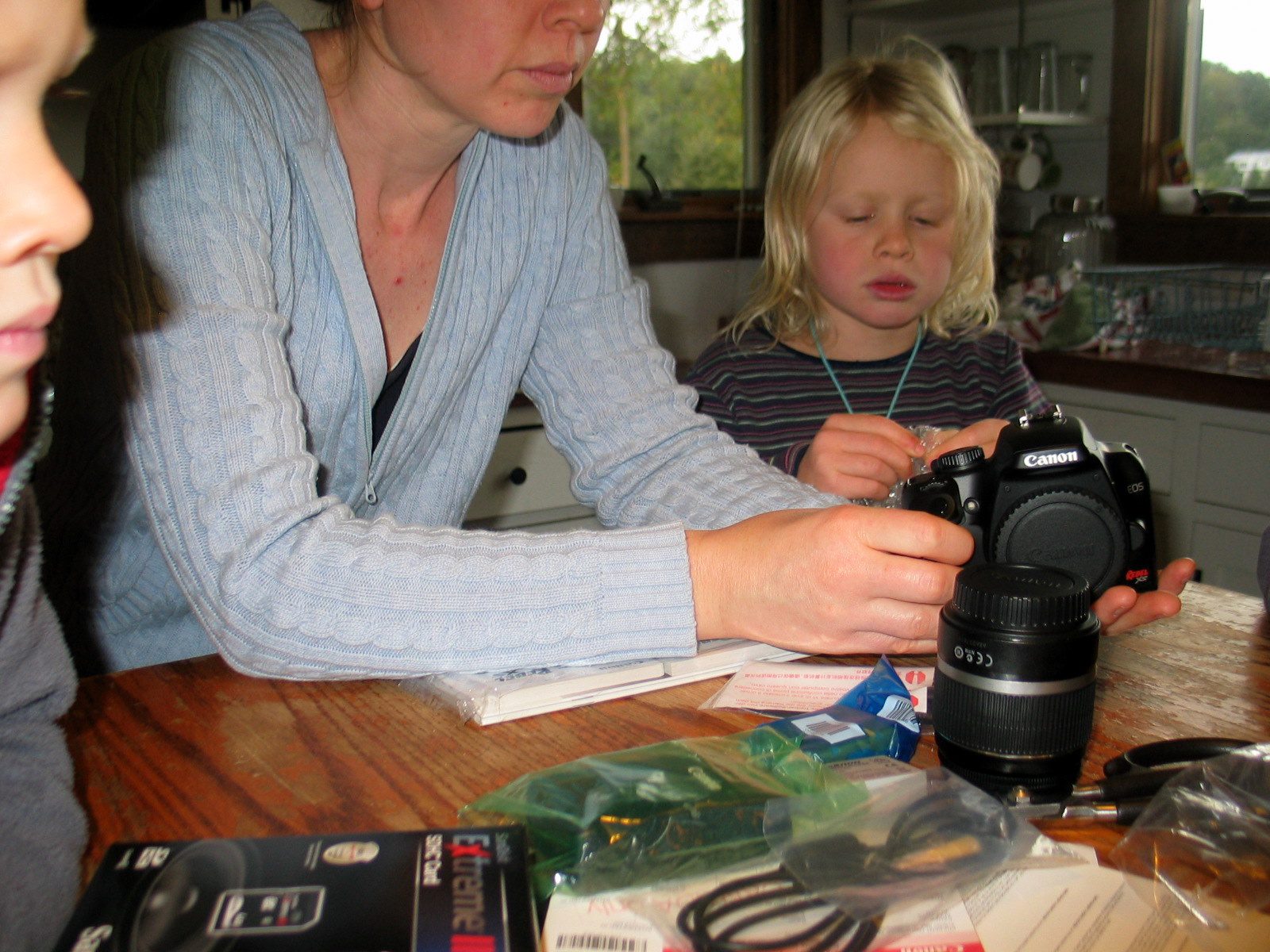 Soon as I got my lens attached and the memory card in, I went outside. 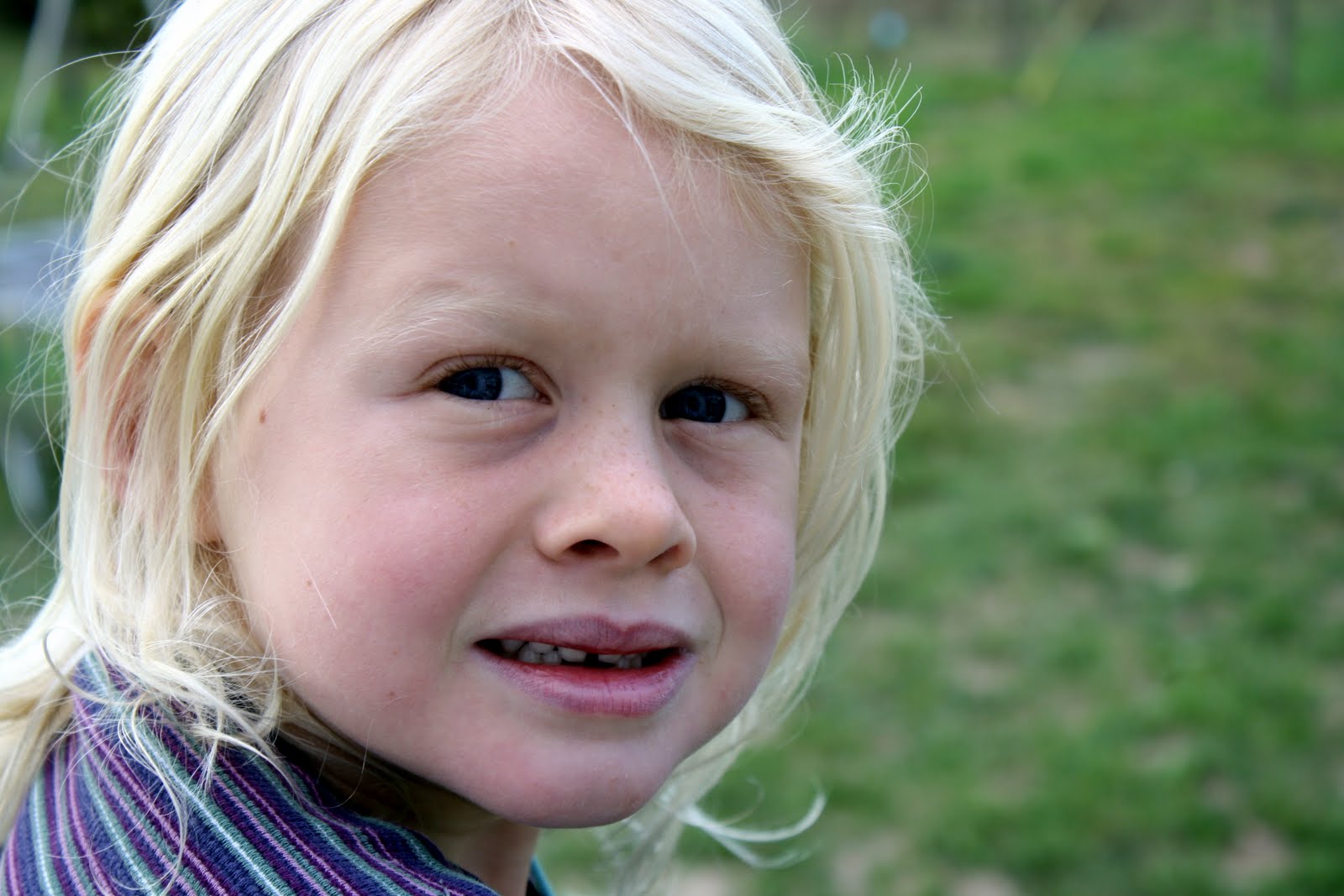 I wandered around the yard, poking my black box at plants and kids, dirt, my toes, and anything else that caught my fancy.

The kids were zipping around the yard on the mower. (Notice, Yo-Yo has filched my red shoes.) 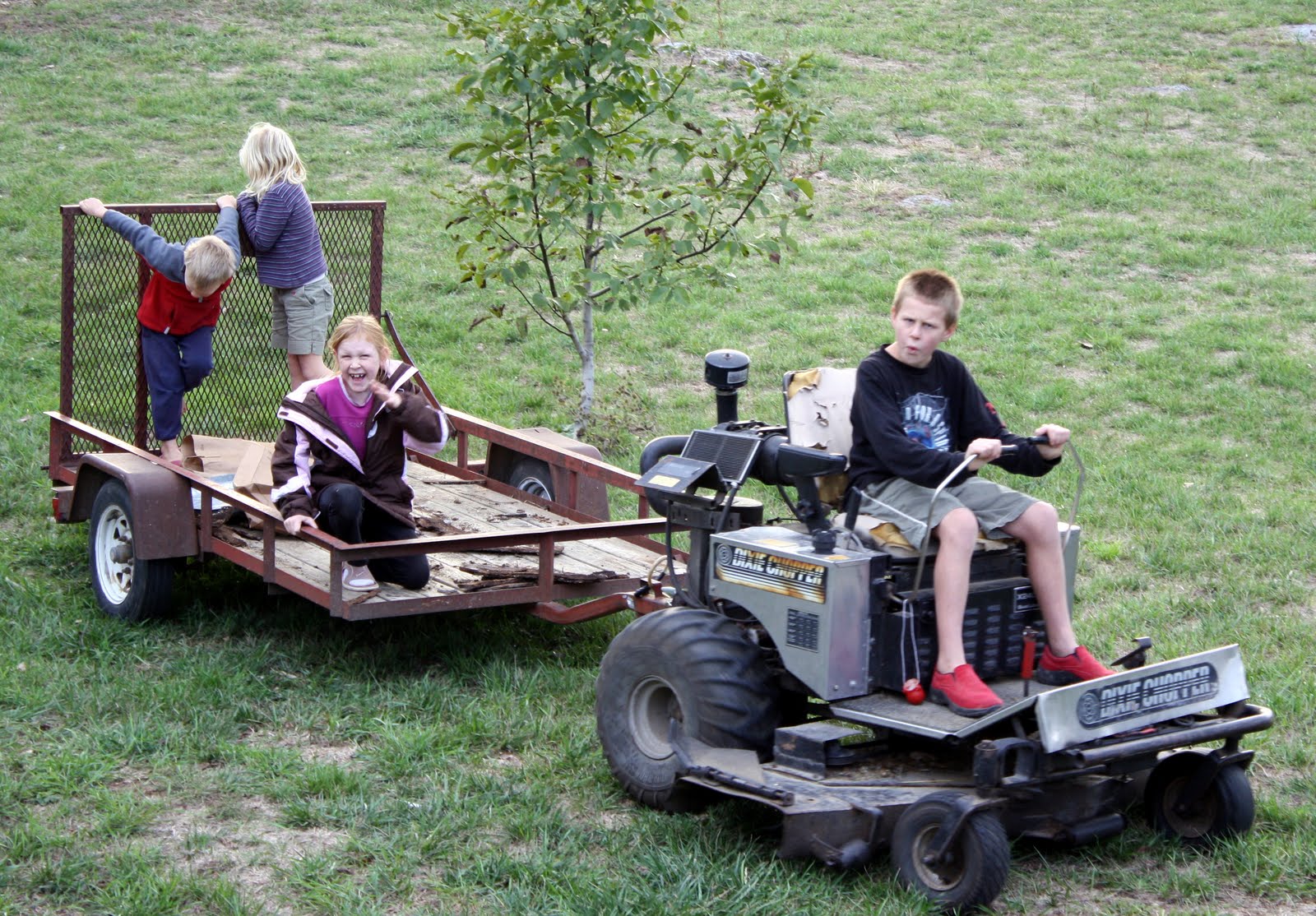 Then I ordered them all to get on the trampoline. 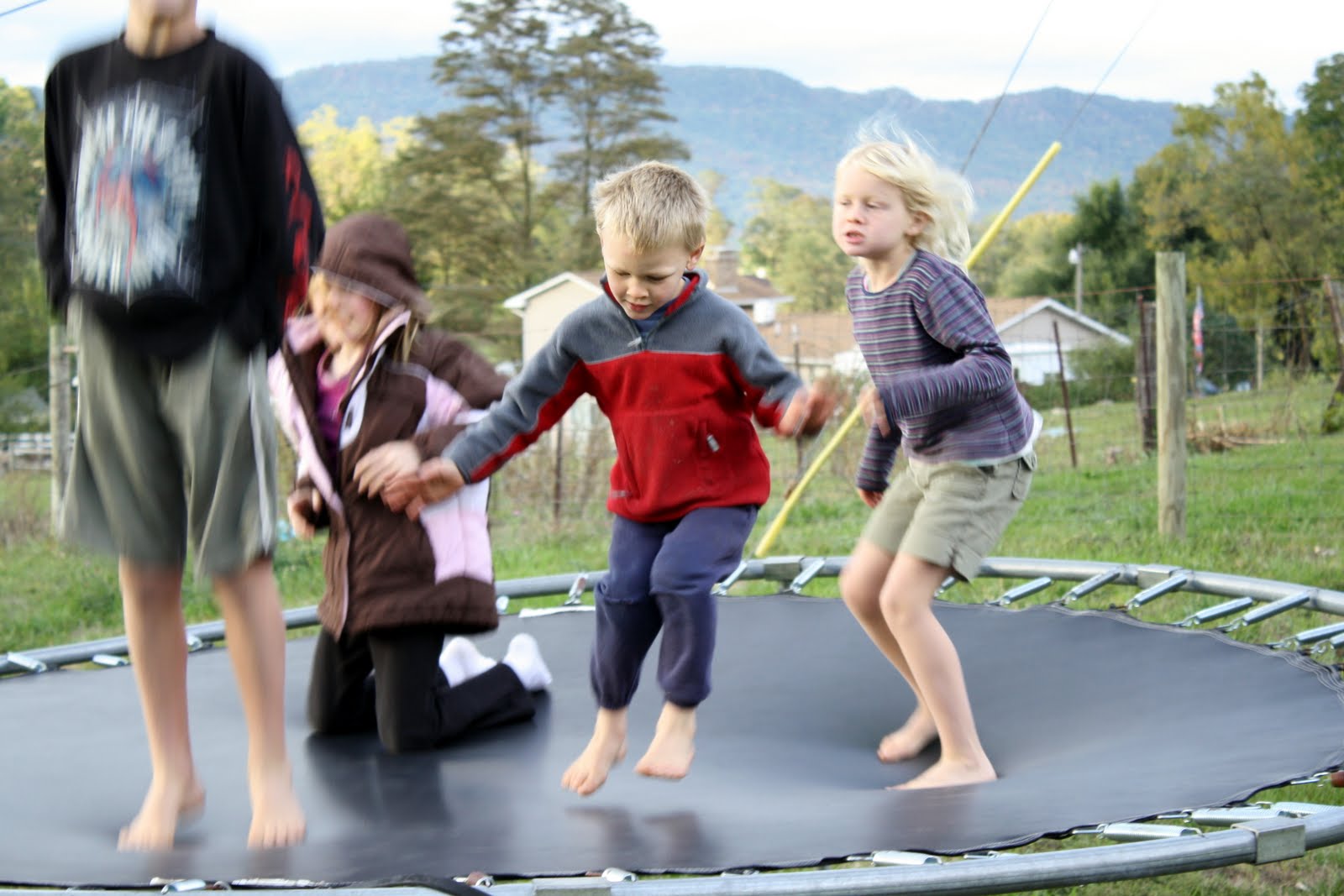 One of my hopes is to be able to take non-blurry action photos. It worked! (Though I still have much to learn, of course.) 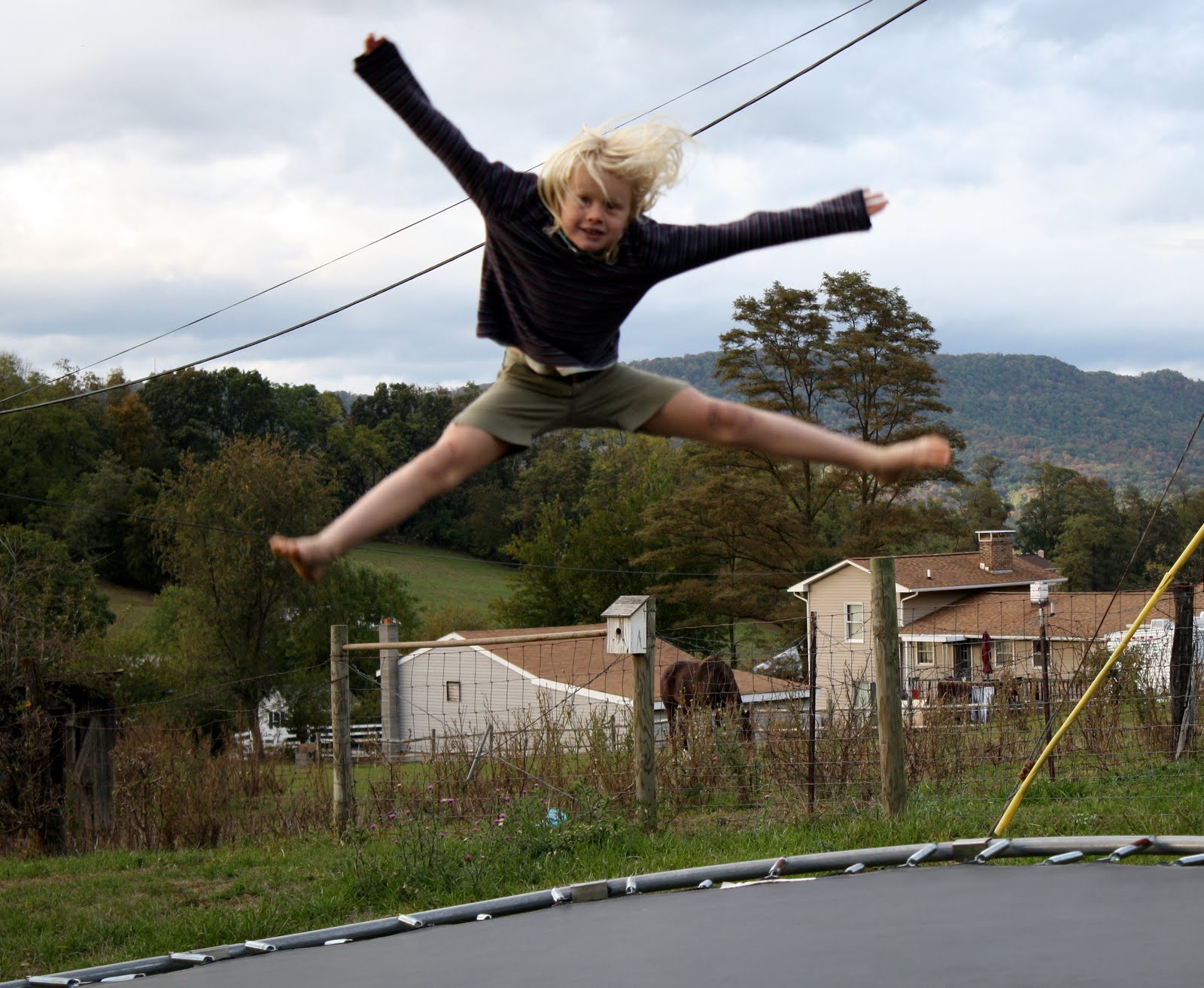 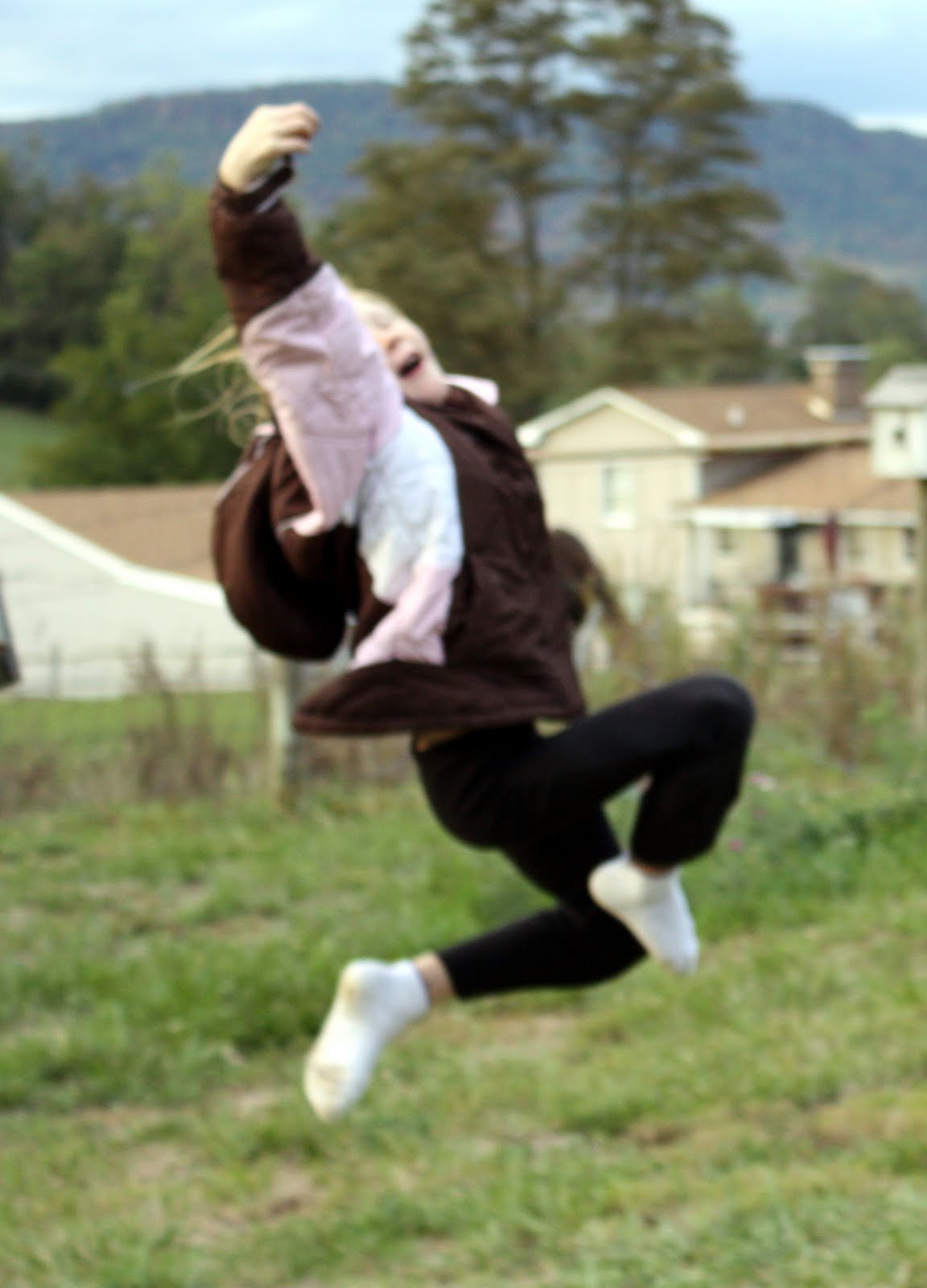 This picture of Miss Beccaboo jumping off the swing is super blurry, but her ballet pose was too good not to share. 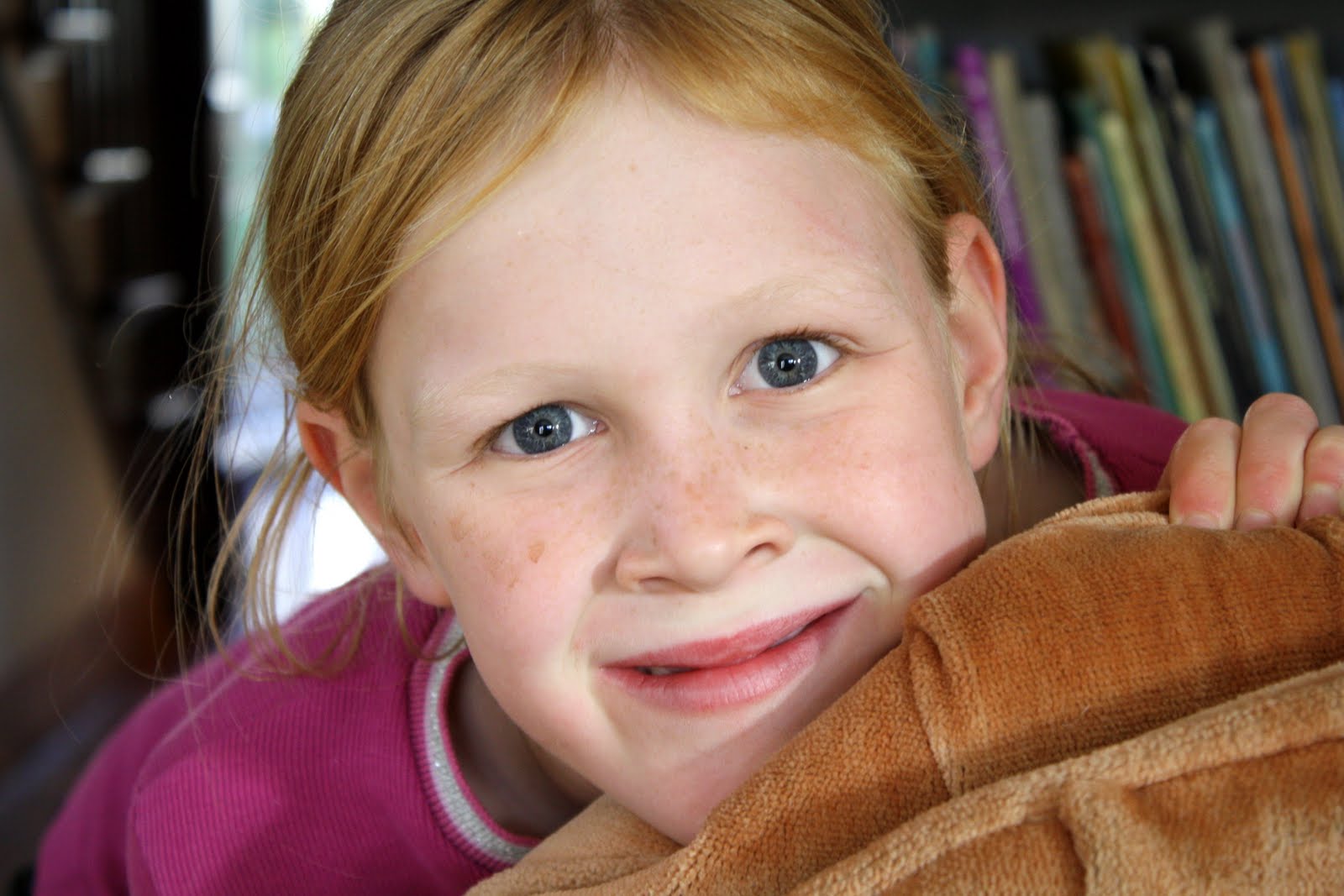 By suppertime (which I didn’t cook, by the way—I told everyone ahead of time that I was not cooking supper as I fully planned to be otherwise occupied—we reheated some pulled beef, made buttered toast, opened a jar of applesauce, and called it good) I was positively giddy.

And then this morning at some ungodly hour, my foggy brain surfaced just enough for the memory of the camera to come swimming into focus and I mumbled, “I have my new camera!” Then I rolled over and sunk back into la-la land.

Funny thing was, when I finally did wake up for real, I was so tickled with my new toy that I still felt like I was la-la land.

I love it when dreams come true.