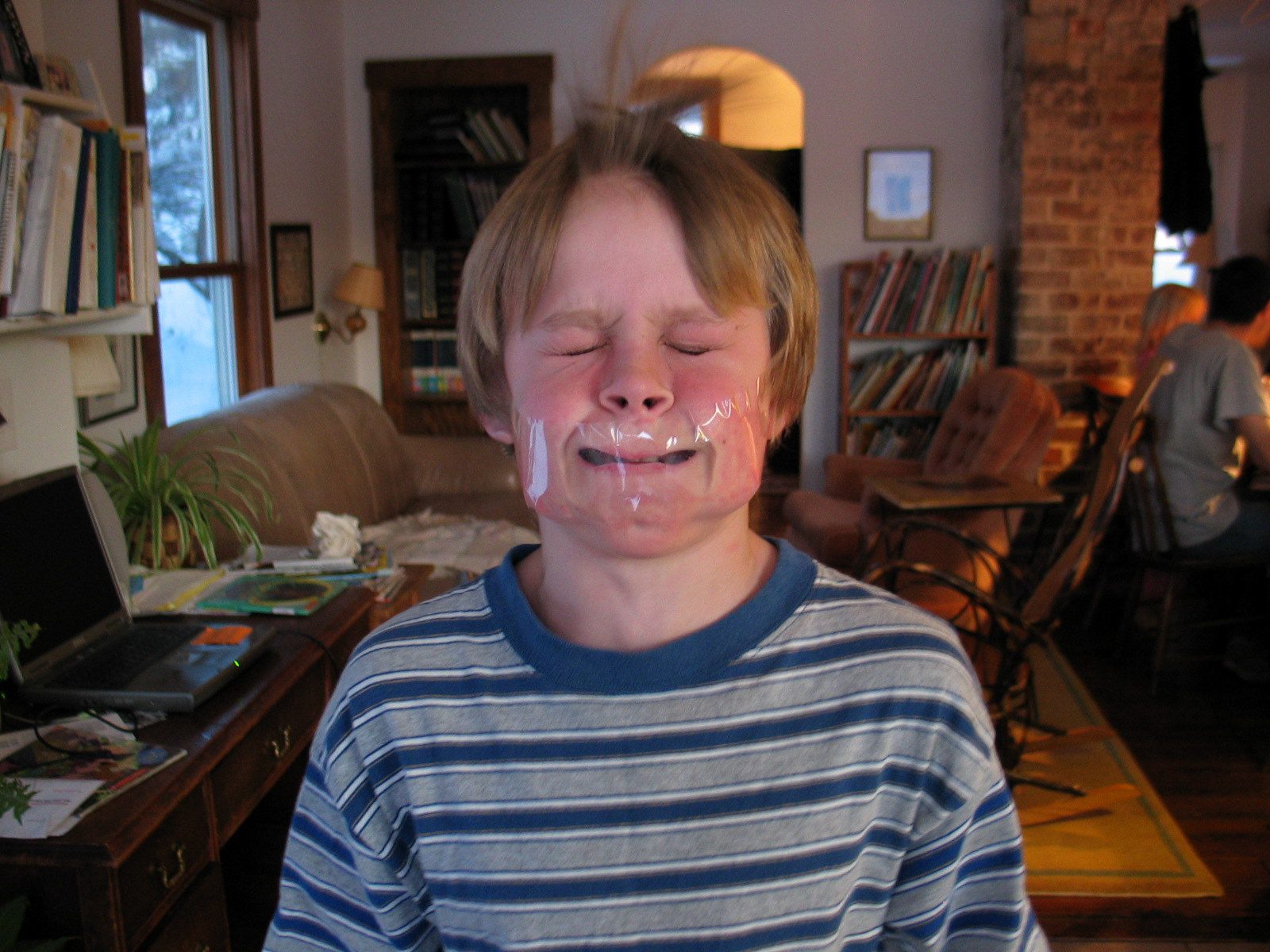 Yo-Yo has been begging us to quit the spending fast. That he is unable to convince us to buy him a treat irritates him to no end. We’ve pointed out that he has his own money to spend, that he’s not starving, and that we’ve met all his needs (buying the kid underwear to replace his shredded loincloths doesn’t count as breaking the fast), but that doesn’t appease him any. Simply the idea of self-imposed frugality bugs him. What he doesn’t realize is that now that we know he’s watching and understands our little game, he’s given us more reason than ever to stick it out, to show him how few monetary needs we really have. There’s a lesson here, kiddo! Listen up!

Poor child. The suffering we inflict on him has no end.

So far we’re doing pretty good, though I must admit that I was sorely tempted to buy a coffee this morning when I went to Barnes and Noble for some writing time. To sit in a café and use their electricity (no wireless, though!) without buying anything at all brought on some tiny twinges of guilt, but I was strong. I buy coffees other times, I reasoned. I don’t need to buy them every time. (Right?)

Now that I have no flexibility with my purchases, I detest grocery shopping. Last night’s trip to the store was just so dang boring:

As I was putting the milk in the fridge I got an incredible urge for a bowl of bought cereal, pretzels, ice cream, chips, and popcorn. So I made popcorn and opened a quart of grape juice. That was nice.

But not as nice as it could’ve been.

We still have insane amounts of food in this house. Wanna see? 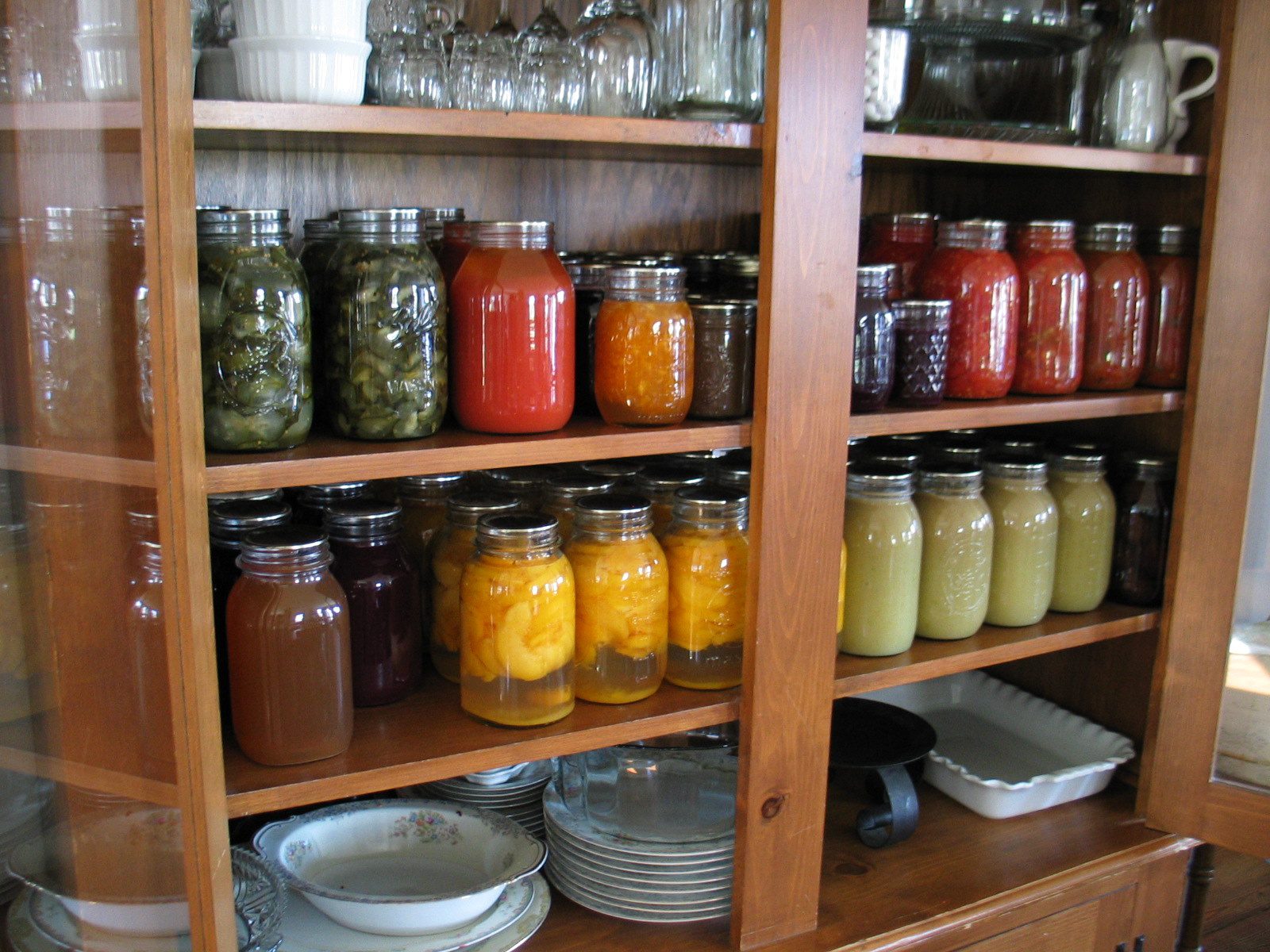 Here’s the jelly cupboard. (Can you see where I took out the jar of grape juice to go with last night’s popcorn?) Mr. Handsome hauled two wash basket loads of canned goods from the basement and restocked the shelves. This is what the shelves in the basement look like now. 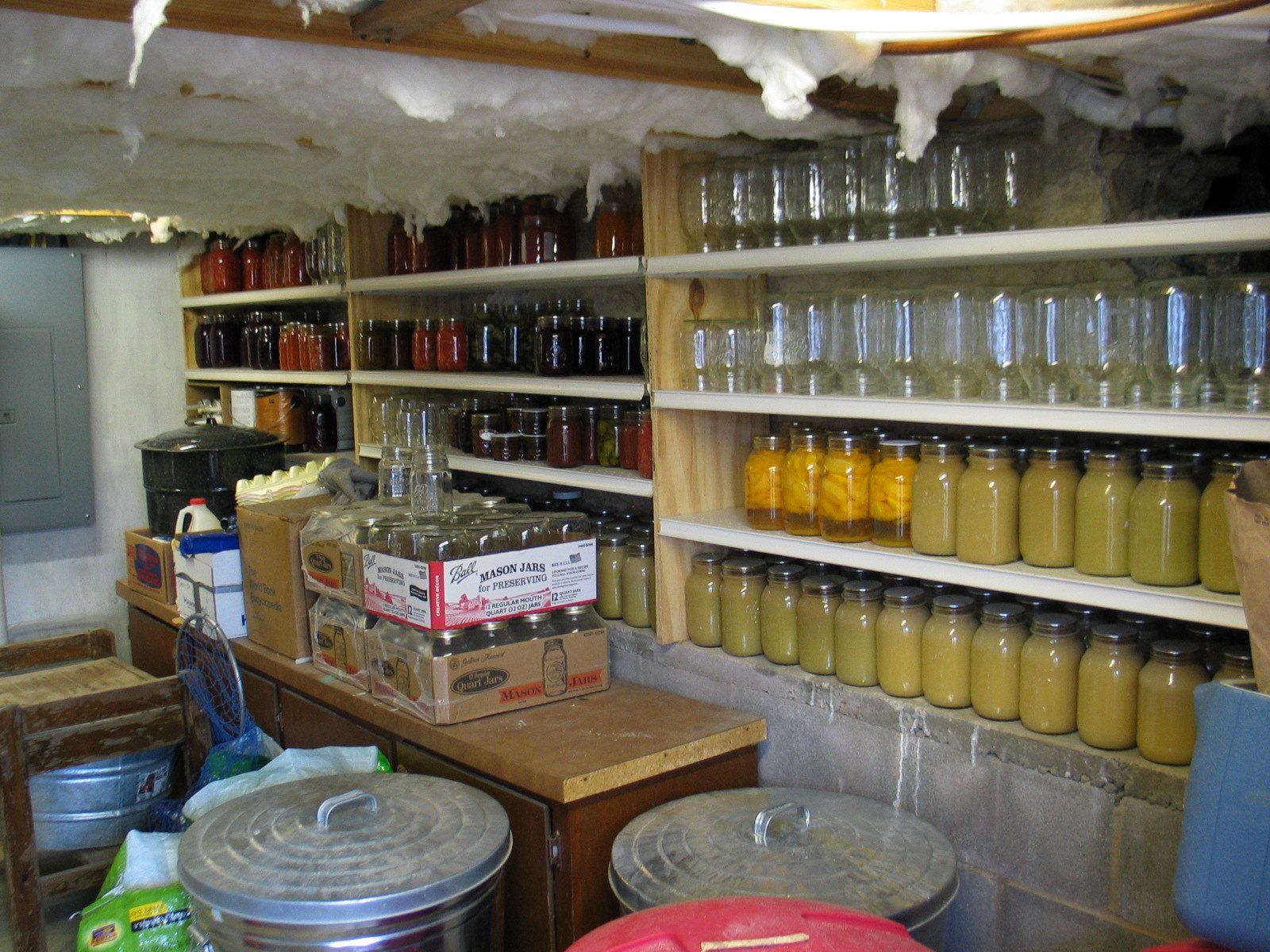 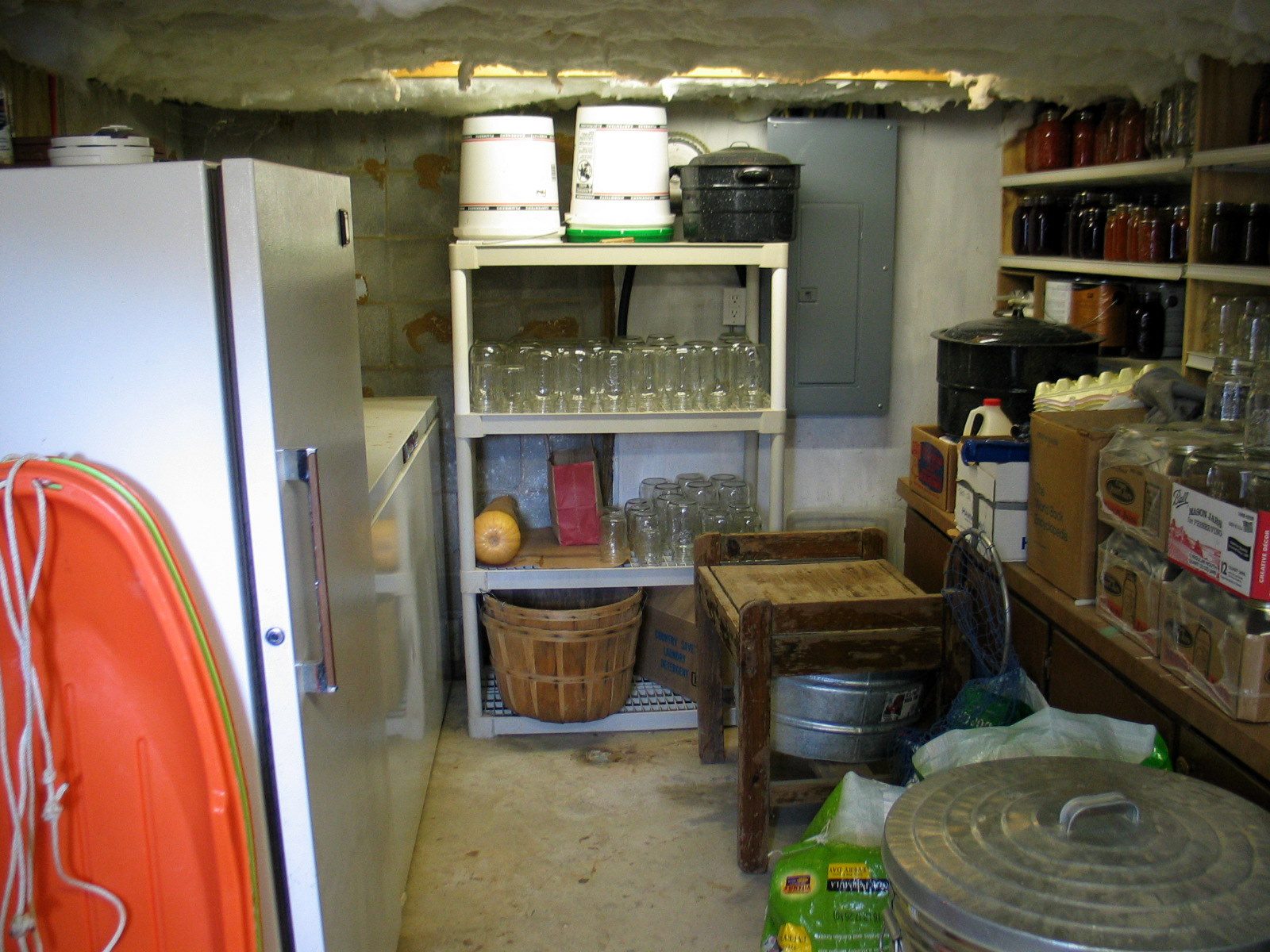 (To provide perspective, this is what we started with. It might not seem much more than what you see in these photos, but it is. Trust me.)

We’re doing our best to put a serious dent in the food supply (we’re pretty much having an applesauce free-for-all), but it’s a big job. We had three extra kids to feed yesterday, so unbeknownst to them, I enlisted their services. 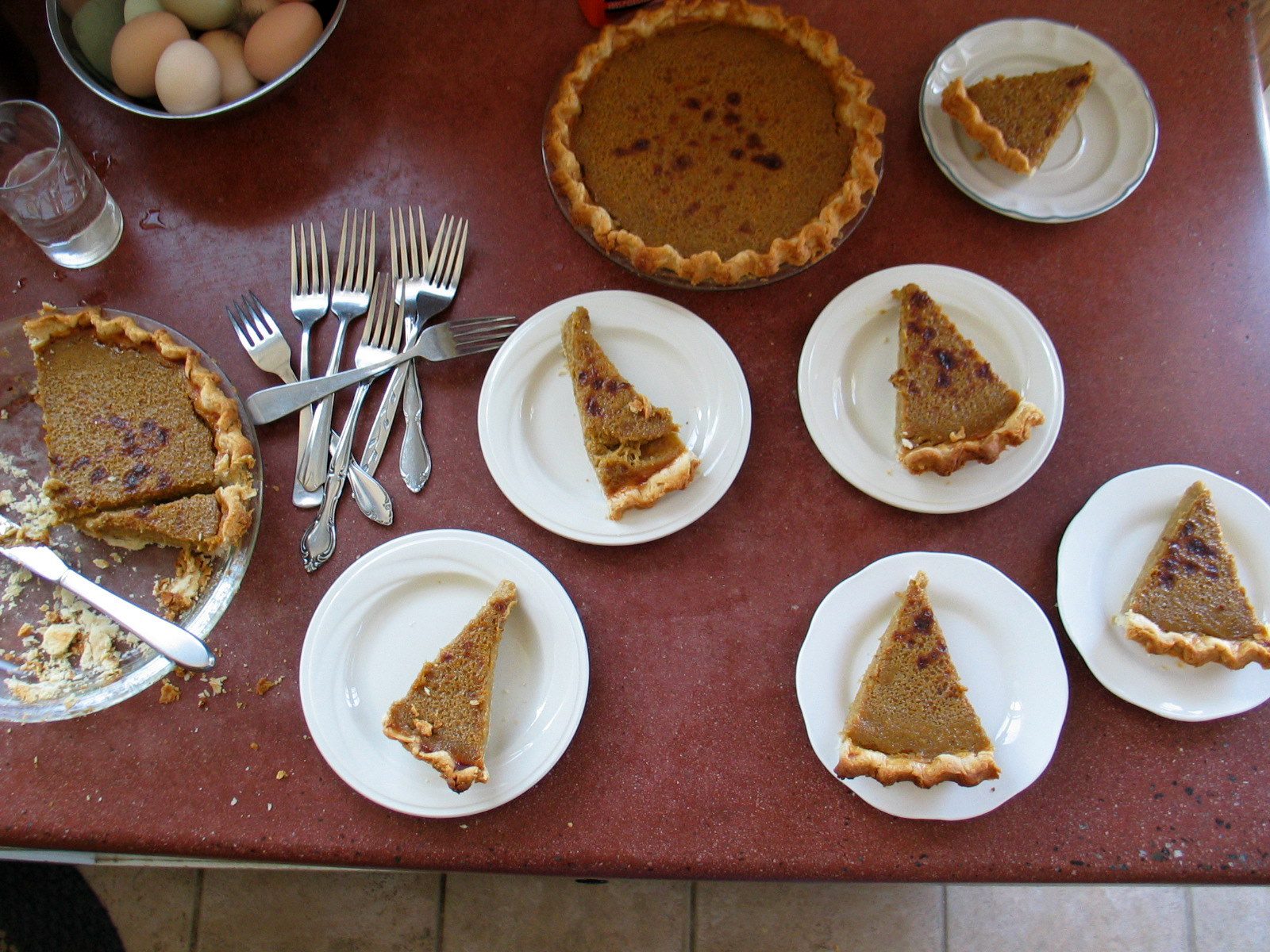 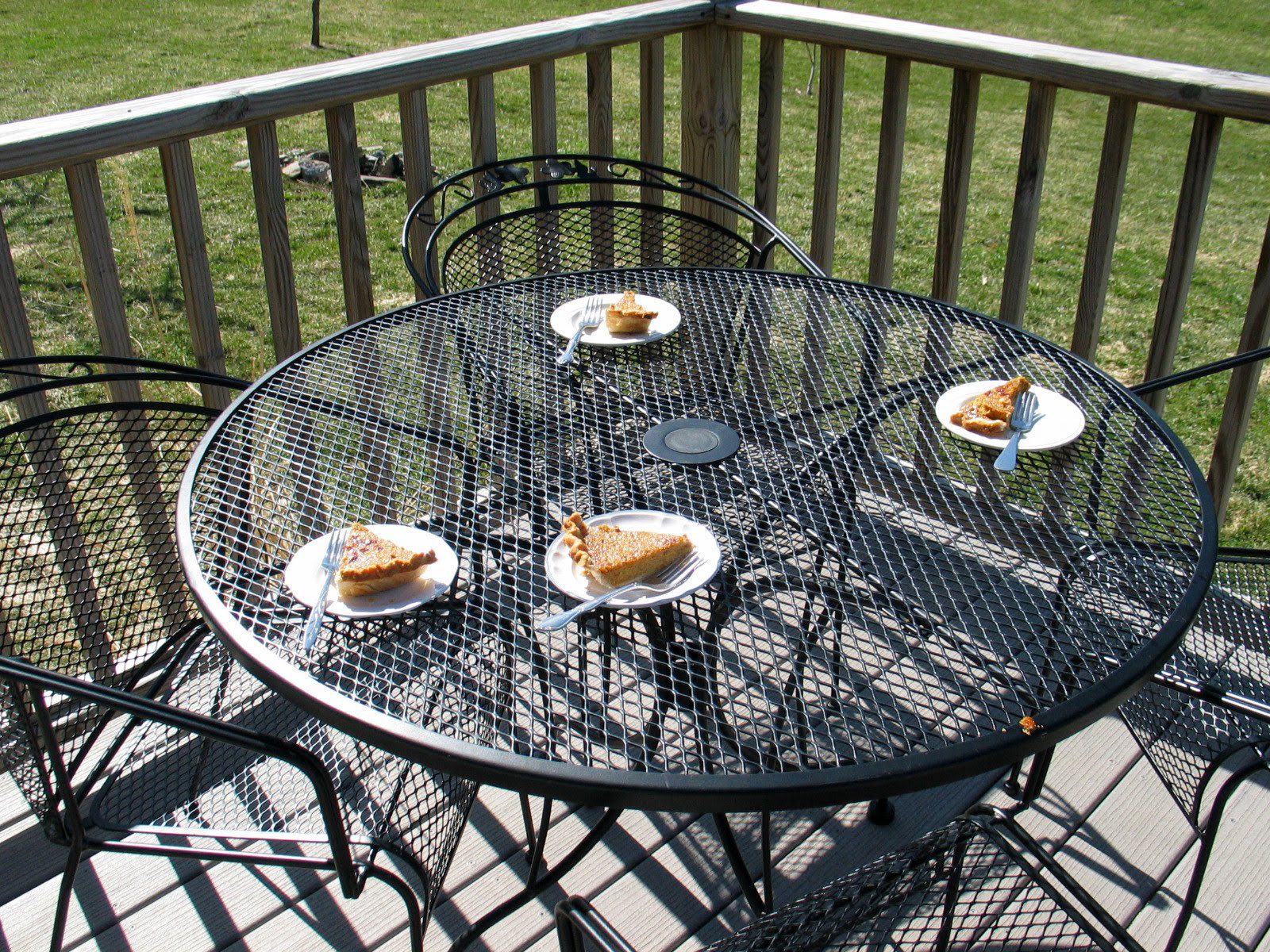 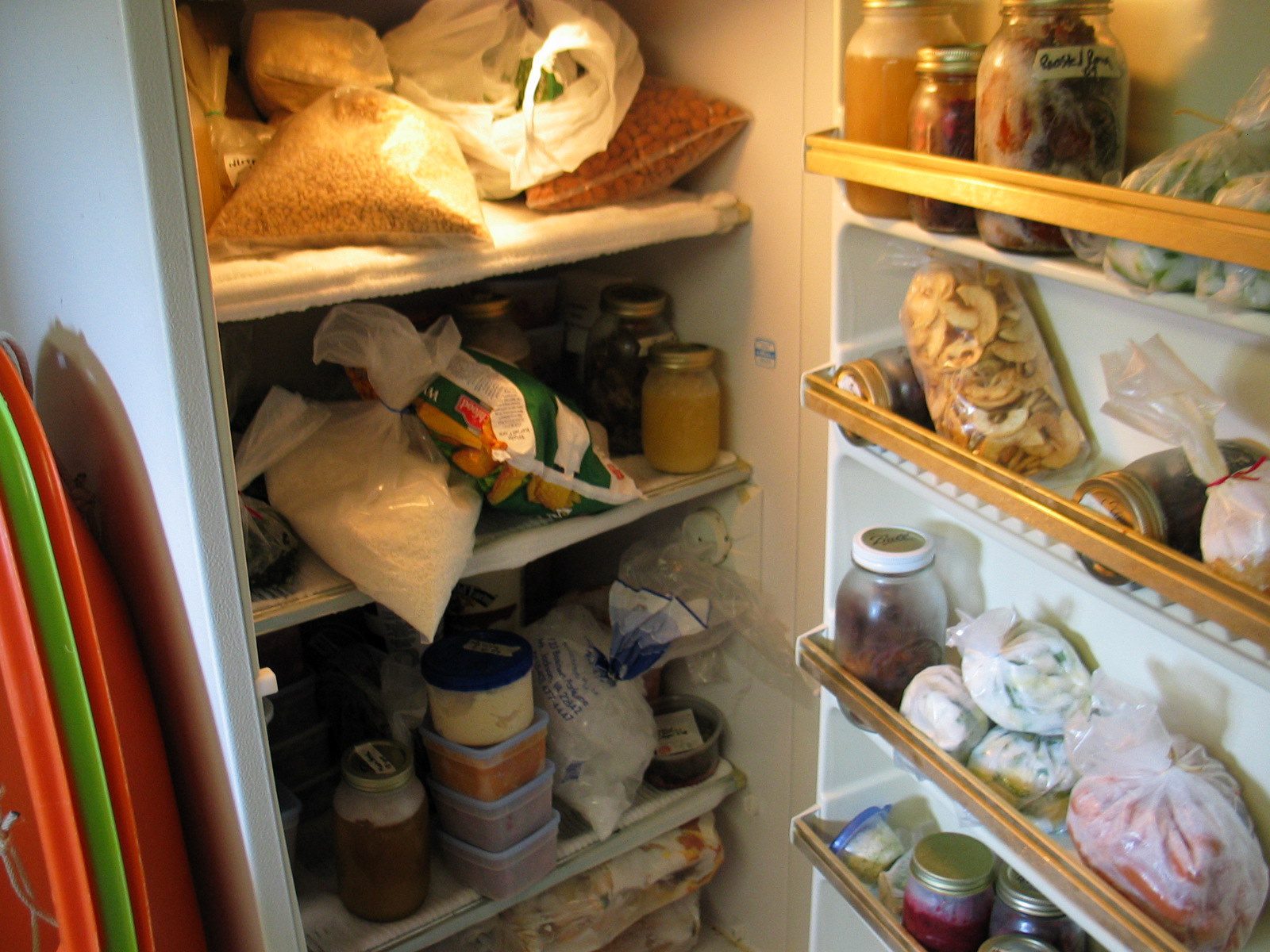 They’re emptying out nicely but there’s still a ridiculous amount of food in them. 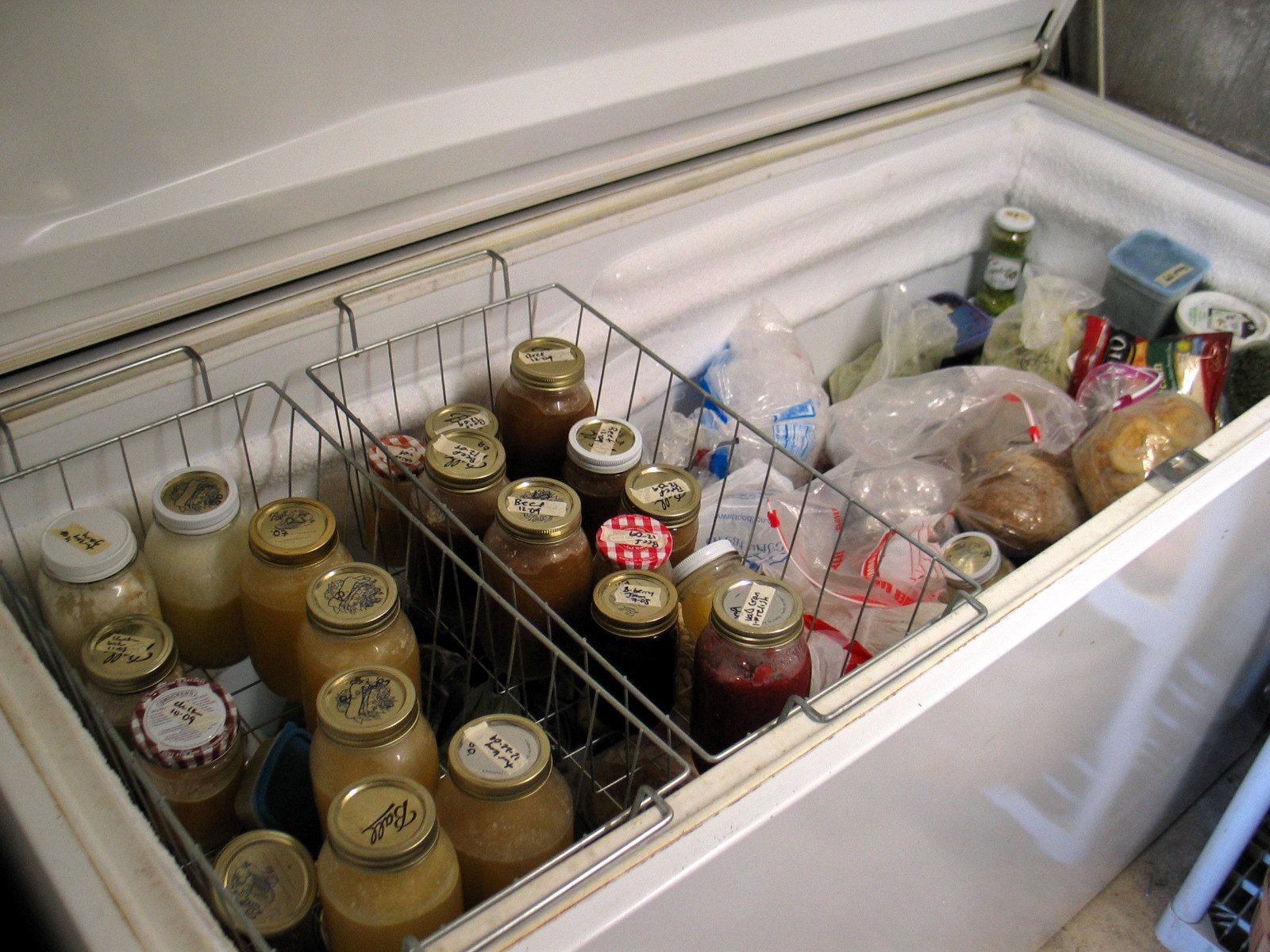 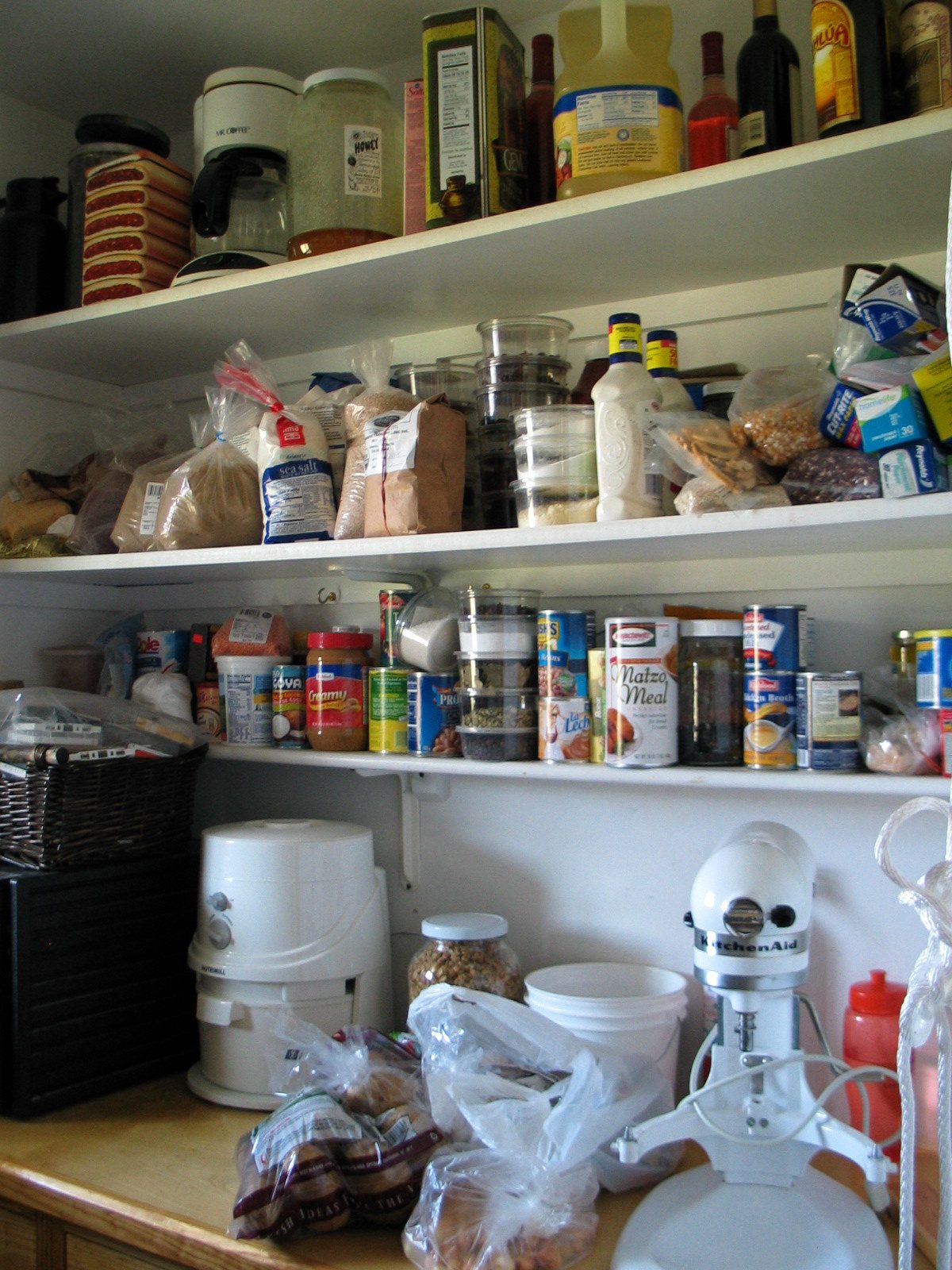 There have only been a couple times that I’ve seriously felt the pinch. This morning at the café was one of those times, and the other time was when we went to Pittsburgh—making stops for junk food and coffee was out of the question (though Mr. Handsome did get a plain tall coffee because he was falling asleep—it was a question of life or death) and we relied on my brother for any entrance fees (he may have done that anyway in his role of host, but we didn’t even offer to chip in, something I don’t like not doing). (I did take him a box filled with various jars of canned goods.)

I have a list of things that I want to buy when we go off the freeze—for starters, chocolate tights, mascara, a camera battery, a flowy blouse, and sunglasses—but for now I’m sitting tight. I have a feeling that it might be quite awhile before Mr. Handsome buckles.

Until then, we certainly are in no danger of starving.

Two months, and one week and counting…..

About one year ago: To the dentist she goes, kind of.