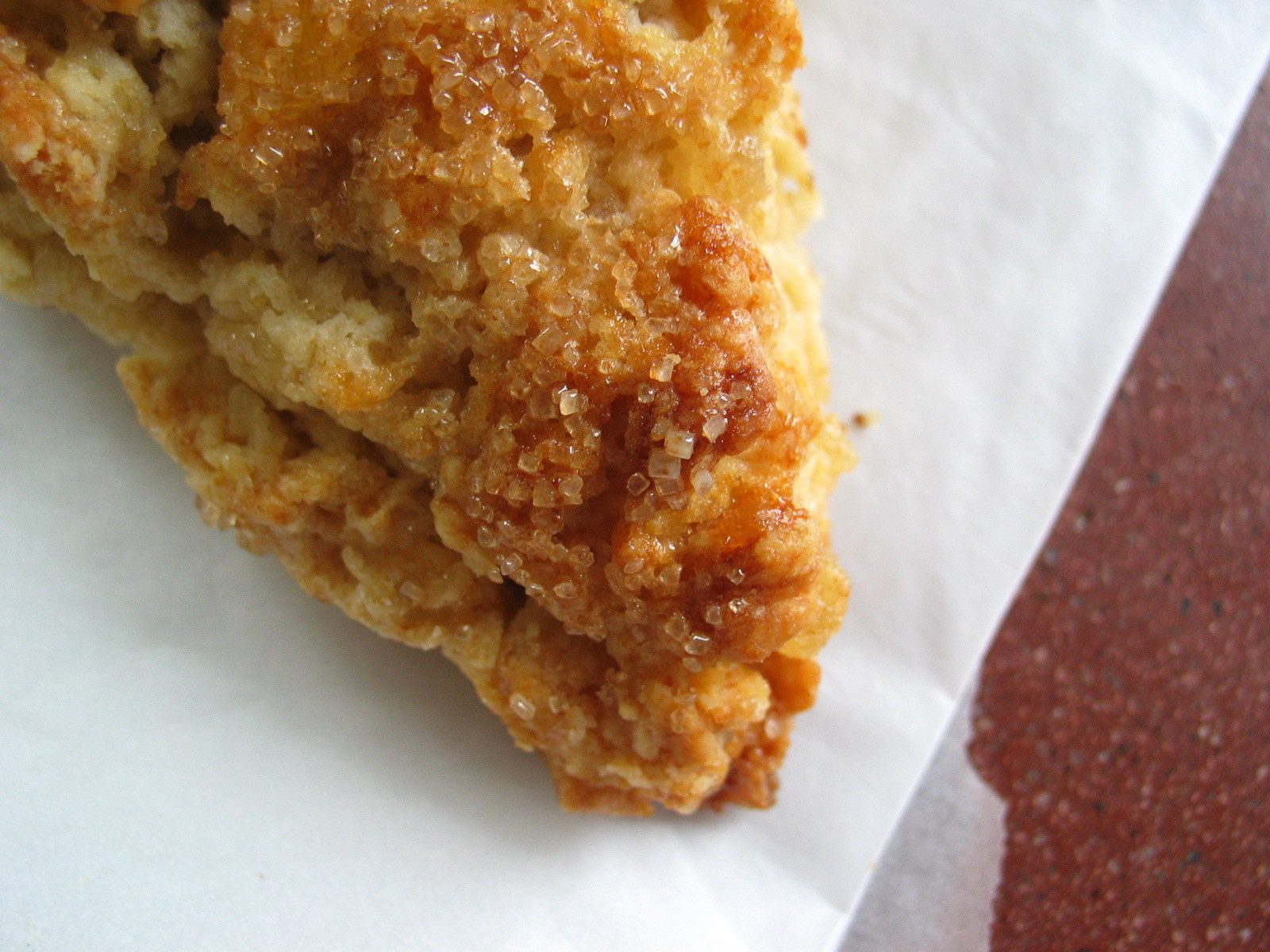 These days I’ve been finding it increasingly difficult to blog. It may have something to do with feeling like my brain is kind of empty, like there is nothing worth pointing out (which is so NOT true because everyone knows that it’s the little things that make the good stories), that I have too many ideas (yes, I realize I just contradicted myself), that no one cares (hear me out—I’ll try to not be too pathetic), and that I’m a bad writer. I know where this last one comes from: my mother.

No, no, no, my mother did not tell me I’m a bad writer; on the contrary, she is quite encouraging. But see, I just wrote an article (two, actually) that I’ve submitted for publication and she edited them for me.

“Edited” is such a mild-sounding word, isn’t it? Kind of neutral, peaceful and unobtrusive?

Well, let me tell you, it’s not any of that. It’s a wickedly violent word, fiercely cutthroat and bloody. It gouges and slashes, seemingly at random, and then as suddenly as it attacks, it spins on its heel and is gone, leaving a royal mess of decapitated ideas and shattered words in its wake.

Okay, so that’s a little bit of an exaggeration (and the analogy is flawed, of course, because violence doesn’t bring about something better, but editing does), but then again, it’s not that much of a stretch because it’s how I feel.

I took a college English course when I was a senior in high school and our professor, Mr. Whitmore, a brilliant man (and also, as it so happens, the English professor of Henry Louis Gates, Jr, the author of Colored People and the man who got arrested and was then invited to drink a beer with Obama a couple months back), got the privilege of drilling us in the art of the three-point essay. We had to churn out a new essay every couple weeks or so, and he was a tough grader, the type of teacher that every nerdy student longed to impress. He probably never had any idea of the suffering his essay assignments wrought in our little West Virginian house.

It would go something like this: I’d work on my essay and then give it to Mom. She’d glance at it briefly before handing it back, saying, “Two of your three points are redundant, and your second point should come first. But your bigger problem is your thesis statement—it’s a bit vague, I think. What’s the point you’re trying to make?”

So I would try again. And again and again and again. I’d yell and cry and slam my bedroom door. Mom would lecture. I’d give her the silent treatment, and she would reciprocate. Yet I persisted in handing over each new version of the essay for her to critique. It was agony, pure and simple. But I got an A in the class.

Now that I’m an adult (and a homeschooling mother of four, at that), I still ask my mother to edit all my writing: speeches, articles, stories, tricky letters, complicated church announcements, my letter to the editor of Newsweek magazine THAT GOT PUBLISHED (it happened about five years ago but I still think about that glorious moment in all caps), but I don’t let her edit this blog. I don’t want to obsess about this space, crafting it into something perfect; it would take too much time and suck all the joy out of it, though I’m sure it would be more enjoyable and meaningful for others to read. This is a space for me to just talk off the top of my head, to edit myself in my own (poor) way, to make me write.

But I’m obsessing anyway, having trouble writing simple blog posts after these recent bouts of editing. I mean, my mother tore apart my article numerous times—too wordy, misspellings galore, unclear ideas, weak sentence structure, yadda-yadda-yadda. Needless to say, I feel a little insecure right now, not quite worthy of perching a laptop on my knee.

(Let me pause here for a moment of clarification: I am not bothered by other writers’ mistakes. I may note them, but I don’t feel all critical and superior towards those people. [I’m assuming/hoping that others extend the same grace to me.] This is purely an internal battle, one that I’m sharing with the world because…well, I’m not exactly sure why. Maybe just to be honest. Whatever.)

But perch the laptop on my knee I will. Because I can, by gum! Perhaps this crazy desire to write without being edited is my own little way of thumbing my nose at my mother (after all, I never went through the required Age of Rebellion), good English, and my own perfectionist tendencies. Or maybe it’s just the lazy way out. In any case, I’ll keep plugging away in my little unedited corner of bloggyland, and whenever I need to write something professional, I’ll be shooting my mother an email. (Mom, I’m not really thumbing my nose at you. But then, you knew that, right?)

I don’t know where this post is going anymore, but one more interesting (to me, anyway) thing about editing before I move on to something edible: a couple weeks ago Mr. Handsome listened to an NPR story on editing. The person was saying that “drafts” have become a thing of the past. No longer are there first, second, and third drafts because people write on the computer, editing as they go. (In that sentence alone, I spell-checked, back-spaced, and deleted more times than I can count, and it’s still not how I want it.) It used to be that writers thought long and hard about what they wanted to say, typed everything out, edited excessively, and then retyped the whole thing. I think the NPR speaker was making the point that we lose something (not sure what) when we take the “draft” component out of writing. Or maybe I made that up.

Back to my mother (and I spelled “mother” as “mover,” which she is): she used a manual typewriter till I was in college. You know, the kind that calls all your finger muscles into use, that makes loud plunk-plunk noises, and that hides no mistakes. I remember my mother typing out the final drafts of her articles over and over again—if she made so much as one tiny mistake, she’d groan and sigh heavily, rip the paper off the roller thingy, and start over again. It was painful to watch. (By the way, I’m keeping my eyes open for one of those old clunky machines; I think it would be a great learning tool/play thing for the kids.)

My mother gradually caught up with the times and got a word processor and then a computer (and then a fancier computer and then a laptop as well). Despite the progress, she still looks like this, wild-haired and vacant-eyed, when she writes:

See, she suffers, too (though she has replaced the glass goggles with smaller, stylish frames and combs her hair, most days). I can’t resent her too much. 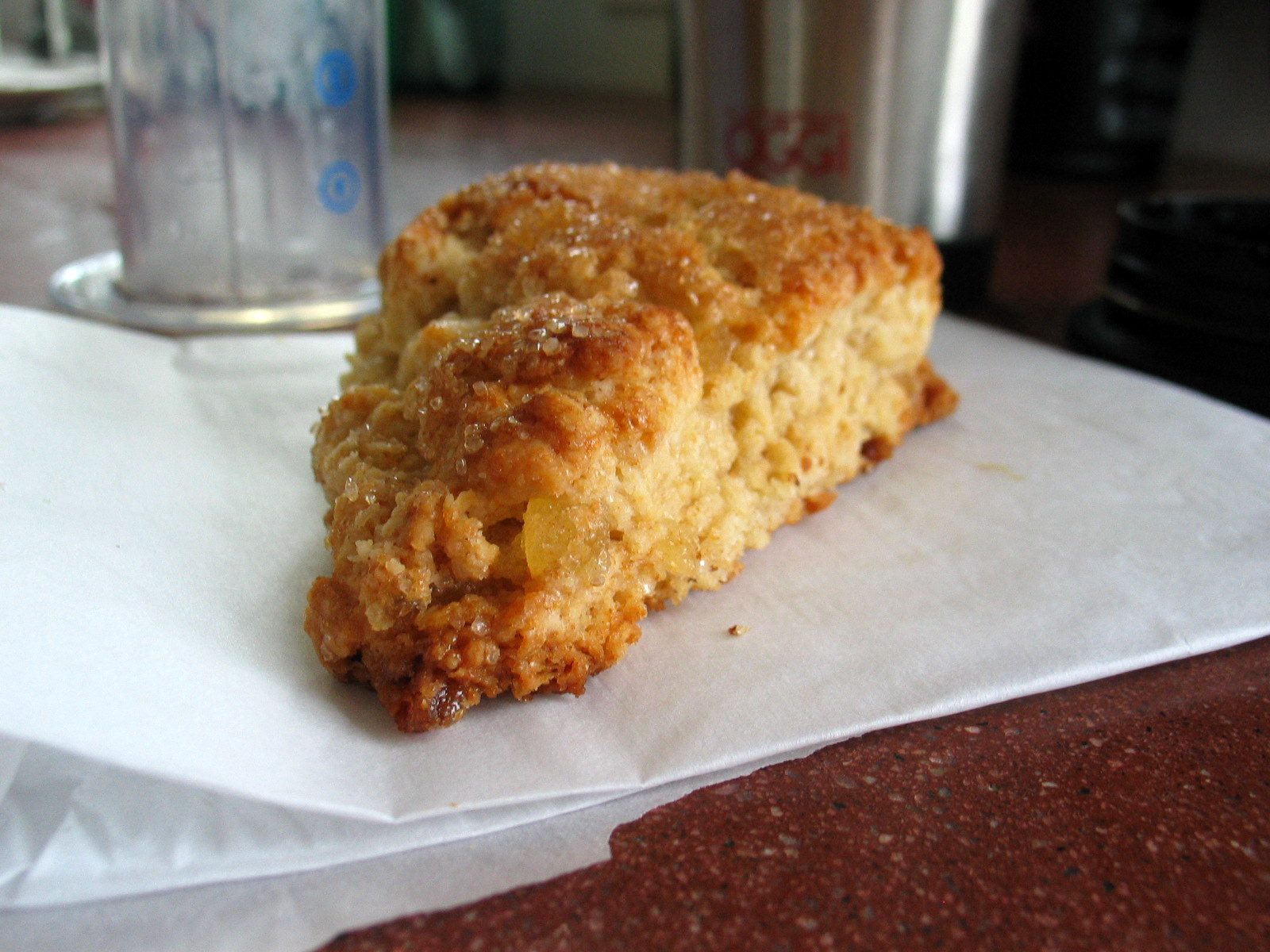 Now. How about we shift gears and talk about scones? The good thing about these beauts is that they are perfection in a biscuit (er, scone), so you can create them as outlined below, no editing necessary, though after you gorge yourself, you might wish you could backspace. 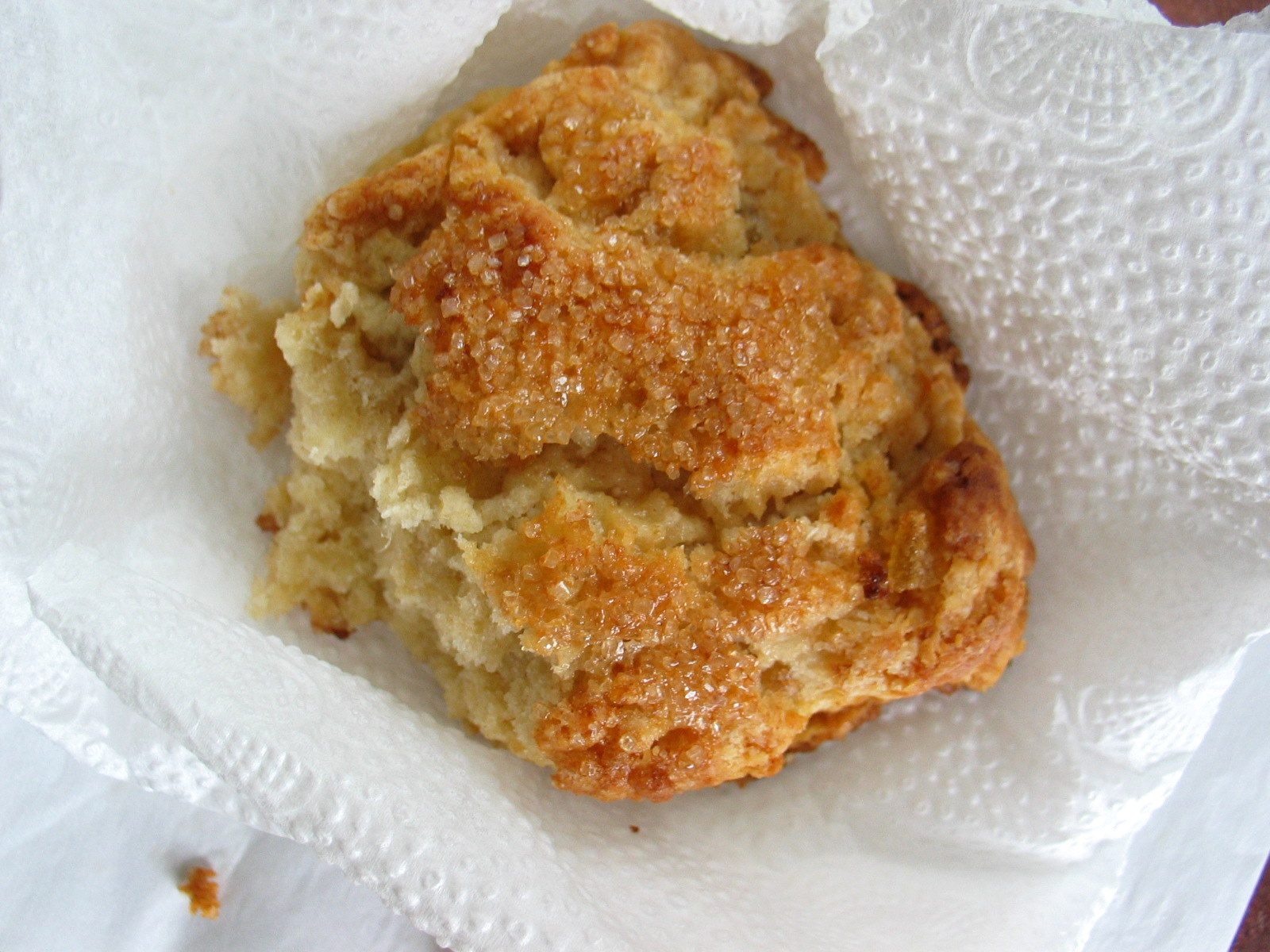 Put the chilled cubes of butter in a food processor along with the flour, sugar, baking powder, ground ginger, salt, and zest. Pulse for 10-15 seconds until there are no longer any large lumps. (Or, if you prefer, simply rub the butter into the flour mixture with your fingers.)

Dump the mixture into a large bowl and add the crystallized ginger. Fold in the whipped cream. Knead the dough lightly, shape it into a ball, and then press it into a disk that is 6 inches in diameter and about 3/4 inches thick. Wrap the disk in plastic wrap and chill it in the refrigerator for about an hour.

After the dough has chilled (do not omit that step as the dough is very tender and will lose its shape if it is not sufficiently firm when it goes into the oven), remove it from the fridge, unwrap it, and cut it into eight wedges. Place the wedges on a lightly greased baking sheet, brush the tops with cream and sprinkle liberally with sugar. Bake the scones at 400 degrees for 15-20 minutes.

Serve warm or at room temperature. Any leftover scones should be stored in a tightly sealed plastic bag in the freezer; to thaw, remove them from the bag and set on a plate.

Do ahead: Rose suggests flash-freezing the cut, raw scones and then storing them in a plastic bag in the freezer. When ready to bake, simply place them on the baking sheets, brush with cream, sprinkle with sugar, and bake. Add 5-7 minutes to the baking time. I haven’t tried this yet, but I plan to.

About One Year Ago: A poor, little-widdle smashed finger.