Yesterday after a morning of writing, I heated up my lunch of leftovers and drove over to my mom’s to sit on her porch in the sun and eat it. While I shoveled my spinach and rice into my mouth (first setting aside a sample for her to taste), she scurried around, collecting her lunch, making coffee, running back into the house for brownies and chocolate, shouting at my dad to tie Buster before he drove off, untying Buster after Dad drove off, and so on. We sat there on the porch for a long time, sipping coffee and running our mouths about all sorts of things: writing, books, food, friends, kids, the works.

“You have to post about that spinach stuff,” she said when I was leaving. “And if you don’t post about it soon, please send me the recipe.”

Which was just the incentive I needed to get back to this space. Thanks, Mom. 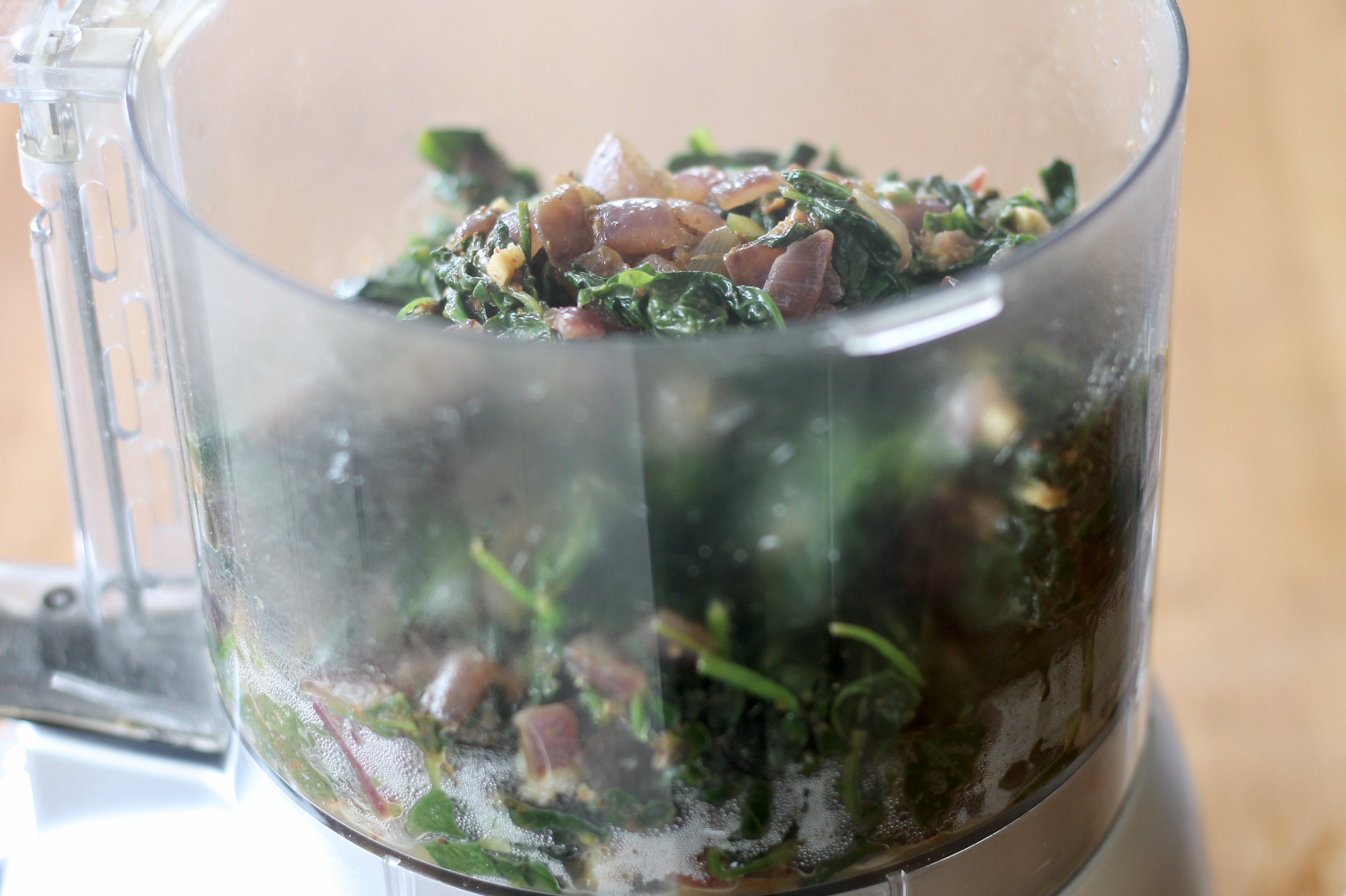 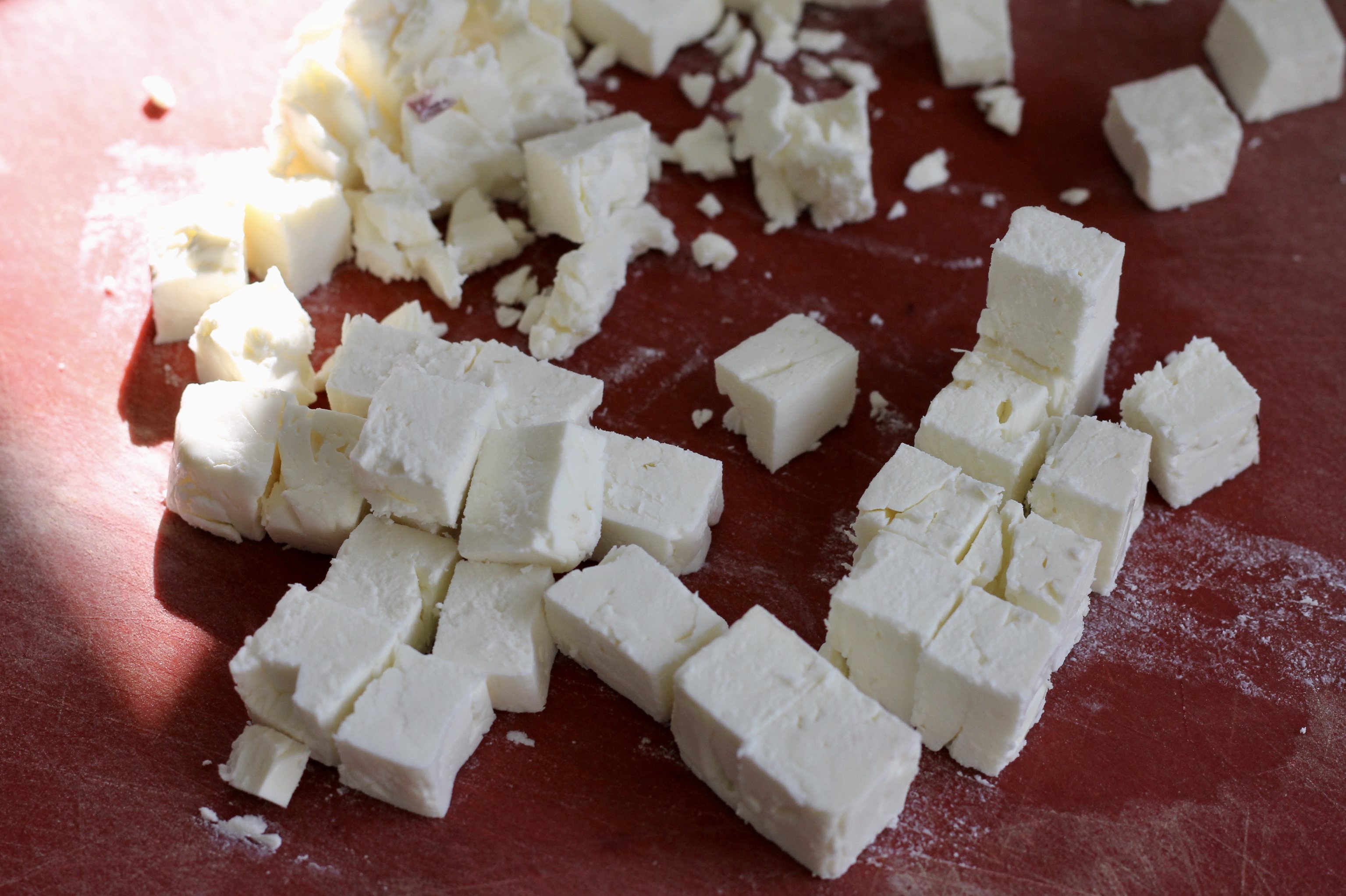 I’ve made this spinach dish — saag paneer, but bastardized à la Priya Krishna of Indian-ish Cookbook fame — two times now. The first time I used whole coriander seeds, as Priya said, but they didn’t blend up in the food processor so it was like eating a delicious gravy that’d been mixed with dozens of little pebbles. The kids were not impressed. 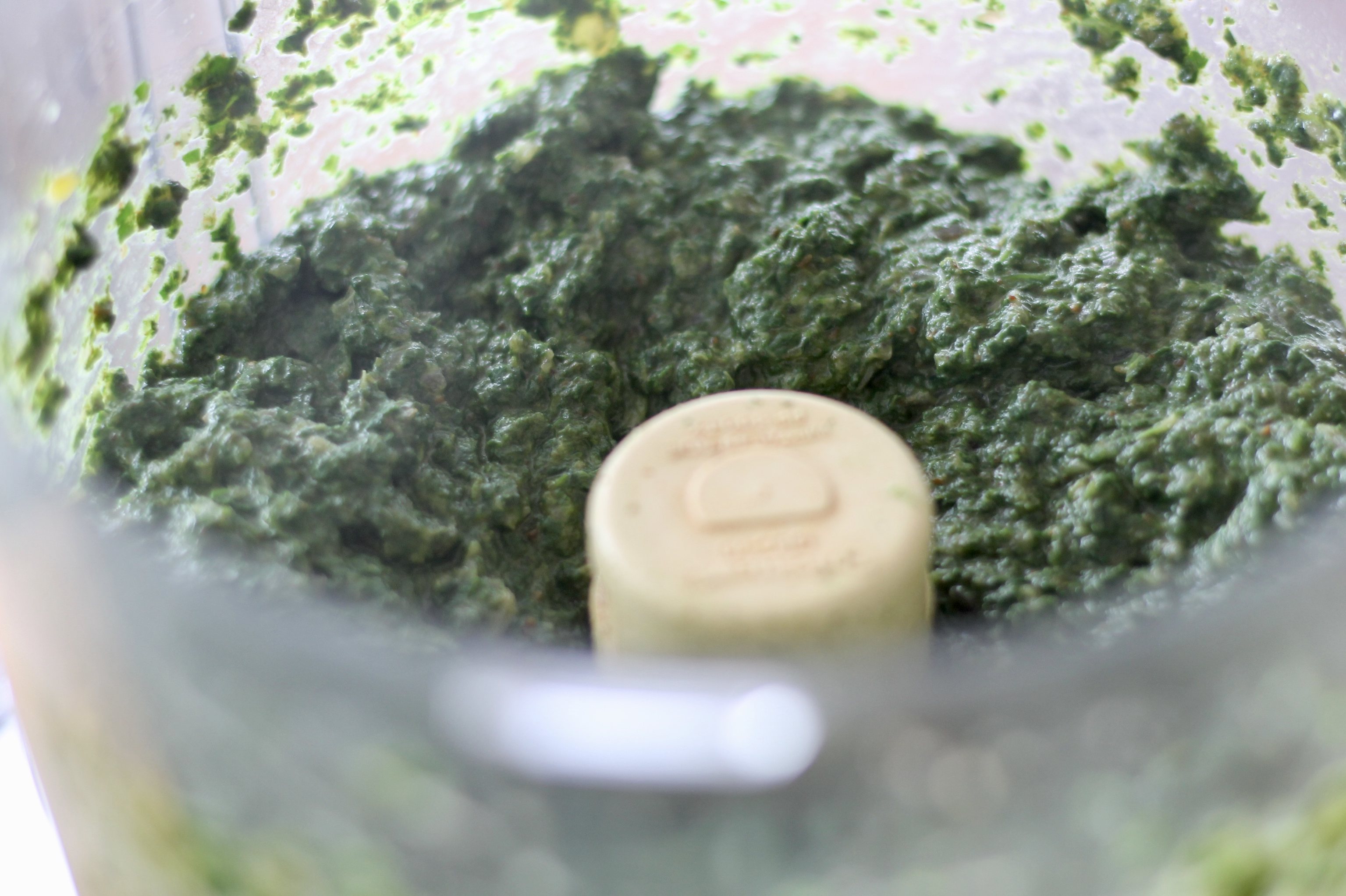 But the flavor was good! So I made it again, this time using ground coriander instead of the seeds — much better. 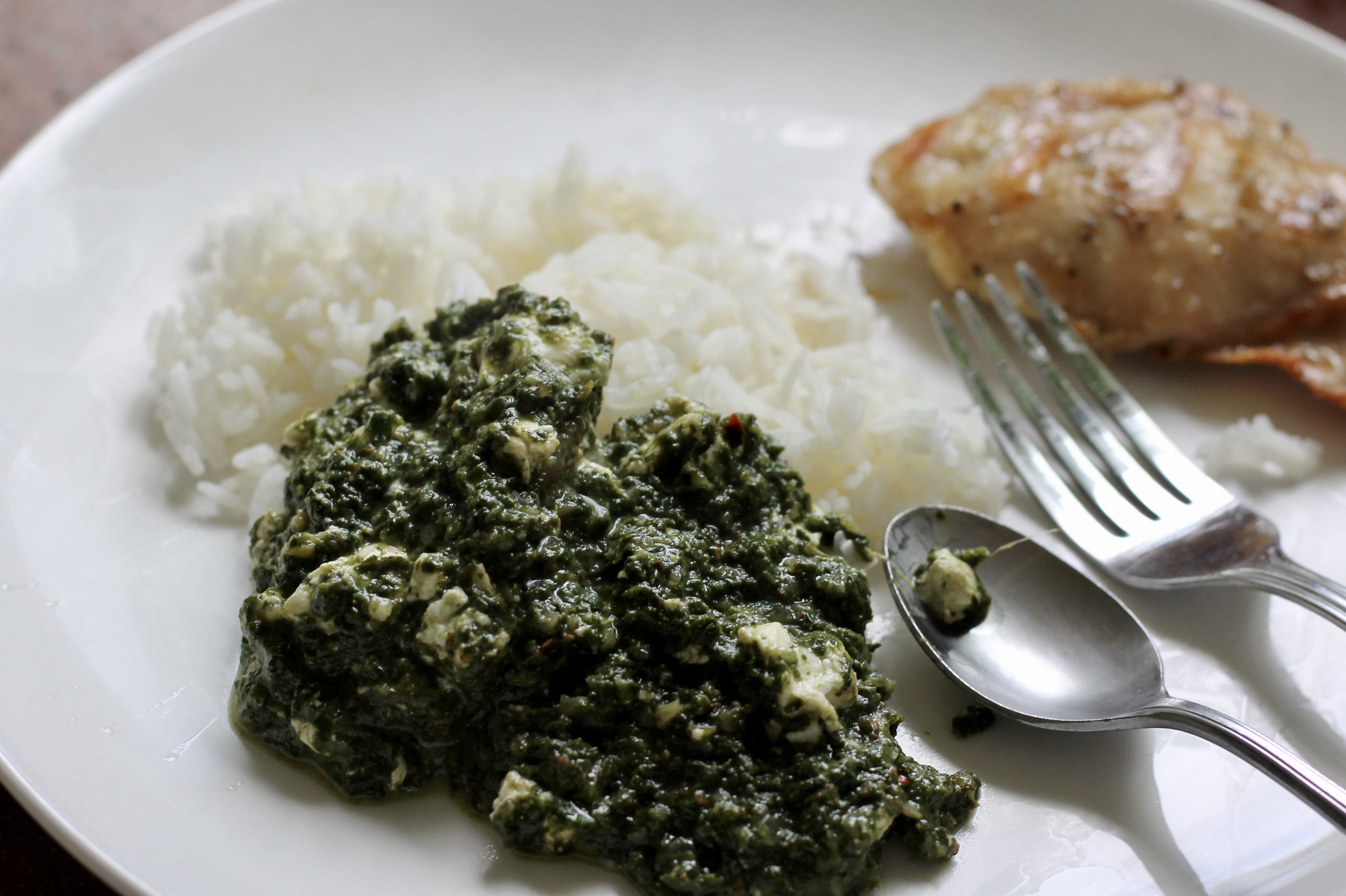 Adapted from Indian-ish by Priya Krishna.

To make your own ground coriander, toast a few tablespoons of coriander in a dry cast-iron skillet until the seeds have darkened a couple shades and are fragrant. Poor into a separate bowl and cool to room temp. Grind in a coffee grinder or blender.

Also, I’m not convinced that the cumin needs to be cooked separately and added last, along with the red pepper. Why not toss them in at the beginning along with the coriander and cardamom?

1 tablespoon fresh lime juice, about half of one lime

Heat ¼ cup of the olive oil In a large soup pan. Add the coriander and cardamom and cook for 1-2 minutes. Add the onion, reduce heat, and cook for 5-8 minutes until soft. Add ginger and garlic and cook for one more minute. Add the spinach and cook until wilted. Turn off the heat and add the jalapeno, salt, and lime juice.

Transfer the spinach to a food processor and pulse until nearly smooth (a little chunkiness is fine). Transfer the spinach mixture to a suitable kettle (the original one will feel much too big), add ½ cup of water, and gently stir in the chunks of feta. Cook on low heat for another five minutes, stirring carefully every couple minutes until the cheese has softened and everything is nice and hot.

In a separate small kettle, heat the remaining 2 tablespoons of olive oil and toss in the cumin seed. Simmer briefly, just until the seeds begin to brown, and then add the red pepper and pour the mixture into the spinach sauce.