I’ve been meaning to make pozole, the traditional Mexican stew, for years now, ever since I’d had it at a fund raiser dinner, but what with all the dried chiles and meat and assorted toppings and hominy (hominy? what even is that?), it seemed a bit involved.

But then David wrote about it and the recipe didn’t look nearly as complicated as I thought it’d be. A month before, I’d gotten over the hominy hump when I’d purchased a whole huge tin of the stuff for a sausage soup (spoiler: there’s nothing tricky or even very exotic about hominy) and now I had the leftover hominy stashed in the freezer. And, once I realized I already had hominy in the freezer, I remembered that I also had leftover Thanksgiving turkey and turkey broth down there as well. And then I checked my stash of dried chiles and, lo and behold, I had the exact ones the recipe called for! 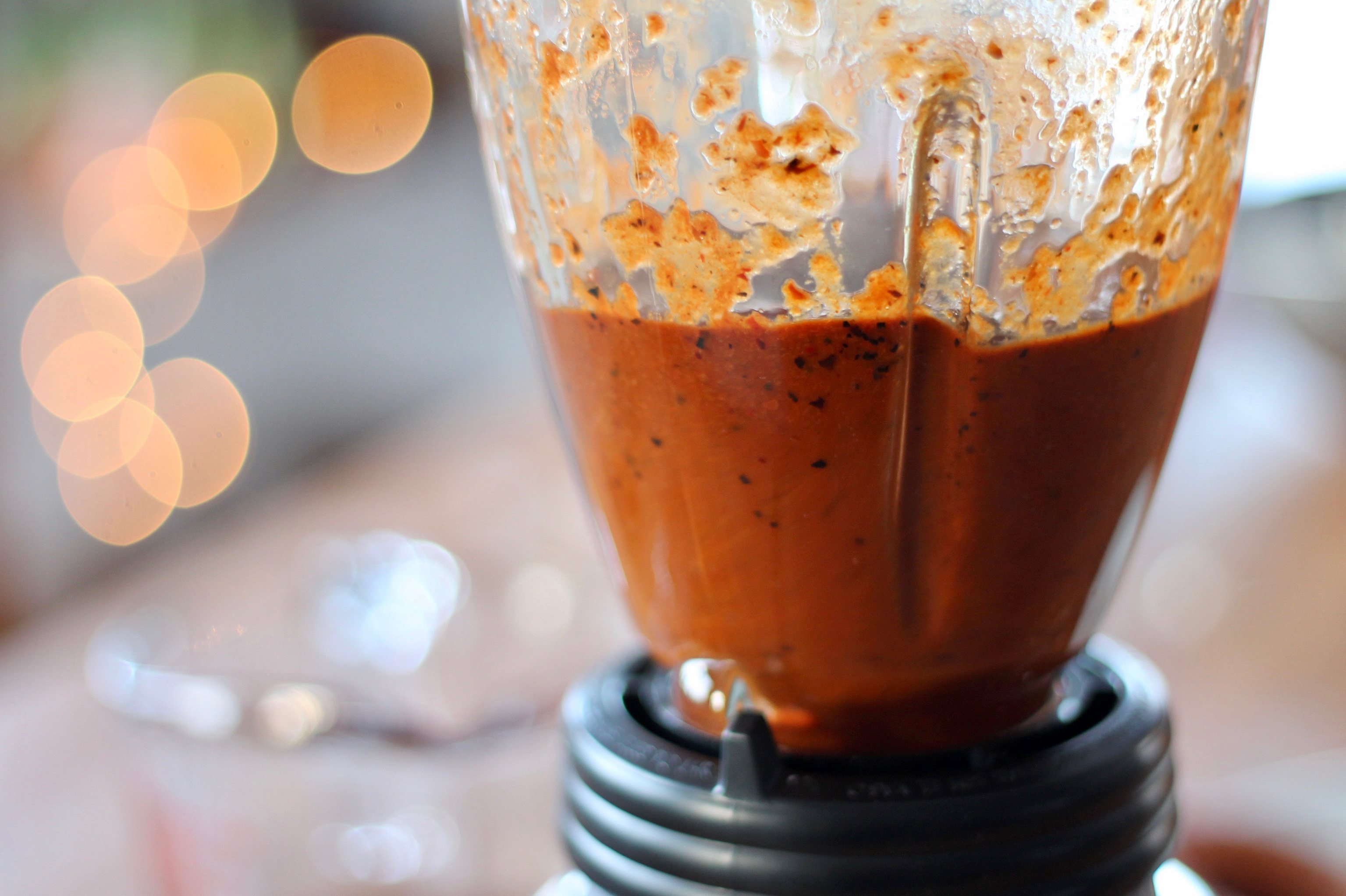 The soup came together super fast. Aside from the making of the red sauce — just soak the toasted peppers in water and then blend them into a paste), it was mostly just assembly. And boy, was it good — so nourishing and rich and tasty — and the second day it was even better. 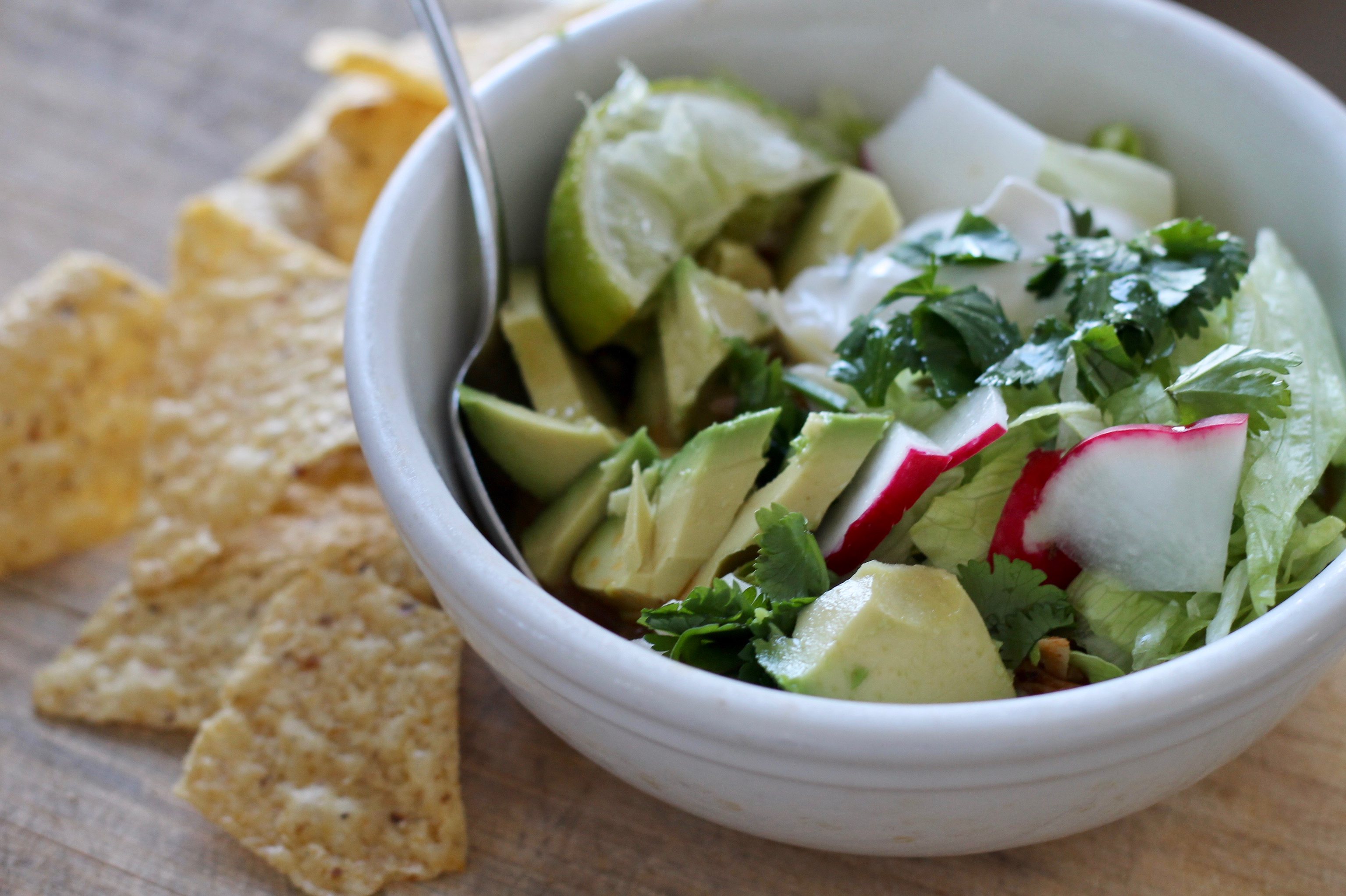 Half the soup is condiments (chopped lettuce, radishes, avocados, sour cream, hot sauce, lime, tortilla chips, whatever) which means it’s basically soup with a giant salad on top. How fun is that? 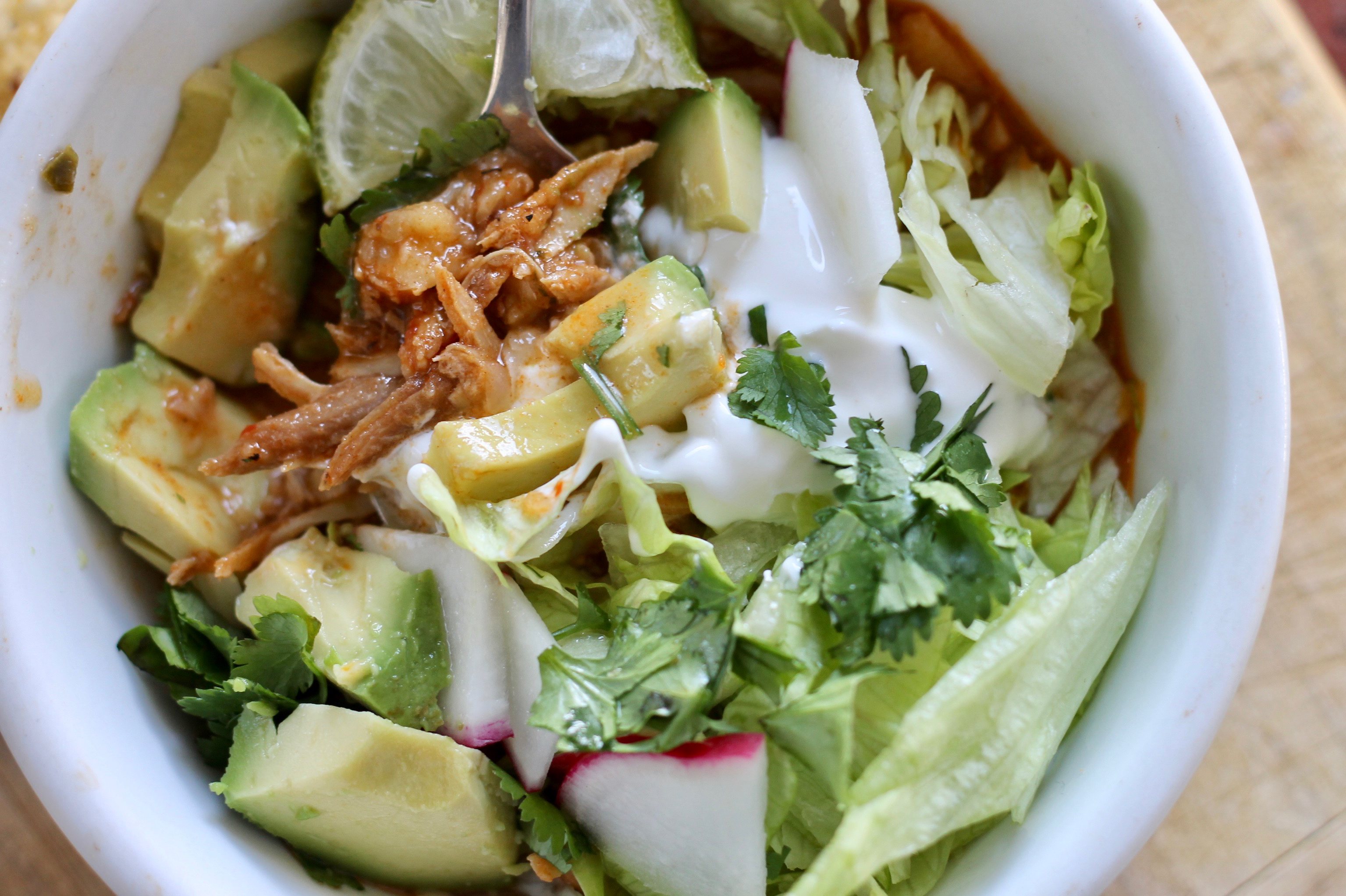 And! In the dead of winter, when we’re craving soup and becoming increasingly desperate for crunchy greens, pozole is the solution. The best of both worlds, it’ll do you good. Promise.

First, make the red sauce. Toast the chiles in a dry skillet over high heat until they are smokey hot and blackened in places. Place the chiles in bowl and add two cups of boiling water. Cover with a plate and soak for 15 minutes. Transfer the now-soggy chiles to a blender, add the onion and garlic, and blend, adding some of the soaking water as needed to make a thick, smooth paste.

Now, for the soup. Melt a generous scoop of lard (or a couple glugs of oil) in a large, heavy-bottomed kettle over medium-high heat. Add the red sauce and cook, stirring frequently, for about ten minutes — this deepens the sauce’s flavor and removes the bite from the garlic and onion. Whisk in the broth, and add the chicken and hominy. Bring everything to a boil before reducing the heat and simmering  for about 20 minutes. Season as needed.

To serve, ladle the pozole into bowls and pile on the condiments to high heaven.